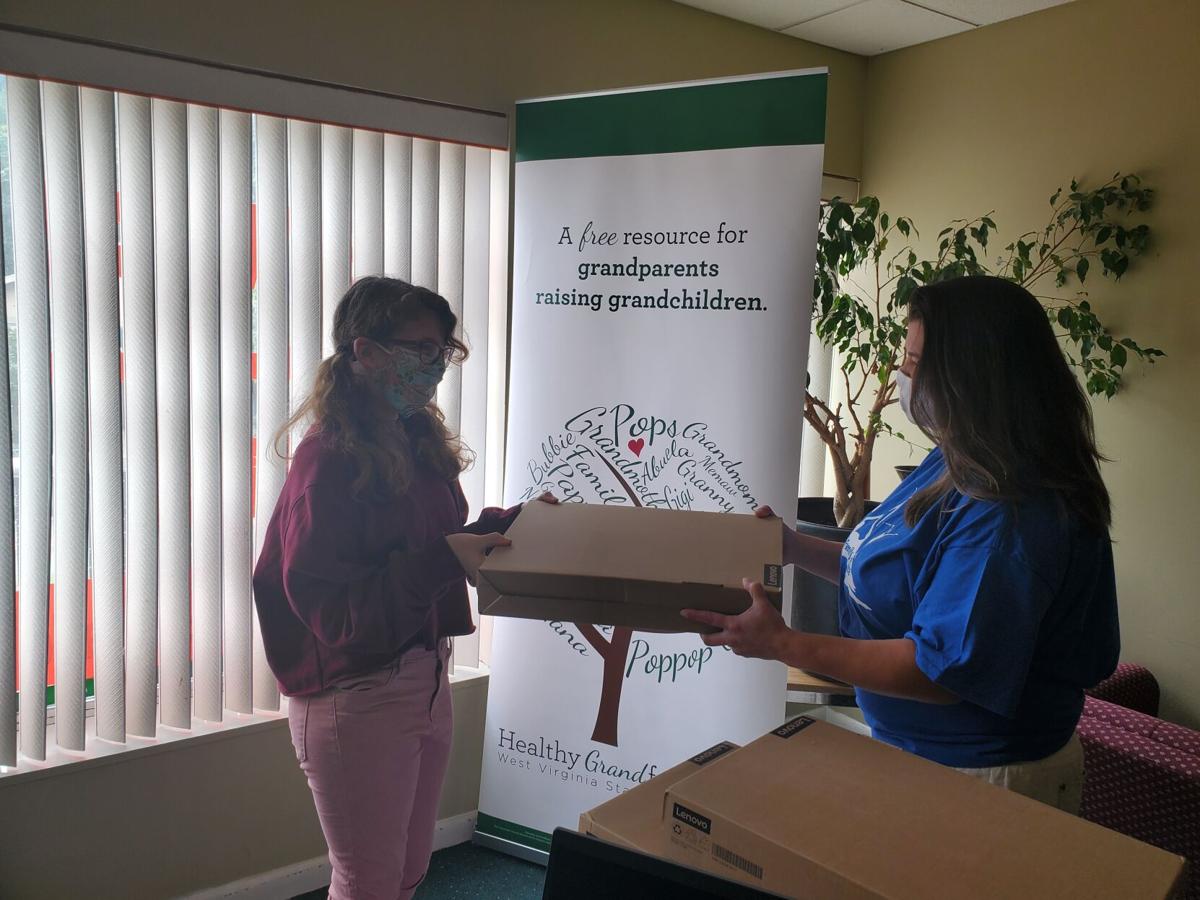 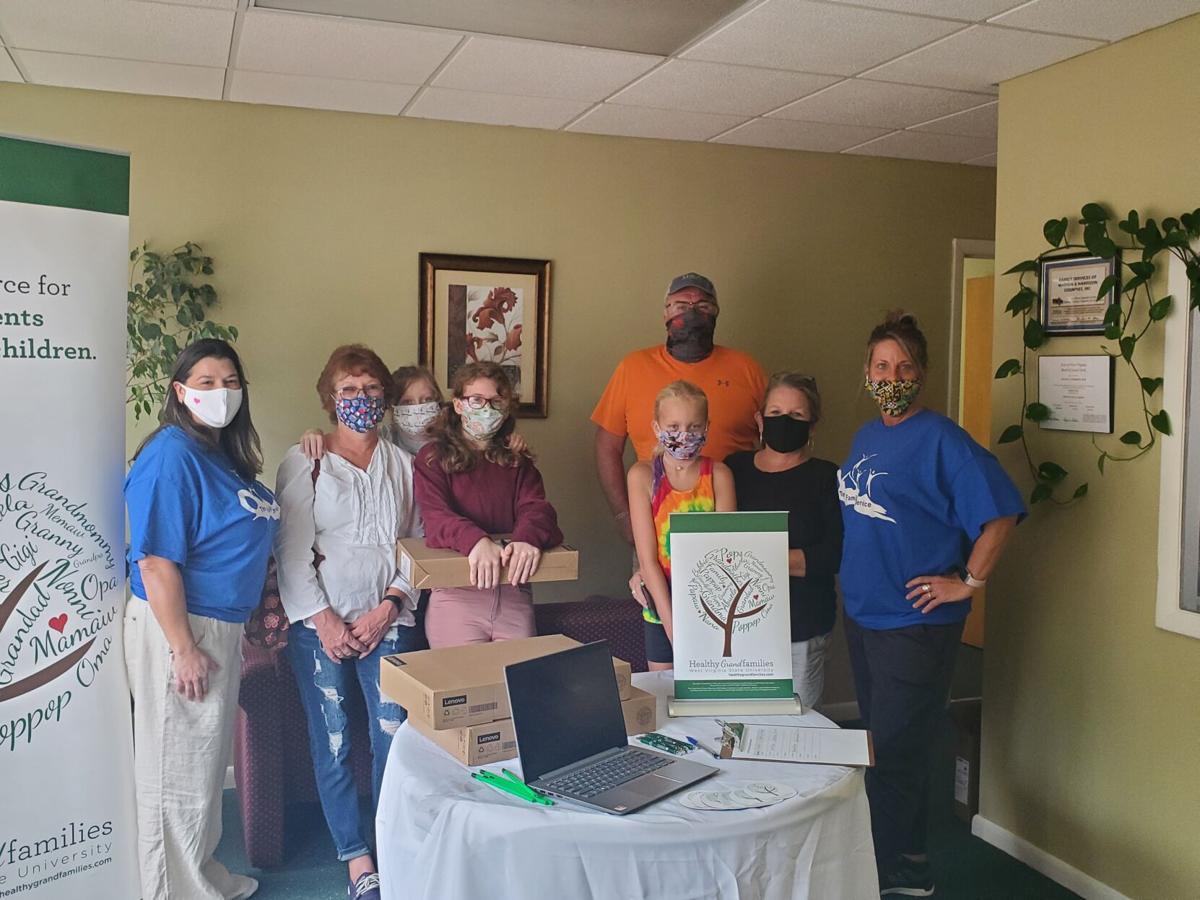 The Family Service of Marion and Harrison counties gave laptops to clients of its Healthy Grandfamilies program Thursday. 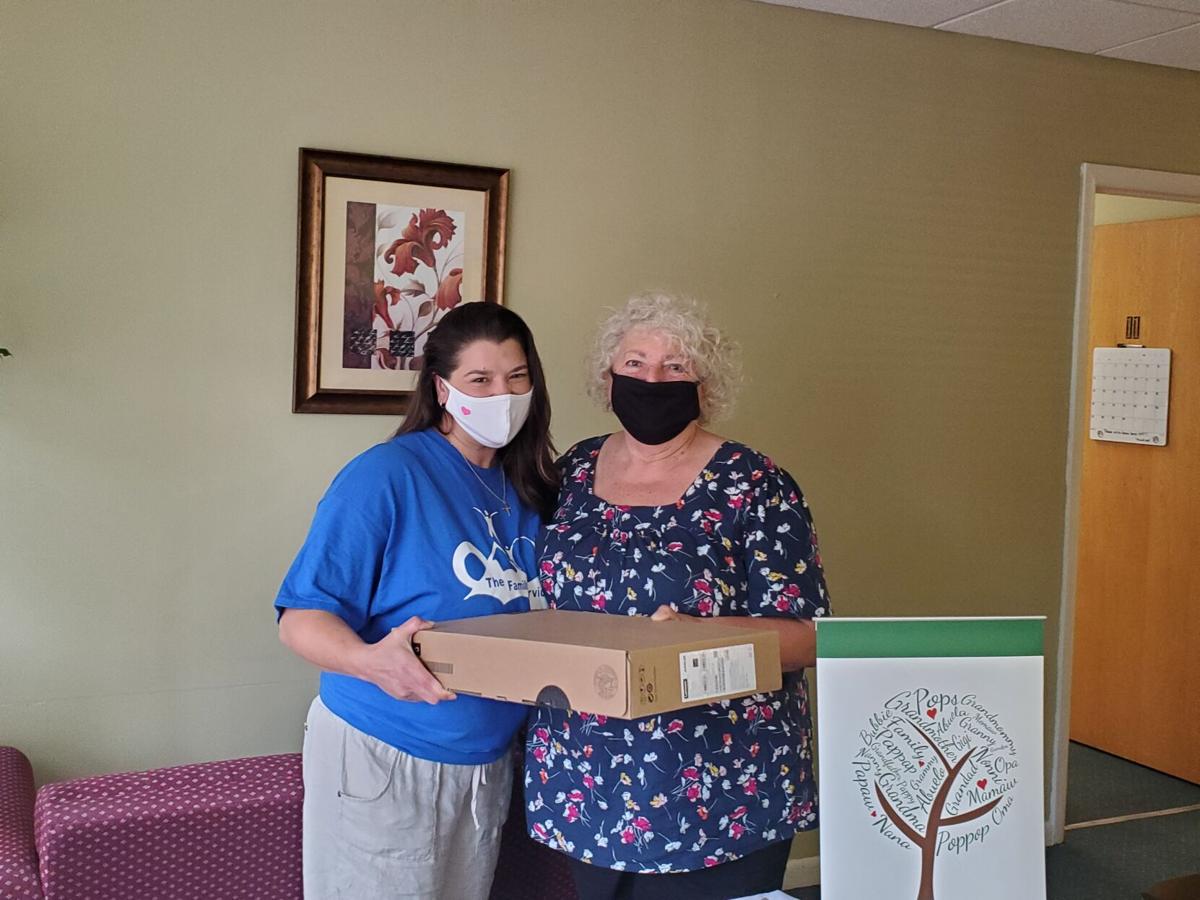 The Family Service of Marion and Harrison counties gave laptops to clients of its Healthy Grandfamilies program Thursday.

Although she successfully raised her own children, Lora Prosko has experienced a whole new set of challenges while raising her granddaughter.

When schools were closed in mid-March at the start of the COVID-19 pandemic, Prosko’s granddaughter struggled to complete her homework assignments because all Prosko had to work with was a smartphone.

“We did the homeschooling thing when they got let out in March, and she had to write essays,” Prosko said. “We were using a smartphone, that’s all we had.”

While Prosko had has to slog alone through such challenges as not having proper technology, she now gets to network with others who are raising their grandchildren as part of the Healthy Grandfamilies Program of Marion and Harrison counties.

On Thursday, Prosko received a new laptop courtesy of Healthy Grandfamilies that her granddaughter can use to do her homework on and Prosko can use to to communicate with other grandparents in her network.

“We tried to make it a good quality laptop that they would be getting,” said Candace Golaszewski, a social worker with Family Service of Marion and Harrison counties, which operates Healthy Grandfamilies. “Trying to do the sessions and trying to do them virtually, they need a laptop.”

Golaszewski leads the program’s clients in weekly sessions that cover different challenges they may face as ‘grandparent parents,’ as well as support group meetings for them to meet and connect with one another. In one session, Golaszewski had a discussion about technology after she learned some of her clients were having problems with broadband access and access to devices in general.

“I had one grandparent come to me stating that before the end of the last school season, she was having issues with having to submit all of these online courses and homework people were having to deal with when the pandemic started,” Golaszewski said. “She is on a cell phone trying to submit her kids homework online because she didn’t have a laptop. How many other families are having this same issue?”

Following up on this issue, Golaszewski spoke with Bonnie Dunn, director of the Healthy Grandfamilies program at West Virginia State University where the program originated, to see how they could resolve the issue. Having also heard stories of grandparents’ struggles with acquiring devices, Dunn was able to provide the Family Service with funding to supply its clients with new technology.

“This technology is a big stresser on grandparents raising their grandchildren,” Dunn said. “The message I really want out there is the fact that this technology issue as it relates to school children is not a simple fix.”

Golaszewski said she was surprised Dunn gave the organization the money needed to buy new laptops, but she was thankful she understood the issue. Golaszewski purchased about 10 laptops, and distributed them on Thursday to grandparents currently in the program, and some who have completed a previous session.

According to the National Center for the Analysis of Healthcare Data, there are about 43,000 grandparents in West Virginia who have had to take over the parenting of their grandchildren for one reason or another.

“Grandparents raising grandchildren struggle with knowledge, finances, and resources to parent their grandchildren for a variety of reasons including the disruption in the typical family lifecycle, the challenges of parenting in the 21st century, and their own family trauma due to having a child with an addiction and a grandchild exposed to this crisis,” states the WVSU program website.

“It will help them a lot with schooling at home,” said Barbara Birdsell, another Healthy Grandfamilies program client who also received a laptop Thursday. “We are doing that like a lot of people.”

Birdsell said that aside from having a laptop her granddaughters can use to complete schoolwork, she can also use it to communicate with her peers in the program that she calls on for moral support.

“It has gotten us more tech-smart,” Birdsell said. “The moral support we got is good too. You know you’re not the only one who is going through it.”

Dunn said she believes supplying people with new devices will make it easier for them to get a hold on their use and utilization, especially when they have kids who understand technology and can help guide their guardians on how to use the new device.

Prosko said she is grateful for the laptop. While her granddaughter may use it for more academic reasons, Prosko said she may get a little more out of it in terms of social activity, especially thanks to the Facebook support group created to connect different members of Healthy Grandfamilies.

“We have a Facebook page now and I talk to some of the other grandparents and it’s a big help,” Prosko said. “Other grandparents offer to help us out when we need it as far as school goes.”