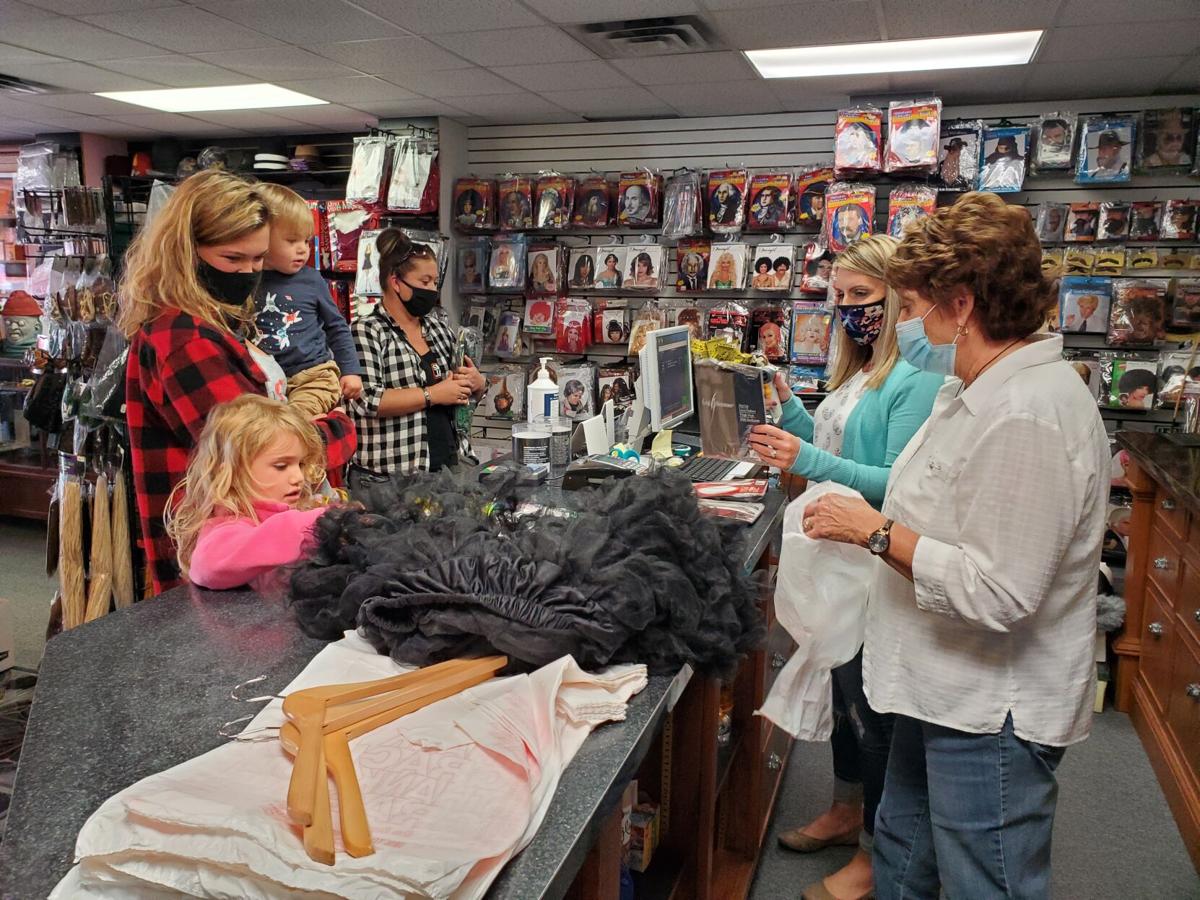 Ashley Forbes, left, buys costumes Thursday at the Illusive Skull with her two kids Colt and Lakyn, from the shop’s co-owner Pam Markel. 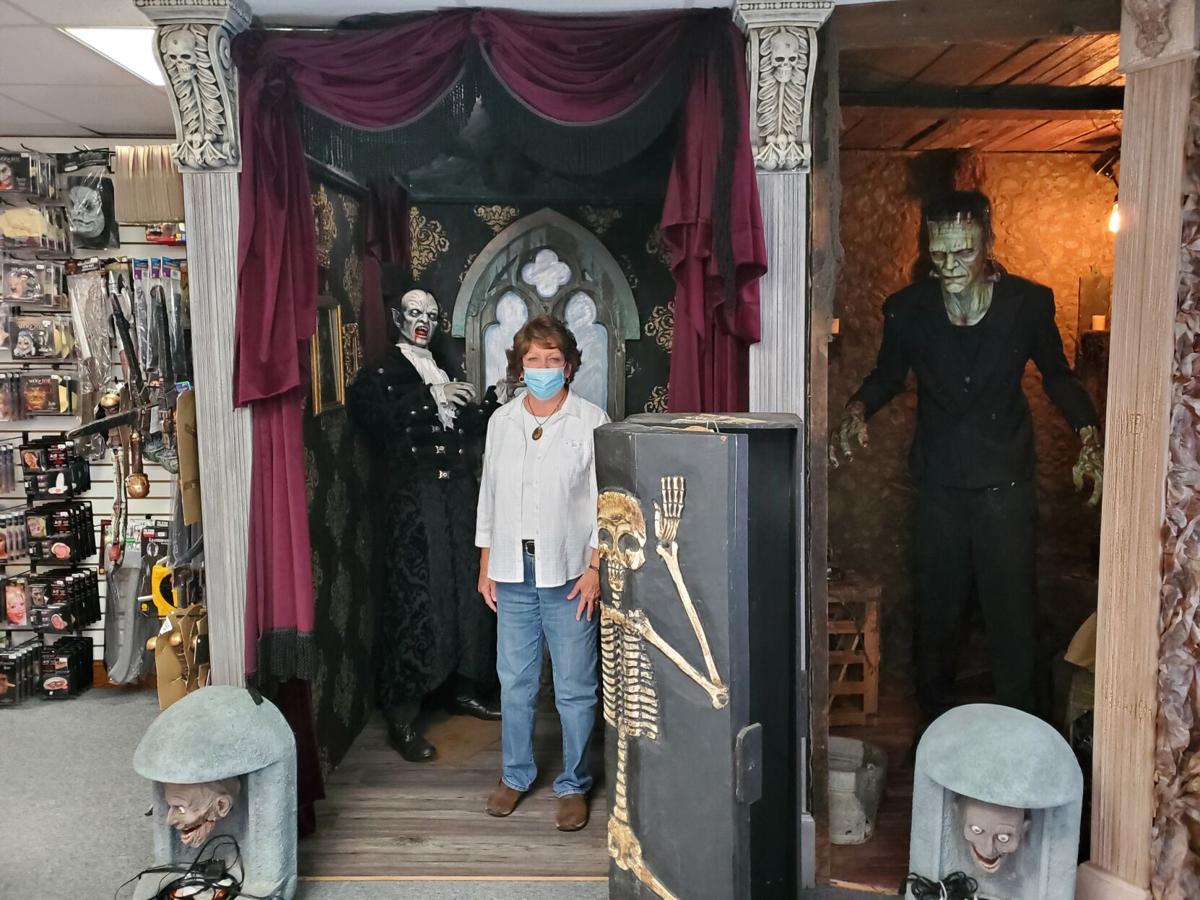 Illusive Skull costumer shop co-owner Pam Markel stands with some props that are for sale at the store, which is in the process of going out of business.

Ashley Forbes, left, buys costumes Thursday at the Illusive Skull with her two kids Colt and Lakyn, from the shop’s co-owner Pam Markel.

Illusive Skull costumer shop co-owner Pam Markel stands with some props that are for sale at the store, which is in the process of going out of business.

FAIRMONT — In the 1990s, the Illusive Skull became the area’s first costume store that would set up every fall to sell Halloween costumes.

It would go on to become a permanent fixture on the East Side where it occupied space in a castle-like structure and became known as the Illusive Skull Costume Castle.

“We bought the building in 1998,” said Pam Markel, one of the owners of the Illusive Skull. “We started with a haunted house called the Illusive Skull, and we had this gray big skull that someone had painted for us that you had to walk through. So we kept it and just added costume castle.”

After more than 20 years of helping customers fulfill their costumed fantasies, Markel and husband Dennis Markel, who co-owns the store, have decided to retire at the end of the year, making 2020 the Illusive Skull’s last Halloween season.

“It’s just time, we need to retire,” Markel said. “The building will determine how soon we are out.”

Markel said the COVID-19 pandemic is not the reason for closing, although the coronavirus has made it more difficult to sell the building, which is their goal.

Their decision instead is more based on the change in Halloween culture that has taken place in recent years, with Markel saying that people are not dressing up as much as they used to.

“The last five years, Halloween has been totally different,” Markel said. “When we first started, it was tons of house parties and costume contests at different places. It’s just not anymore, it’s different.”

Despite the change in culture, Markel said the costumes that are selling currently are more classic monster outfits such as witches and vampires.

“It seems like people are resorting back to a lot of the older characters,” Markel said. “We have seen the regular scary, ghost, witch, ghoul kind of costumes. Then the ‘Sexy’ period came where everyone was wearing sexy costumes. Now, we saw the last two years people going back to the more traditional things.”

Additionally, Markel said she believes people are more eager to decorate their homes this year, perhaps because they are stuck at home more and have available time.

“A lot of people, what they are buying besides children’s costumes, they’re buying a lot of decorations,” Markel said. “I had attended some webinars during this summer and the two people, they were saying they felt people would be decorating like crazy. And they are, you can see.”

Ashley Forbes is a returning customer at the Illusive Skull, and said she enjoys shopping there because of its selection, in addition to it being a locally-owned business.

“We have always liked coming in and looking at things,” Forbes said. “Also, if we can support a local business we’re going to versus a chain store.”

Pam Markel said the customers are one of the best aspects of the business, and they are the people she will miss the most.

“Our customers have been wonderful to us,” Pam Markel said. “They have been loyal for the most part, and I am going to miss them terribly.”

Pam Markel said everything in the store is on sale for 75 percent off, because she and her husband are trying to sell it all in order to close. For more information, visit the Illusive Skull’s Facebook page.