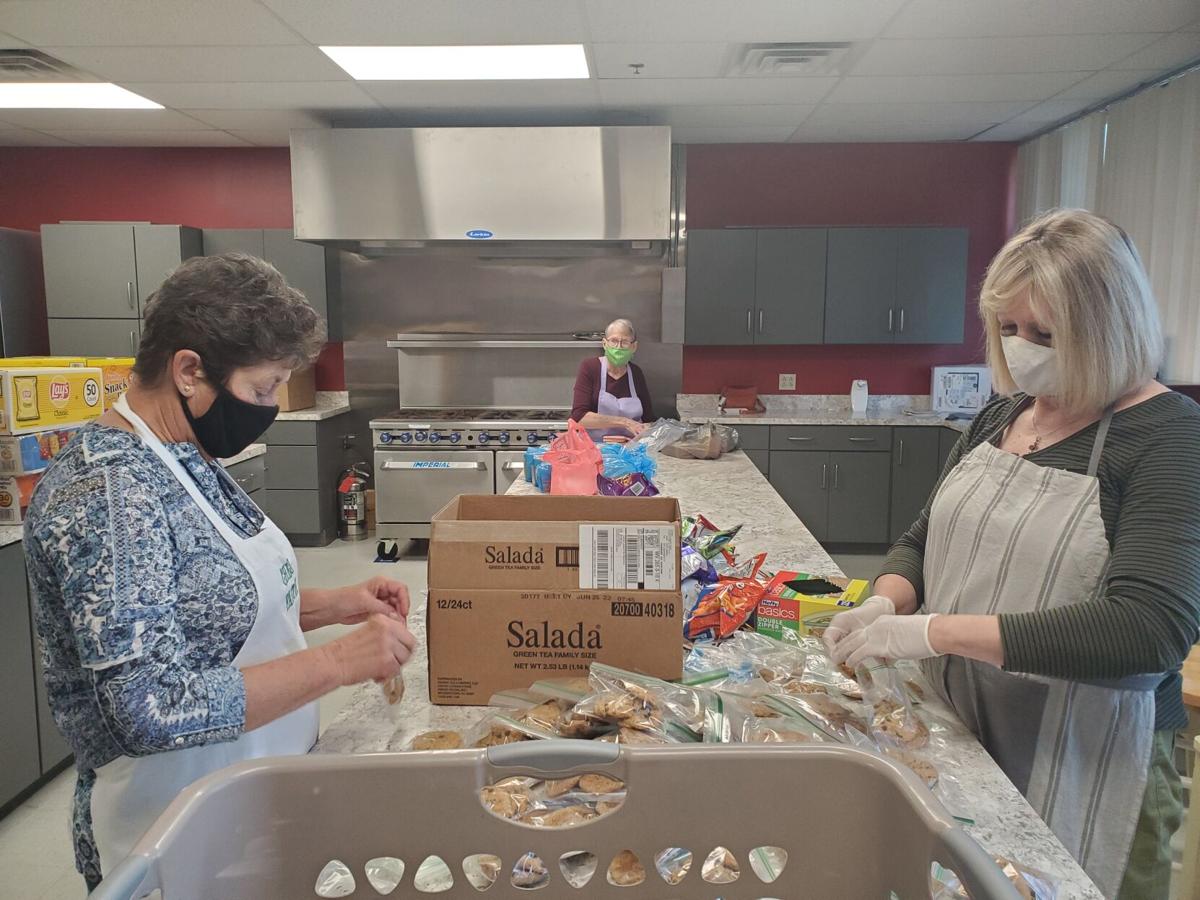 Volunteers from LIFE United Methodist Church pack lunches every Tuesday and Wednesday to give to the Union Mission. From left are Judy Brand, Peg Steorts and Lois Nunan. 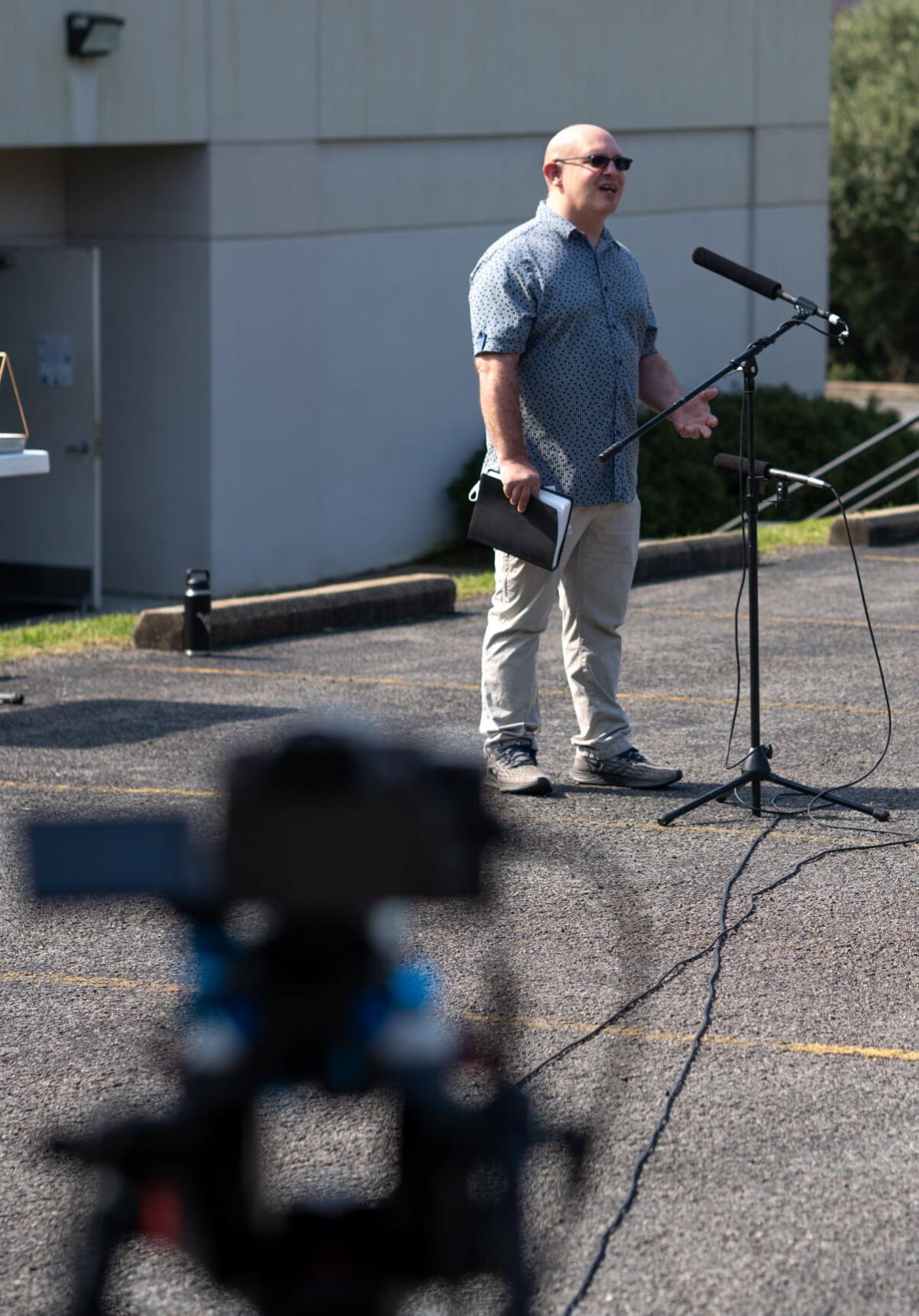 A camera sits atop a tripod in the parking lot at LIFE United Methodist Church in Fairmont one Sunday as church officials set up worship for livestreaming on the internet. 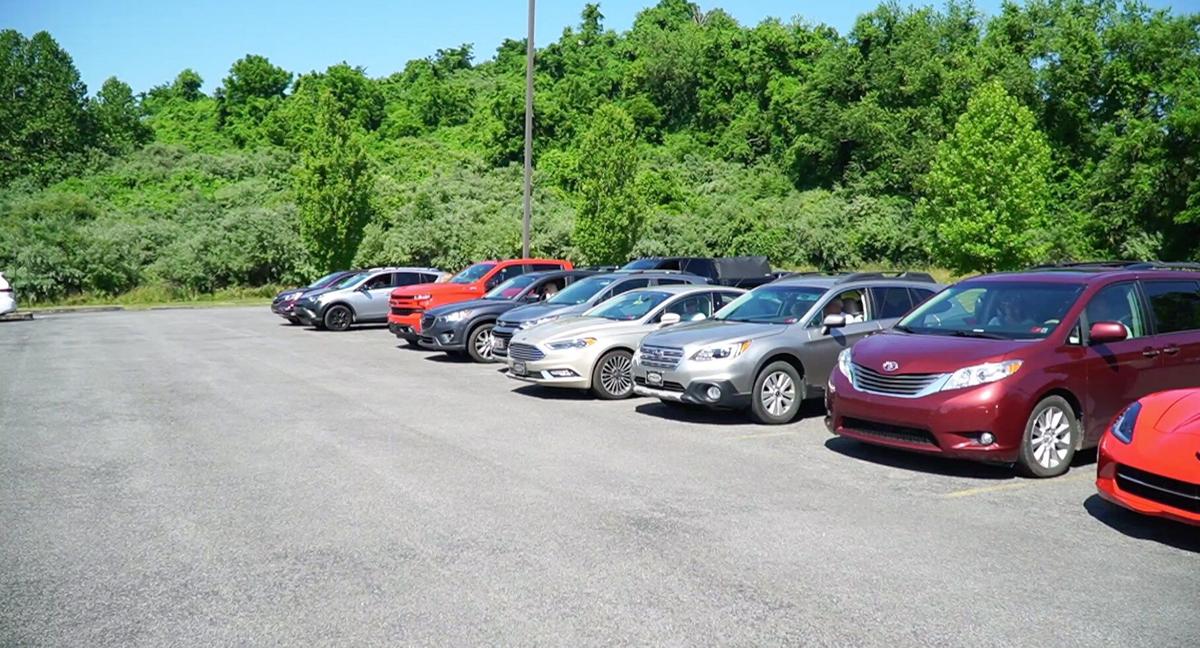 Members of LIFE UMC worshipped from their vehicles amid the coronavirus pandemic. THey listened to the service via FM 95.1.

Volunteers from LIFE United Methodist Church pack lunches every Tuesday and Wednesday to give to the Union Mission. From left are Judy Brand, Peg Steorts and Lois Nunan.

A camera sits atop a tripod in the parking lot at LIFE United Methodist Church in Fairmont one Sunday as church officials set up worship for livestreaming on the internet.

Members of LIFE UMC worshipped from their vehicles amid the coronavirus pandemic. THey listened to the service via FM 95.1.

”Then the King will say to those on His right hand, ‘Come, you blessed of My Father, inherit the kingdom prepared for you from the foundation of the world: for I was hungry and you gave Me food; I was thirsty and you gave Me drink; I was a stranger and you took Me in; I was naked and you clothed Me; I was sick and you visited Me; I was in prison and you came to Me.’”

FAIRMONT — The coronavirus pandemic forced many live events to move to an online format in which people would watch the event via a video stream instead of leaving their homes.

At least one local church was prepared to take the web because its staff had been streaming its services long before the pandemic.

“We were already streaming everything even before when we were meeting in-person,” said Larry Buckland, pastor of LIFE United Methodist Church. “Nobody was ready for COVID, but as much as we could have been, we were ready to not have people gathering, because our streaming was doing such a good job.”

While this shift in its service was not too much of an issue for LIFE UMC, the technological advancement did not stop there. The church started recording a podcast, where Buckland would give a weekly sermon in a strictly audio format, which people could listen to as if it were a weekly worship.

“We had started a podcast that was just audio called, ‘The Rev. Rambles on,’” Buckland said. “What we did was just talk about the sermon that happened that week and go into it in a deeper dive.”

As time went on and many services remained online instead of in-person, LIFE UMC moved forward as well. The church started a videocast series, where Buckland would speak to members of the church community about different ways they were contributing during the pandemic.

“We changed our sermon format and started recording podcasts with people from the community,” Buckland said. “For a lot of folks, it’s the best way because they feel safe not having to come out.”

As the pandemic persisted, members of LIFE UMC started doing service work to help others who were in need during the pandemic.

This all started when George Batten, pastor at the Union Mission, spoke with Buckland about the possibility of the church helping supply meals to the shelter. Buckland said volunteers started doing this once a week, but it was such a good project that it was extended into two days a week.

“We made that happen and then they were so excited, they were like, ‘We can do this two times a week,’” Buckland said. “People started donating the resources whether it was financial, donations of bags of chips, cases of water, homemade baked cookies and things like that.”

“We love doing it, because at least it gets us out,” Nunan said. “And it’s nice to know that we’re helping somebody who needs it.”

Brand said the clients of the Union Mission are also happy to get the meals packed by the LIFE UMC group. The volunteers frequently include treats such as chocolate chip cookies in the meal packs, which Brand said have been a hit.

“They’re just thrilled,” Brand said. “We just drop off, we don’t go in the building either, and then they actually distribute from there to the homeless.”

In addition to members of the church and the outside community contributing to LIFE UMC’s volunteering efforts, Buckland said he was able to procure a grant from the United Methodist Committee of Relief, which has supplied funds to churches that were providing aid during the coronavirus pandemic.

“They had these grants for people working with COVID,” Buckland said. “I applied for it and we received $10,000 to fund these ministries. That was a fantastic gift.”

Buckland said taking on this work is not an issue, because he would rather the church stay active during this time than shut down. He believes he will be especially proud when looking back on this time period, because his church was able to continue helping those who needed help the most.

“One day we’re going to look back on this COVID and people are going to want to know what the church did,” Buckland said. “I can faithfully feel good that we fed the hungry, we gave drink to those who were thirsty during this time.”