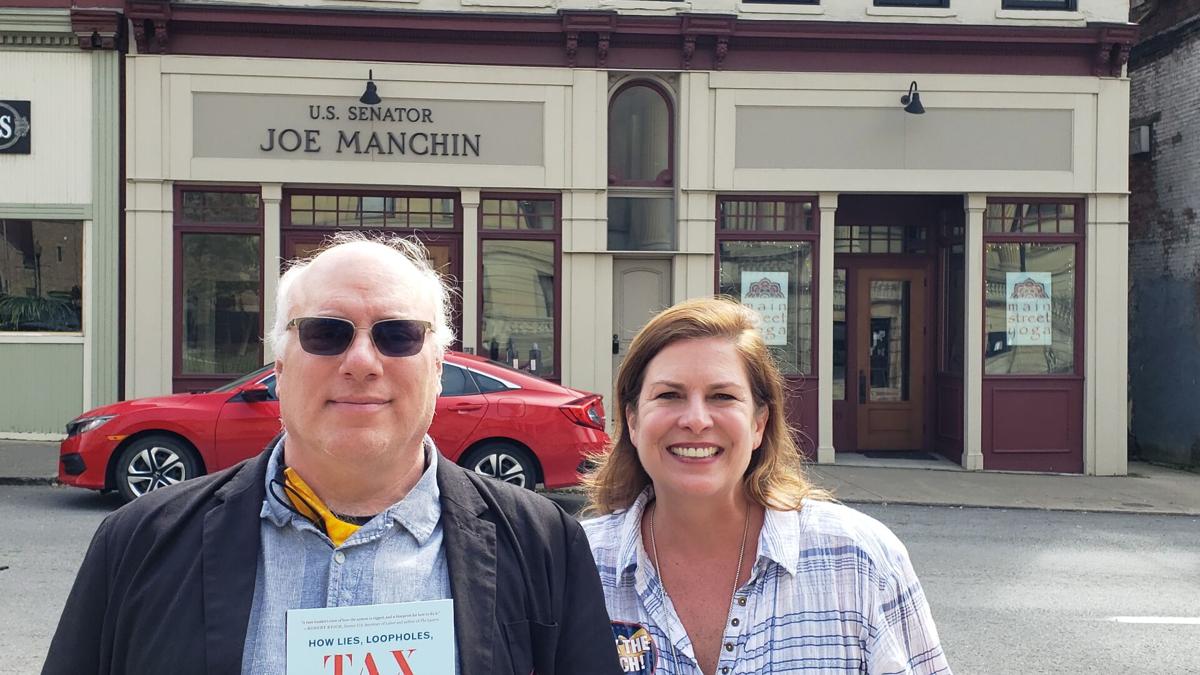 Erica Payne, middle, presents some information and a copy of the book she co-authored to a staffer of U.S. Sen. Joe Manchin’s Fairmont office Thursday. 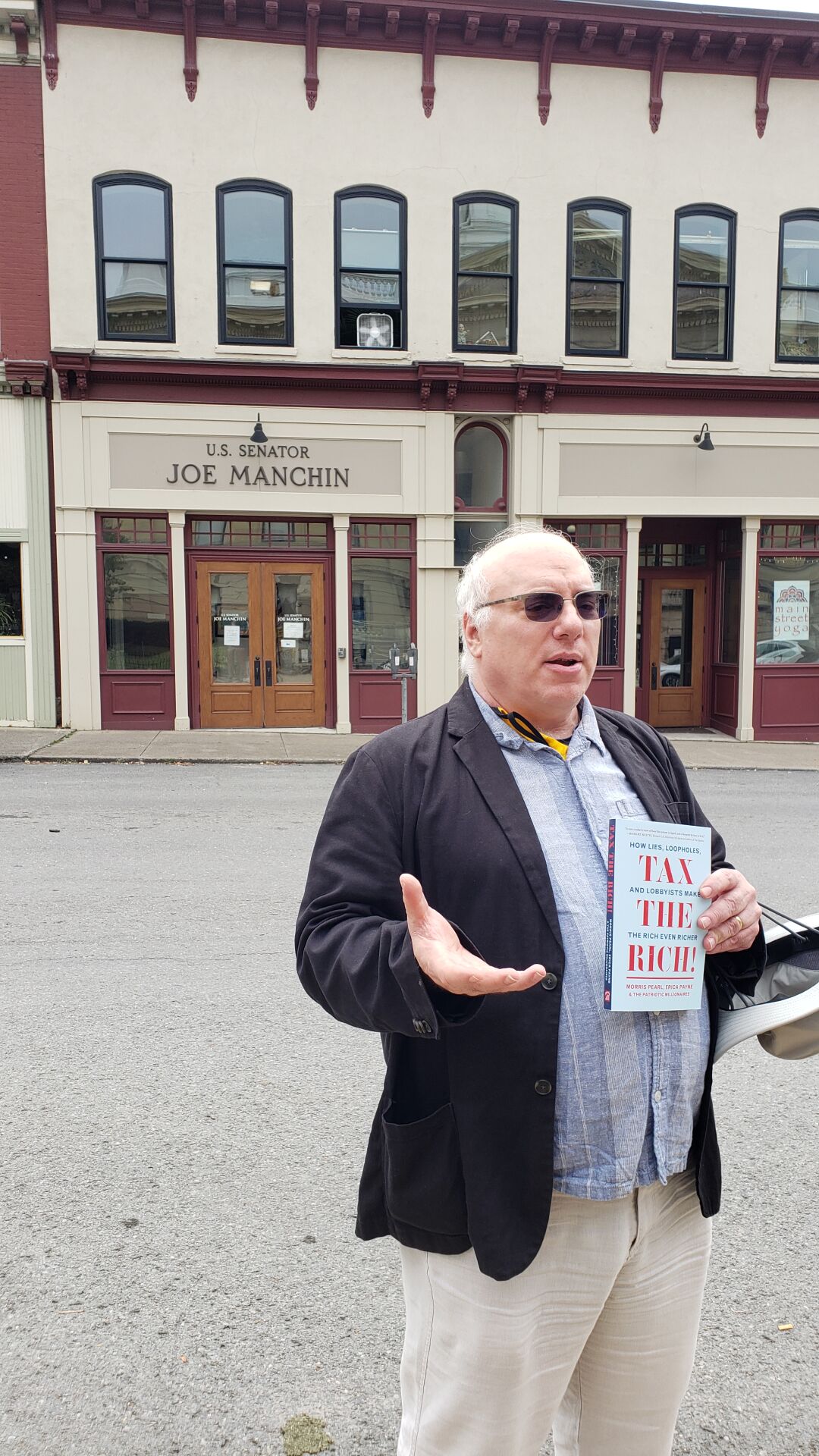 Morris Pearl speaks across the street from U.S. Sen. Joe Manchin’s Fairmont office Thursday. Pearl believes millionaires like him should be taxed at a higher rate.

Erica Payne, middle, presents some information and a copy of the book she co-authored to a staffer of U.S. Sen. Joe Manchin’s Fairmont office Thursday.

Morris Pearl speaks across the street from U.S. Sen. Joe Manchin’s Fairmont office Thursday. Pearl believes millionaires like him should be taxed at a higher rate.

FAIRMONT — A group of millionaires believe they aren’t paying their fair share in taxes, and they want U.S. Sen. Joe Manchin to change that.

The Washington D.C.-based lobby group Patriotic Millionaires came to downtown Fairmont Thursday to pay Manchin’s Fairmont office a visit. The group was lead by its board chair, Morris Pearl, and its president and founder, Erica Payne.

“We [the Patriotic Millionaires] a bunch of wealthy business people and we think it’s destabilizing to our nation that we are paying lower tax rates than everyone else who’s working for a living,” Pearl said. “That’s the basic point of view we hold, our goal is to make the nation more stable.”

“We really just want a fair tax code,” Payne said. “That imbalance is leading to inequality at 100-year highs and is getting worse every day. If we stay on this trajectory for very much longer it’ll just get worse from here. So there is a sense of urgency.”

The organization came to Fairmont to spread the word about who they are and what they do, as well as drop off some information for Manchin at his Adams Street office.

Manchin has said in the past that he supports the closure of several loopholes that allow the wealthy to get away with paying less taxes than their fair share.

Payne and Pearl are calling Manchin to action to convince his fellow Democrats that this is an issue that needs to be addressed.

“If you don’t do anything to address the underlying driver of inequality, packages like the $1.5 trillion infrastructure plan are like handing a hemophiliac a band-aid and saying good luck with that,” Payne said. “Manchin has said publicly that the tax code is discombobulated... he has said he wants to address it.”

After visiting Manchin’s downtown office, the group headed to several Fairmont businesses to meet people and talk about who they are and what they’re fighting for.

West Virginians are in a unique position to influence Manchin, and Payne and Pearl were trying to inform Fairmont residents about how they can reach out to their Senator. According to Payne, wealthy investors are the most influential, but Manchin usually listens to his constituents.

“People from West Virginian can call [Manchin] and urge him to be the hero America needs right now, he will respond to that ask,” Payne said. “He’s already said we should start with tax reform instead of starting with spending... we agree with him and the people of West Virginia do too.”

The main job of the Patriotic Millionaires is to act as a voice of the average people but while also being of the means to make change happen. Before he became the chair for the group, Pearl worked as a financial advisor and said that many of the millionaires in America take the same position Pearl’s group does, however, they just may not want to be public about their stance, he said.

“I know the majority of people think the way we do and they know the system is rigged and they know this is unsustainable, but we have to get them to speak out,” Pearl said. “Part of the problem is that a lot of our lawmakers spend time at fundraisers listening to the problems of their wealthy donors.”

Pearl and Payne co-authored a book titled “Tax the Rich,” where they break down the problems with the tax climate in the U.S. and propose ways to fix it. To find out more about the Patriotic Millionaires and their work, visit www.taxtherich.com.