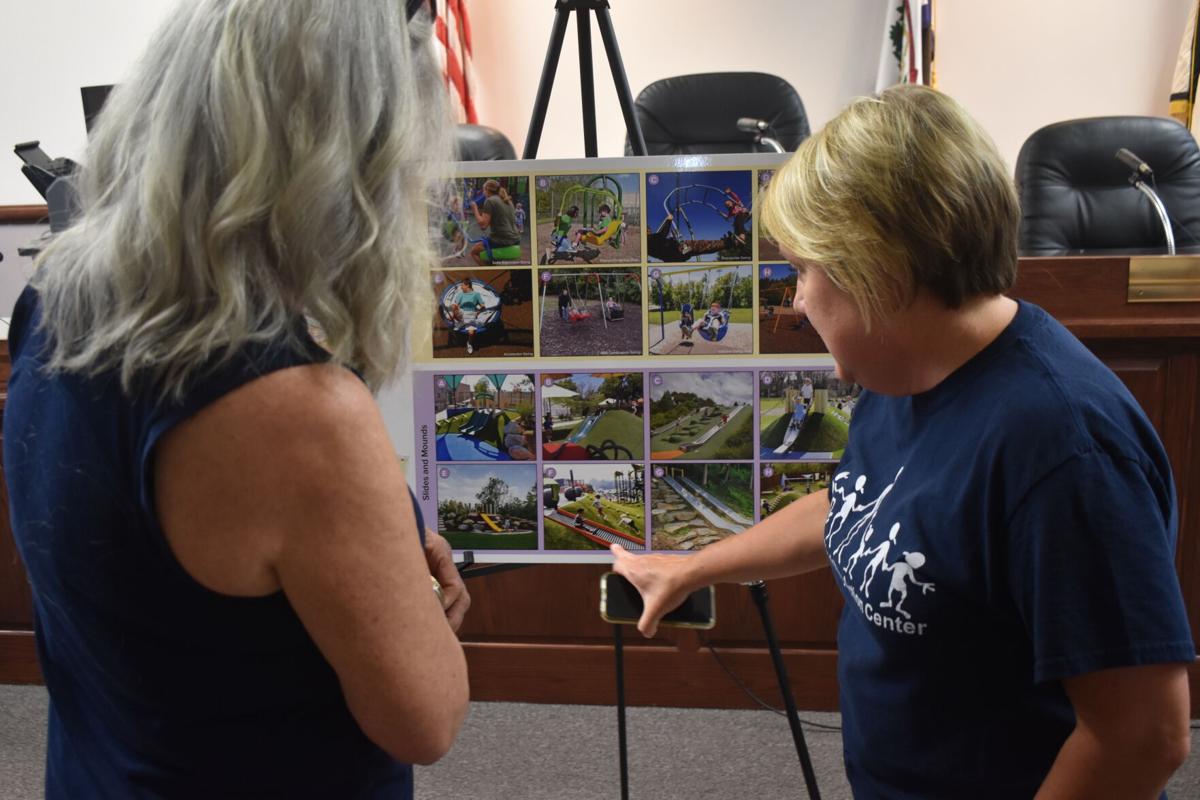 Disability Action Center Director Julie Sole, right, and Fairmont Deputy Mayor Donna Blood look at a board showing possible equipment that could be installed at the new Norwood Park. 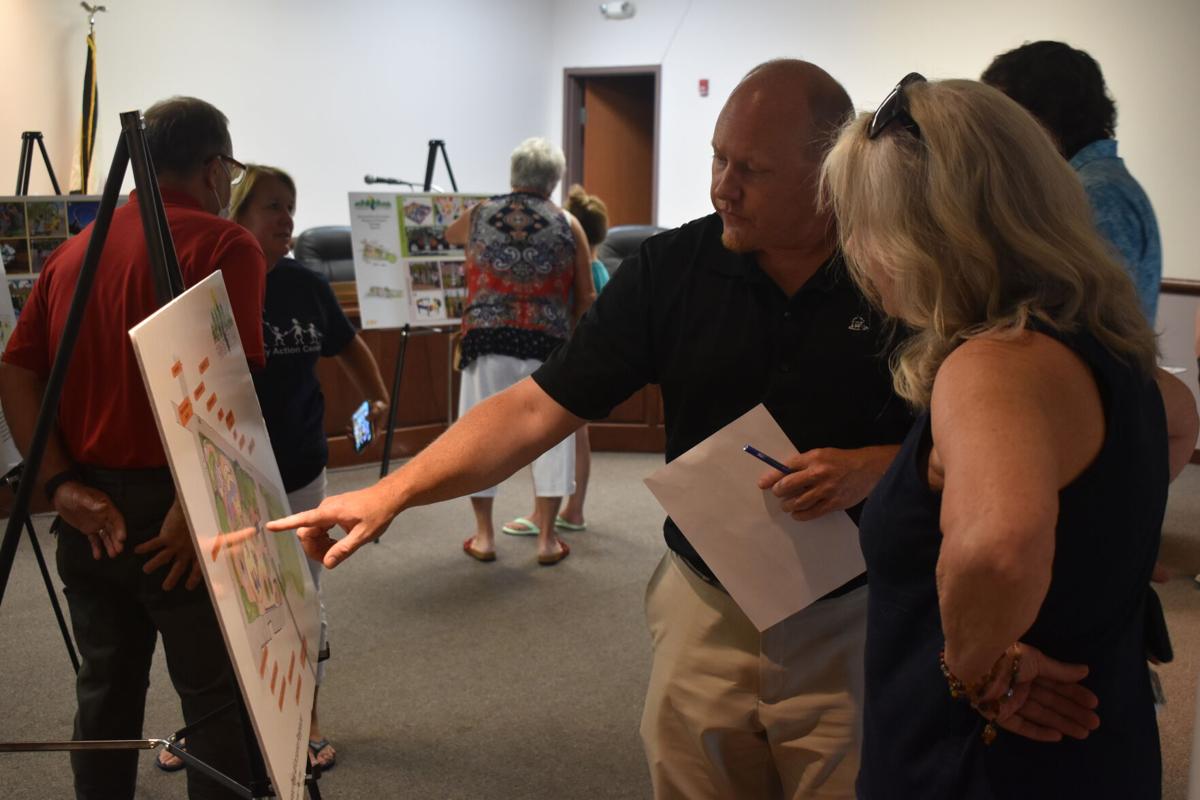 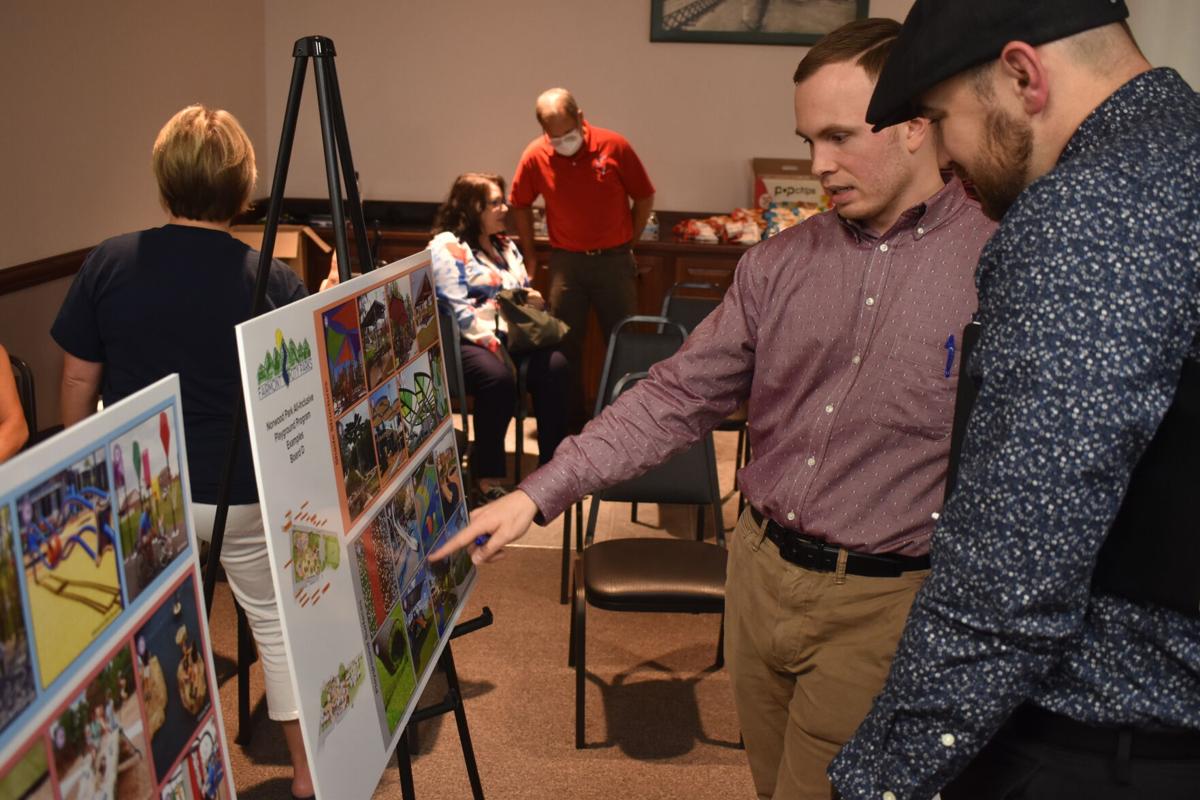 City planners Shae Strait, right, and Alex Petry look at some of the suggested equipment that could be installed at a reimagined Norwood Park.

Disability Action Center Director Julie Sole, right, and Fairmont Deputy Mayor Donna Blood look at a board showing possible equipment that could be installed at the new Norwood Park.

City planners Shae Strait, right, and Alex Petry look at some of the suggested equipment that could be installed at a reimagined Norwood Park.

The last few years, the Fairmont Parks Commission has been working on a complete overhaul of the park, which sits on a small lot on the corner of Morgantown Avenue and Suncrest Boulevard in proximity to Victory Baptist Church in East Side.

Norwood is to become an all-inclusive park, where individuals of any ability, mobility and age can come and play together without barriers.

Tuesday, the commission and CEC invited the community to come see the rough concept for the park and some photo examples showing accessible equipment that could find its way into the final product.

“What we want to see is what elements people want to see or have seen elsewhere that they’d like to see in their town,” said Jim Christie, CEC’s project manager. “We put a lot of items out [tonight]. We’re not going to incorporate everything... but we want to see some input and some excitement.”

Christie walked several residents through the line of presentation boards that displayed concepts and examples of equipment, and explained how these could be implemented in Norwood.

Julie Sole, director of the Disability Action Center, was one person who was treated to such a walk-through and shared her thoughts about what she’d like to see in the finished park.

“I definitely like the use of natural surfaces and the land that’s already there,” Sole said. “If there’s already sloping land, using that for your slides or roll-down areas. I think making sure that there are sensory features all around the park is very important.”

A sensory feature is anything that appeals to or stimulates the senses of people who have different special needs. Whether it’s be a textured wall, an area with musical instruments or even quiet spaces.

Sole and several organizations that work with individuals with disabilities have been working with CEC since the start of the project to make sure the park is designed with inclusion as the central focus.

“With [the examples] CEC has provided here I have no doubt that we’re going to knock it out of the park,” Sole said. “This is going to be the pride of Marion County. It will serve as an example of what it means to start with inclusivity first.”

Valerie Means, city manager for Fairmont, was also in attendance Tuesday and said she is excited about the progress of the project.

“There’s nothing in our area, or really even the region, that would come close to this,” Means said. “This isn’t one of those ‘planning for sometime in the future, someday, maybe, who knows,’ this is happening — that’s what makes it exciting.”

This project saw its beginnings in 2017 as a smaller, “revitalization” project, but became something much bigger when the commission found out that Norwood Park is located inside a tax increment financing district. This allowed the commission to use a pool of funds they already had to do the work on Norwood.

That, aided by a $75,000 donation from nearby manufacturer Novelis and $5,000 from the DAC, gave the project a much broader scope all without increasing the burden on taxpayers. As of now, the project has just over a $900,000 budget.

CEC won the bid to head the project after presenting their concept and, after Tuesday’s meeting, are heading into the next stages of planning.

“After tonight’s meeting we’ll meet with CEC and... make some decisions internally based on feedback,” said Hanna Turner, marketing and communications manager for the City of Fairmont. “Then we’ll get to work on creating what will be the official design.”

The parks commission plans to hold more input meetings throughout the planning process, making sure the community is behind the project.