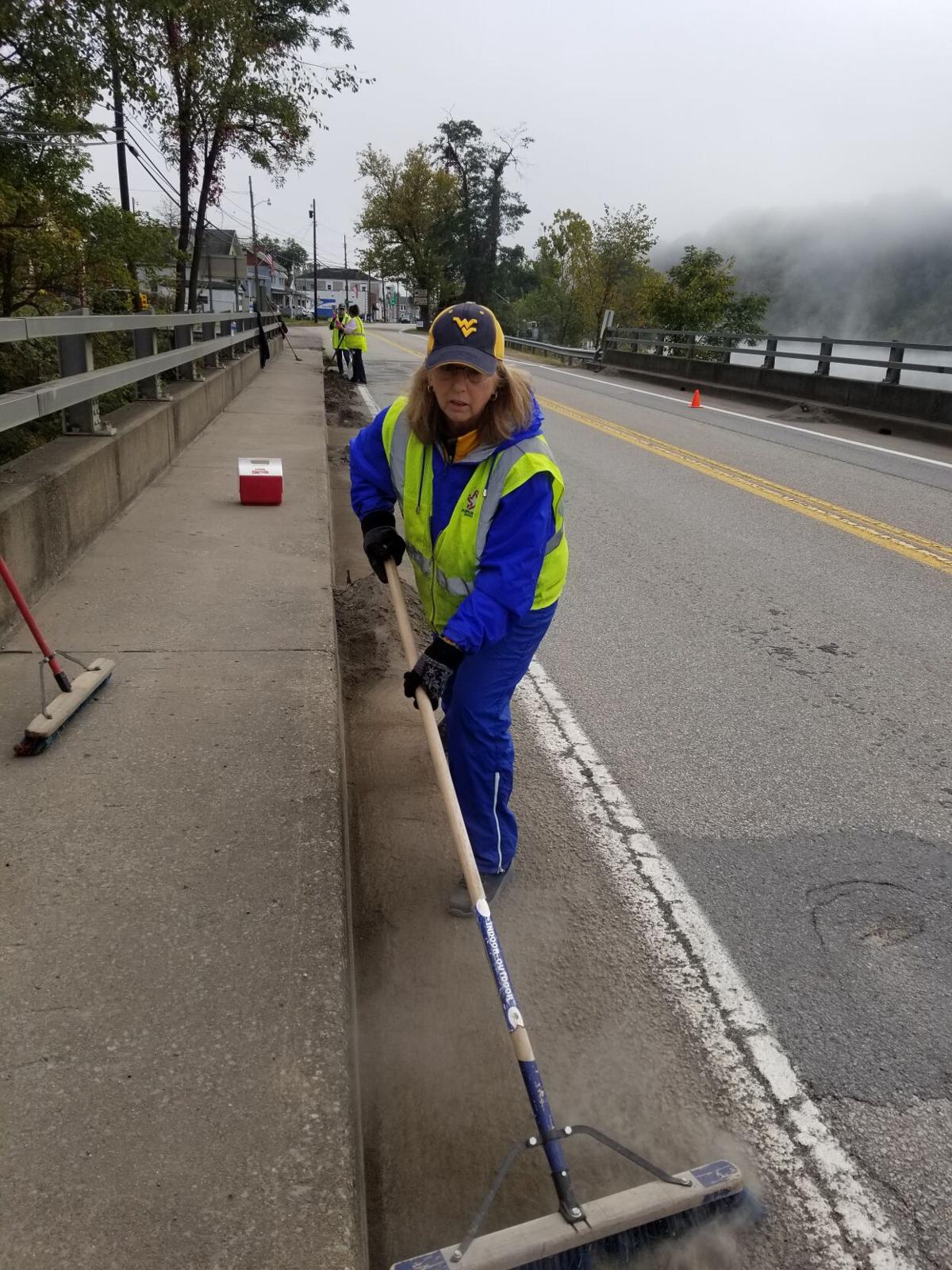 The town is in the process of getting funding to replace a derelict water supply line that runs from Fairmont into Rivesville along U.S. 19. Here, Linda Moore sweeps dirt from a Route 19 bridge in early October.

The town is in the process of getting funding to replace a derelict water supply line that runs from Fairmont into Rivesville along U.S. 19. Here, Linda Moore sweeps dirt from a Route 19 bridge in early October.

RIVESVILLE — For the past seven years, Rivesville has been applying and re-applying for government funding to repair and replace a main water supply line that runs from the city of Fairmont, which supplies the town’s water.

Unexpectedly and without fanfare, $1.5 million for the water project was recently provided by the U.S. Department of Housing and Urban Development and the West Virginia Development Office through its Community Development Block Grant program.

“We found out about the grant by reading about it in the newspaper,” said Rivesville Mayor Barb Beatty.

She and council members noticed it listed as part of a larger article on block grants being awarded by Gov. Jim Justice.

“It seems like everyone else knew it before us. We didn’t know about it all,” she said.

Nevertheless, Beatty and the town council happily accepted the funding, which she hopes will finally end a years-long headache of dealing with water issues, primarily ruptures in the line that transfers water into Rivesville.

“We’re hoping it means we’ll experience less water breaks. Right now, we’re constantly having breaks with the system we’ve got in place. There’s been nothing but non-stop breaks for several years now. I don’t mean just once in a while it breaks down, either,” she said. “There are water line breaks all the time, which means the water bill we get from Fairmont sure goes up.”

“The existing supply line is undersized, deteriorated and supported from the old trolley line trestle. The trestle was used for street cars long ago eliminated from use,” said Beatty. “Over the years, the trestle exposure has caused breaks and deterioration in the line.”

The new line will be removed from the trestle, as well as to avoid vibration from a nearby railroad lines, which can take a significant toll on a water line, she said.

Beginning at the Bellview Avenue master meter located in Fairmont, the new line will run north within Fulton Street and then turn west at the Hunter’s Post and travel along State Route 19 to the old trolly line. The line new line will stop at the existing master meter, which is located on Martin Street in Hawkinberry Hollow.

The funding will also provide an upgrade to a stream crossing that serves the Greentown and Sugar Lane areas of Rivesville. A few water hydrants along the existing line will be reconnected, but no new customers are proposed to be served.

Sheena Hunt, executive director of the White Hall-based Region VI Planning and Development Council, said the new water line, when complete, will provide more dependability than the current antiquated one.

“We need to replace, upgrade and upsize the main transmission line. When it’s complete, Rivesville will have a more reliable system,” Hunt said.

Hunt said an environmental study regarding the new line has been completed and is ready for review and comment.

“We’re hoping to get through the environmental part of the project soon, as required by the block grant program. It’s ready to send to the state today for a public comment period,” Hunt said. “Once the line is upgraded, it will actually be turned over to the City of Fairmont for ownership and maintenance.”

Beatty said she’s ready to move on and worry less about the town’s water issues.

“It feels good to think we’ll be able to put all this behind us now, to move forward and make the town a better place. There’s no sense in crying over what’s happened before,” Beatty said. “Work will begin on the new line as soon as we get all the bids finished. We plan on Rivesville growing in the years ahead.”

Residents have until Dec. 10 to comment on or object to the project by writing the West Virginia Development Office, Building 6, Room 553-B, State Capitol Complex, Charleston, WV 25305-0311