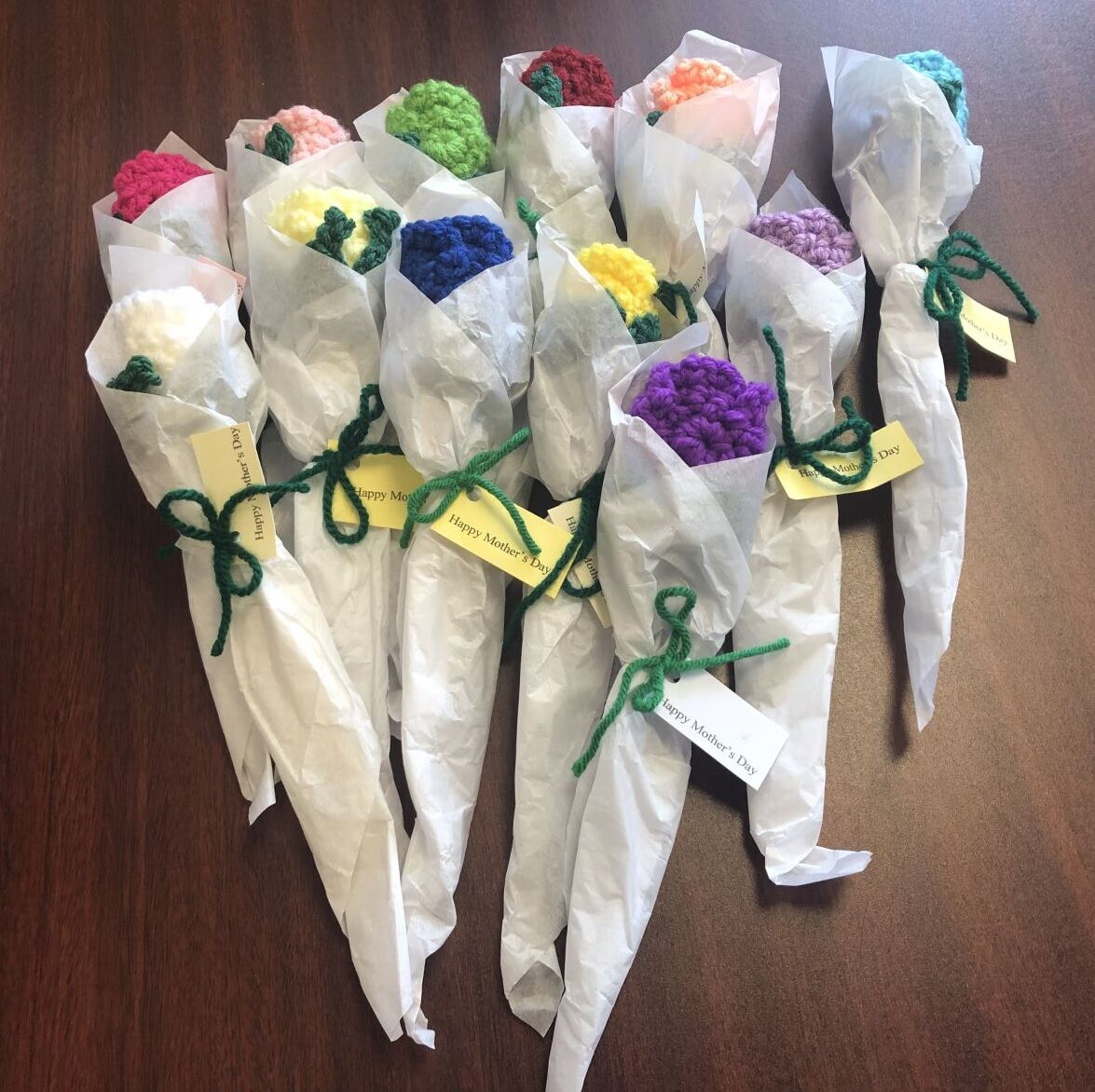 Sonya Davis crocheted roses for each student at Jayenne Elementary so they could give them to their moms on Mother’s Day. 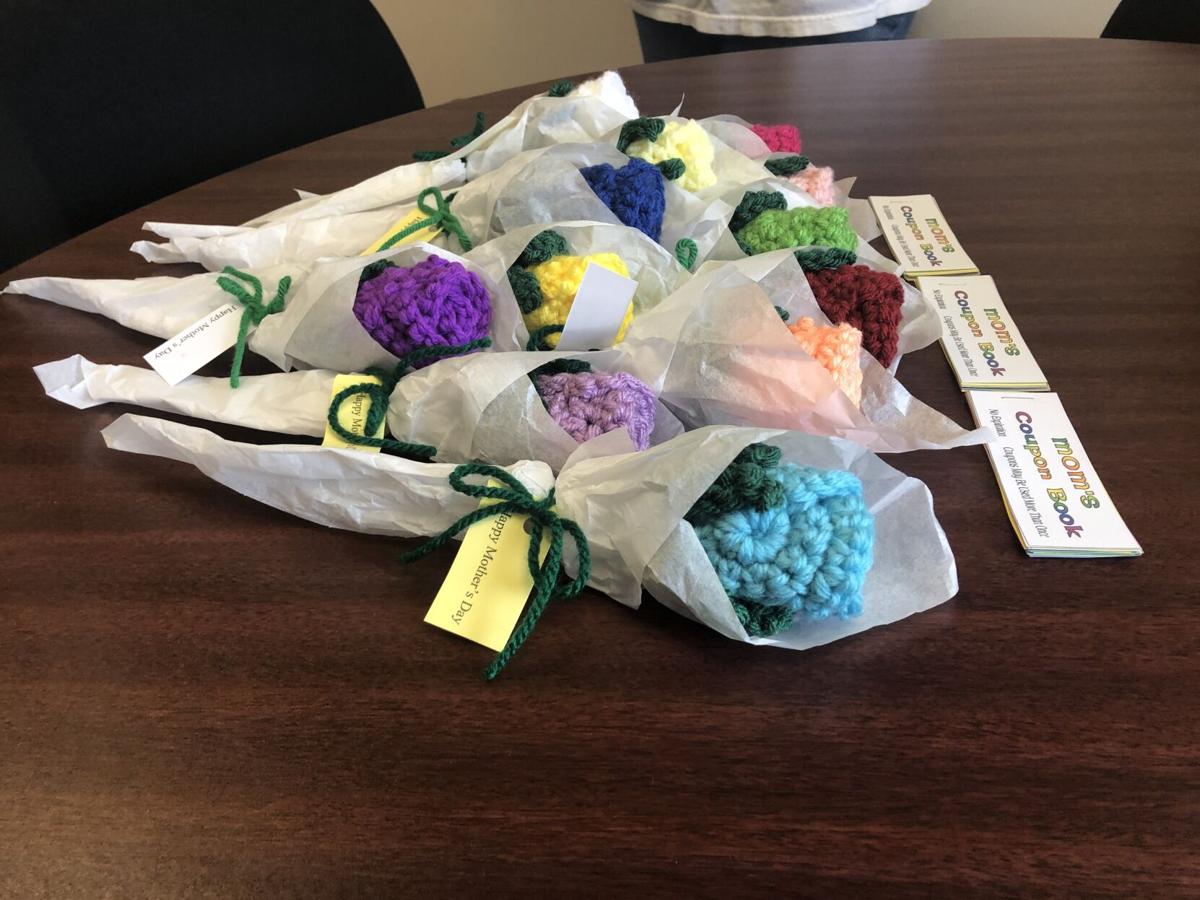 Sonya Davis crocheted roses for each student at Jayenne Elementary so they could give them to their moms on Mother's Day.

Sonya Davis crocheted roses for each student at Jayenne Elementary so they could give them to their moms on Mother’s Day.

Sonya Davis crocheted roses for each student at Jayenne Elementary so they could give them to their moms on Mother's Day.

FAIRMONT — A few years ago, Sonya Davis crocheted roses for the staff of Jayenne Elementary where she works as night custodian.

When she set out to hand out the roses, a first grade students asked if she could give him one for his mother.

“I said, ‘if I have enough,’ and I didn’t. That broke my heart, so as soon as I went home, I told my husband ‘I’ve got to make every kid in this school a rose,’” Davis said.

She said some kids cannot afford to get their mothers anything for Mother’s Day or have anyone else who can take them shopping to buy their mom that special something.

“I was going to do this last year. I had them all ready but there was no school so, I did it this year. My goal is to hopefully do it every year for them,” Davis said.

She said she can make the petals for two of the roses within in hour. She said she made close to 375 roses for the kids this year. To crochet a complete rose takes close to an hour, she said.

“I just work on them whenever I’m at home watching TV, you know, mostly in the evenings. If it’s nasty outside and I don’t feel like doing anything at the house, I’ll sit and crochet some,” Davis said .

For what she saw, she said the kids seemed really excited Thursday to receive the roses to give to their moms.

“They seemed pretty happy. Smiles on their faces — that’s the main thing. That’s what I want to see,” Davis said.

She said she loves seeing the kids everyday when she comes to work. She enjoys saying hi to them and seeing them smile.

“I don’t get to talk much to them, but I just thought, you know, this is something that I love doing. I love to crochet so I did some,” Davis said.

Each grade of the school got their own color in case there were siblings in the school. All the staff also got roses this year.

“I started working on them right after Mother’s Day the year before and they were done before winter was over with,” Davis said.

Davis said she likes doing things for the kids. She said that God told her to make the roses for the students, especially considering what has been going on in the world for the last year with the COVID-19 pandemic.

“These kids need something to give them joy, something to look forward to and they did not know they were getting them until the teachers passed them out,” Davis said.

She said she felt that if one student can be shown something that can make them happy and help them out, that hopefully it would plant in that kid’s heart to help somebody else out in the future.

Kids also got little coupon books to take home with the roses for things like hugs or an offer to do a chore.

“I said, ‘do not tell the kids who made these. If they ask just say someone who cared,’” Davis said.

She went home Thursday night and read thank you cards some of the kids made, which she said, brought tears to her eyes.

Principal Scott Morris said the roses helped spread joy across the school. He said the kids can receive joy by being able to give something to their parents and pass that joy on.

“I think it teaches them a lifelong lesson,” Morris said.

Morris said he was appreciative of Davis giving her time to the project for the kids. He said the staff at Jayenne is a big family.

“No matter what your position is here at Jayenne Elementary we’re a family and we get things done and we just appreciate everyone,” Morris said.