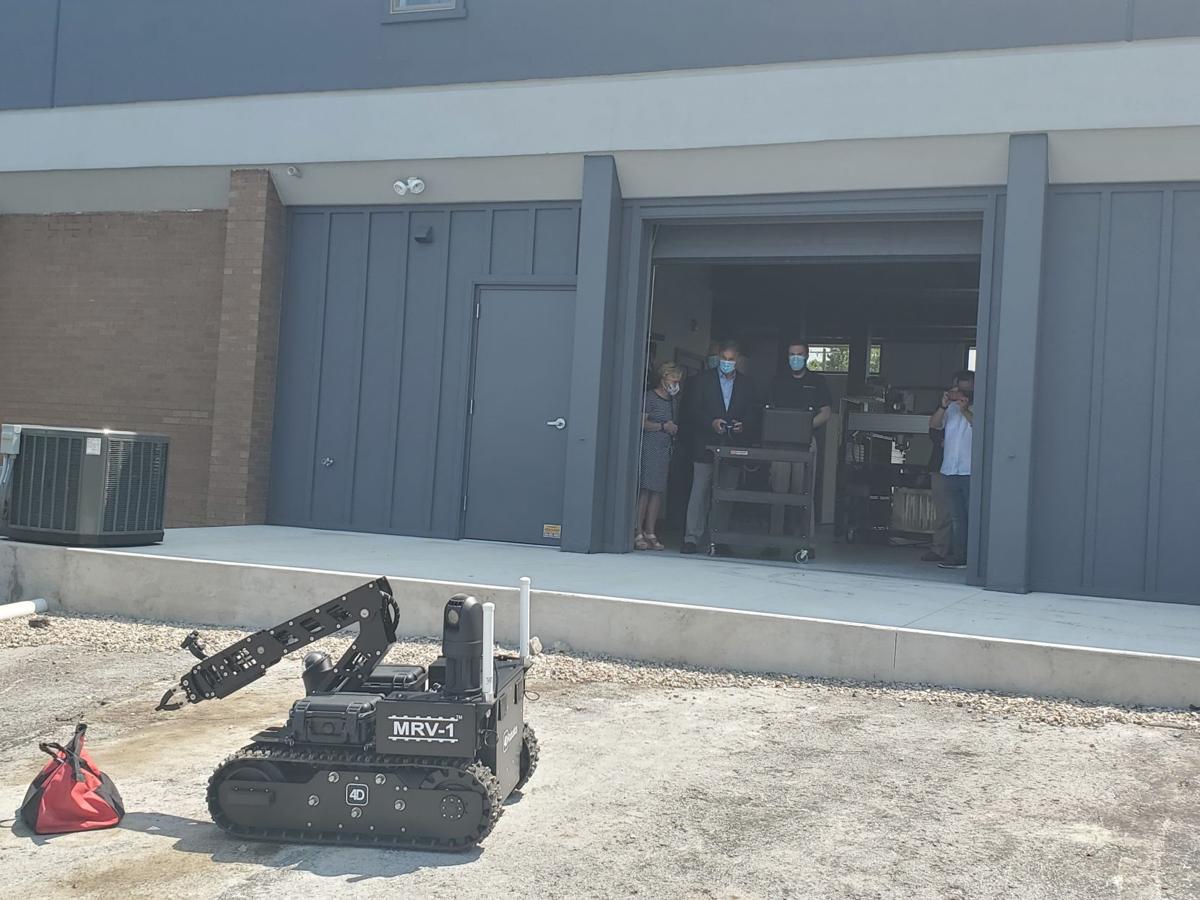 U.S. Sen. Joe Manchin operated a robot created by 4D Tech Solutions Tuesday, during a visit to the business. 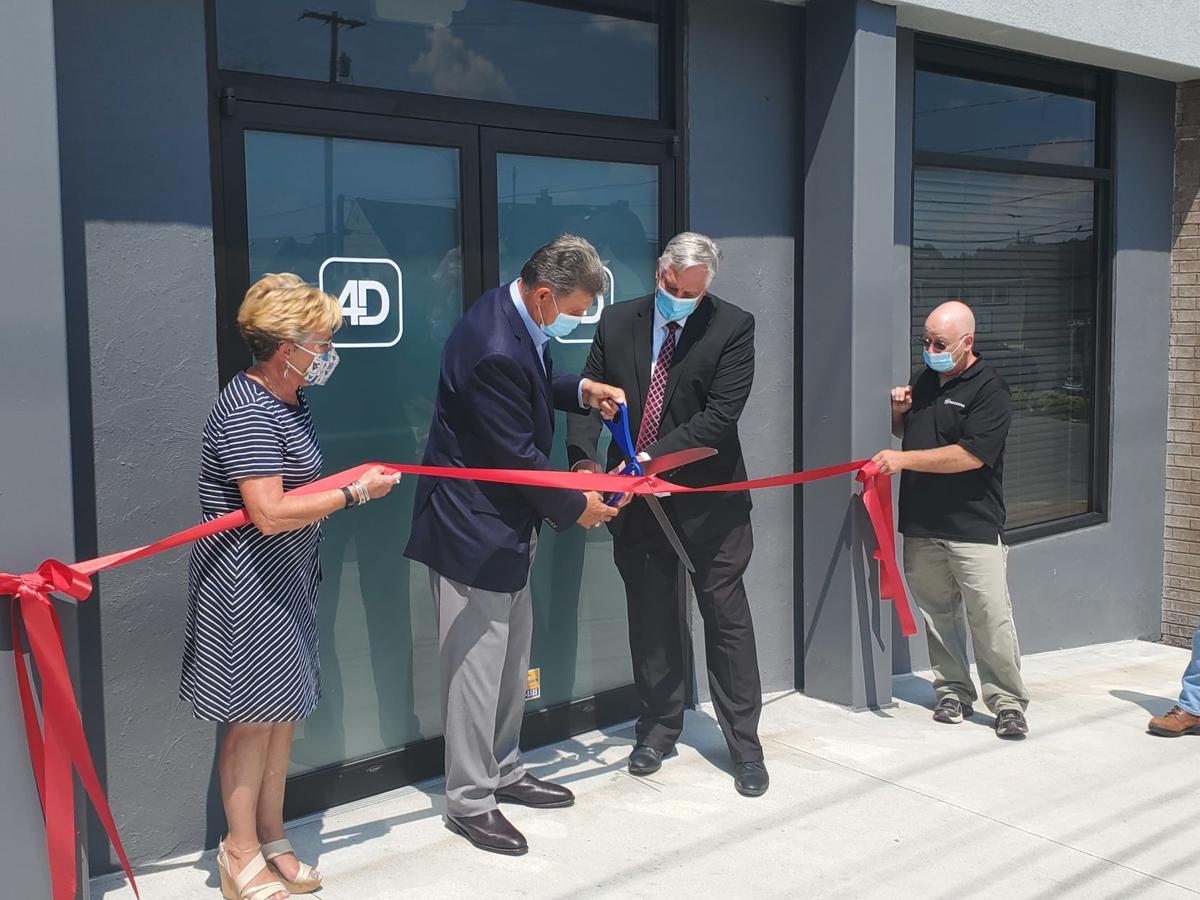 U.S. Sen. Joe Manchin, second from left, and 4D Tech Solutions President and CEO Brad DeRoos, second from right, cut a ribbon for a ceremony at the business Tuesday. 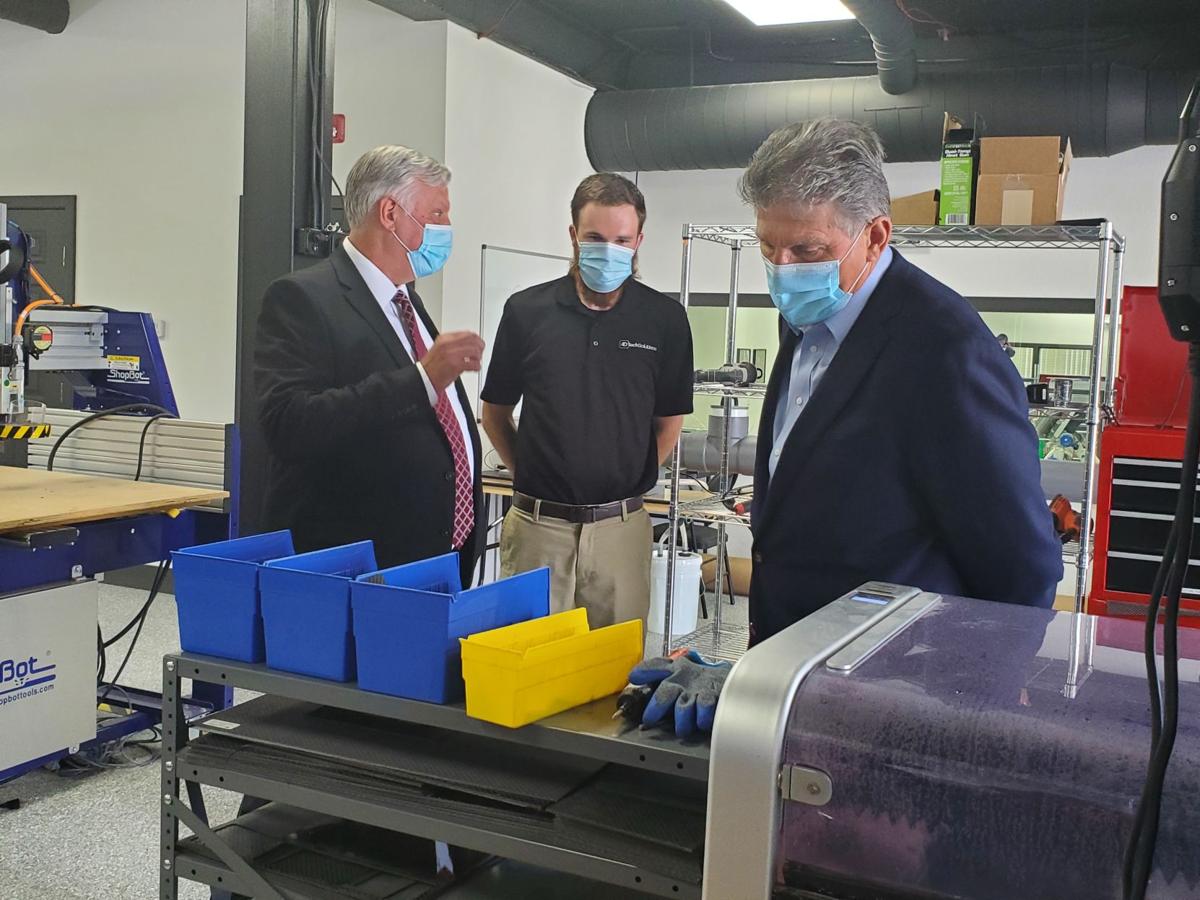 U.S. Sen. Joe Manchin operated a robot created by 4D Tech Solutions Tuesday, during a visit to the business.

U.S. Sen. Joe Manchin, second from left, and 4D Tech Solutions President and CEO Brad DeRoos, second from right, cut a ribbon for a ceremony at the business Tuesday.

FAIRMONT — It’s not every day that a U.S. senator attends the ribbon cutting for a small business, however, that’s what happened recently at 4D Tech Solutions.

U.S. Sen. Joe Manchin, (D-W.Va.), met with 4D President and CEO Brad DeRoos, as well as the company’s engineers and programmers who work on federal projects including those for the U.S. military. Originally founded in Morgantown, 4D now has a Fairmont office.

“They have grown to Fairmont; we’re very happy to have them here,” Manchin said of 4D Tech Solutions. “They work with the Department of Defense, and I’m just proud in West Virginia that we’re doing so much to keep the peace around the world and protect America.”

“He is very interested in what’s happening and making things happen in West Virginia,” DeRoos said. “We do a lot of our work for the Department of Defense, so I think he was a very appropriate person to come tour the facility. We were very glad.”

DeRoos and his lead engineer, Matt Bartrug, took Manchin on a tour of the facility, which is the remodeled former Fairmont Federal Credit Union office. Tina Shaw, president of the Marion County Chamber of Commerce, who helped facilitate the ribbon cutting event, said it’s always good to see an older building get a new purpose.

“I think it’s a unique business model and their employees are young and bright and can be very global,” Shaw said. The fact that they took an existing empty building and repurposed it is really something we encourage for business in the area.”

On his tour, Manchin tested a remote-controlled rover machine created by 4D Tech Solutions, and said the advancement of technology coming from West Virginia is inspiring to him.

“The High Tech Consortium means an awful lot to the state of West Virginia but it means a tremendous amount to the United States of America and our government,” Manchin said. “An awful lot of the research is done, a lot of the high tech; a lot of the defense products that are made that help keep us safe every day, are made right here in West Virginia, and right here in the Harrison, Marion and Monongalia County area.”

Manchin attributes some of the recent innovations coming from West Virginia to its location in the country, its close proximity to Washington, D.C., which he said is where many technology development firms do their business.

“It’s close enough to Washington, D.C., but far enough away not to be in the line of fire, if you will, but close enough to be able to give support very easily,” Manchin said. “I see tremendous growth potential for our state.”

Shaw commended 4D Tech Solutions for bringing technology jobs to the area, and making products that exemplify the abilities of the state of West Virginia. Seeing that the firm attracted the attention of a U.S. Senator in Manchin, Shaw believes 4D will earn even more attention in the future.

Manchin said 4D Tech Solutions is another piece of the machine that is West Virginia’s high tech output, and that the advancements made in the state just in the last 20 years show even more promise for future innovation. People just need to look around to see the proof, he said.

“This began here 20 or more years ago,” Manchin said. “Right now when you look at it, the FBI, the Department of Defense is here, there’s so much high-end quality stuff here. Supercomputers, NASA — there’s an awful lot going on that maybe people don’t realize or know about. But it’s a tremendous backbone.”

Ruth G. Hutchinson, 82, of Fairmont, passed away Monday, November 23, 2020. She was born in Fairmont on June 23, 1938, a daughter of the late Norman and Alma Holloway. She was a member of the Welcome Baptist Church choir and church. She enjoyed crochet, music, church, cooking for her family,…