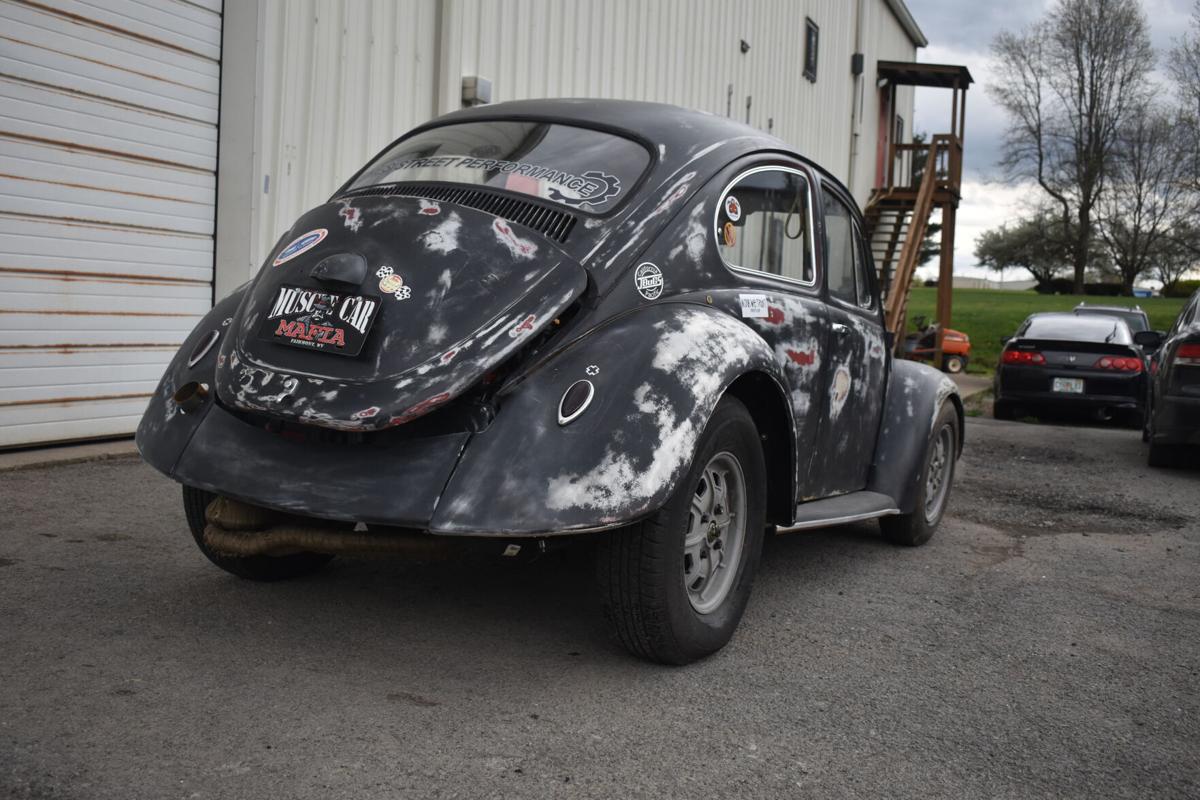 The rear of Porter Stiles’ souped-up 1968 VW Beetle. The rear hood had to be re-fitted to accommodate the larger, faster Subaru engine. 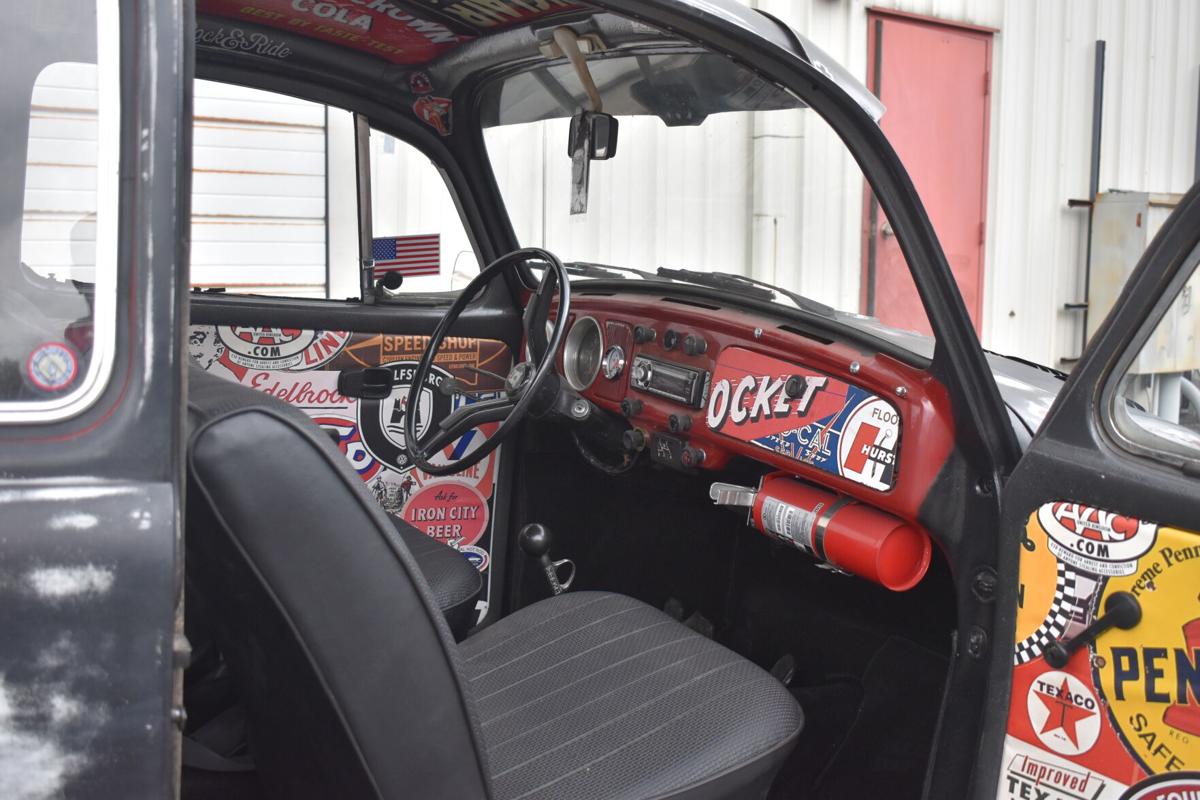 The car’s interior panels were custom made for Porter Stiles ‘68 VW Beetle. 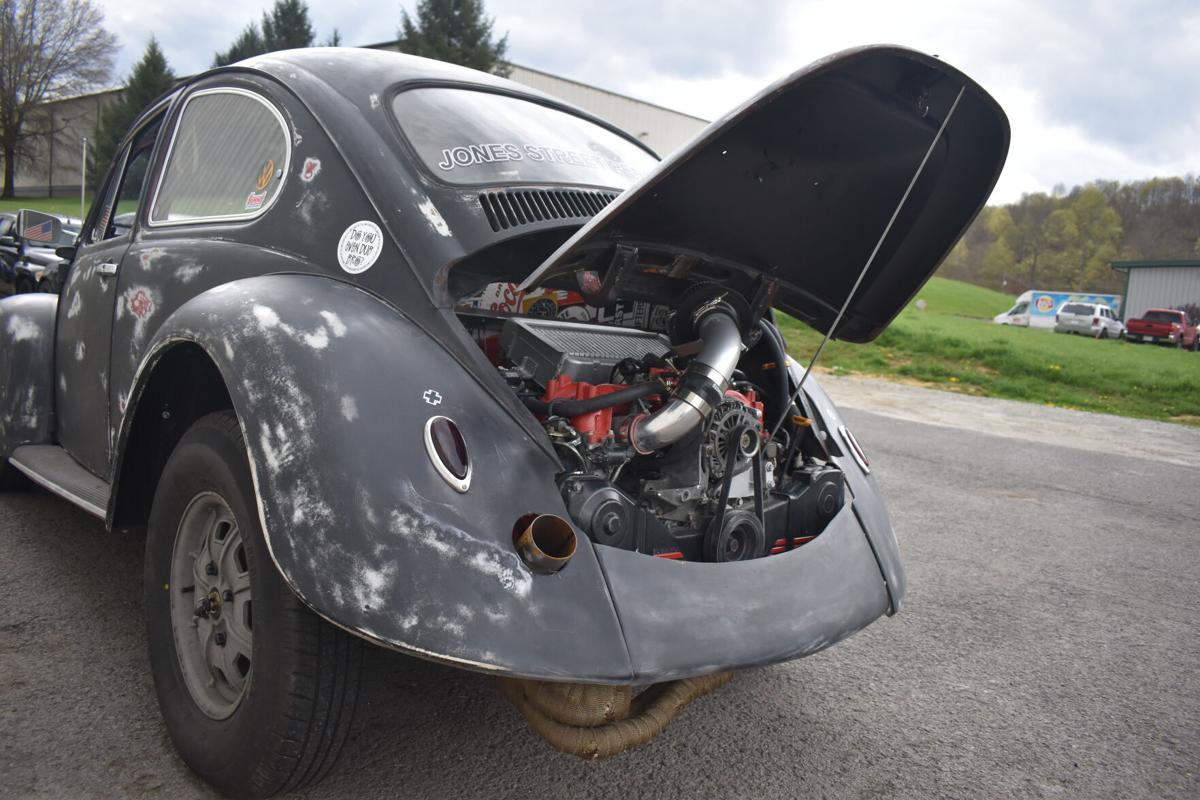 The engine bay had to be cut out for the new block to fit inside and the exhaust system is all custom as well. 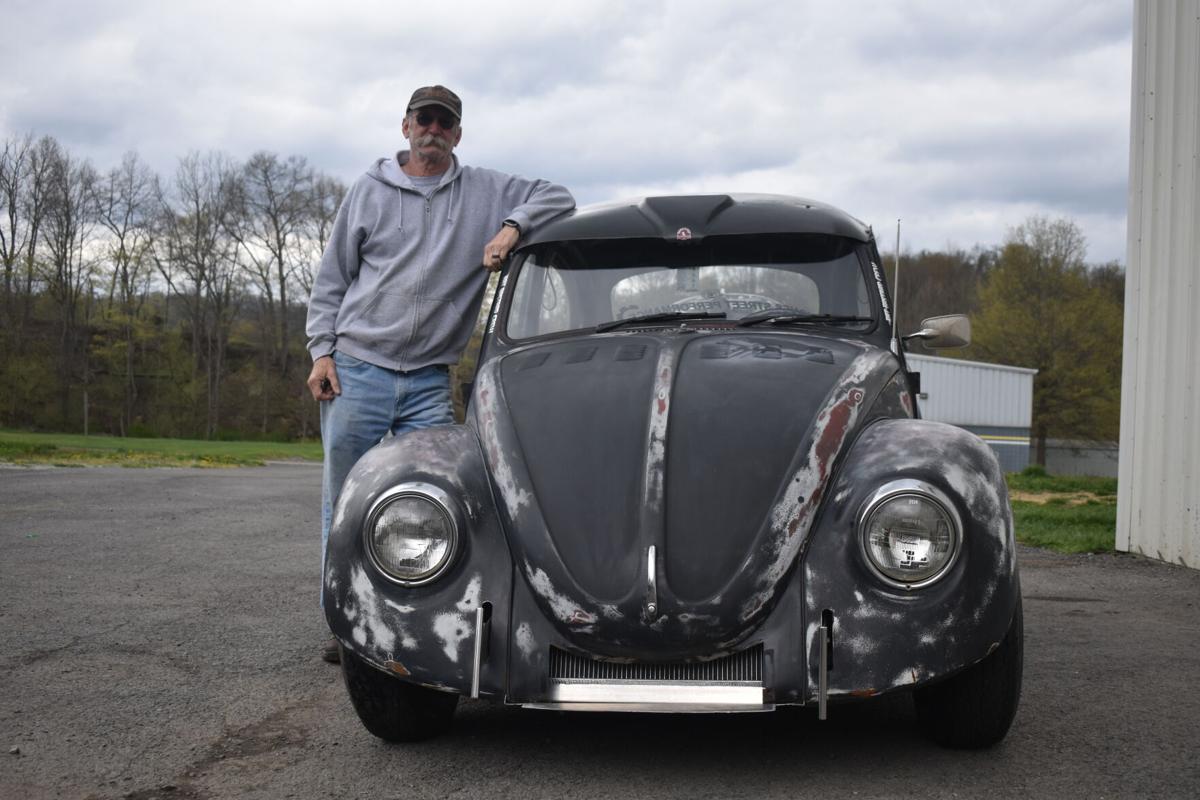 Porter Stiles next to his prize-winning beetle. Last weekend, he won third place in the compact custom class at the World of Wheels show in Pittsburgh.

The rear of Porter Stiles’ souped-up 1968 VW Beetle. The rear hood had to be re-fitted to accommodate the larger, faster Subaru engine.

The car’s interior panels were custom made for Porter Stiles ‘68 VW Beetle.

The engine bay had to be cut out for the new block to fit inside and the exhaust system is all custom as well.

Porter Stiles next to his prize-winning beetle. Last weekend, he won third place in the compact custom class at the World of Wheels show in Pittsburgh.

Stiles has been behind the wheel of fast cars since the 1960s, and he just won third place in the compact custom class at the World of Wheels in Pittsburgh with a souped-up ‘68 Volkswagen Beetle last weekend.

“This isn’t the kind of car you drive down to the Dairy Cream Corner,” said Stiles. “This is a race car.”

Stiles grew up in Kingwood, W.Va., but came to Fairmont often to drag race at the Eldora Raceway. After serving in the U.S. Air Force during the Vietnam War, he returned to Fairmont for college and never left.

“I had a cousin that drag raced and my brother drag raced back in the early 60s, that really got me into cars,” Stiles said. “I’ve just always loved cars.”

Growing up in the drag race scene gave him the itch early, and Stiles, now 68-years-old, still loves to push cars to the limit.

“I bought a Corvette and was drag racing it on the interstate out in Dayton, Ohio,” said Styles. “I went into the median and broke [the car] in half and we had to try to put that back together.”

Stiles has owned and driven his fair share of cars, but he’s always had a soft spot for Volkswagen.

“My first car was a 1958 Volkswagen, but I always wanted a bug,” said Stiles. “I found this one, went and got it. Driving it back it only had 40 horsepower and I thought, ‘It’s time to fix this.’”

One look at his Beetle and it’s difficult to tell if he truly fixed it up.

“People always ask me when I’m going to paint it,” Stiles said. “But I tell them it is painted.”

His ‘68 Beetle is something to behold. In its current form, the Beetle has a Subaru engine fit into its original Bug body. The engine bay has been reconfigured to accommodate the larger engine. The exhaust is customized and a radiator was added to the front to make the souped-up engine stay cool and it’s topped off with custom interior panels.

With the Subaru engine, the Beetle now has 350 horsepower, compared to the car’s original engine that had 40 horsepower.

This car was a dream project for Stiles. One of his friends asked if he’d bring a car to the World of Wheels and it gave Stiles the perfect excuse to get the project finished. With some special help from Jeff Jones, owner of Jones Street Performance, Stiles was able to get the Bug street-ready.

“We worked two weeks solid from in the morning to midnight to sometimes three in the morning to get the car ready to go,” said Stiles. “[Jones] had to fabricate the exhaust, we had to cut out the engine bay for [the engine] to fit, we had to mesh the wiring from a Volkswagen to a Subaru, rebuild the whole intake setup.”

This project would’ve been feasible in a few month’s time, but Stiles and Jones were bent on getting it in shape for World of Wheels, giving them just two weeks to get it running.

Despite the challenges, they got it done and the Beetle was entered in the car show.

“I told him if it’s not running, it’s still going to the car show. We’d have push it on and pushed it off,” said Stiles. “But it ran, we drove it on the trailers and drove it off.”

Jones’ shop, at 119 Roush Cr. in White Hall, usually deals with smaller, aftermarket changes such as window tints or remote starts, but he says he usually does three or four bigger projects a year.

“But typically, I’d tell you it’d take six months to have something like this done,” said Jones. “We can do a lot of stuff. I’ve done full, frame-off restorations, I just don’t usually do museum-quality. It’s usually something we want to go way faster than it’s supposed to.”

Stiles doesn’t plan to slow down any time soon and is always looking for new projects. He said he is thankful that Wade Linger, owner of Wade’s Garage, let him start his project there and for Darris Tate’s help on the project as well.