Lydia Bailey, 44, of Fairmont, said race relations in the U.S. “are ridiculous” and President Trump has done a terrible job of handling the COVID-19 pandemic.

Rev. Nathan Barker, a minister at Victory Baptist Church in Fairmont, said the coronavirus threat has been blown out of proportion, causing many people to live in fear. 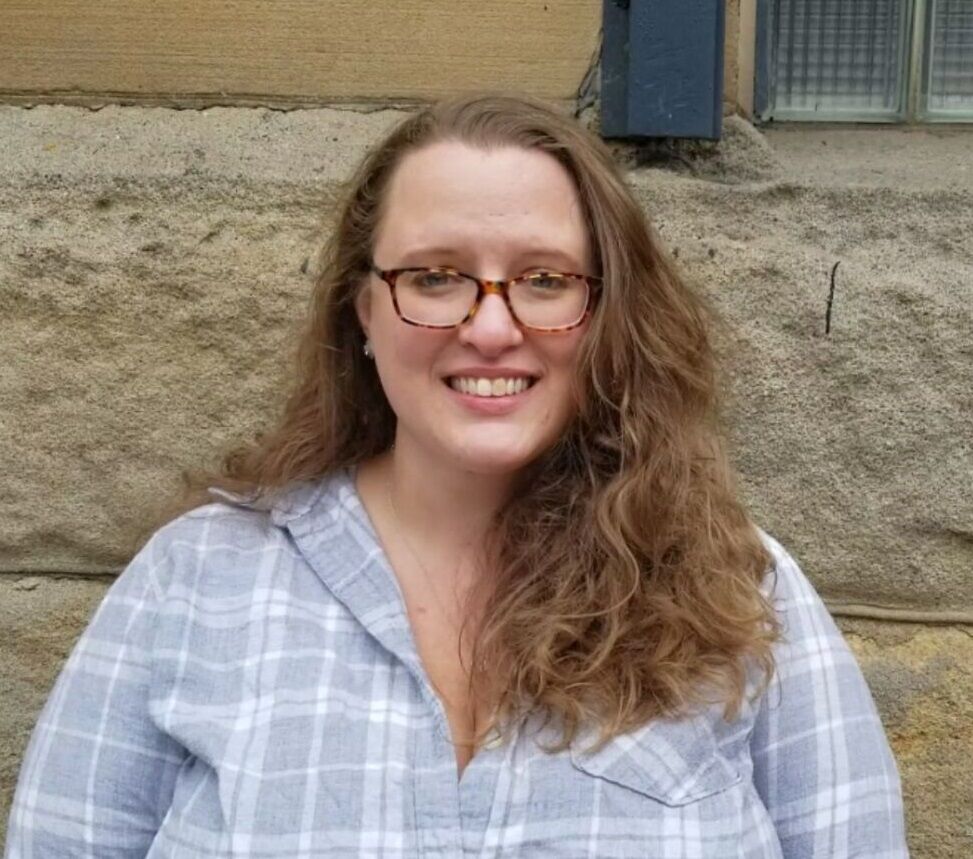 Andre Kendrick, 32, of Fairmont, said she is disappointed with President Donald Trump on his  handling of multiple issues. 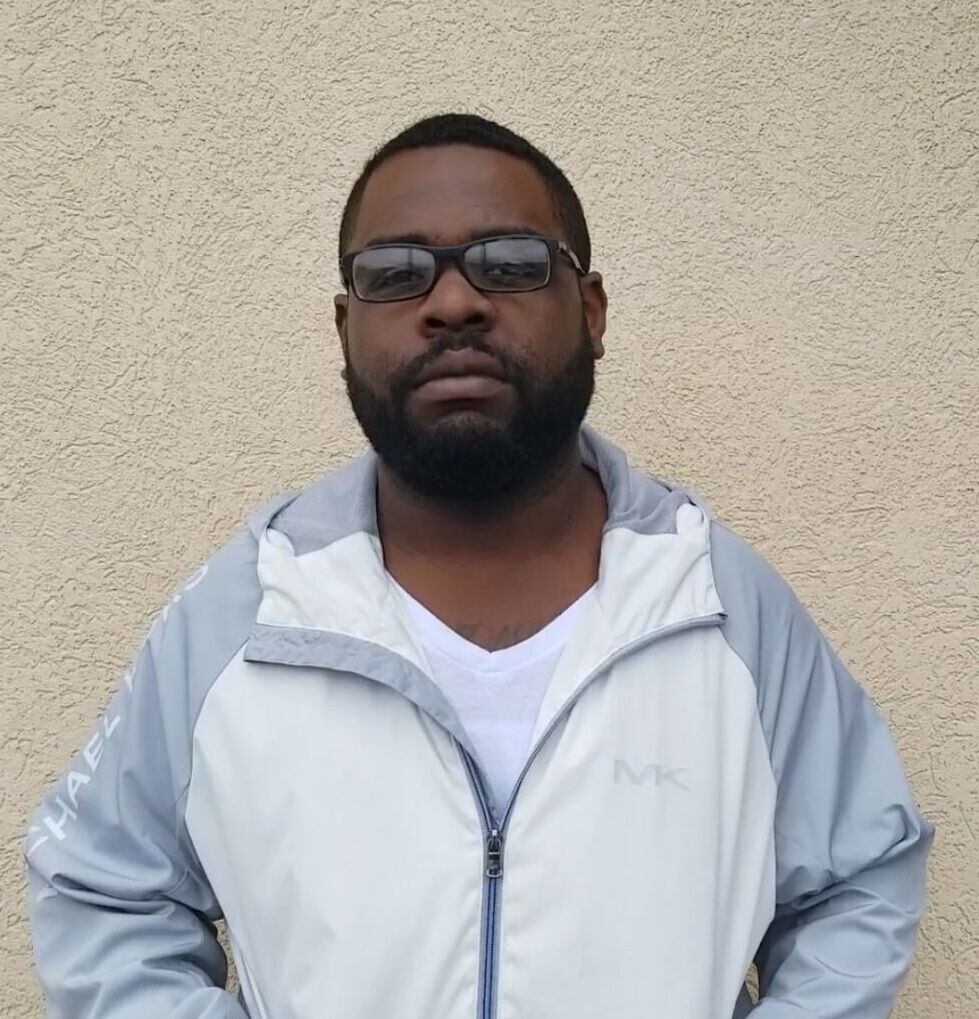 Dorian Clay, 30, of Fairmont, said he appreciates how Donald Trump speaks his mind and the president shouldn’t be blamed for how he handled pandemic. 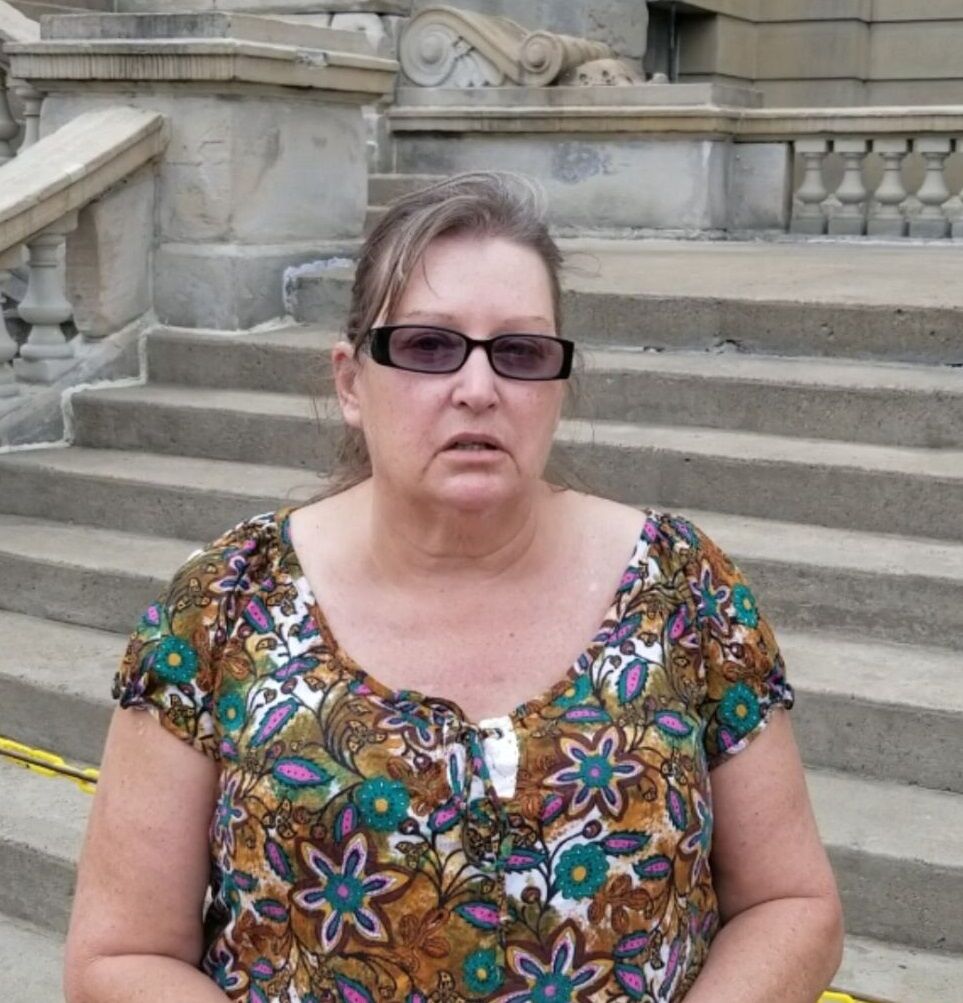 Laura Baker, 56, of Fairmont, said she believes the Trump administration has failed to adequately address the coronavirus pandemic.

Lydia Bailey, 44, of Fairmont, said race relations in the U.S. “are ridiculous” and President Trump has done a terrible job of handling the COVID-19 pandemic.

Rev. Nathan Barker, a minister at Victory Baptist Church in Fairmont, said the coronavirus threat has been blown out of proportion, causing many people to live in fear.

Andre Kendrick, 32, of Fairmont, said she is disappointed with President Donald Trump on his  handling of multiple issues.

Dorian Clay, 30, of Fairmont, said he appreciates how Donald Trump speaks his mind and the president shouldn’t be blamed for how he handled pandemic.

Laura Baker, 56, of Fairmont, said she believes the Trump administration has failed to adequately address the coronavirus pandemic.

Dorian Clay, 30, of Fairmont, owns and operates an auto detailing business. Clay, who is Black, said he has several family members he’s not been able to visit because of their fear of catching the coronavirus, but he does not believe the president is to blame for his handling of the COVID-19 issue.

With only days to go until a divided America casts its votes in the 2020 presidential election, we asked Marion County residents about three issues that have consumed the public’s attention this year. Five residents voiced their opinions on topics including the coronavirus pandemic, economic recession, and race relations for the “Pulse of the Voters” project.

“The Trump Administration is doing the best they can, at least that’s how I feel. This is something that took the whole world by storm, not just this country,” Clay said.

Clay said the economy, in his opinion and according to his business’ bottom line, is doing quite well despite the societal shutdown that accompanied the pandemic.

“Personally, I feel it’s probably at the best it’s ever been,” he said. “I started my first business during the coronavirus. If I were still working day-to-day, it might not have been able to happen. It seems like it’s a little bit easier to get a dollar nowadays. And when that trickles down the totem pole, to the bottom, I say it’s in good standing.”

Regarding race relations, Clay said America has got some work to do.

“Division sells at the end of the day. That’s why I think certain ethnicities keep going through the same stuff, to be honest. It sells. Division sells. If it weren’t the case, Microsoft and Apple would be together,” he said.

Clay said he’s not sure if he’ll vote in November, but if he does, he’s leaning toward Trump.

“I kind of like what Trump’s doing as far as the economy. As far as all the rhetoric and him speaking his mind, why wouldn’t you like something like that, somebody who just speaks their mind?” Clay said. “At least you know what you’re dealing with, rather than a person who says ‘Hey, I’m for you, I’m for you, I’m for you’ and then behind you they got a big pitchfork.”

Lydia Bailey, 44, holds two jobs — one as a social worker with a state government agency — and one as a telemarketer. Bailey, who is Black, said she’s been unimpressed with how the Trump Administration has handled the COVID-19 pandemic.

“In my opinion, it’s been mishandled as far as the information that was released and how serious is was. It was downplayed and, once it was taken seriously, it was too little, too late,” Bailey said.

Bailey said her household has fortunately withstood the economic downturn caused by the pandemic.

“Thankfully, I’ve not been affected that majorly financially because I was able to continue to work,” she said. “Plus, I’m a homebody, so I like working from home. Financially, thank God, I was still sustained — bills were paid, children were fed, all my needs were met. But everybody didn’t have that same outcome.”

“We’re in 2020 and we’re still fighting the same things that Martin Luther King fought for, for justice and equality,” she said.

“It bothers me on a personal level. I have nephews that are young Black men who are targeted just for the color of their skin. I also have daughters,” Bailey said. “It’s heartbreaking to think somebody believes my children are less valuable than them, that there’s no value to their life, so they can hurt them without a second thought and justify it because of race.”

Bailey intimated she’s not impressed with the candidates from either major political party, but said she will not vote to re-elect the president.

“I’m definitely not for President Trump, so I’m not voting for him. Everybody has pros and cons, but the Bible says ‘the heart of the king is in the hands of the Lord,’ so whatever happens I’m still trusting God to bring the best out of either one, whoever wins.”

Andrea Kendrick, 32, is an insurance agent who recently began a new job. Kendrick said she is not impressed with Trump’s handling of the COVID-19 pandemic.

“I feel the current administration has dropped the ball. Honestly, I think so many things could have been done better, starting by recognizing the facts, listening to scientists and doctors who had already told us well before we freaked-out in late February and early March that all of this was coming and we needed to be prepared,” she said.

“We’re making this about personal liberty when that’s not what this is about. We’re a community, as Fairmont, as West Virginia and as a nation,” Kendrick said.

On the economy, Kendrick said the consistent gains in the stock market under the Trump Administration are not indicative of a financially secure populace.

“I think that’s a double-edged sword. I think everyone sees the stock market doing well and assumes our economy is doing well also. How many individuals do you know that actually own stock, though?” she said. “The stock market is not a good indicator of how the actual individual economy is doing. We have so many local businesses that are struggling right now. And I think it’s going to be an economic impact that we feel for months and years to come.”

Kendrick said she feels strongly race relations need to improve, locally and across the country.

“It’s a very divisive topic because some folks have lived in such a bubble that they don’t realize it’s actually a problem. They don’t see firsthand how some people are being treated simply because of the color of their skin or even their perceived color of skin,” she said.

“On paper, we’re all equal. However, that doesn’t mean in practice that’s how it works. I think we as white Americans need to do our part and help lift up our friends of color, our family of color, and just make sure they are being cared for the same way we are cared for by our doctors, by our law enforcement, everybody,” Kendrick said.

Rev. Nathan Barker, 45, is a minister at Victory Baptist Church in Fairmont. His daughter is recovering from COVID-19, so the illness has struck close to the pastor’s home.

“My daughter, who no longer lives in the state here but is out of state, just recovered from coronavirus. As a matter of fact, she was released yesterday from quarantine, so I know it’s real,” Barker said. “I understand some people have died and I am sorry to hear that.”

Barker believes the threat of the virus has been blown out of proportion when compared to the recovery rate of those individuals infected.

“The good news about the coronavirus is its 99.99% recovery rate. Whether one is politically entitled to believe we should have shut the country down over .01% or whatever, I don’t know. That’s above my pay grade. I do know the virus is real and I know it’s concerning,” he said.

The minister said he’s concerned about racism as the issue has played a large role in the national dialogue this year.

“The state of race relations is probably right now the most sensitive topic out there. But I believe there’s only one race — and that’s the human race. I don’t believe we should be fighting because of the color of our skin. We’re all made in the image of God,” Barker said. “I love all people of all color. I’m color. I’m just the color white. I don’t want to see this world through the lens of color. I know there are a lot of people who have been hurt because of the color of their skin and I’m sorry for that.”

Laura Baker, 56, is a retired director of a nonprofit agency and a disabled veteran. She believes the current administration has failed in adequately addressing the coronavirus pandemic.

Baker said the economy will play a major role in how she will vote in November.

“There are so many workers out of work because of this,” she said. “I know so many people that are essential workers that are working so hard, to the point of exhaustion. The school teachers are way overworked right now.”

Baker said she is particularly disappointed in the president’s handling of race relations.

“The Trump Administration isn’t handling race relations whatsoever. In my opinion, they’re just totally ignoring it or adding to it. It’s 2020, for God’s sake. The world is a diverse place, especially in this country. It’s time we all just grow up and get used to it,” she said.

Baker also said she is dismayed by violent protests that have occurred in the country.

“I have nothing against sit-in protests or quiet protests, that’s the right. But all this violence is just crazy and ridiculous and so junior high,” she said. “Everybody just needs to get along. We all have to live together. We just need to learn to do it.”

As for her planned vote, Baker said it won’t be for the incumbent president.

“I will absolutely not be voting for Trump. If Trump gets president again, my fear is that he will make himself king,” she said.

President Donald Trump and challenger Joe Biden are intensifying their efforts to persuade uncommitted voters to pick sides in the closing days of the presidential election campaign.