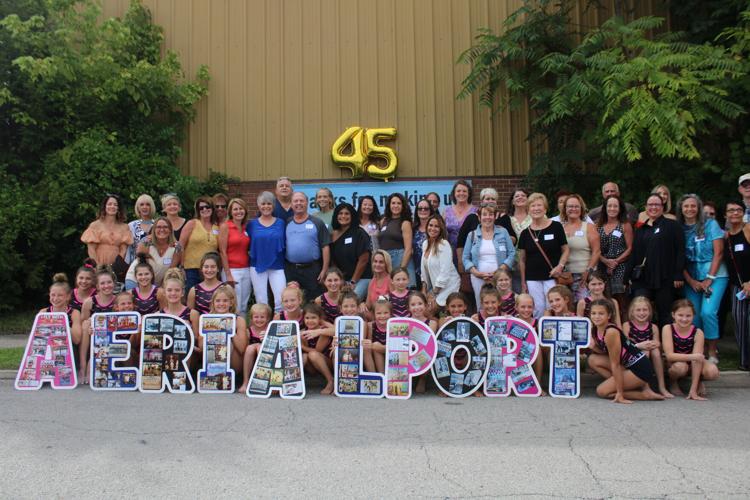 Past and present students of Gary Rafaloski pose for a photo with Rafaloski at Aerial Port’s 45-year anniversary. 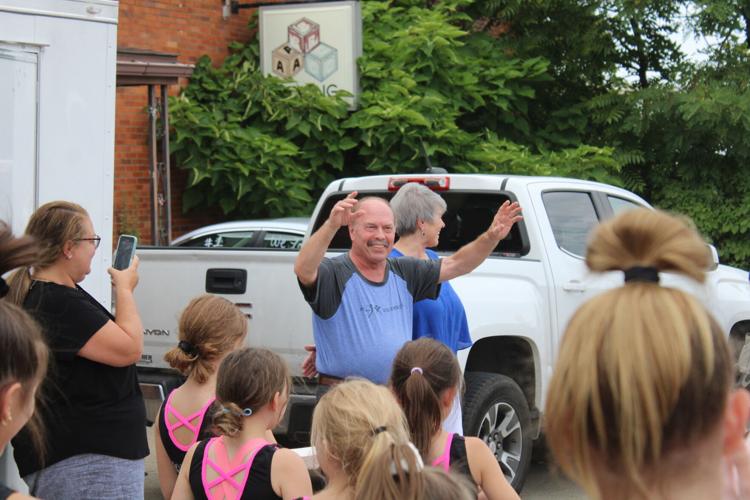 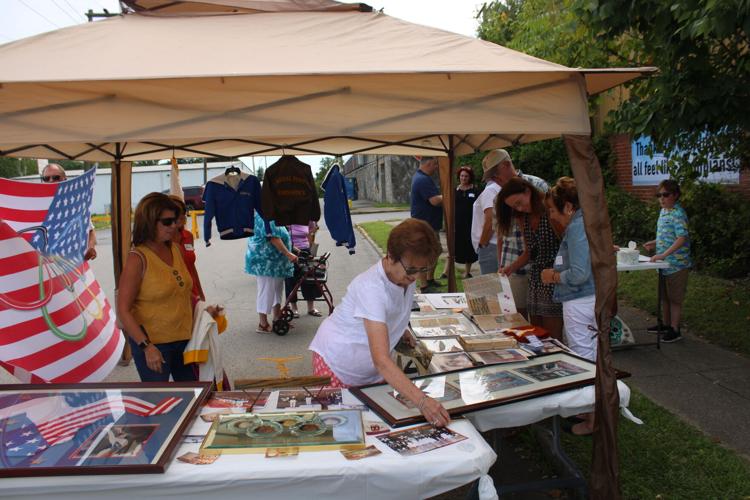 Alumni of Aerial Port look at mementos on display during the gymnastics center's 45-year anniversary. 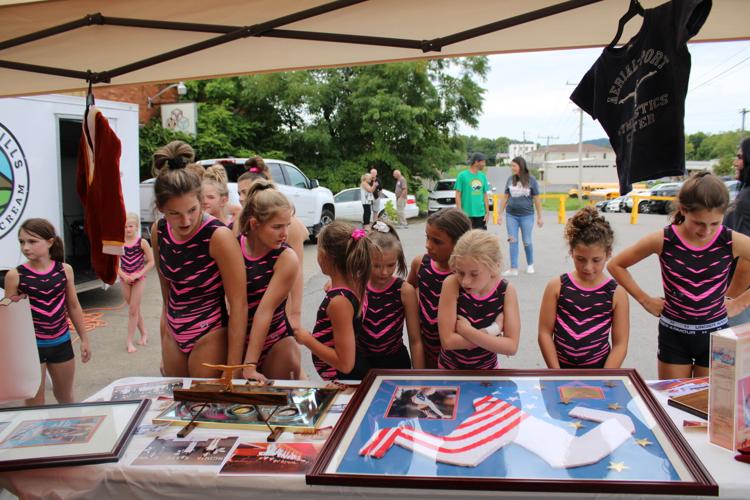 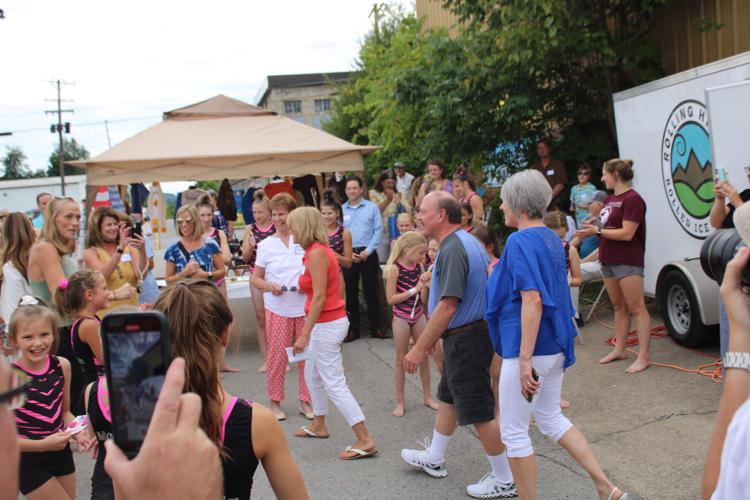 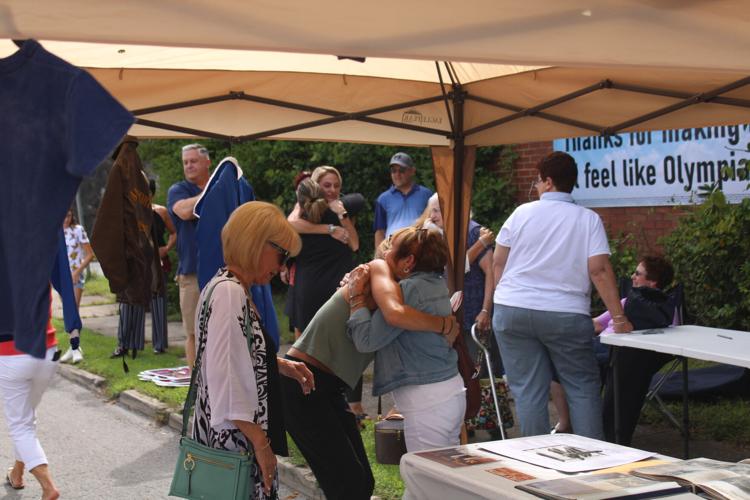 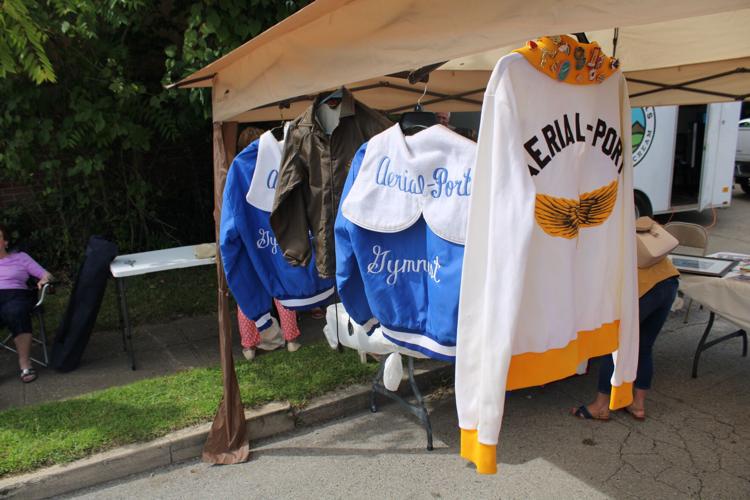 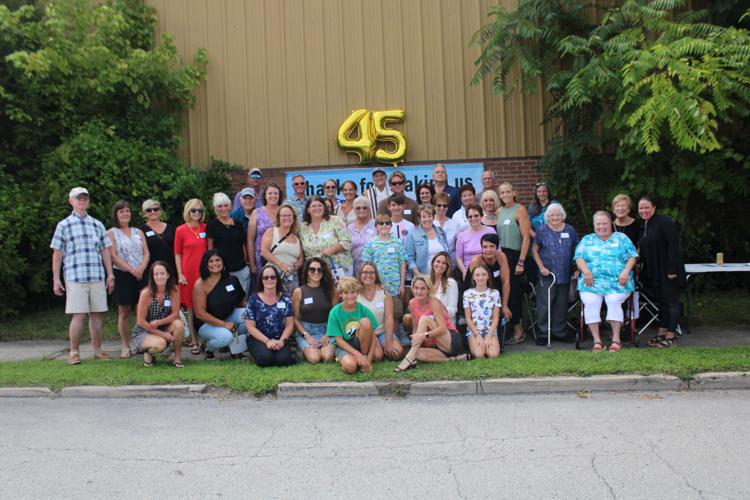 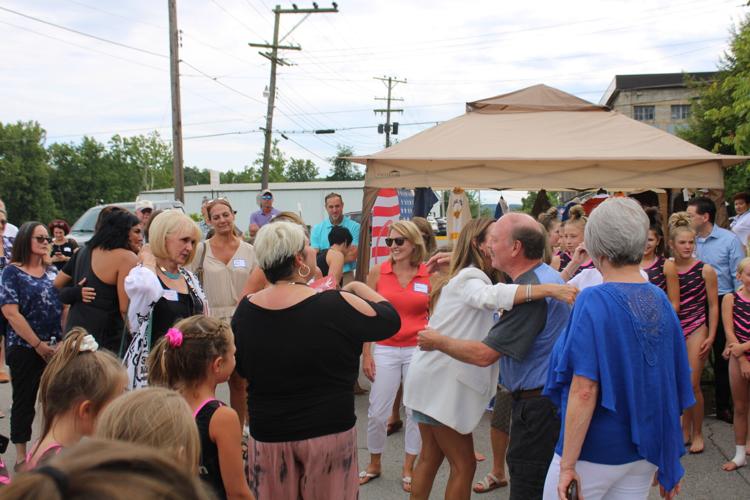 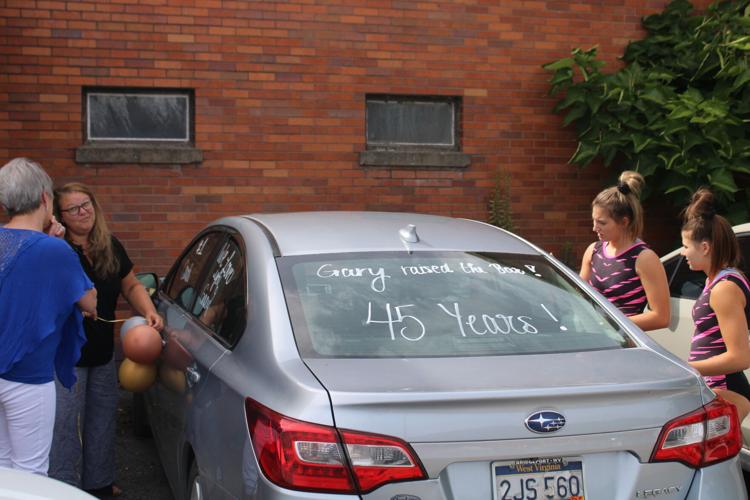 Current and former students of Gary Rafaloski write congratulations on the car of the Aerial Port owner. 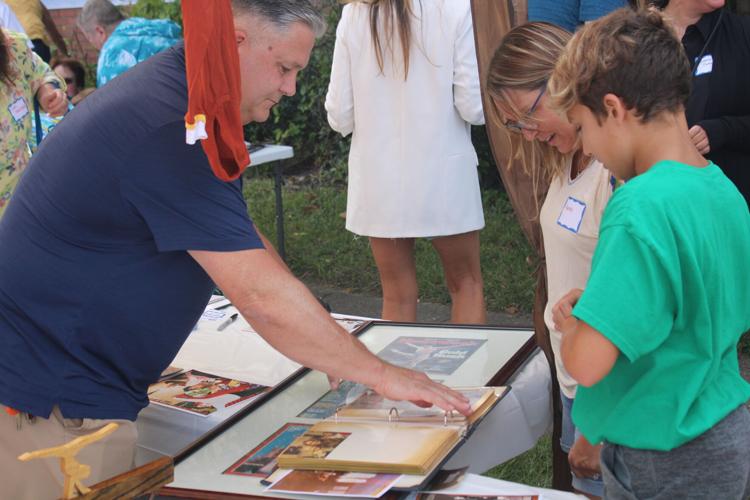 Alumni of Aerial Port look at mementos during the gymnastics center's 45th anniversary.

Past and present students of Gary Rafaloski pose for a photo with Rafaloski at Aerial Port’s 45-year anniversary.

Alumni of Aerial Port look at mementos on display during the gymnastics center's 45-year anniversary.

Current and former students of Gary Rafaloski write congratulations on the car of the Aerial Port owner.

Alumni of Aerial Port look at mementos during the gymnastics center's 45th anniversary.

FAIRMONT — After 45 years of coaching, Aerial Port’s Gary Rafaloski has left an indelible mark on generations of gymnasts.

Rafaloski’s impact was made crystal clear Saturday, when more than 40 alumni from throughout Aerial Port’s history made their way back to Fairmont to stage a surprise party for Rafaloski on the center’s 45-year anniversary.

“I would’ve never dreamt it, to the see the different generations of gymnasts, goes back to the 70’s,” Rafaloski said. “A complete surprise to see the amount of people that are here, who have traveled all across the country to come in for this occasion. It’s overwhelming, I can’t tell you enough the love and support that I feel right now.”

Rafaloski was a three-time junior college all-American at Odessa Junior College before taking his talents to Indiana State, where he was teammates with eventual world champion Kurt Thomas. After graduating, Rafaloski started Aerial Port gymnastics in Fairmont in 1977, and in the nearly half a century since then, he has coached hundreds of gymnasts, who spoke highly of the effect his tutelage had on their lives.

“Gary is just a remarkable coach,” Radine Gibson, an alumni of Aerial Port who played a large part in organizing the surprise party, said. “He’s positive, he’s encouraging, he really brings out the best in each gymnast. He inspires a work ethic and team camaraderie.”

“I always tell my kids “We’re here for a greater purpose, and it’s not winning a game.” And that’s because Gary kind of taught us that hey, these medals, these trophies will collect dust, it’s really the life lessons that you’re learning in this gym, and it’s the teammates that you have for life. I’m telling you, we reconnected like we just saw each other yesterday. It was amazing planning this, we’ve had a lot of fun.”

Throughout 45 years of operating Aerial Port, Rafaloski has coached gymnasts like Olympic gold medalist Mary Lou Retton. While Retton couldn’t make it in person Aug. 14, she did send her Olympic medals, leotard, and other memorabilia to be displayed outside.

Still as active as ever, Rafaloski’s current crop of young students had just wrapped up practice before the surprise party, and got to look over the items on display in a moment of past-meets-future for Aerial Port gymnastics.

“We want to make an impact on their lives not only in developing good gymnasts, but bringing out the character in them,” Rafaloski said. “The work ethic, developing the discipline and the persistence. All of the qualities that it takes to be successful not only as gymnasts but also in life, that’s what we want them to work towards.”

Gibson and others organized the anniversary get-together largely through social media all the way back in December, and before long alumni from all points of Aerial Port’s history were offering their support in making the event happen. Many of the alumni came from various points across the state to show appreciation for the role Rafaloski played in their lives.

“I think we all just wanted to give back to him, realizing the great memories he gave us,” Gibson said. “The huge team and family that he’s created over the years — I graduated in 1988, and from there down we’ve continued to keep in touch over the years. He’s really built that family and brought the parents together as well.”

Throughout Aerial Port’s long history in Fairmont, Rafaloski has coached scores of champions, and made just as many memories. Surrounded by the women who made those memories over the last 45 years, the moment was not lost on the longtime coach.

“It means the world to me,” Rafaloski said of the gathering. “It means that along the way, I made some impact to their lives. I truly am blest to have such talented gymnasts and supportive parents over the years to want to come back and see me. What a special occasion it is, it’s just a thrill to see everyone here.

“It’s just totally amazing. It’s overwhelming because over the years you lose touch with people, and for so many of them to come back on this special day means the world to me. So it’s truly a blessing to know that I have this love and support that’s been in the making for all these years and it’s here on this special day.”