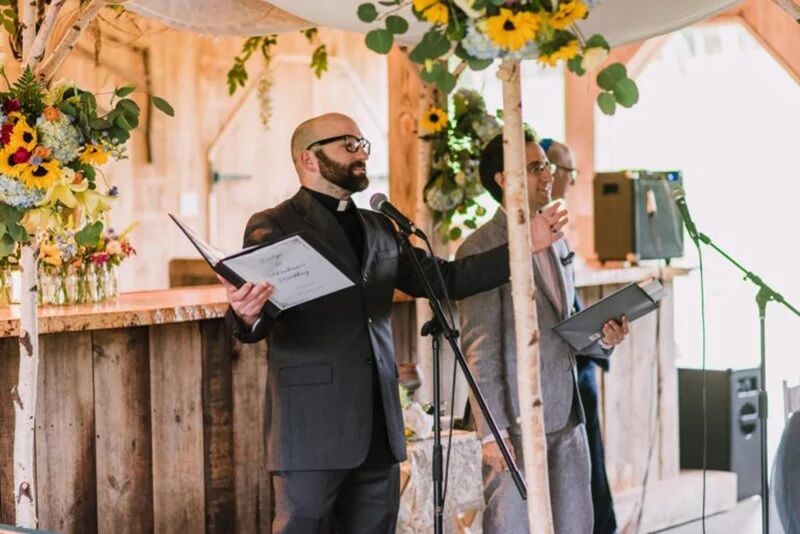 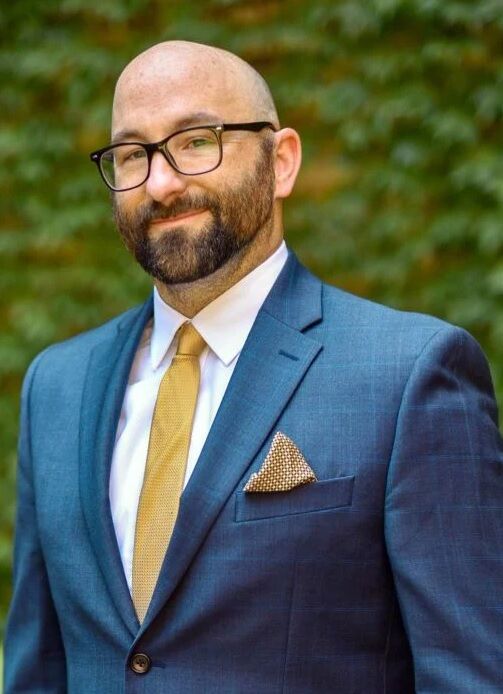 CHICAGO — Jason Lydon realized two things when he was incarcerated: that he wanted to be a Unitarian Universalist minister and that, in a moral and just society, prisons would not exist. Now, 18 years later, he’s accomplished his first goal — and he’s working on the second.

Speaking to Religion News Service over Zoom from his office at the Second Unitarian Church in Chicago, Lydon explained how his theology and his belief in prison abolition are inherently linked, springing from core Unitarian Universalist tenets that every human has worth and dignity, that there is no hell, that there is universal salvation and that humanity is united in a web of connectedness.

“If I don’t believe God would punish people after death and send them to hell, because God is so loving and because punishment is not salvific, then why would I think punishment would be salvific on earth?” Lydon said. “That makes no sense. It’s just theologically inappropriate.”

That understanding can put him — and theologians like Delores S. Williams and James Cone — at odds with theologies that believe punishment can change someone for good. “For those who are thinking about Jesus as their savior,” he challenged, “was it the punishment — the crucifixion of Jesus — that was salvific or was it the resurrection?”

It was Lydon’s religious education that led him to the action for which he was incarcerated in the first place.

“I learned about the harms of capitalism, the violence of white supremacy and the destruction of the prison-industrial complex at church conferences,” he said.

In 2002, at 19, he joined a group of activists protesting the Western Hemisphere Institute for Security Cooperation — as Fort Benning’s School of the Americas was renamed in 2001 — where the U.S. Army trained a “who’s who of Latin American despots.” Horrific killings in El Salvador, including the assassinations of six Jesuit priests and Archbishop Oscar Romero and the massacre of over 900 people in El Mozote, were all linked to the institute. Walking onto the base in a planned act of civil disobedience led to the arrests of Lydon and more than 80 others. He was sentenced to six months in federal detention.

He spent 45 days in solitary, three times the amount the U.N. defines as torture. As so many other incarcerated people experience, it was there his faith — and the community that came with it — became a lifeline.

“I found prayer and guidance through my faith community. I got hundreds of letters from Unitarian Universalists around the country, sending me love and care and poems and readings and stories and books,” he said.

It was a community that had always felt like home. Lydon was introduced to Unitarian Universalism at 6 when his mother and stepfather, who met in seminary school, took him to a service in Watertown, Massachusetts. At the coffee hour, his mother recounts, he declared, “I’ve always been a Unitarian Universalist, and I didn’t even know it!”

After being released, Lydon kept up with the friends he had made inside, writing letters back and forth. They were able to discuss their sexualities for the first time, and he found many of them were queer, like him. Soon, he gathered so many pen pals he couldn’t respond to them all.

So he enlisted his friends, inviting a group over for dinner but telling them they couldn’t eat until they wrote a letter. And so Black and Pink — which would grow into a major advocacy organization for LGBTQ+ and HIV/AIDS-positive people inside — and its central pen-pal program were born.

He continued the project while he worked at the Community Church of Boston for seven years, during which time he was also ordained. In 2012, he turned to work for Black and Pink full time. While it is a secular organization, he said, “for me it was always ministry.”

Michael Cox, now director of the Massachusetts chapter, met Lydon when he was newly released from prison and stopped by the Black and Pink offices to chat. Lydon, he said, “has a real fearlessness that can be lost on people because he is soft-spoken. He has such an unwavering vision for abolition.”

In 2019, Lydon stepped down from directing Black and Pink and moved to Chicago, where he lives with his partner, serves at the Second Unitarian Universalist Church and volunteers with the local chapter of Black and Pink — which was active even before he got to the city.

Even as a minister, though, Lydon said abolition is always on his mind. In his message during a 2020 service for the anniversary of the Stonewall riot, he brought up the church’s stained-glass windows, which Orte Foyo-Carbonell made after a Chicago gay bar was raided by the police. “Part of the structure of our building is the story of queer survival against police violence,” Lydon said. “It is literally part of who we are.”

After opening their building for protesters to shelter during the curfew-driven police crackdowns last summer, Second Unitarian has been having difficult conversations about its relationship with police that Lydon thinks every congregation should have: “What are our policies around the police? Why would we ever call the police? How would that ever help anything? How do we understand the role of the police in our neighborhood? What is our responsibility as a faith institution in challenging the violence of police in our city?”

Being who he is — a member of the clergy — gives Lydon special access. Because he has a criminal record, he was barred from visiting prisons — that is, until he had his certification and his collar. There have been times, he said, wearing his collar to court meant the judge released the defendant into his custody, so instead of the police transporting someone to another courthouse, or a drug treatment facility, he can.

“Yes, we want to dismantle all of these systems of privilege and power; in the meantime, we can use that moral authority to help achieve greater freedoms for folks. We get to literally help people achieve quicker freedom simply because of the reality of oppression and privileging of clergy,” he explained.

According to Lydon, there are many ways clergy can similarly use that privilege to serve people inside, including opening membership to currently incarcerated people and worshipping with them through visiting, letter-writing and newsletter programs.

“The far majority of people who do religious work inside prisons are from right-wing, conservative, fundamentalist Christians, so another part of what is necessary is introducing religious resources to prisons that are abolitionist,” Lydon said. “Even a somewhat secular organizer can offer and make available more texts, more prayer cards and more resources that people inside want to survive the moment.