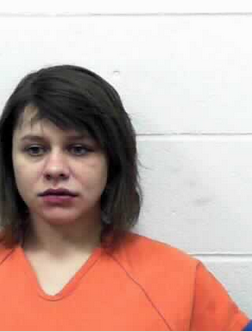 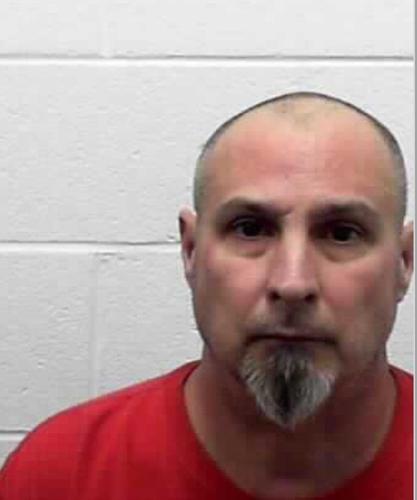 FAIRMONT — A woman has been arrested after a dispute with her boyfriend left several parts of his body injured.

Amanda Sue Towns, 21, of Fairmont, was arrested by a Fairmont police officer and charged with unlawful wounding.

According to the complaint, on Feb. 26, an argument occurred between Towns and her boyfriend, due to her high level of intoxication.

Patrolman Alex Neville states in the complaint that Towns stabbed her boyfriend in the left calf with a steak knife and also bit him on the nose and right upper bicep, causing bleeding.

• Eight months after cutting off a home confinement bracelet, a Fairmont man is in custody.

Gerald Scott Pourbaix, 50, was arrested in Fairmont over the weekend by deputies with the Marion County Sheriff’s Department.

According to the criminal complaint, Pourbaix cut off his home confinement transmitter bracelet on July 3, 2014, and left his residence. A warrant for Pourbaix’s arrest was issued the same month.

According to the Marion County Magistrate Court, Pourbaix was arrested Saturday, eight months after cutting off the bracelet. He was charged with escape.

Pourbaix was placed on home confinement after pleading guilty to a grand larceny charge. According to court documents, in 2010 Pourbaix was arrested after he stole jewelry from a residence in Fairmont, which exceeded a value of $1,000.

When Pourbaix was sentenced, he was sentenced to one to 10 years in prison. That sentence was suspended and he was placed on probation for three years.

• A Grant Town man is being accused of using a stolen debit card 11 times.

Matthew D. Bienkoski, 25, was arrested by deputies with the Marion County Sheriff’s Department and is charged with fraudulent use of an access device.

According to the criminal complaint, Bienkoski took a woman’s debit card in December 2014 and used the card 11 times.

The complaint states he used the card in Fairmont and Rivesville over a three-month span. Bienkoski removed a total of $1,110 from the woman’s account.

According to the complaint, Bienkoski admitted to stealing the woman’s money and told deputies he was trying to replace the money before the woman noticed it was gone.

Bienkoski was charged with 11 counts of fraudulent use of an access device and his bond is set at $5,500.

• A Maryland man was arrested by officers with the Fairmont Police Department on burglary charges.

Allen Carrol Reeves, 24, of Prince Frederick, Maryland, is being charged with burglary and grand larceny.

According to the criminal complaints, in November 2014, Reeves entered a residence on Fleming Avenue in Fairmont and took jewelry, firearms, firearm parts and accessories and a muzzleloader.

The complaints state the value of the items stolen exceeds $1,000.

Reeves had access to a key to the residence and security video footage and items recovered from the burglary led to charges against him, according to the complaint.