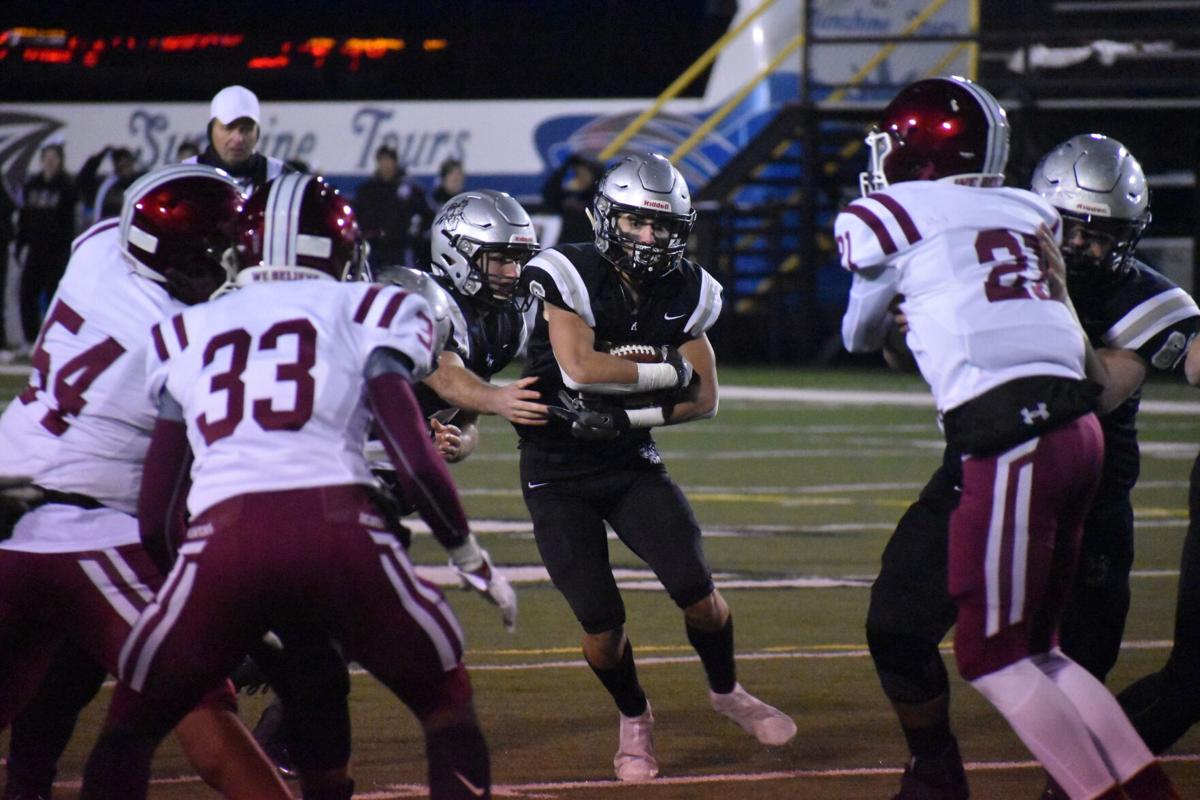 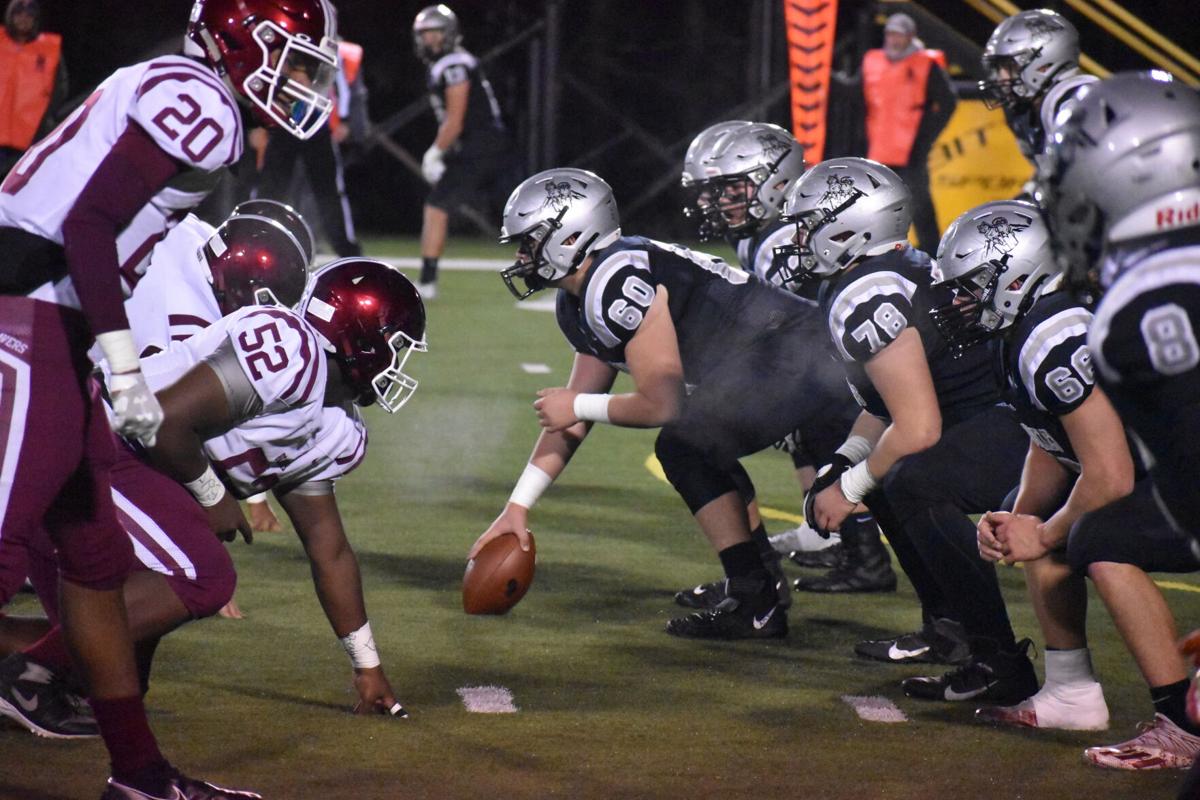 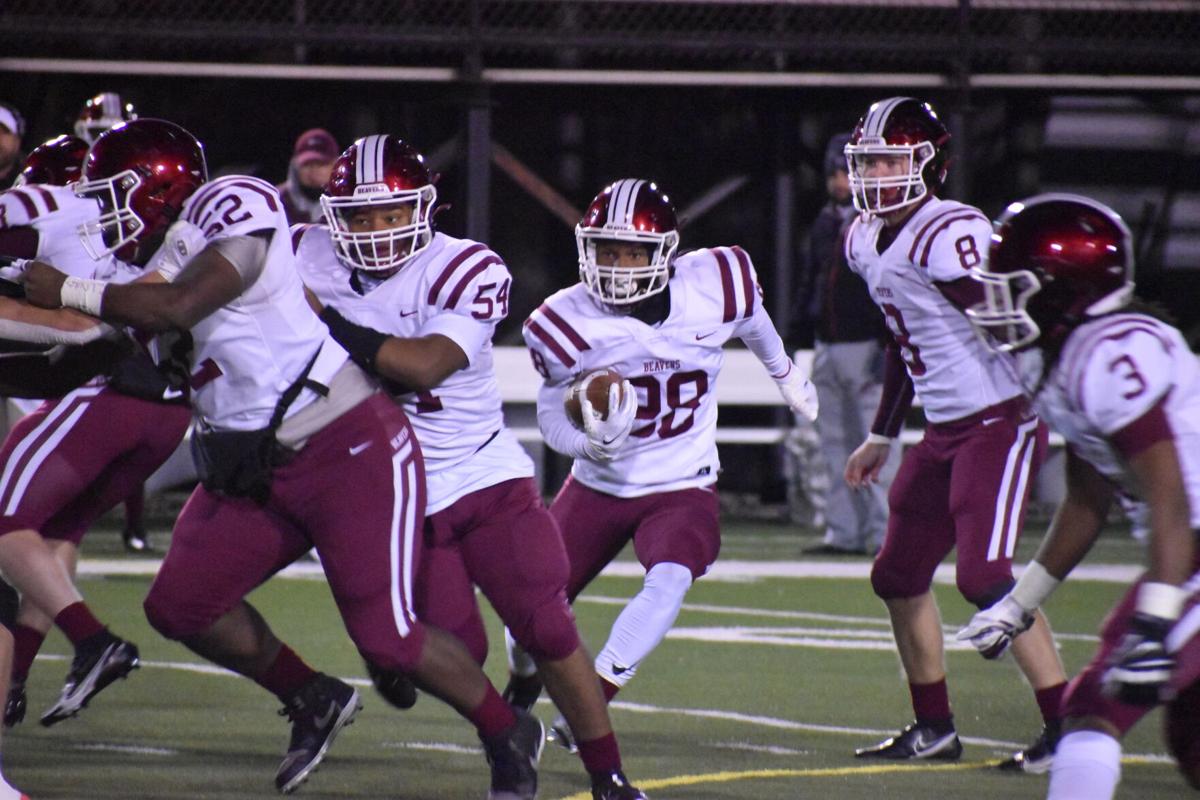 Bluefield's Amir Hairston cuts towards the outside against the North Marion Huskies. 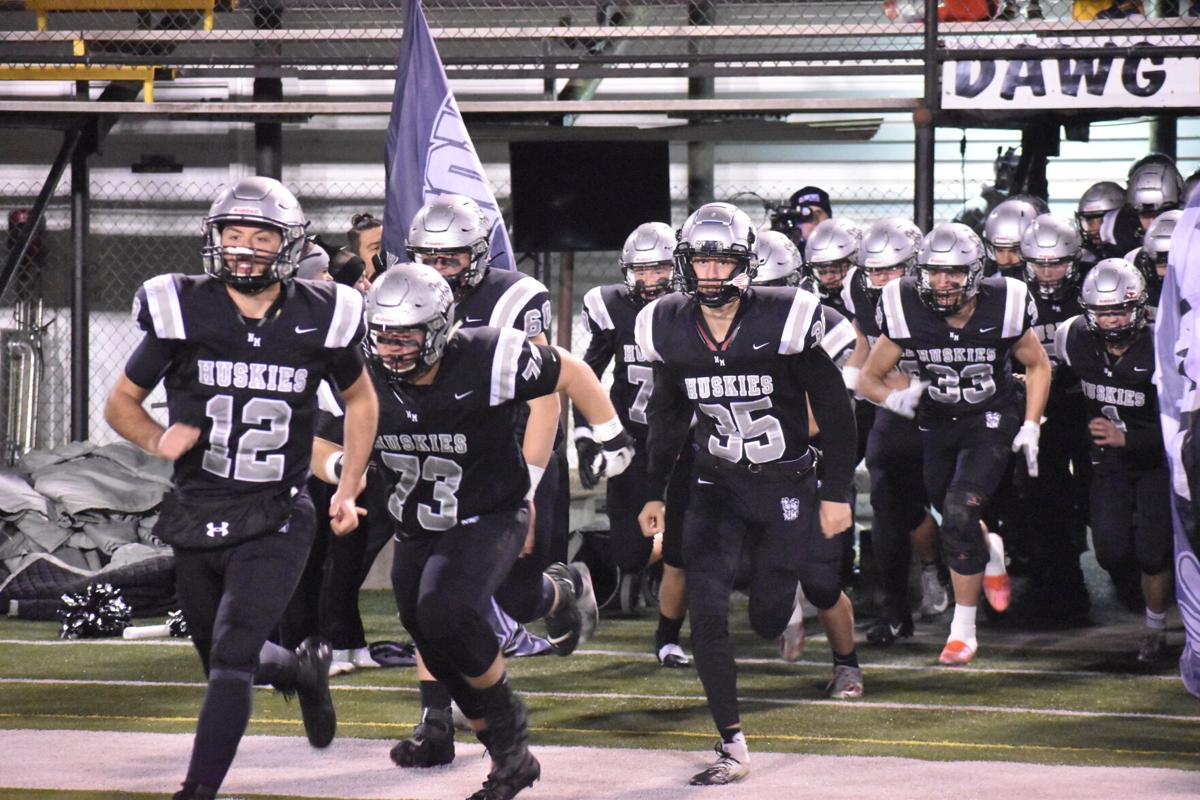 The North Marion Huskies rush out of their locker room before their game against Bluefield. 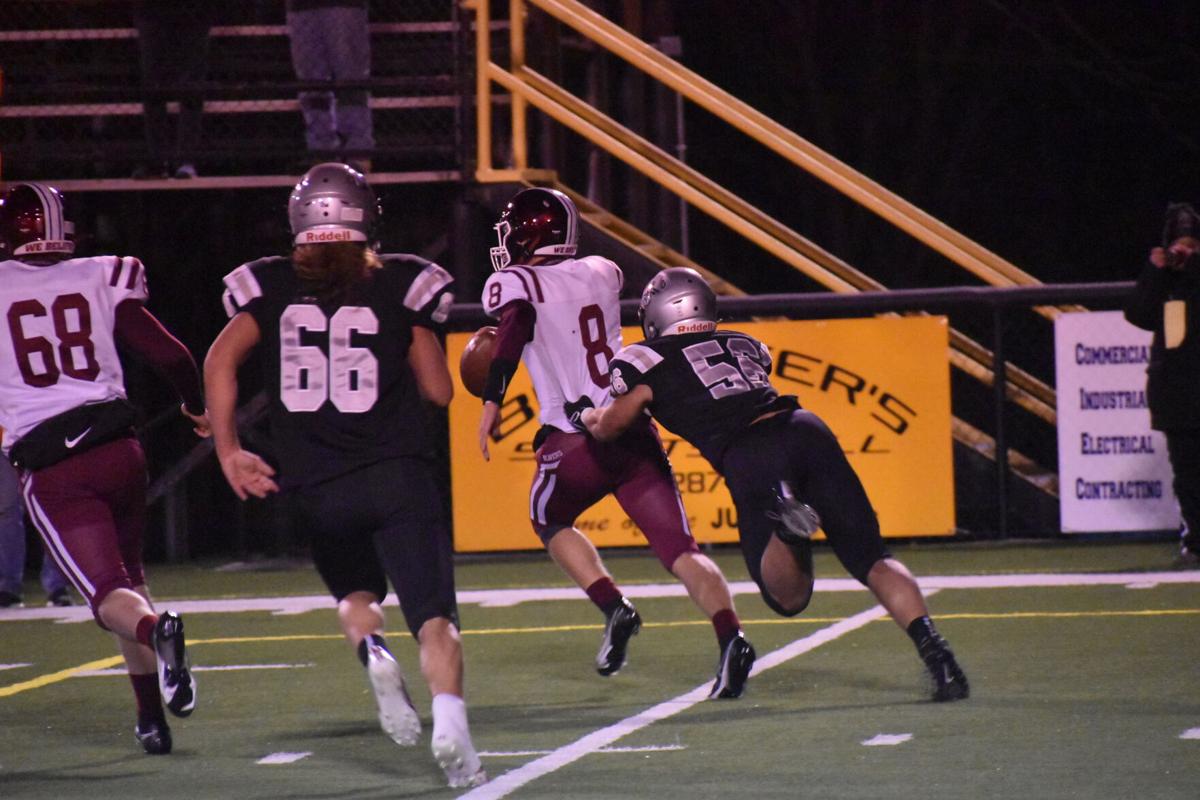 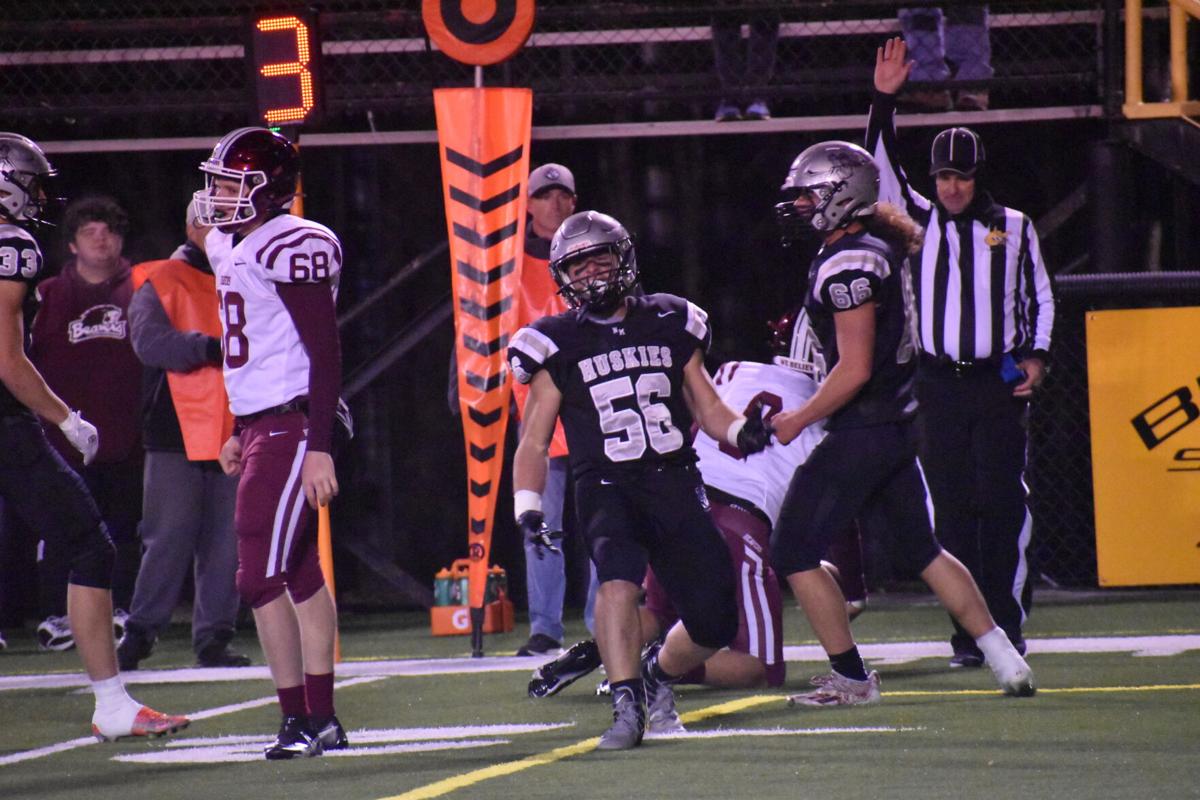 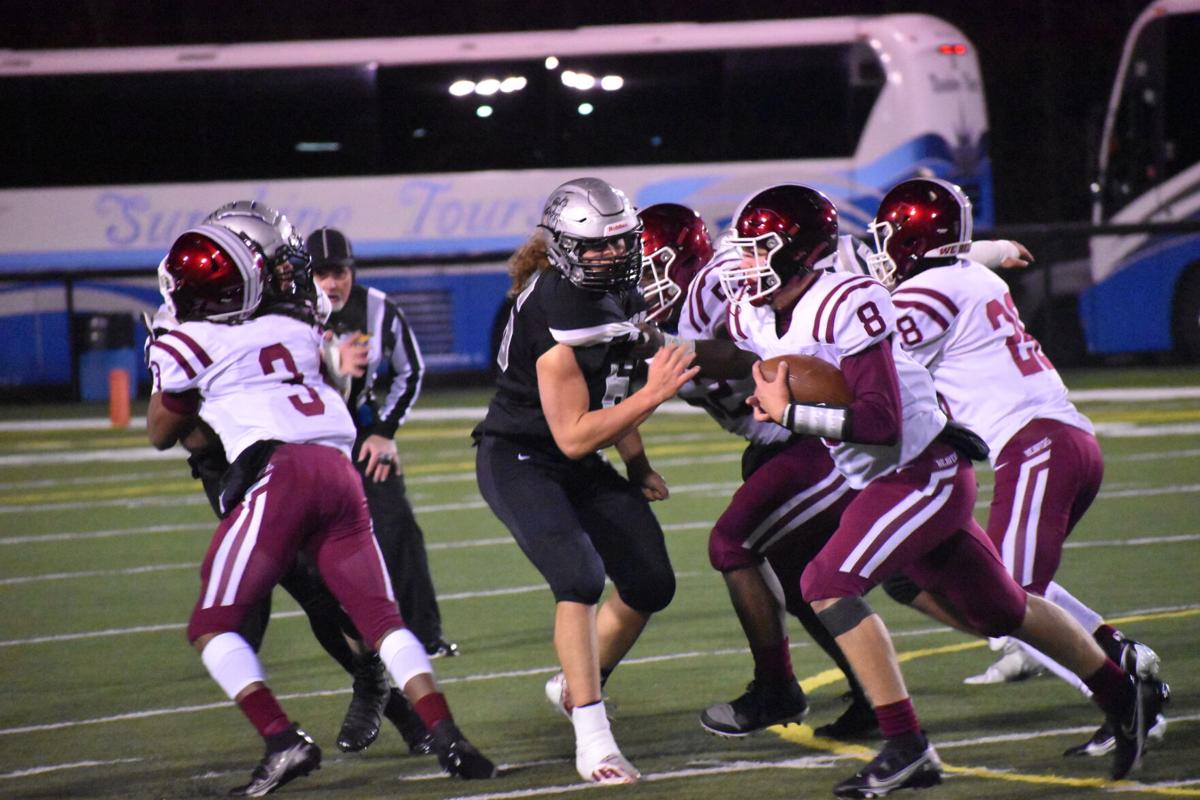 Bluefield's Ryker Brown runs toward the sideline against the North Marion Huskies. 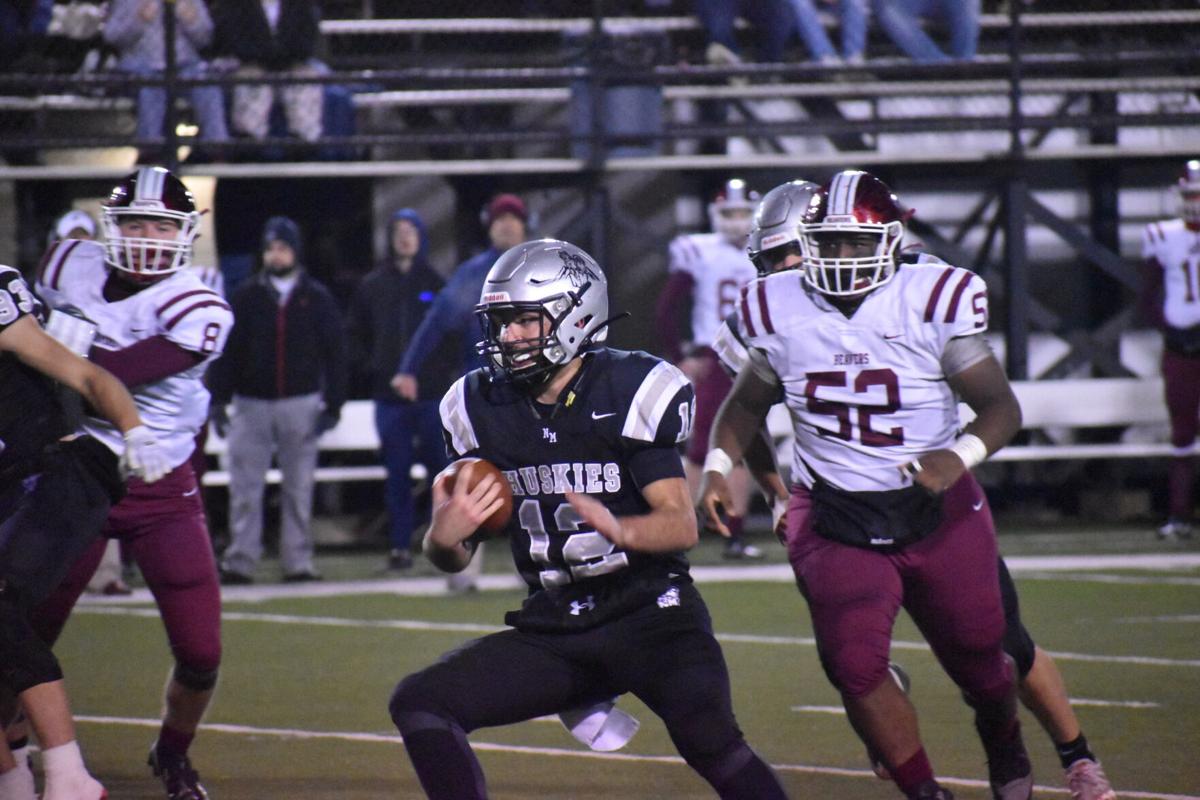 North Marion’s Brody Hall cuts inside against the Bluefield Beavers. 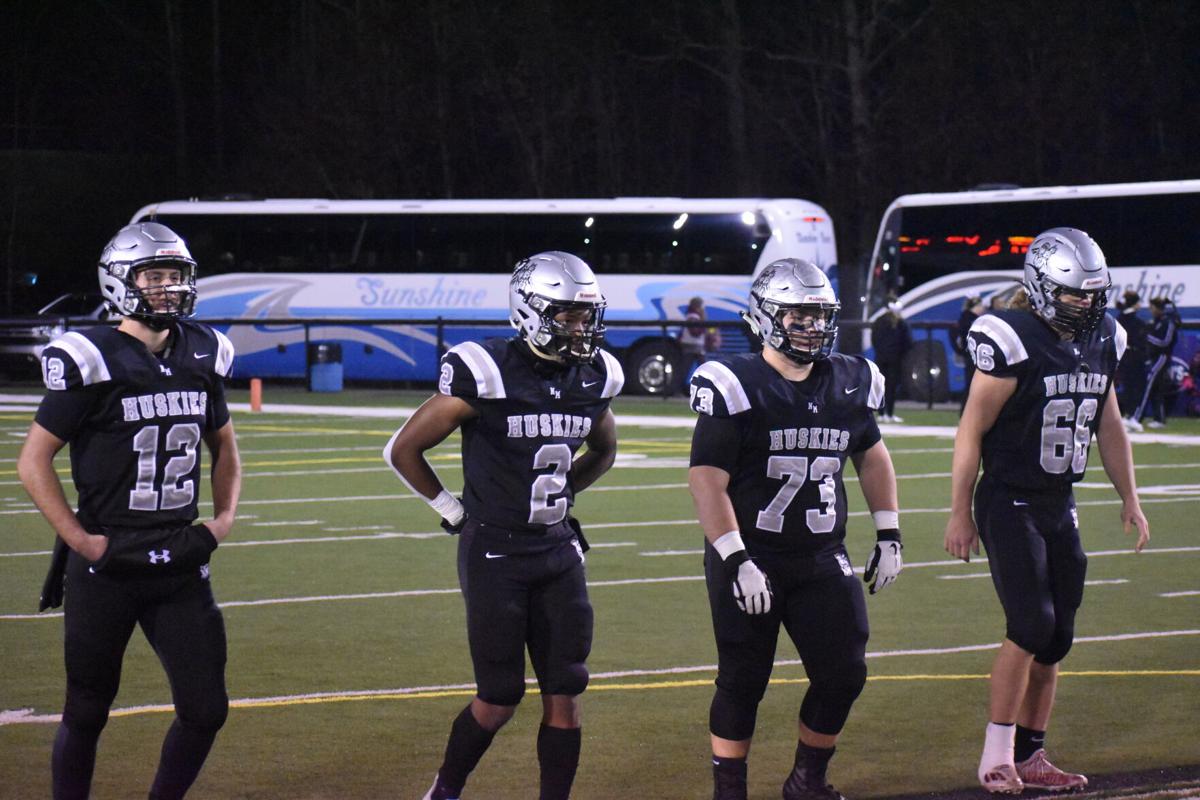 North Marion's captains appear at midfield before their game against Bluefield. 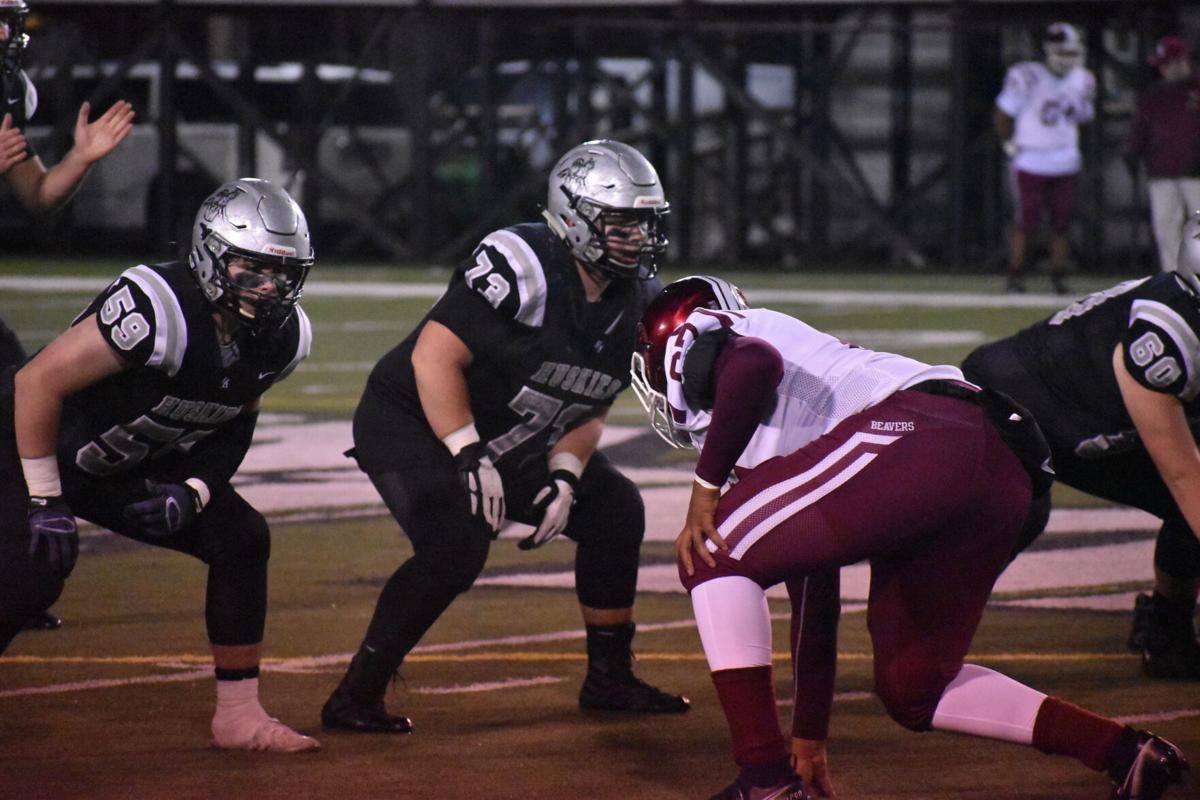 Bluefield's Amir Hairston cuts towards the outside against the North Marion Huskies.

The North Marion Huskies rush out of their locker room before their game against Bluefield.

Bluefield's Ryker Brown runs toward the sideline against the North Marion Huskies.

North Marion’s Brody Hall cuts inside against the Bluefield Beavers.

North Marion's captains appear at midfield before their game against Bluefield.

RACHEL — Friday’s quarterfinal matchup between the North Marion Huskies and Bluefield Beavers came down to a handful of moments.

A few turnovers from North and a few explosive plays from the Beavers spelled the end of the Huskies’ run, and punched Bluefield’s ticket to the semifinals in a 35-21 Beaver victory at Woodcutter’s Stadium.

Bluefield forced three turnovers in the first half, and used their extra possessions to take a 14-7 lead at halftime.

North tied the game in their first drive coming back out of the locker room, but Bluefield responded, snagged another interception, and scored again to get in the drivers seat and cruise to their eventual 14-point victory on the road.

“We just had to be a little more careful with the football,” North Marion head coach Daran Hays said. “And we said that going in — explosive plays and turnovers would be the one thing that made them win the game, and I think that was a fair assessment.”

“We’ve been mentally tough all year,” Bluefield head coach Fred Simon said. “We’ve had to overcome a lot as far as having to be off for weeks and not practicing. We’ve improved each and every week, I think from years past, being in situations like this, playing in Wheeling has helped in situations like this. Nothing really gets to our guys, we just come out, play as hard as we can, and hope for the best outcome.”

Bluefield was able to put the nail in the coffin of Friday’s contest by converting a fourth down with five minutes left in the game. Up 28-14 and facing 4th-and-6 at North’s 32 yard-line, Beavers quarterback Ryker Brown found wideout Jacorian Green on a comeback for seven yards and a first down. Almost three minutes later, halfback Jamel Floyd rushed in from four-yards out to give the Beavers a comfortable lead.

“We felt like they were going to stack the box and try to stop the run there,” Simon said. “So we felt like we could isolate our best receiver, Jacorian Green, and get him singled up and we did. He ran a heck of a route and we were able to convert.”

North Marion tied the game at 14 in the opening drive of the second half but never led throughout Friday’s affair. Bluefield put together an over-three-minute scoring drive to start the game, punctuated by a speed-option play that ended up in the hands of Amir Hairston who took the ball 29-yards to North’s one-yard line. Brown punched it in from the Huskies’ doorstep to go up 7-0.

The Huskies marched down the field on their first drive as well, but Hairston showed up on defense too, snagging an interception in the end zone to deny North a score and start a trend of turnovers in Bluefield’s favor.

“The one down in the red zone, I felt like we could’ve went into the half tied up, that one hurt,” Hays said. “Brody [Hall] felt like he had to make a play. I think we had the underneath out, we’ll have to go back and look at the film. But it was third down, you’ve got to know that, not force stuff on third. But he’s in the moment, he’s competing his butt off, mistakes happen.”

The Huskies’ own defense showed up in the ensuing drive, with Landon Boone bringing Brown to the turf on third down to force a punt. Bluefield got the ball back in short order as Reginald Hariston recovered a fumble, but another third-down sack from Boone gave possession right back to North Marion. After each team moved the ball in their opening drives, the first quarter ended with a defense-centric sequence of events.

The Beavers were not going to be held off the scoreboard for much longer though. After a big 33-yard reception by Green, Hairston bounded his way into the end zone from seven yards away to give Bluefield a 14-0 lead. Hairston finished with 142 yards rushing and two touchdowns.

North’s next drive held some peaks and valleys. Punter Malachi Funkhouser tore down the left sideline on a fake punt for a 20-yard fourth-down conversion, but on another fourth-down three plays later, a 34-yard pass from Hall to Landon Frey that would’ve gone as a touchdown was brought back for offensive pass interference.

The only scoring to come next in the first half came from North running back Gavan Lemley, who found pay dirt from one yard out at the 1:46 mark of the second quarter. Lemley finished his night with 94 rushing yards and two touchdowns, and got a lot of work in a game where North’s offense was not firing on all cylinders.

“We definitely were trying to take their main man, [Tariq] Miller, out of the game,” Simon said. “Once we did that we were able to zero-in on their other stuff. Obviously they were able to run the ball successfully there for a little bit, so we tried to put a little more pressure in our gap play, and not commit our inside linebackers into there and let [Lemley] start reading. The turnovers definitely helped with the added pressure we were able to get.”

North Marion came out of halftime with renewed intentions, and executed a 14-play, nearly six-minute drive that culminated in a three-yard touchdown run up the gut from Lemley to tie the game.

“We said the way to beat them is running right at them,” Hays said. “If you look at recent history the teams that have had some success have kind of stroked it right at them. I thought the first drive of the second half we got ourselves right back into the game, we were going to be in a barn-burner. And then it kind of got away from us with the turnover late, obviously.”

Bluefield returned fire in short order, with Brown scrambling outside the pocket for a 10-yard touchdown run that put the pressure back on the Huskies.

After the Beavers offense came through, the defense followed suit. Bluefield’s Chance Johnson nabbed a pick on a pass over the middle, and Bluefield capitalized on the short field that resulted, as Hairston scored another touchdown from two yards away to set the score at 28-114 with 10:03 to go in the game.

Bluefield’s defense put pressure on North’s Hall in key spots, where the Beaver’s length and athleticism shined through.

“More than the line, it’s really those overhang guys. When you’re spread out — we made some adjustments, we kept Harley [Sickles] in there, and that kind of got him out of route to help us seal the edge — 20 [Reginald Hairston] and 33 [Shawn Hale] were nuisances out there. They’re so long, they eliminate all quick game because they can bat stuff down, they force you to really step up in the pocket to guys that are really holding their area,” Simon said.

North hoped to cut it to a one-score game later in the fourth, and eventually came to a 4th-and-10. Hall threw outside to Frey on a curl route, but the Huskies got an unfavorable spot on the ball. The pass was ruled as eight yards, and a turnover on downs.

Bluefield converted their own pivotal fourth down with five minutes to go in the game, which all but sealed the contest after Floyd’s ensuing score.

North’s Parker Kincell picked up a garbage time touchdown, making a 22-yard reception while running across the back of the end zone to make the final score 35-21.

For Bluefield, they march on to the semifinal round against the two-seeded Independence Patriots.

“Just take care of ourselves, keep improving each day,” Simon said of his team’s upcoming games. “Whoever’s there next week, expect a tough game.”

“I was really proud of our offensive line, the way that they’ve developed. [...] That was a real question mark, graduated four guys off our offensive front last year. And the amount of push that we were able to get — you expect to get it when you’re playing inferior opponents, but when you’re playing a program like Bluefield and you’re able to get a push like that, run the ball in-between the tackles, with three juniors and a junior running back, you’re optimistic about the future.”