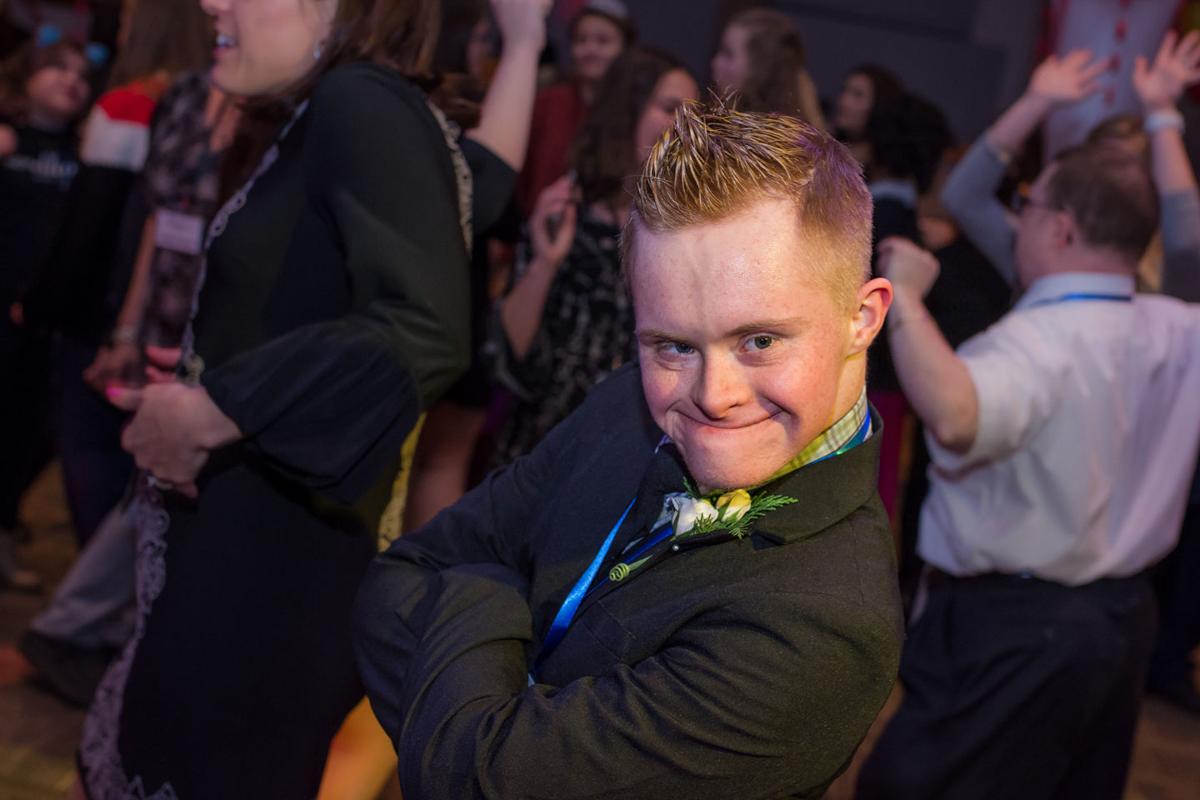 Jaxton Earnhart loves to dance. This is his 3rd time attending Night to Shine at South Ridge Church. 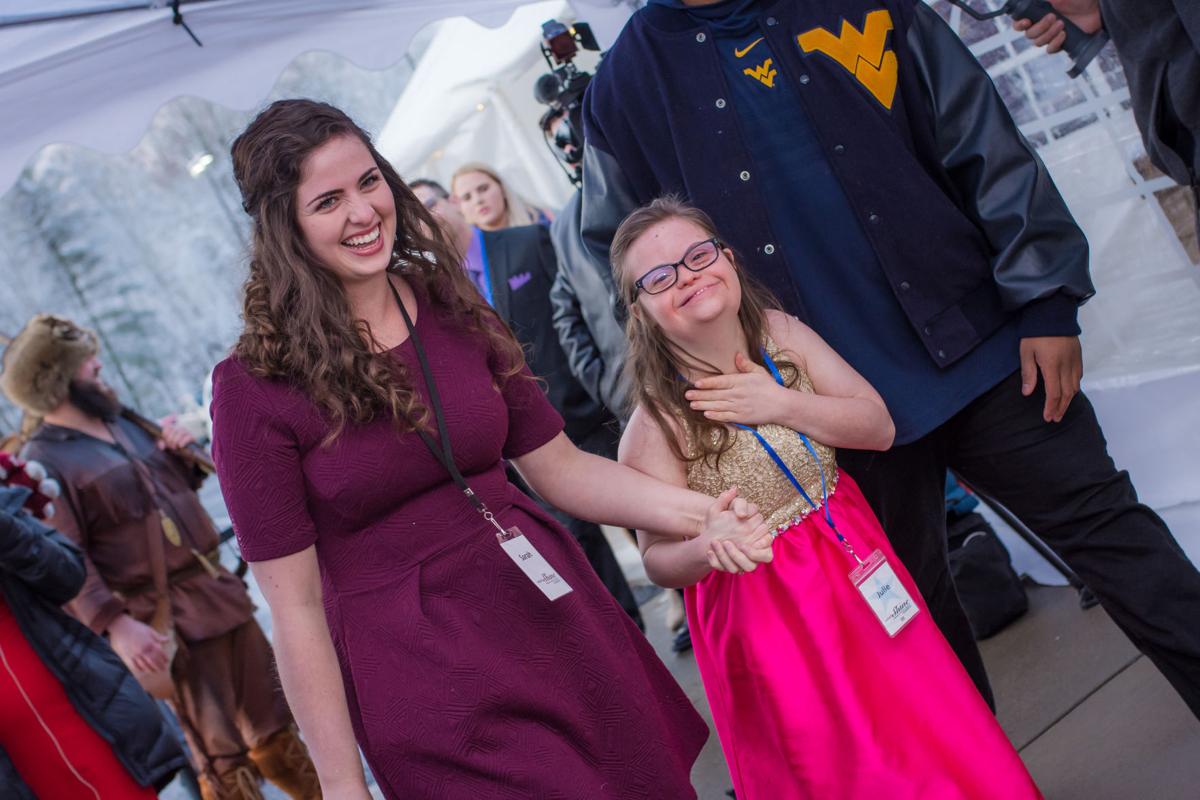 Guest Julie Green enters on the Red Carpet with her buddy, Sarah Fullen. Every guest at the event has a buddy who stays with them the entire evening to make sure they have a great time, are cared for and protected.

Jaxton Earnhart loves to dance. This is his 3rd time attending Night to Shine at South Ridge Church.

Guest Julie Green enters on the Red Carpet with her buddy, Sarah Fullen. Every guest at the event has a buddy who stays with them the entire evening to make sure they have a great time, are cared for and protected.

FAIRMONT — More than 100 teens and adults with intellectual and physical disabilities were treated to a night on the red carpet under the big top Friday night.

“It was fantastic,” said Jennifer Wilson, the church’s communications director. “This is our first year doing a specific theme like that.”

In the past two years in which the church hosted the prom, decorators used an “elegant banquet-type” look. This year, however, the circus theme allowed for a more whimsical feel.

“And I think it was very well received,” she said. “It was very fun to see it come together, and to see everybody’s faces when they walked in.”

She said the entryway was made to look like a big-top tent.

The event is held for special needs individuals age 14 and older. A buddy stays with the guest throughout the night, helping the guest and making sure they have a good time, according to Wilson.

In addition to a dance, the event featured a dinner, karaoke, shoe shine, make-up, hair touch-up, posed photography, a funny photo booth and a game room, according to Wilson.

Because of the circus theme this year, there was a ringmaster who entertained as well as a balloon artist.

“They definitely have a lot of things to do,” she said.

Wilson said 104 guests attended the “Night to Shine” this year, about the same attendance as last year.

Overall, Wilson thought it was a success, especially considering the inclement weather.

“It went really well, especially with the last-minute snow and then the flu…,” she said. “It went actually better than I was anticipating because we didn’t have as many cancellations as I thought we were going to.”

Wilson said there were only about 10 cancellations because of illness or the weather. The church received some good feedback about the event.

Joanne Ellsworth, mother of honored guest Cody Ellsworth, stated, “I want to begin to say thank you to all involved and planning, preparation, volunteering, and all who participated. The smile on my son’s face from the time we arrive until he closes his eyes with the crown placed on his head to go to sleep is just so heartwarming. He woke up this morning with the crown on his head and asked when do we go again. I can not say enough how wonderful the volunteers in (the) respite room were to all. Thank you again for a wonderful evening for special people!!!”

Renae Tennant, mother of Honored Guest, her daughter, Dez Tennant, meanwhile, stated, “To quote my daughter Dez, ‘I had a blast!’ She has been looking forward to this for months as it was her first time at Night To Shine. Everything from the dress loan to the final song has brought a light to her eyes and the brightest smile you could see for miles. God bless everyone involved; from the Tim Tebow Foundation, to the global sponsors, to the set up and tear down volunteers, the buddies, and all those unseen. Thank you all so much! We look forward to next year.”

Wilson said there has been a lot of interest in the “Night to Shine,” not only from guests but from people wanting to volunteer, which were many.

“We had just a little bit shy of 400 volunteers total for the event, and that is planning both the pre-event activities and the post-event activities,” she said. She noted planning starts in September.

She said there were also great sponsors and partners, like the Disability Action Center in Fairmont, which she said, plays an integral role in the event.

Another example was Mountain Creative, which made a sign-making activity possible in the Respite Room. The Respite Room allows parents and caregivers to watch a live feed of the event, dine and have chair massages.

Hairdressers and photographers also donated their time, among others helping make the event a success.

“It’s just a lot of people giving of themselves to make this what it is,” Wilson said.

The “Night to Shine” is the only one held in North Central West Virginia. Wilson said it drew people not only from West Virginia, but also Pennsylvania and Maryland.

“I thought it was wonderful,” Justin Wright, a pastor at the church, said. He said his favorite part was “just knowing everyone walks away knowing how loved they are.”