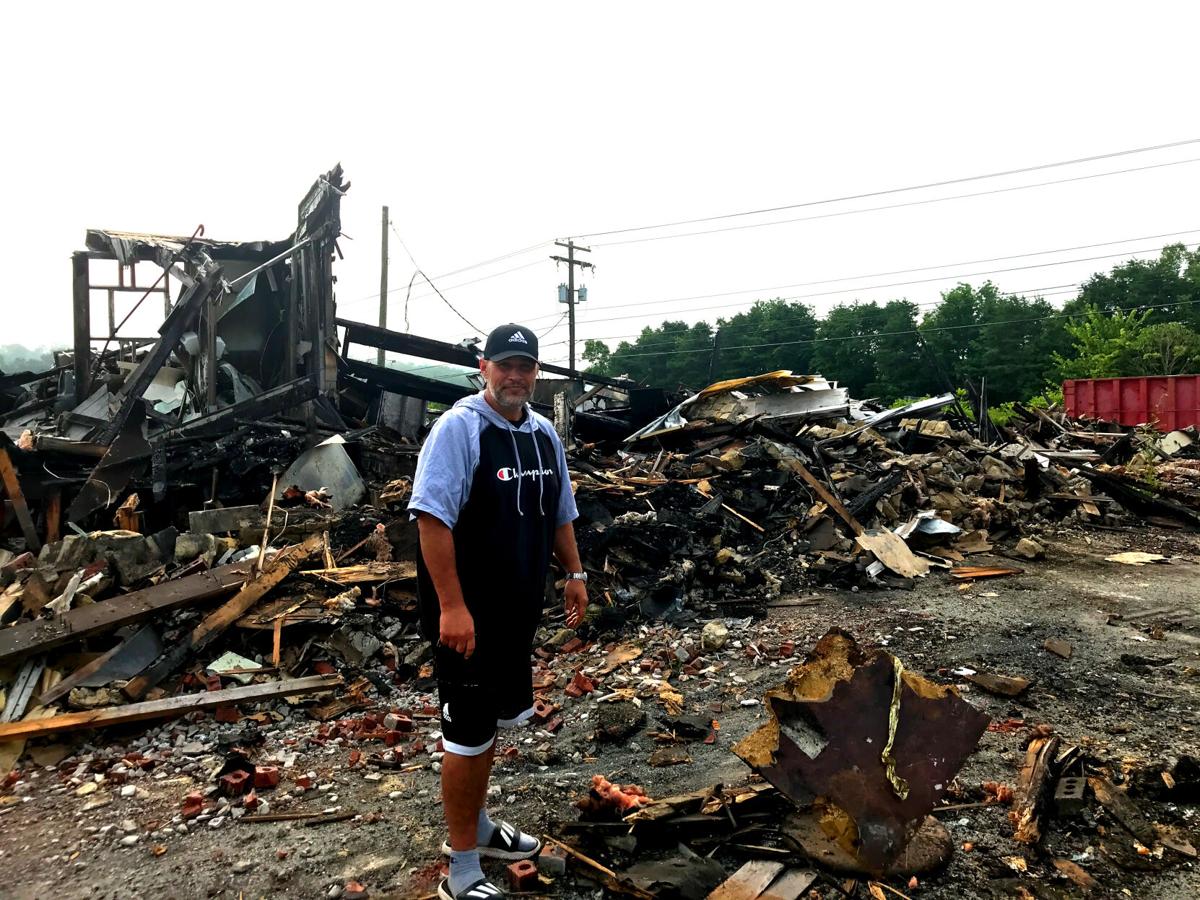 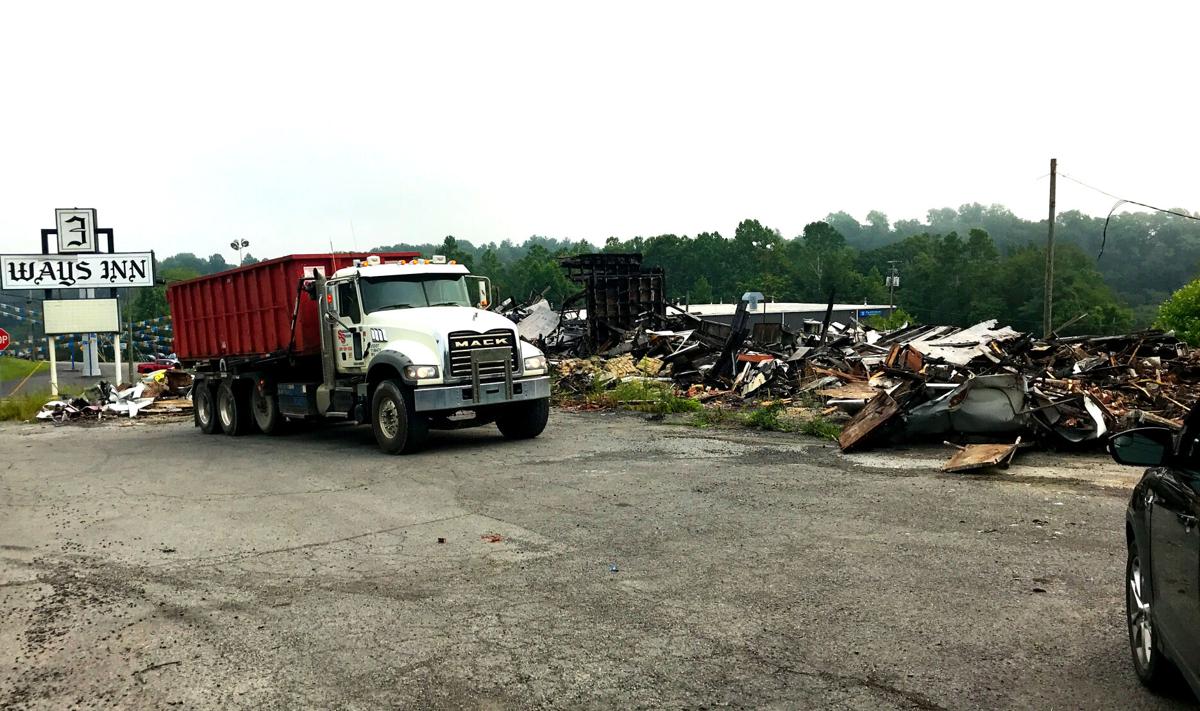 Smallwood Construction, of Fairmont, is working to cleanup the site of the derelict 3 Ways Inn, which was destroyed in a fire July 2, 2019.

Smallwood Construction, of Fairmont, is working to cleanup the site of the derelict 3 Ways Inn, which was destroyed in a fire July 2, 2019.

BENTONS FERRY — A front-end loader and a dumpster now sit on the site of the derelict 3 Ways Inn, two years after it was destroyed by fire.

Gregory Apanowicz, of Fairmont, president of the company that owned the popular restaurant, has contracted with Fairmont-based Smallwood Sanitation to clean up the site in hopes of constructing a new building Apanowicz would lease to another company.

“A huge shout out for these guys, they’ve been moving these big containers in and out for us,” Apanowicz said Monday. “It’s a big project. I mean this place was a mess.”

More than 50 firefighters from 11 fire departments fought the blaze for six hours after responding to the site at 4:28 a.m. on July 2, 2019. Despite their efforts, Valley Volunteer Fire Department Chief Dave Shields described the restaurant as “a total loss” that day.

At the scene that morning, Michael Imes, Apanowicz’s neighbor, said he saw flames shoot out 50 feet into the air from the kitchen of the restaurant as two ladder trucks shot water into the fire from above sending smoke billowing into the air.

No suspected cause or dollar amount was given for the estimated damages caused by the fire that day. However, since that time, Apanowicz said faulty wiring and old fuses were found to be the cause.

He said an employee had reset the breaker multiple times during the previous night’s shift, which led to the fire.

He said he is grateful at how the state fire marshal was able to pinpoint the cause of the blaze that fire officials desribed that day as havng extraordinarily intense heat.

“It was actually very scary because he was amazing — he could say what it was, where it was, just from where it caught and where the major blaze was and where it initiated from,” Apanowicz said. “I mean, he was a very sharp man.”

In recent months, area residents have pleaded with White Hall Town Council to see if they could do anything to expedite the cleanup. Apanowicz said the property is not in White Hall or Fairmont, but in the limits of Bentons Ferry, which has been part of Pleasant Valley since that city was chartered in 1994.

Apanowicz said the cleanup got delayed because he was waiting to learn whether a medical marijuana facility was going to be given approval to set up shop on the property in a new building. Had the dispensary been awarded a license, the dispensary would then lease the land from Apanowicz, but the dispensary weas also going to be responsible for site cleanup.

“They were responsible for demo — any money that I would have put in to this would have been just basically peeing it away,” Apanowicz said. “And I’m not made of money.”

He said when the company did not receive the license, he kickstarted plans to rehabilitate the property.

A coal miner by trade, Apanowicz bought 3 Ways Inn in 1994 with his parents who have since passed away. He now serves as president of the company that owned the restaurant and his brother is an investor.

While Apanowicz said he didn’t have a timeline on when the site rehab would be completed, he did say he is considering opening a small restaurant on the backside of the property.

“It’s going to be a while,” Apanowicz said. “You can see what we’ve got here — it’s an absolute mess.”