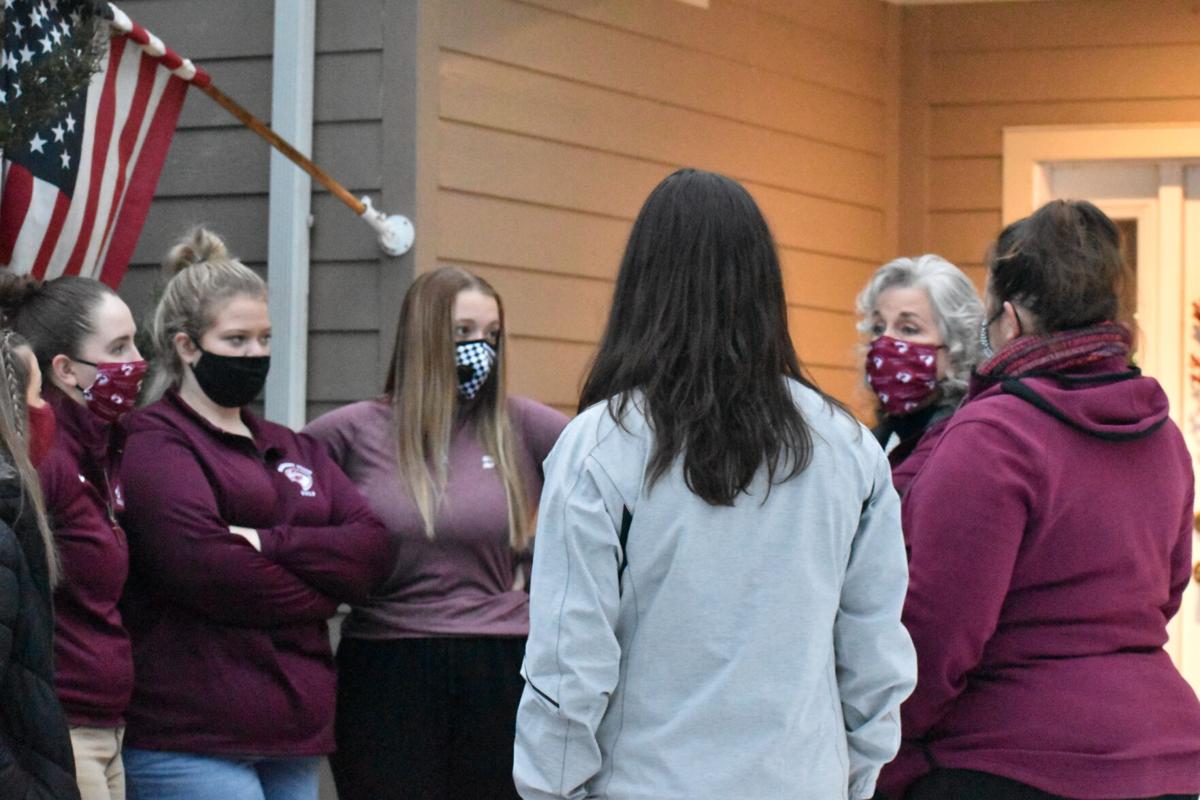 Fairmont State President Mirta Martin speaks to the university’s golf teams about her surprise arriving back to her home. 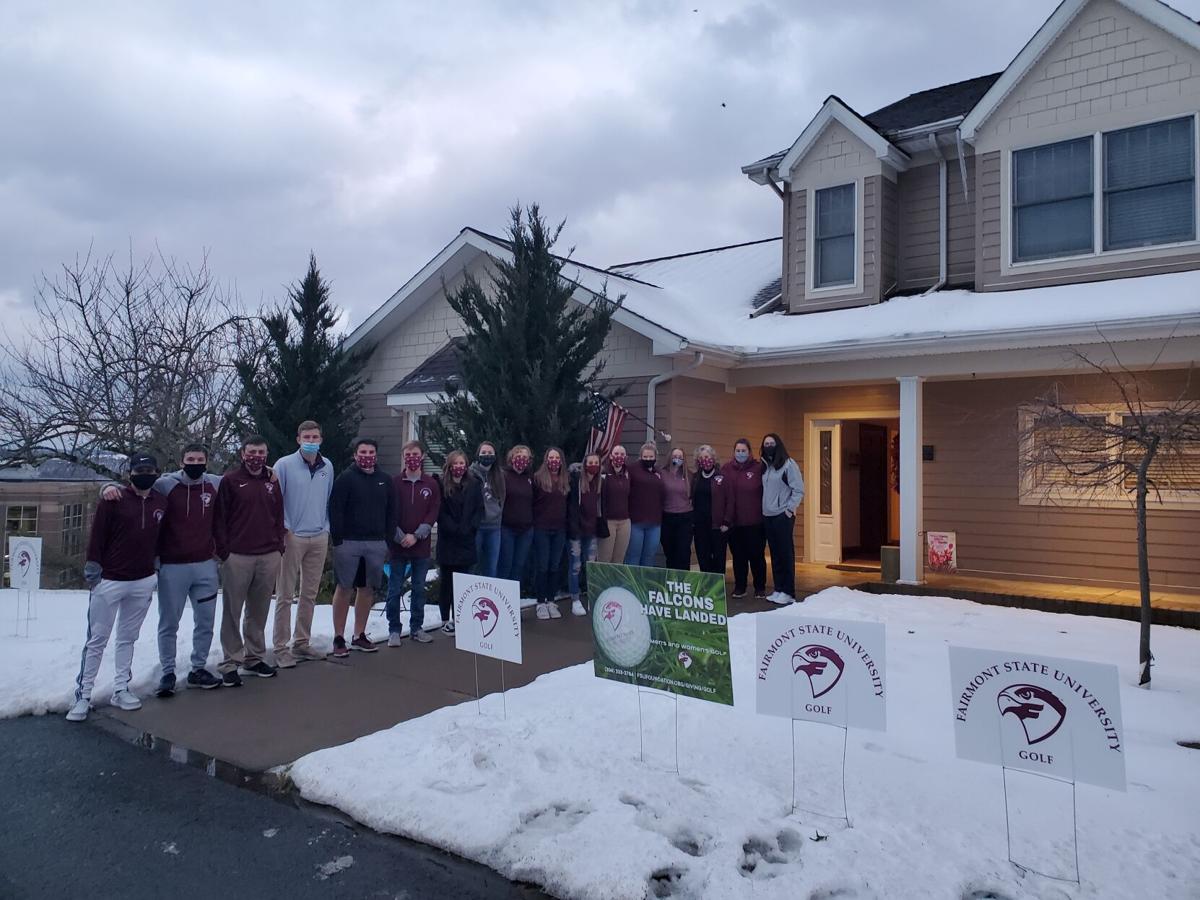 Members of Fairmont State's men's and women's golf teams pose with President Mirta Martin outside her house, where they planted signs promoting the cause.

Fairmont State President Mirta Martin speaks to the university’s golf teams about her surprise arriving back to her home.

Members of Fairmont State's men's and women's golf teams pose with President Mirta Martin outside her house, where they planted signs promoting the cause.

FAIRMONT — Fairmont State University President Mirta Martin recently returned to her home from a hospital stay with her husband to find printed signs staked on the front lawn of the home.

As it turns out, the signs that read “Fairmont State University Golf” bearing the Falcons mascot were joined by a full-color signed that read “The Falcons Have Landed” along with a golf ball bearing the school mascot. The signs are part of a fundraising event by the school’s golf team in which someone pays for the signs to be placed in one yard and then the targeted homeowner has to pay for the signs to be removed or planted in a new yard.

“It was a very good welcome home,” Martin said to members of the golf team Monday evening.

According to Sarah Yost, head coach for Fairmont State men’s and women’s golf, the teams are constantly collecting donations and hosting fundraisers to pay for different team needs, such as uniforms or travel. She said the flocking initiative, “The Falcons Have Landed,” is a good way for students to raise money while remaining socially distant.

“We are fundraising all the time and, in the past, the majority of our fundraisers were in front of big groups,” Yost said. “This was a way to keep going and keep them out of harm’s way and try to keep everybody healthy.”

Assistant Golf Coach Lindsay Menas said she got the idea for the fundraiser after seeing flamingos posted all over a yard in Fairmont. It took some Googling, but she learned why they were there, and figured it was a perfect fundraiser to hold amid COVID.

“My son was talking about flamingos in a yard on the way to Green Hills,” Menas said. “We started Googling and one of the things that came up was something about the yard being flocked as a fundraiser, and you had to pay to get them removed.

“With the circumstances and COVID and all that, we thought this might be an opportunity for us. We don’t want the athletes in front of folks and potentially be exposed.”

Yost said people can pay online to have a yard flocked by these signs, and there are different tiers to having them removed or moved once they have landed. She said the idea is for the flocking to resemble a friendly prank war, and people can pay more money to have the signs put elsewhere, including back into the original donor’s yard.

A $10 donation removes the signs from a yard, a $40 donation allows a person to select where they want the signs to go next and a $60 donation gives the donor defense from the flocking, so they can’t be struck again.

“There’s some different levels,” Yost said. “You can just have them moved or you can pick a couple friends to have the falcons land in their yard.”

In the spirit of a friendly prank war, Yost also said the men’s and women’s teams are having an inner competition to see who can raise more money through the campaign.

“There’s a little bit of an inner squad competition between the men’s team and the women’s team,” Yost said. “It got their juices flowing as far as challenging each other.”

While Yost did not give a target amount of funds to raise through “The Falcons Have Landed,” she said the funds will be used to make monthly payments on the school’s indoor golfing facility.

Donors can visit www.fsufoundation.org/giving/golf to participate in Falcons Have Landed, until the end of the semester.