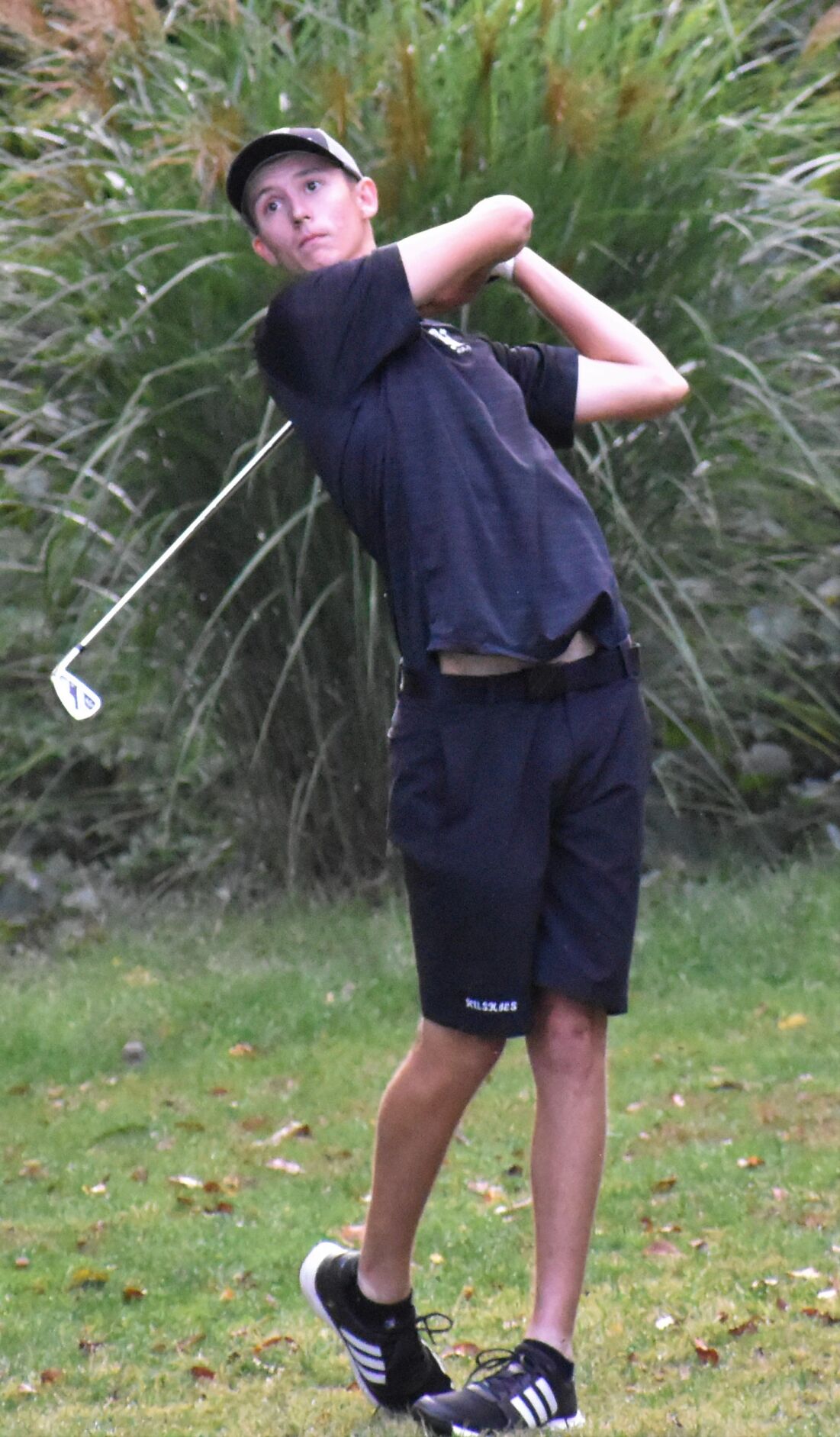 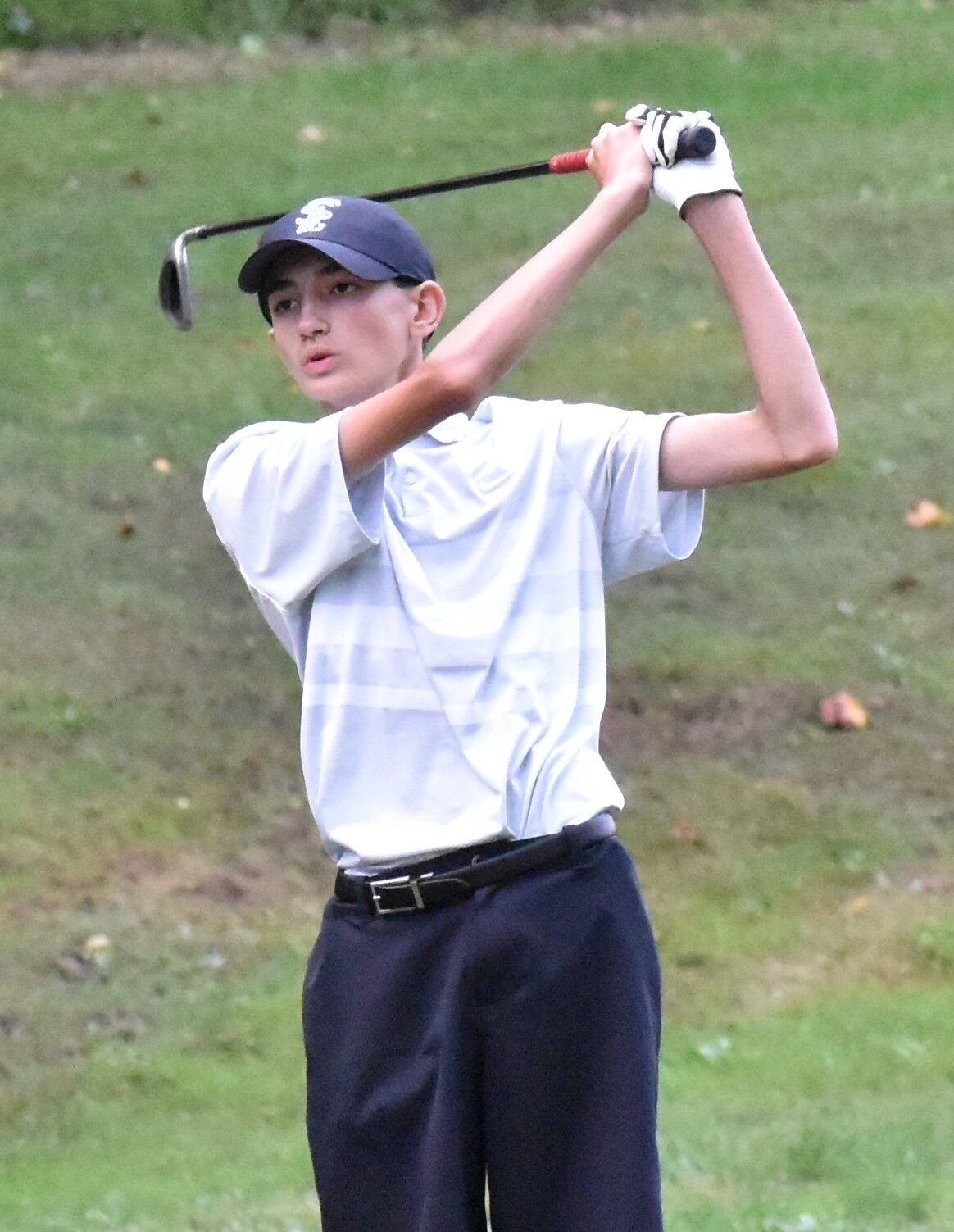 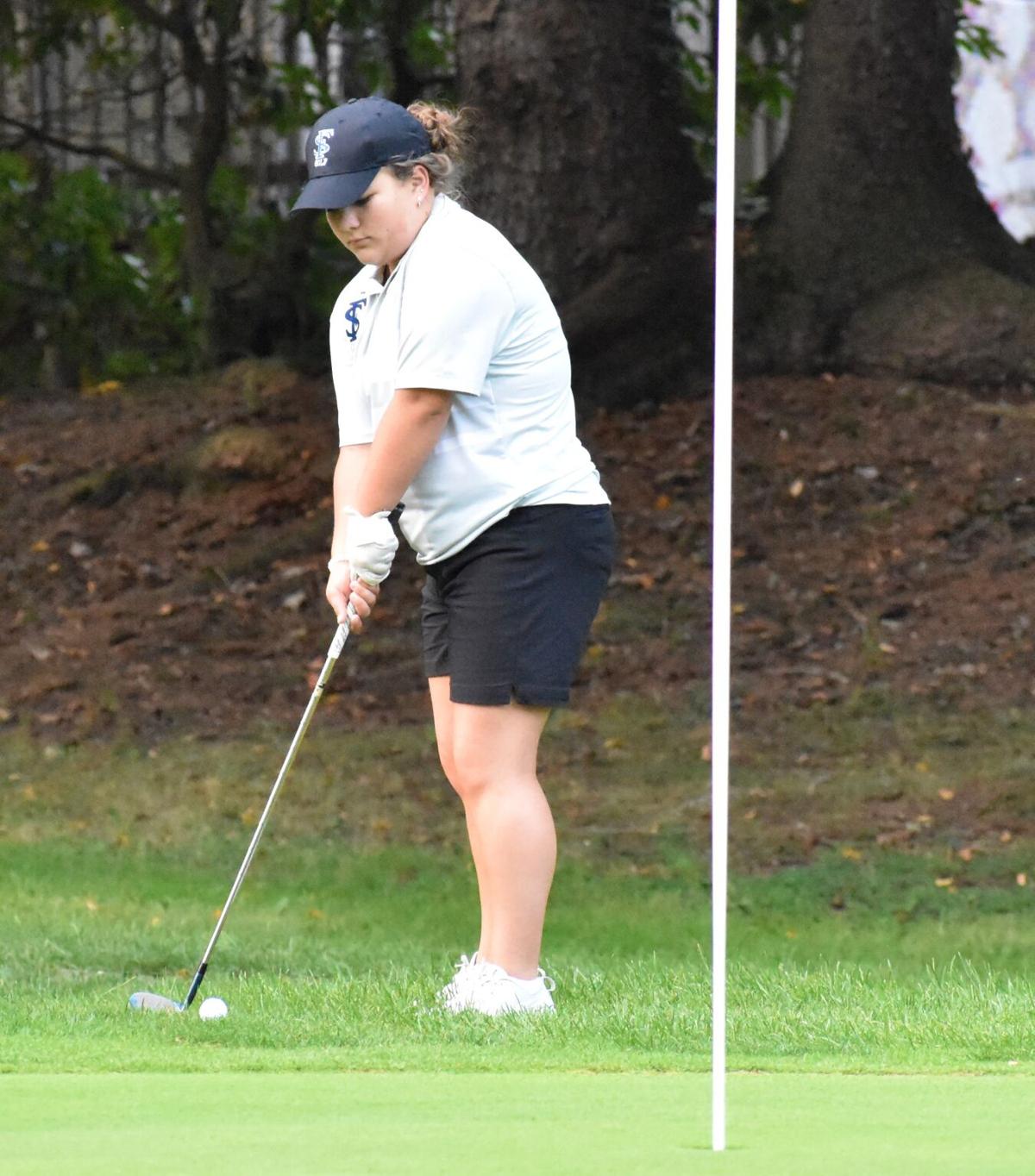 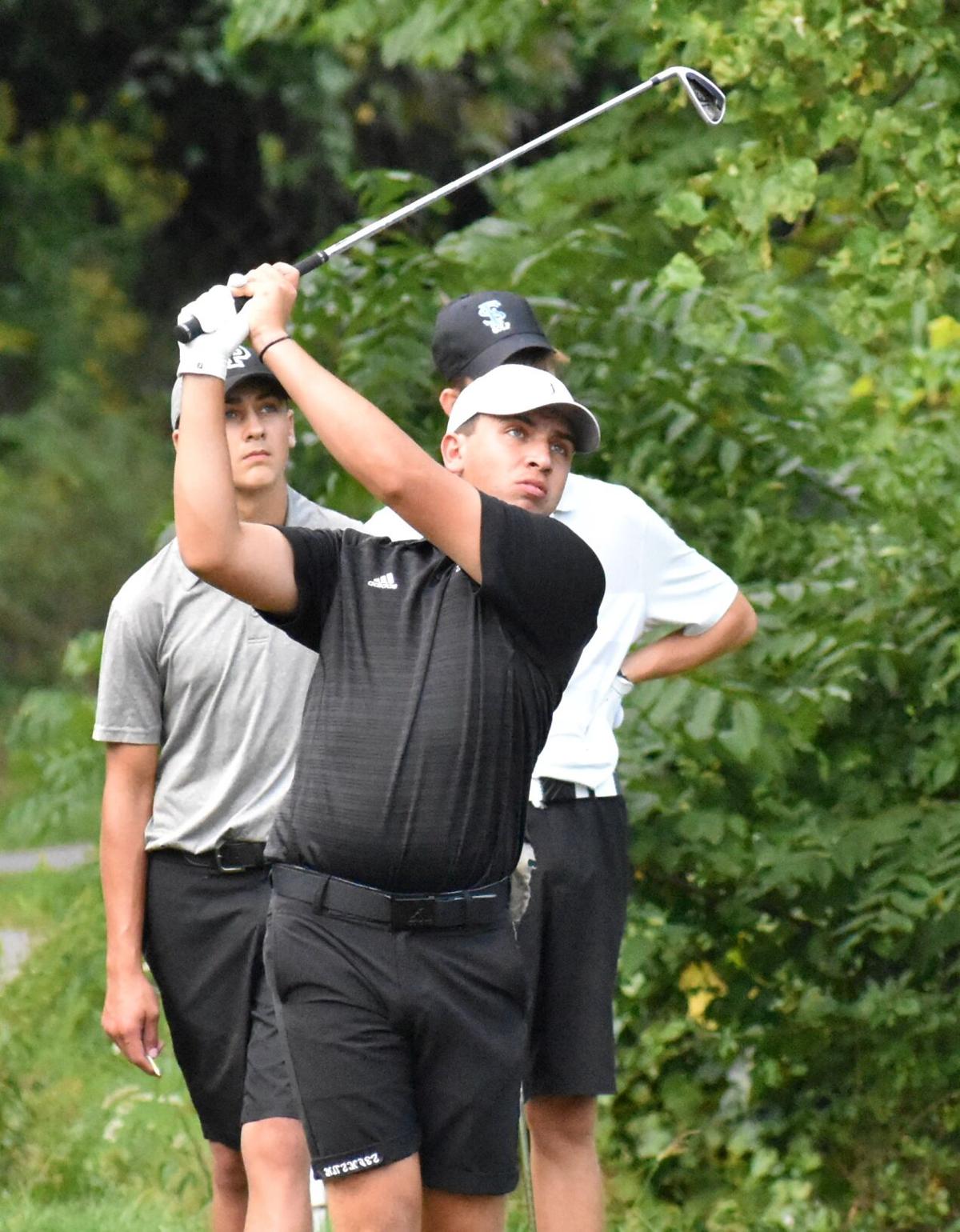 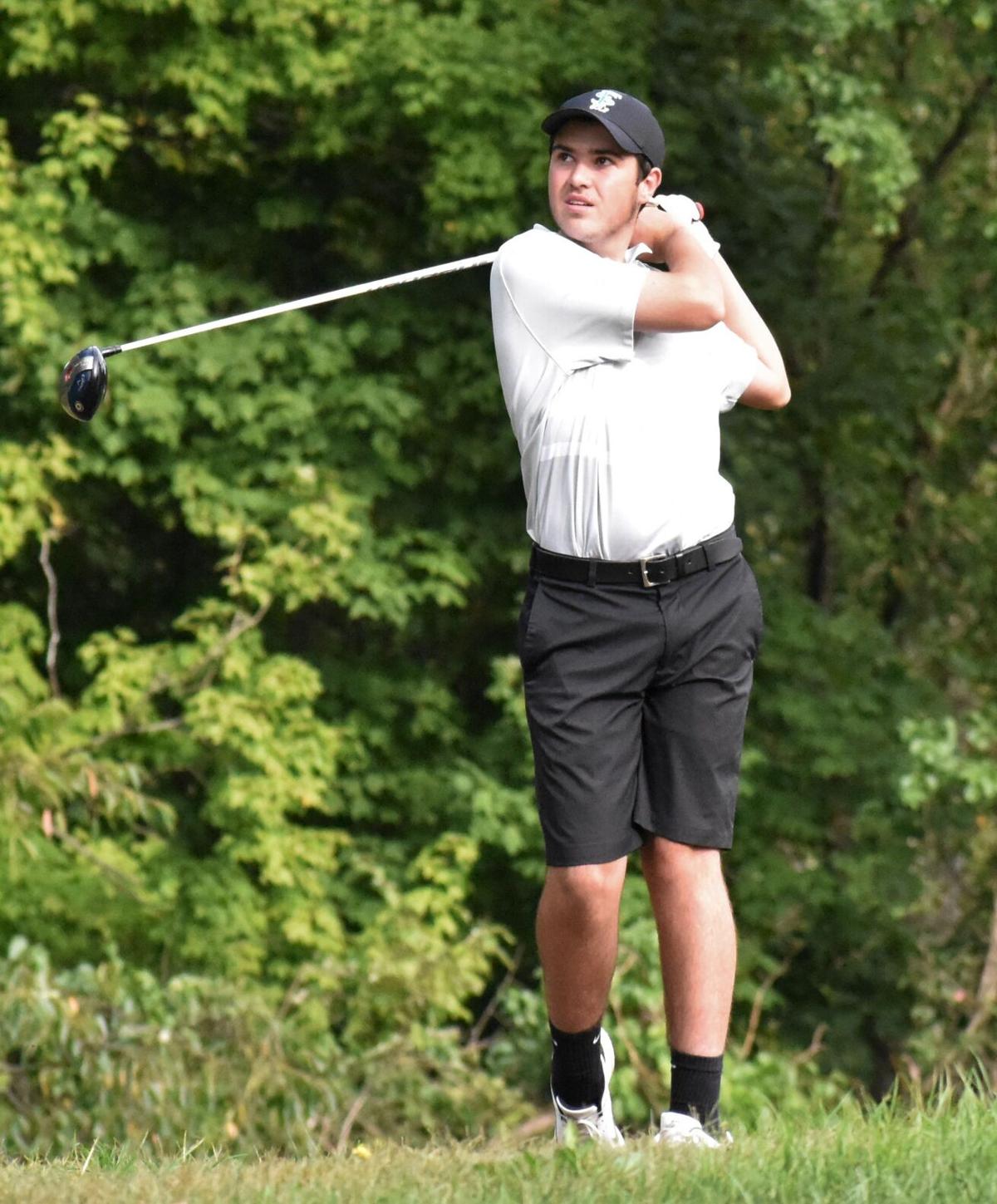 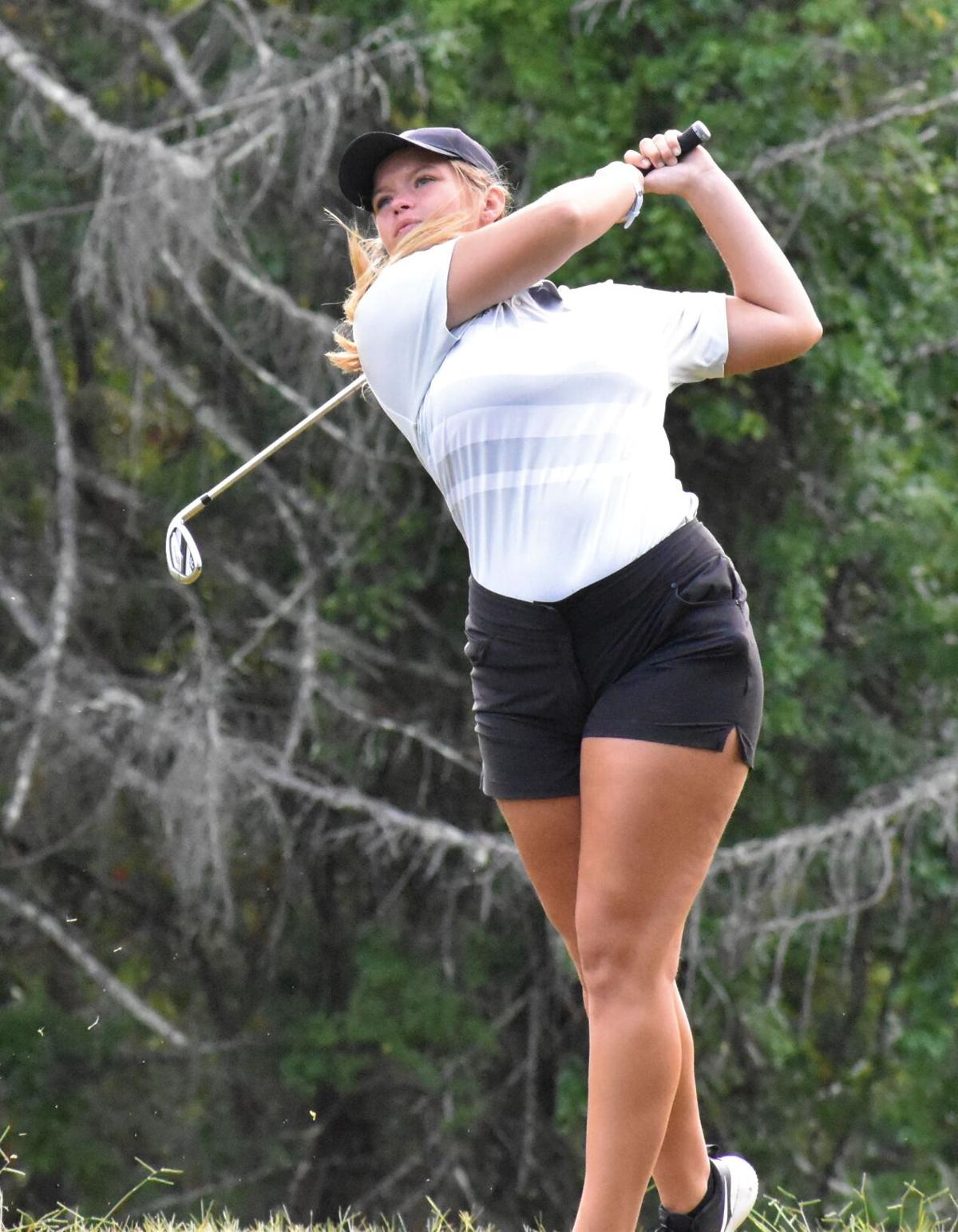 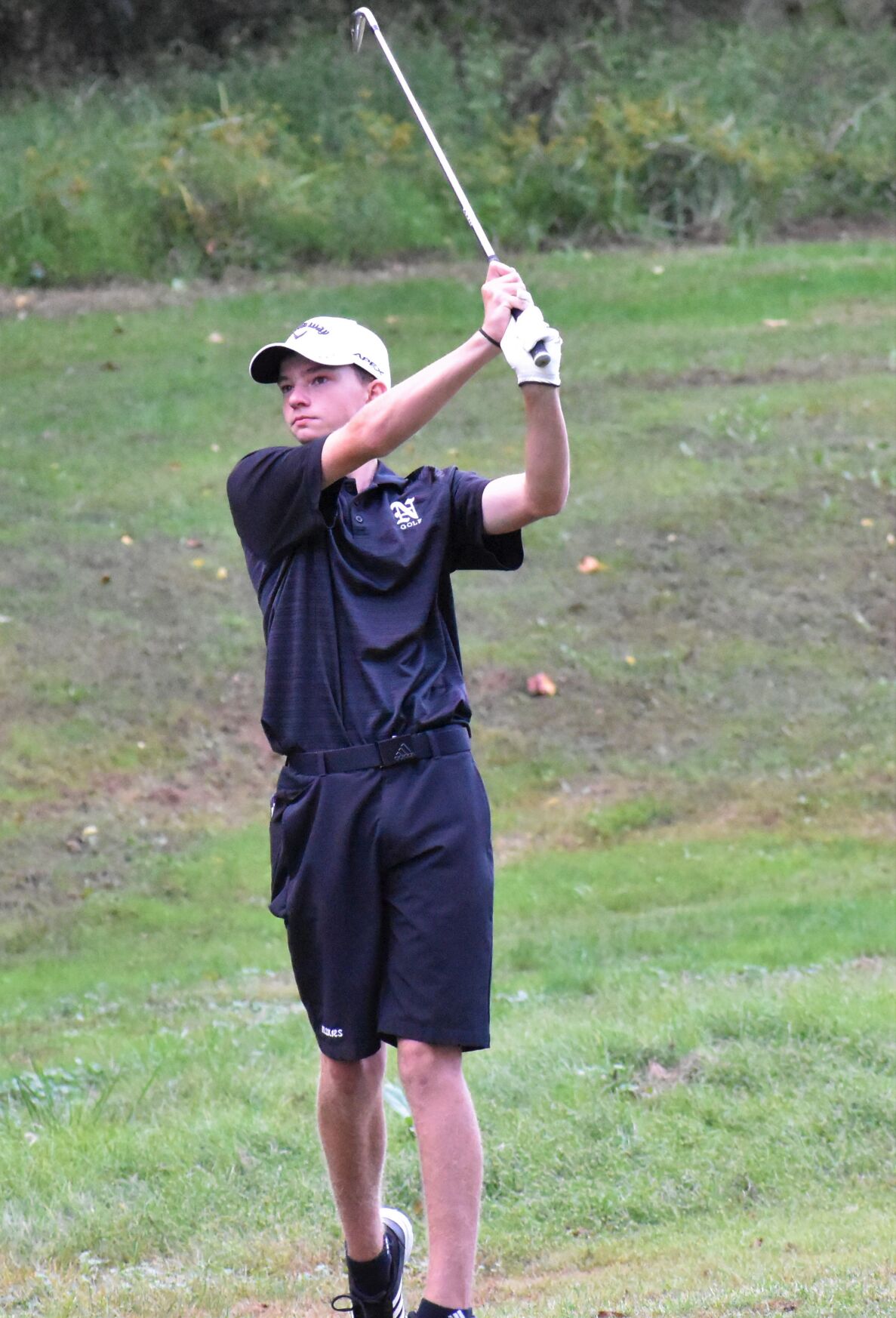 North Marion's Will Lemasters tees off during Monday's match. 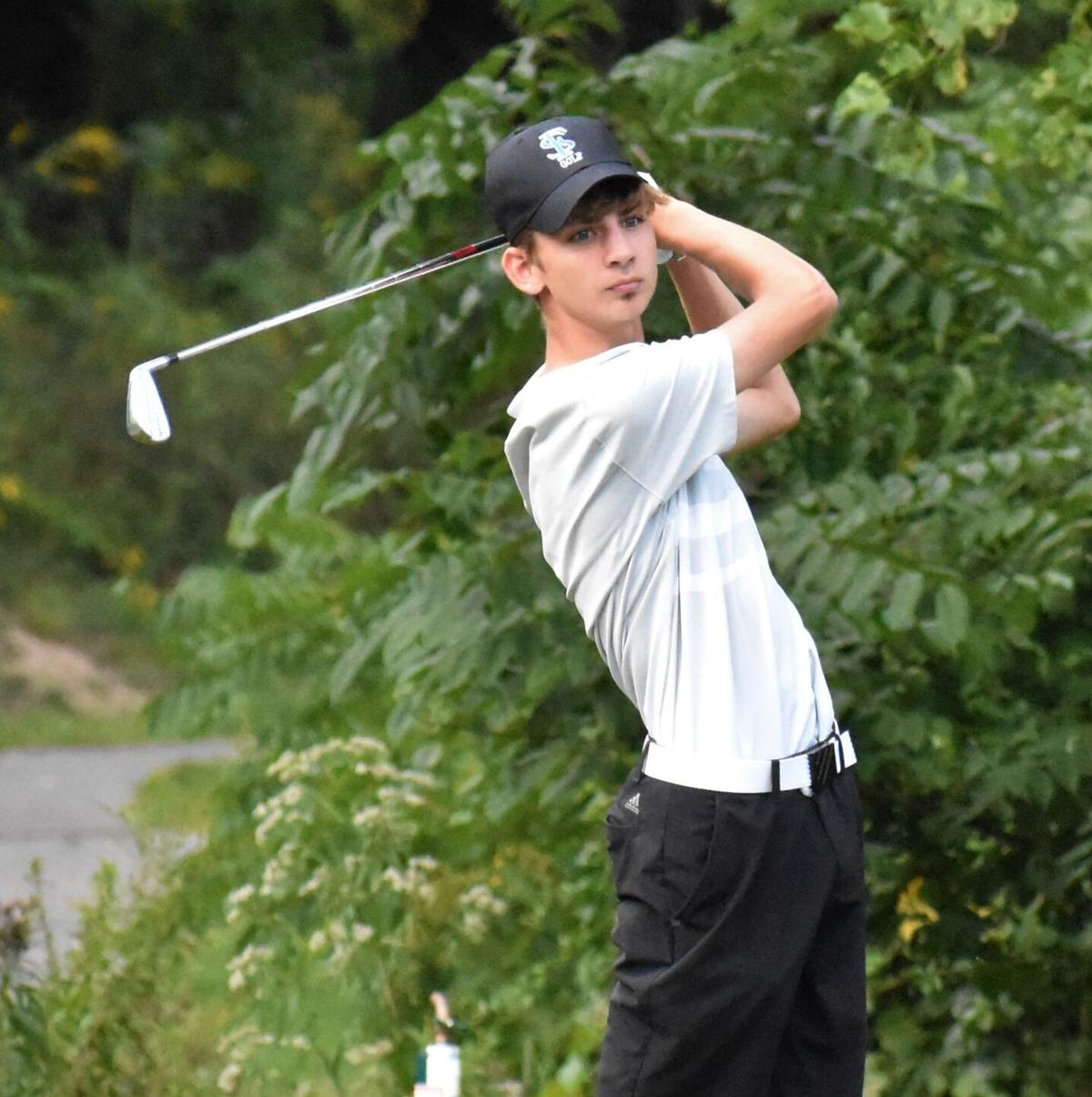 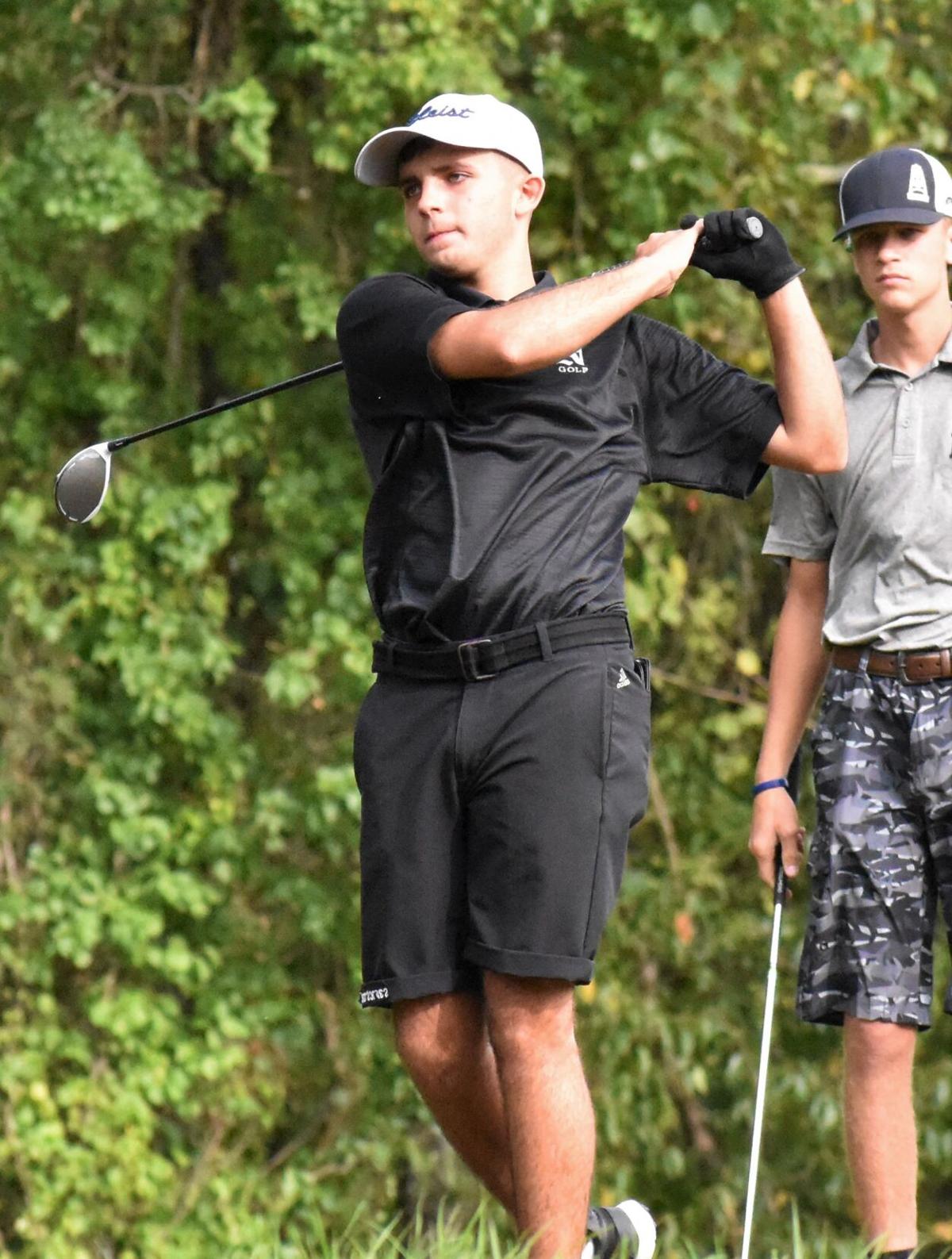 North Marion's Will Lemasters tees off during Monday's match.

FAIRMONT — Perhaps the evening's dinner order would've been a steak regardless, but when an outcome 20 years in the making finally comes to fruition, well, that'll make that juicy cut of rib eye or that tender slice of sirloin all the more satisfying.

Entering Monday's quad match, never in his 20-year coaching career had North Marion High coach Chance Hearn taken his Huskies to the Fairmont Field Club, the home course of arch rival Fairmont Senior, and come away with a victory.

The Field Club had been Hearn's and the Huskies' house of horrors, a year-to-year hellscape, encompassing everything from beatdowns to heartbreakers.

Once even, Hearn recalled, in North's best ever shot to defeat Fairmont Senior on their home course, the Huskies and Polar Bears went into a playoff, and on the first hole, North Marion ended up needing just a two-putt to secure the win.

"(Our player) was about 3 feet away, and by the time everyone had played out, he needed to two-putt for us to win," Hearn said, "and he three-putted from 3 feet. That's the kind of stuff that has happened to us over here," Hearn said.

But on Monday, at long last, Hearn's Huskies conquered their dreaded history and expunged their painful past at the Fairmont Field Club by authoring a business-like round en route to a 167-186 win over the Polar Bears. And Hearn, when asked about what celebratory meal awaited in the aftermath of his touchstone victory, barely digested the question before shooting back that a steak was most certainly in order.

"We'll never downplay a victory over Fairmont Senior. Obviously the main reason we've had so much trouble (here) is that they've just been so good for 20 years," Hearn said. "Again, (FSHS coach) Luke (Corley) is a great coach and it won't be long before they're back, so we need to take advantage of this opportunity and try to drub them as many times as we can."

North Marion's 19-stroke victory over Fairmont Senior also doubled as wins over Preston and Lincoln, which finished third and fourth, respectively, in the quad match.

The Huskies' four-person, 9-hole score of 167 was spearheaded by the team's top-tier duo of Michael Harris and Dylan Runner. Harris and Runner each carded 3-over 38s on the day to earn co-medalist honors as the low round of the day.

"I've honestly just like lived at the golf course the past three months — everyday I'm there at least a few hours just putting, hitting on the range or whatever it may be — and then I got myself some new irons a couple of weeks ago and that's helped give me some distance and more accuracy," said Runner, who switched from a set of Top Flite irons to a set of PING irons.

For the day, Runner recorded five pars, including four straight to open his round, and he also went out with a birdie on the 570-yard Par-5, No. 9. Harris, meanwhile, tallied six pars, and his birdie on the 334-yard Par-4, No. 8 helped to offset a mid-round triple bogey.

"They've been carrying us there's no doubt about it," Hearn said of the Harris-Runner Top 2.

Also shooting qualifying scores for North Marion were Michael Tarley with a 44 and Will Lemasters with a 47. Both players moved up a slot from their usual standing, taking up NMHS's No. 3 and 4 spot, respectively, to make up for the loss of Bryce Rhoades who missed the match with a knee injury.

"I've been shooting high 40s, low 50s lately, so it was a good opportunity for me to play in that No. 3 spot and try to secure it, and I felt like I took a step in the right direction," said Tarley, whose highlights on the day included a 1-under, three-hole stretch on Nos. 3, 4, 5. "I felt like I picked up a lot of strokes around the green, I didn't lose near as many chipping and I got lucky a good bit today so that helps."

Fairmont Senior's runner-up score consisted of two 46s and a pair of 47s. Zack Morgan and Landon Rowan each tallied 46s, ironically, out of the team's Nos. 1 and 6 slots, respectively, while all three of Bekah Jenkins, Landen Barkley and Caden Musgrove carded 47s.

"Our backside of the lineup is starting to come around a little bit — they're improving — and now we just have to get the front side back up to where they're capable of playing," FSHS coach Luke Corley said. "If we can do all of that, we have just as good of a chance as anybody to sneak in."

Preston got a team-best round of 47 from Briar Manko, while Lincoln was led by Hailey Boyce's 51.