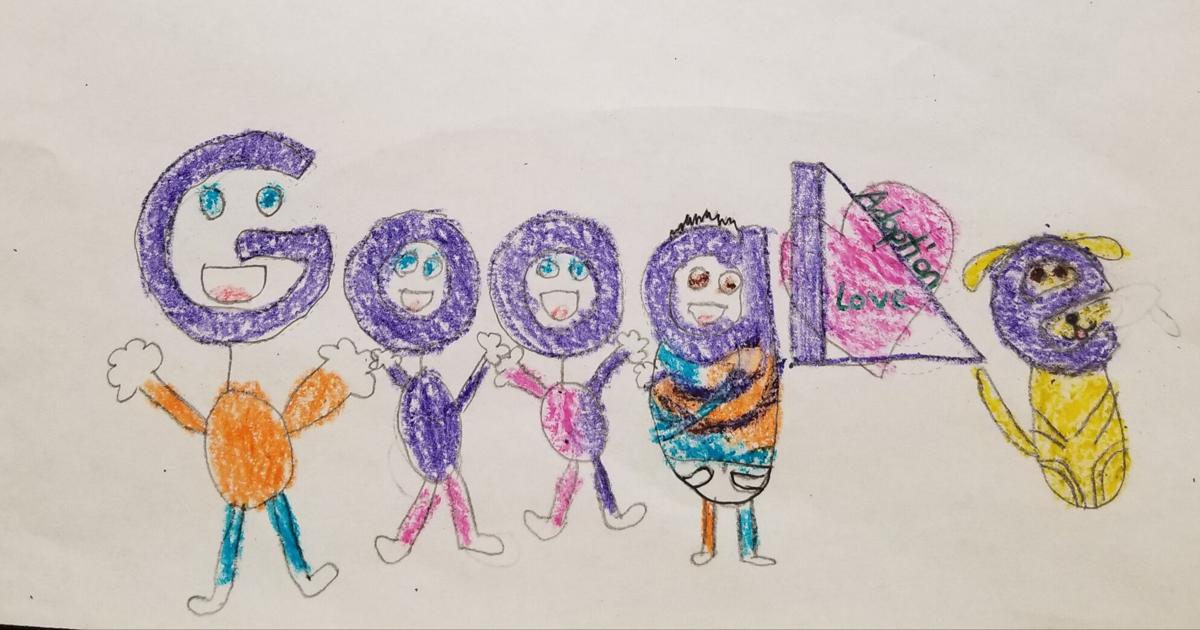 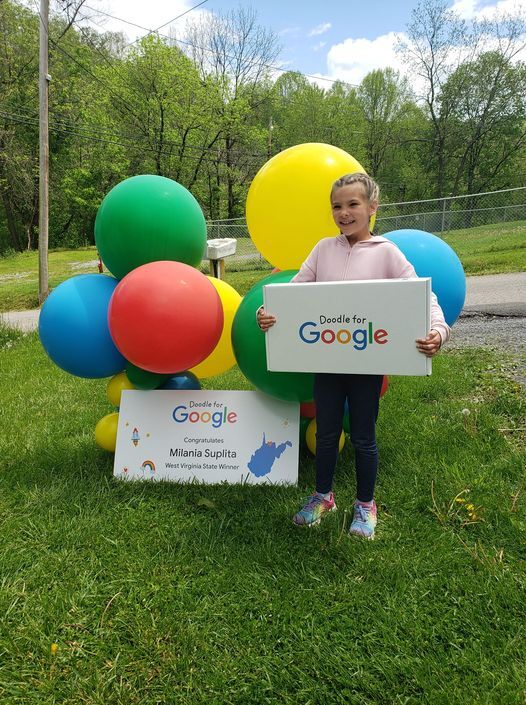 Milania Suplita, a second-grader at Monongah Elementary, is the West Virginia winner in the grade K-3 category in the 2021 Doodle for Google competition.

Milania Suplita, a second-grader at Monongah Elementary, is the West Virginia winner in the grade K-3 category in the 2021 Doodle for Google competition.

MONONGAH — A second grade student at Monongah Elementary School is in the running for a $30,000 college scholarship after being named the state winner in the grades kindergarten through three division in the 13th Annual Doodle for Google competition.

Using the theme, “I am strong because,” Milania Suplita drew the Google letters depicting her new adoptive family after she and her brother were adopted in 2020 by Daniel and Kristin Suplita, of Monongah.

Her piece of art is titled “Adoption: Finding a New Family.”

“I drew my new mom and dad (and puppy) with my brother and me. We were adopted in 2020 and found a new, loving home and family. I am strong because...I experienced a lot and now have a new family who loves me very much!,” states Milania on the Google competition page where web surfers can go to vote daily for her artwork.

Monongah Elementary also stands to win a $50,000 technology package from the Silicon Valley tech giant if Suplita is named the national winner.

“Milania’s doodle was selected from thousands of entries received this year,” states her mom Kristin on a Facebook post. “In the next stage of the contest, Google will invite the public to vote for their favorite Doodle from the 54 State and Territory Winners, in order to help determine which students will go on to become one of the 5 National Finalists.”

Voting opened from May 10 and runs through May 14 on the Doodle for Google website doodle4google.com. Google will announce the five National Finalists later this month, one of which will go on to become the National Winner and have their Doodle featured on the Google homepage for a day. To see Milania’s Doodle, scroll down all the way to the bottom of the page to find West Virginia as the state’s are displayed alphabetically.

According to Google, “Doodles are meant to surprise and delight people when they visit Google.com. Past Doodles have celebrated some of the most brilliant, talented, and passionate people throughout history.”

The annual competition, which launched in 2008, is open to K-12 public and homeschool students in the U.S., Puerto Rico, Guam and the U.S. Virgin Islands.