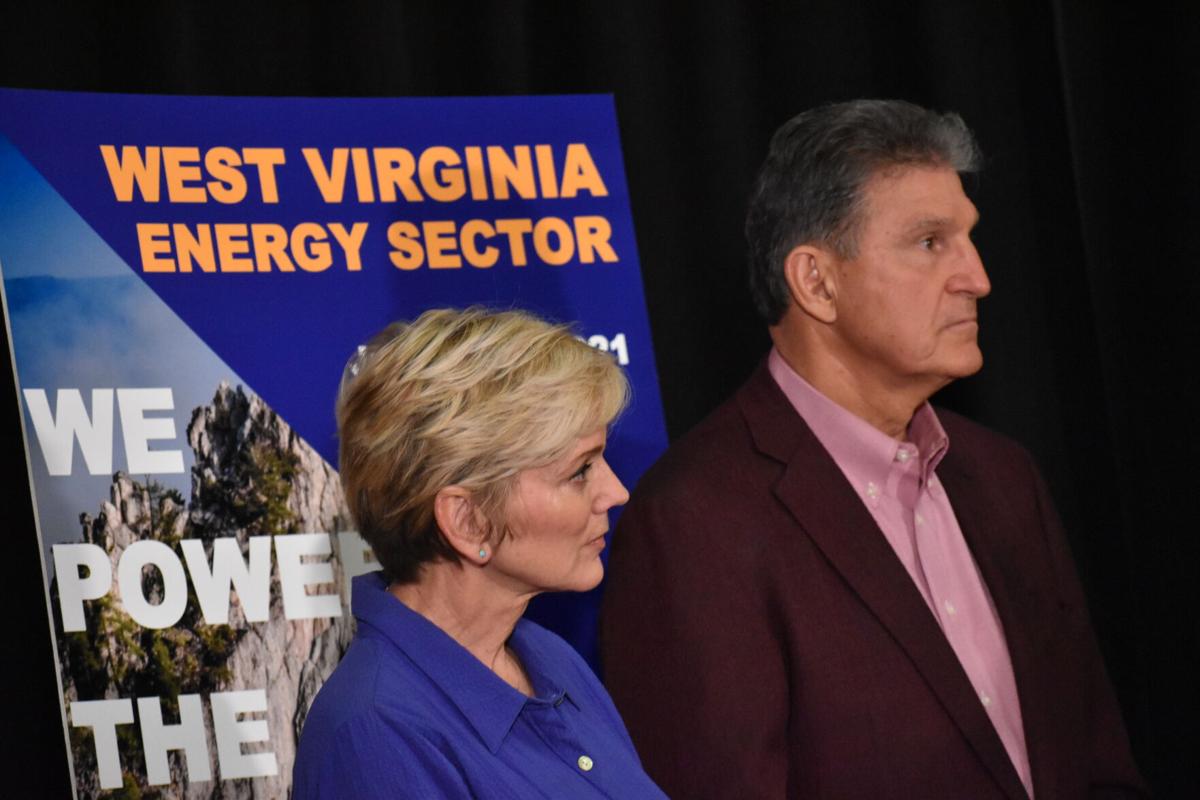 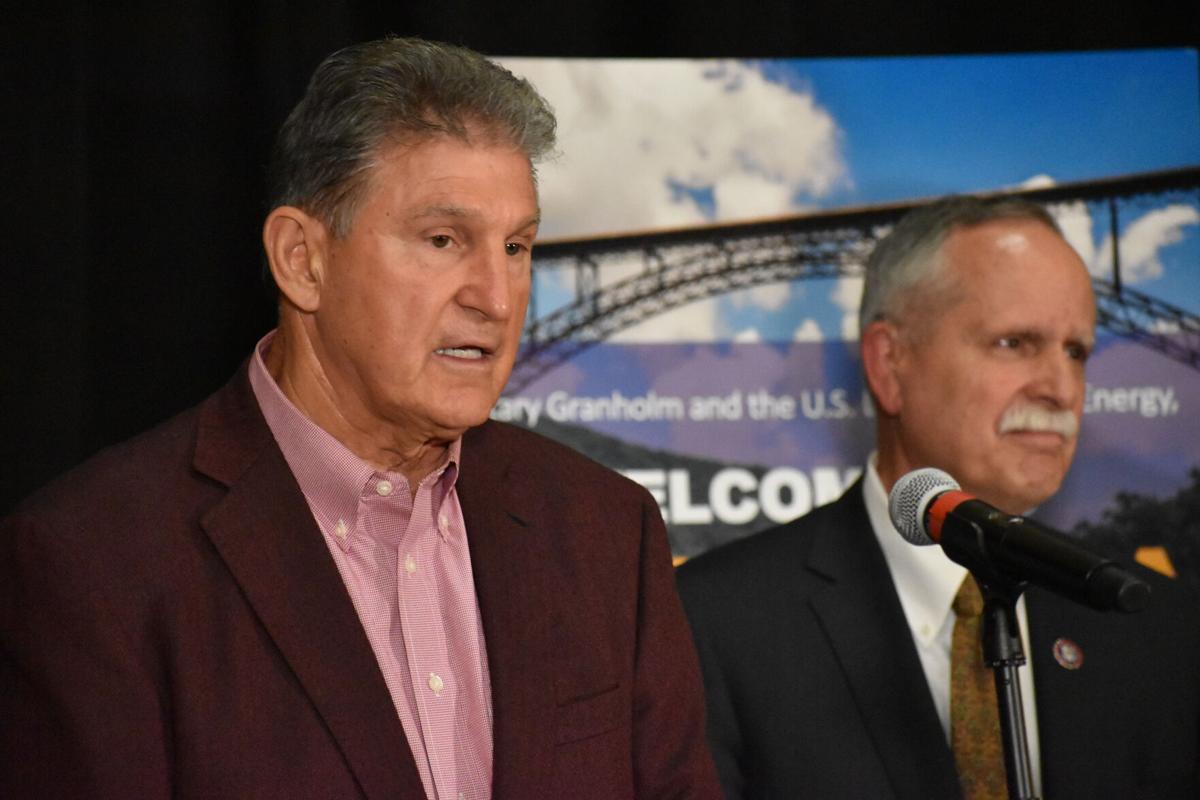 Democratic U.S. Sen. Joe Manchin, left, speaks at the press conference Thursday in Morgantown while Republican U.S. Rep. David McKinley, stands in support. Manchin said he and McKinley are “on the same page.” 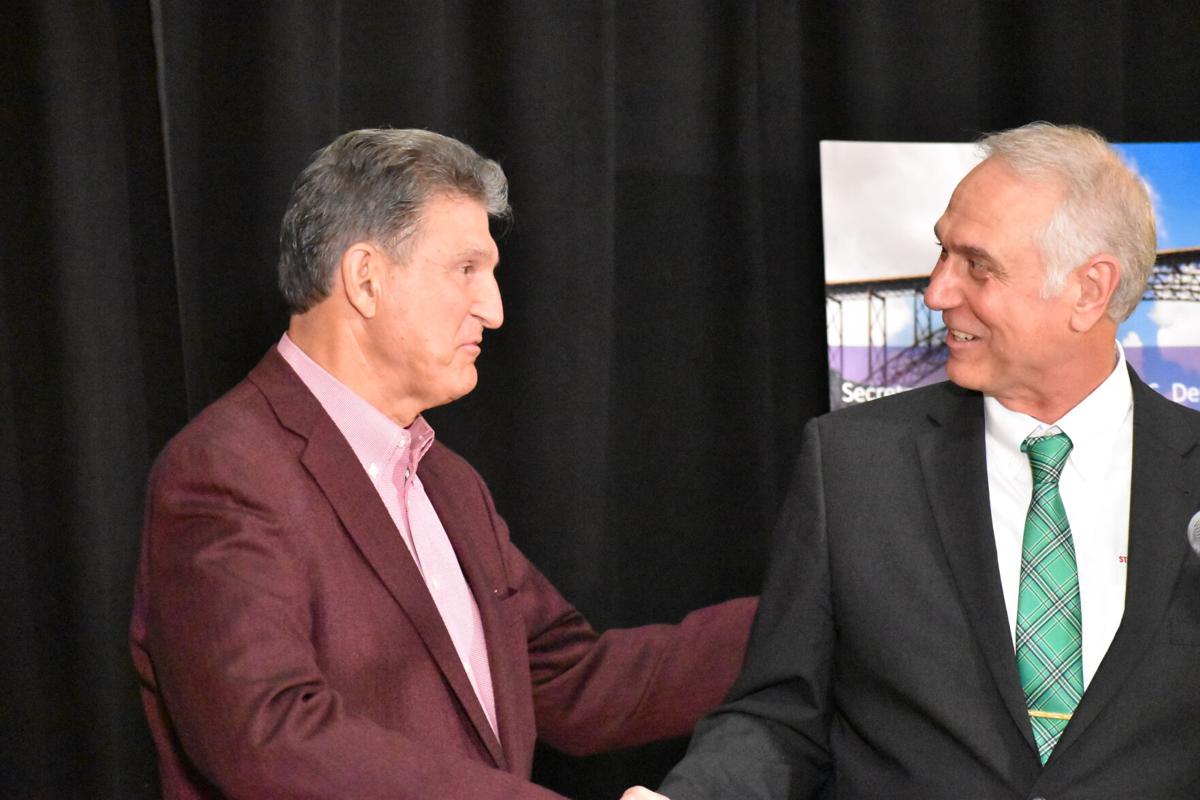 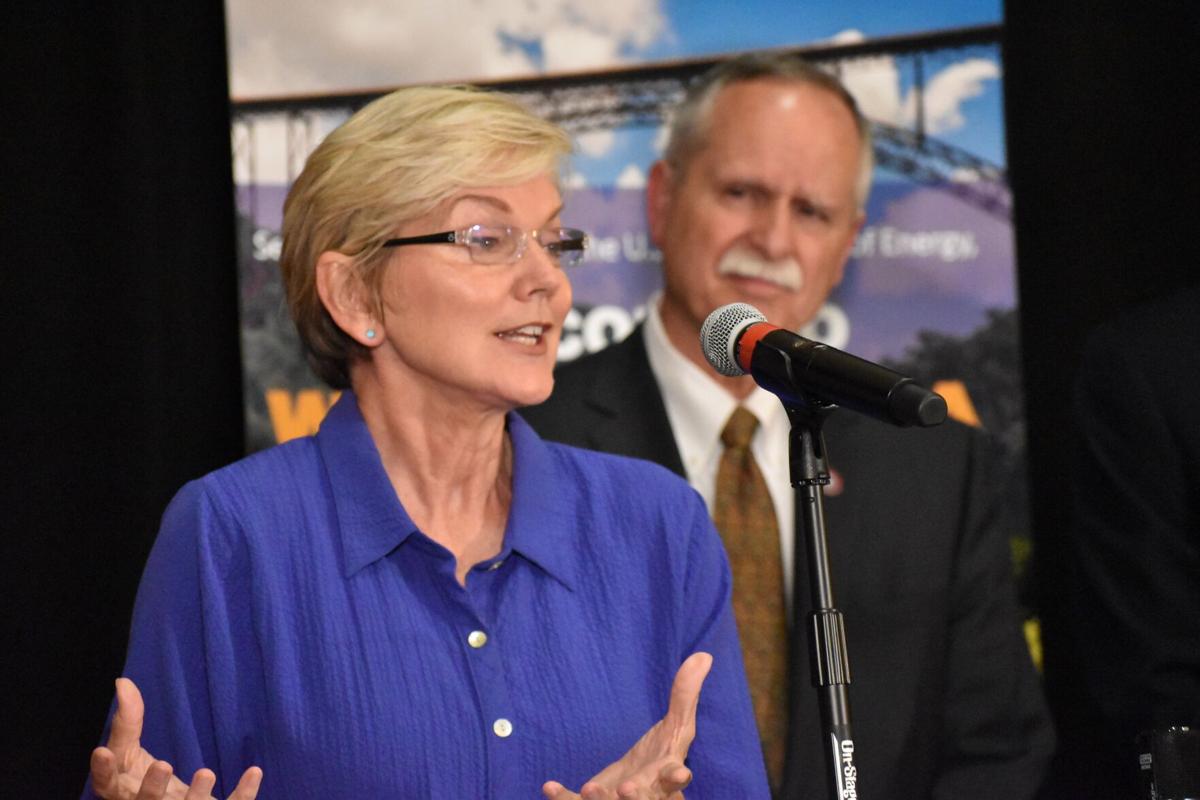 Democratic U.S. Sen. Joe Manchin, left, speaks at the press conference Thursday in Morgantown while Republican U.S. Rep. David McKinley, stands in support. Manchin said he and McKinley are “on the same page.”

Thursday and Friday, Manchin is touring several West Virginia sites that produce energy with U.S. Energy Secretary Jennifer Granholm to show the state’s promise in the realm of clean energy.

Thursday evening, Manchin held a press conference at the Waterfront Hotel in Morgantown with Granholm and officials from various energy companies to discuss what they have learned on their visit thus far and also to announce a West Virginia company’s involvement with an offshore wind farm.

Manchin called the coming years a “golden opportunity” with the new infrastructure bill coming. He hopes the legislation will move West Virginia to become a leader in energy production and research.

“Energy is going to play such an important part in how we can compete and how we can lead in the world,” Manchin said.

The CEOs of Dominion Energy, out of Richmond, Virginia, and Ørsted Offshore North America, based in Providence, Rhode Island, were alongside Manchin at the press conference to show their support for the new wind farm project that is being built with steel from Steel of West Virginia of Huntington.

SWVA is creating the parts to construct the nation’s first ship designed to transport components to build offshore wind farms.

“This is a window into the opportunity for West Virginia to be a leader in the energy of the future in addition to having lead the energy that got us here and still powers us,” Granholm said.

Dominion, Eversource and Ørsted are coming together to work toward President Biden’s call for 30 gigawatts of offshore wind power. The companies are able to build the turbines, but need a ship to transport the turbines offshore, so they decided to build their own with the help of West Virginia steel.

Granholm took the opportunity to promote the benefits of moving to a clean energy future and how those benefits are already shining through with this project.

Although, SWVA Operations Team Member Kevin Linville said that this project will create no new jobs for the steel company. The building of the ship, which will happen in Texas, will produce an estimated 1,000 new jobs.

Also in attendance was U.S. Rep. David McKinley, R-1, who was happy to see an energy secretary back in West Virginia.

“I’m just glad the secretary is here,” McKinley said. “Not only to make the announcement but also to follow up on the fact that, over the years, we’ve had a series of secretaries of energy come here.”

McKinley is a member of the House Energy Committee, and Manchin said he was glad to say he and McKinley are fighting for West Virginia across party lines.

“We’re all on the same page here and working together,” Manchin said. “Not as Democrats or Republicans, but as West Virginians. We’re showing the rest of the country and leading the world in innovation and technology.”

The new steel ship is scheduled to be completed by 2023 with the wind farms being built off the shores of Connecticut, Rhode Island and Massachusetts.