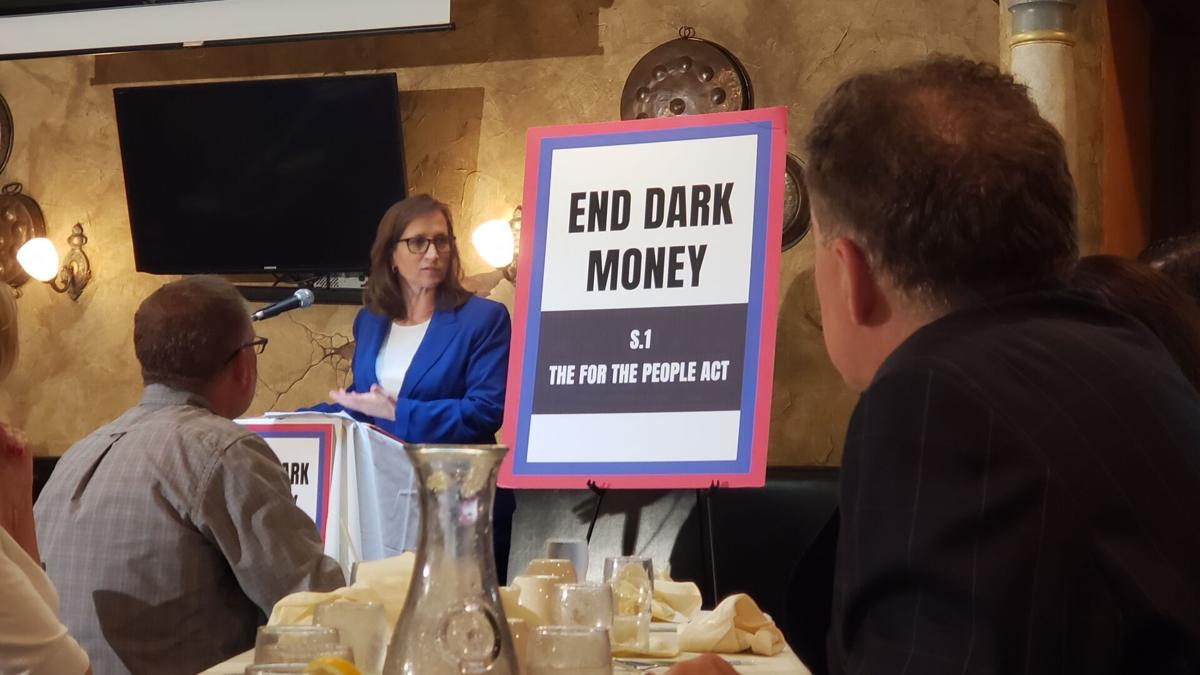 Community leaders turned out Thursday at Muriale’s to hear former West Virginia Secretary of State Natalie Tennant explain the For The People Act. 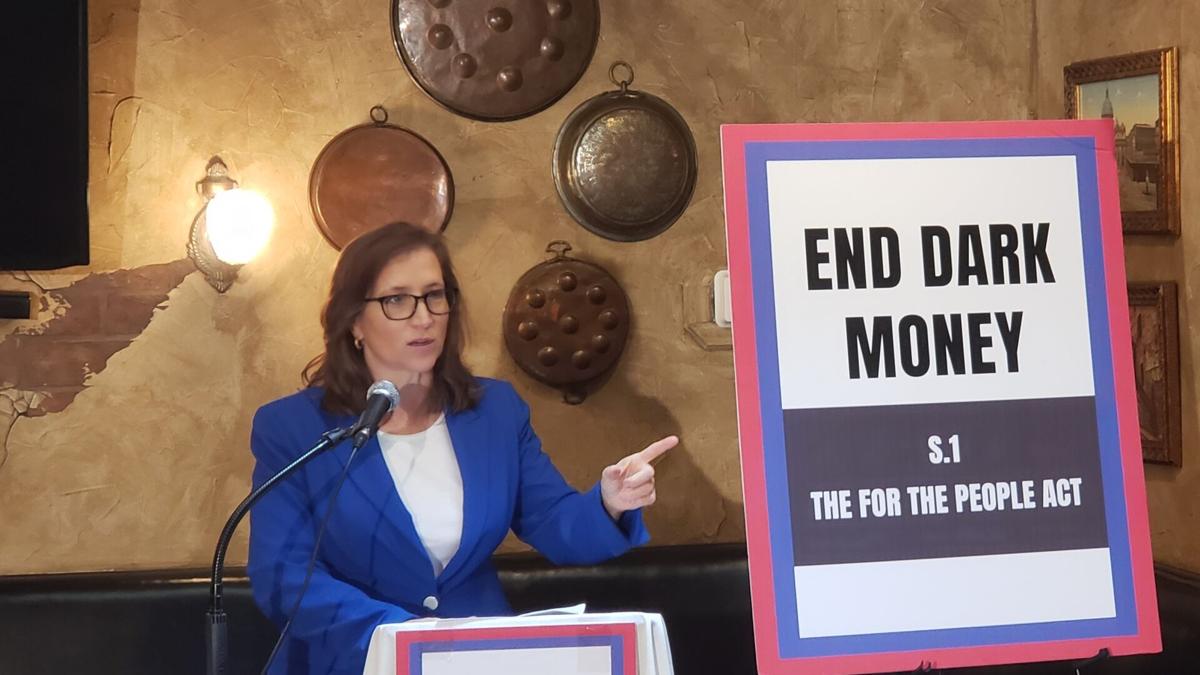 Former West Virginia Secretary of State Natalie Tennant explains the For The People Act at a meeting Thursday in Fairmont.

Community leaders turned out Thursday at Muriale’s to hear former West Virginia Secretary of State Natalie Tennant explain the For The People Act.

Former West Virginia Secretary of State Natalie Tennant explains the For The People Act at a meeting Thursday in Fairmont.

FAIRMONT — Big names are fighting for the people and trying to make voting easier for everyone.

Iconic figures of North Central West Virginia met in Muriale’s Italian Kitchen on Thursday to push for support of the For The People Act currently making its way through the U.S. Congress.

“Bold, federal election advancements like this are what have broken down unfair barriers and helped to make the promise of democracy real for all of us,” said Natalie Tennant, former West Virginia secretary of state.

The meeting was held to inform the public about the For the People Act and why it’s important, but also to encourage those who attended to put pressure on U.S. Sen. Joe Manchin, D-W.Va., and U.S. Sen. Shelley Moore Capito, R-W.Va.

“I think Senator Manchin needs to see how important [the bill] is,” Tennant said. “But Senator Capito needs to be the focus too, she could really pull this along.”

Proponents of the For the People Act describe it as a piece of legislation that would allow easier access to voting and also remove much of the corruption that money brings into politics. Many of the bills sponsors are calling it “common sense reform.”

Some of the highlights of the bill include an end to gerrymandering congressional districts, modernizing voter registration, requiring political groups to disclose their largest donors, reducing the power of career lobbyists in Washington and requiring ad disclaimers.

“I remember the days when everybody talked about, ‘how do we get people to vote?’” Tim Manchin said. “And now we make it harder to vote.”

The major goal of the For the People Act is to give the average citizen more say in politics by increasing their access to voting and limiting the influence wealthy parties have.

Tennant said the bill’s opponents have misrepresented the intent of the bill and created false information about its intentions.

“I’m here as someone who is truly concerned about the misinformation that’s going around,” Tennant said. “National standards don’t mean [the federal government] is taking over state elections.”

Some believe the bill is an over-reach for the federal government, but Tennant pointed to many bills passed in the last 20 years that did similar things and argues this bill is no different.

But there was one group in attendance who would be arguably the most affected if this bill were to fail to pass.

Zachary Fancher, an organizer for Un-PAC, an organization that targets young people and informs them about the For the People Act, said young people have the most to lose if the bill is not passed.

“We are the next generation of leaders coming up,” Fancher said. “If we’re really going to grapple with issues such as climate change or affordable health care, we have to first address the problems with our democratic system. That’s what this piece of legislation does.”

Un-PAC has organizations on WVU’s and Marshall’s campuses, Fancher is trying to push for the organization at Fairmont State.

“If we really take hold of this moment and work to get this piece of legislation passed, we can see action on the issues that matter most,” Fancher said.

Tennant works part-time for the Brennan Center for Justice and urges anyone who has questions regarding the For the People Act to visit the center’s website at brennancenter.org. Both Tennant and Fancher urge anyone in support of this bill to contact their representatives.