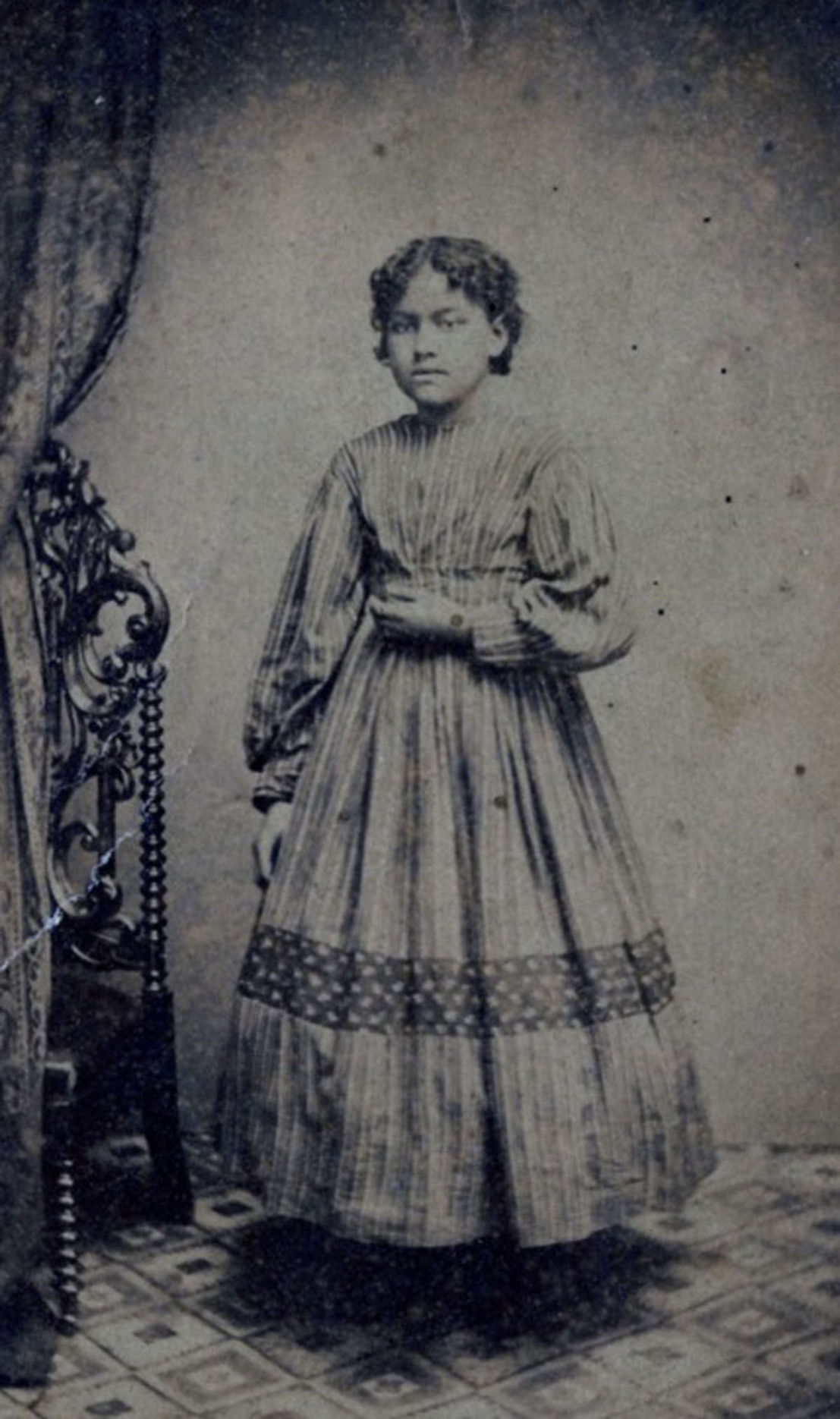 Pictured is Harriet Whitely’s tintype that slave owner, Hiram Haymond, had taken of his slaves around 1862. 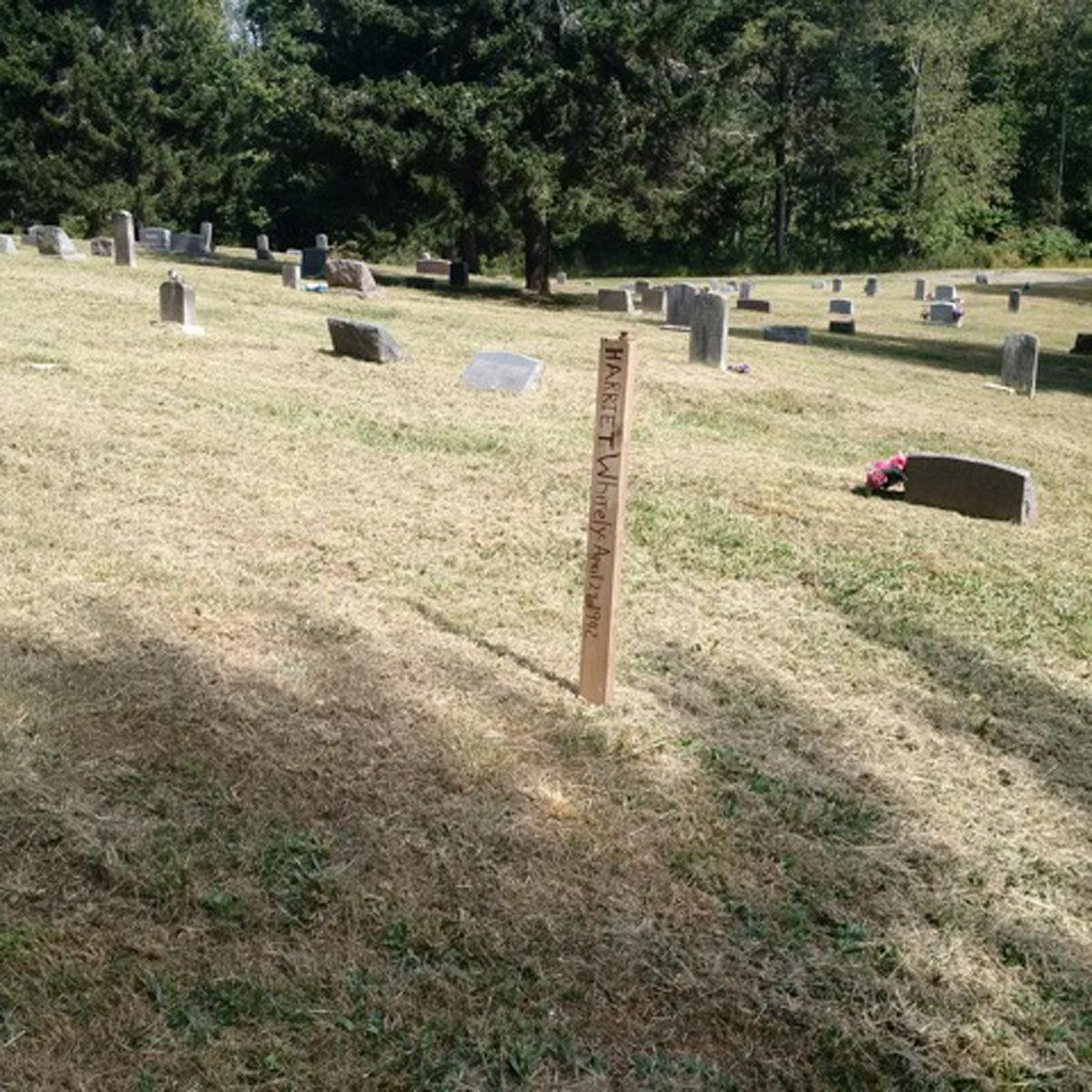 The grave of Harriet Whitely has been located in the Evergreen Cemetery and has been unmarked for 75 years.

Pictured is Harriet Whitely’s tintype that slave owner, Hiram Haymond, had taken of his slaves around 1862.

The grave of Harriet Whitely has been located in the Evergreen Cemetery and has been unmarked for 75 years.

FAIRMONT — The last living slave to reside in Fairmont is being honored Thursday.

On the 75th anniversary of Harriet “Aunt Hat” Whitely’s burial, the Woman’s Club of Fairmont will dedicate a headstone on her previously unmarked grave.

The headstone marking and dedication will take place at 2 p.m. Thursday at Evergreen Cemetery, located at the end of Maple Avenue.

Alvarez’s interest in the subject came from the an article written on April 28, 1941, by C.E. “Ned” Smith, longtime editor of the then Fairmont Times.

In the article, Smith wrote, “The death of ‘Aunt Hat’ Whitely probably severed the last line in our town with those distant days of human bondage.”

That caught Alvarez’s attention and so he began researching her life.

“Harriet “Hattie” Wilson was born March 15, 1855, to Rebecca Wilson, a slave in what was then Marion County, Virginia,” he said. “The father was unknown at the time. When she was 5 years old, she was sold on the Marion County Courthouse steps to Hiram Haymond, a 53 year-old merchant and farmer in Palatine, a small town located across the river from Fairmont. Haymond purchased Rebecca, 34, Hattie and her older sister age 13 years.”

According to the event’s press release, by 1869 Whitely was among the first 27 pupils enrolled in the new school for black children near Madison Street and Jackson Street. She was one of only five students who could read or spell when the school opened.

Whitely worked as a domestic for many families including that of John Andrew Clark from 1891-1931.

“(It) endeared her to many of Fairmont’s prominent residents,” the press release said. “Clark owned and operated several coal mines and was a respected local businessman. Mr. Clark died in 1923 and his wife followed eight years later. ‘Aunt Hat’ nursed them through their illnesses.”

After Clark’s death, “Aunt Hat” was no longer needed at 75 years old, and she went on to live with her nephew Howard Meade and his wife Cora.

When she passed away April 26, 1941, her obituary was prominently featured in the then Fairmont Times, Alvarez said. She was buried in Evergreen Cemetery April 28, 1941.

Alvarez published a story on “Aunt Hat” in the 2016 Spring Edition of Goldenseal Magazine. There will be complimentary copies of the magazine for those attending. There is no charge to the community for the event at the Woman’s Club.

To receive the money for the headstone, Alvarez approached the Woman’s Club of Fairmont.

“Raymond gave us the information on ‘Aunt Hat’ and it was just very heart warming and moving because ‘Aunt Hat’ was a slave and she lived where BB&T is now,” Bickerstaff said. “The Fleming family’s (who owned the mansion in which the women’s club is not housed) cook was Mary Cruz and we are pretty sure they were good friends.”

At a woman’s club meeting, Bickerstaff told the story of Whitely being sold on the courthouse steps and they raised the money for the headstone immediately.

“It was within 10 minutes because everybody was just moved — there was tears in peoples’ eyes because here she was, a little girl, sold on the courthouse steps in Marion County,” Bickerstaff said. “All these years she has gone with an unmarked grave ... so that is just how it happened. Usually at the woman’s club if we have a project that the girls really believe in, they get behind it.”