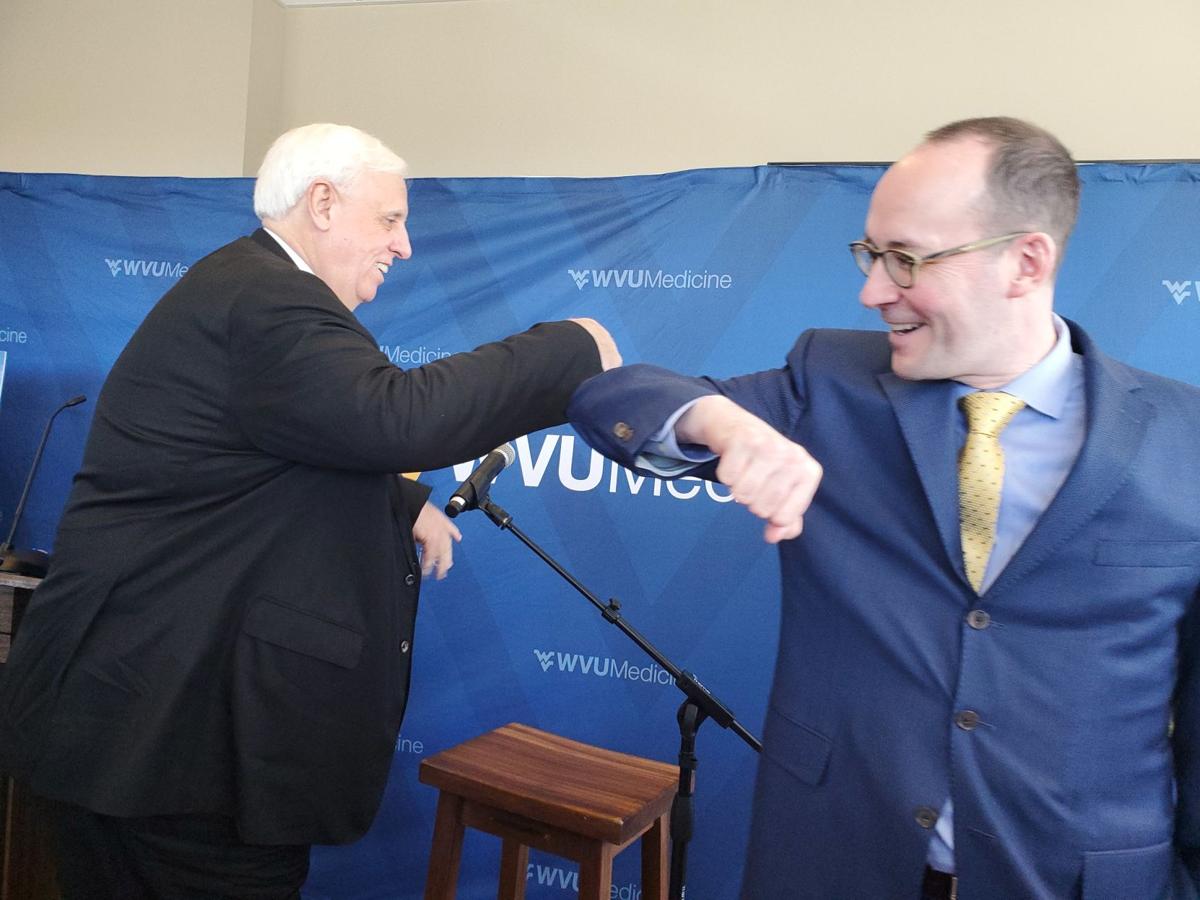 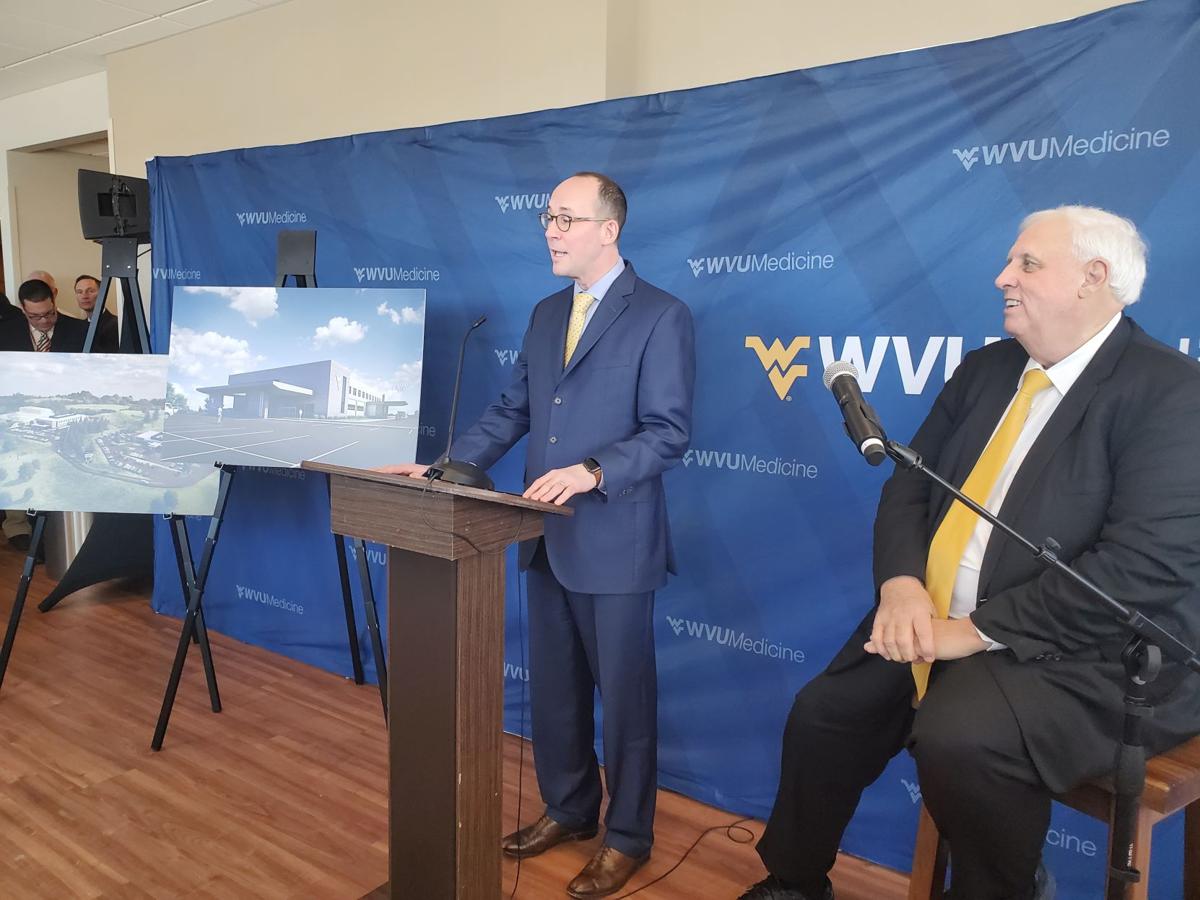 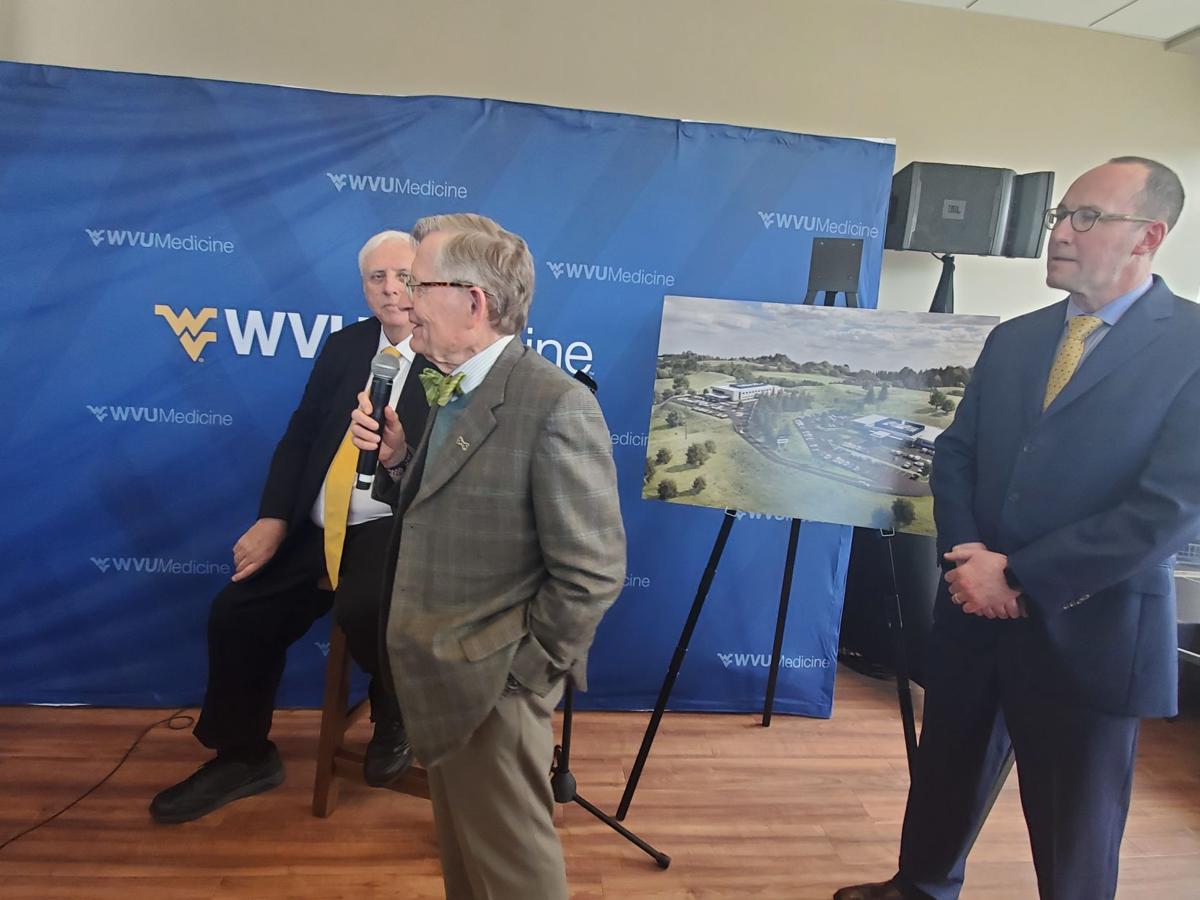 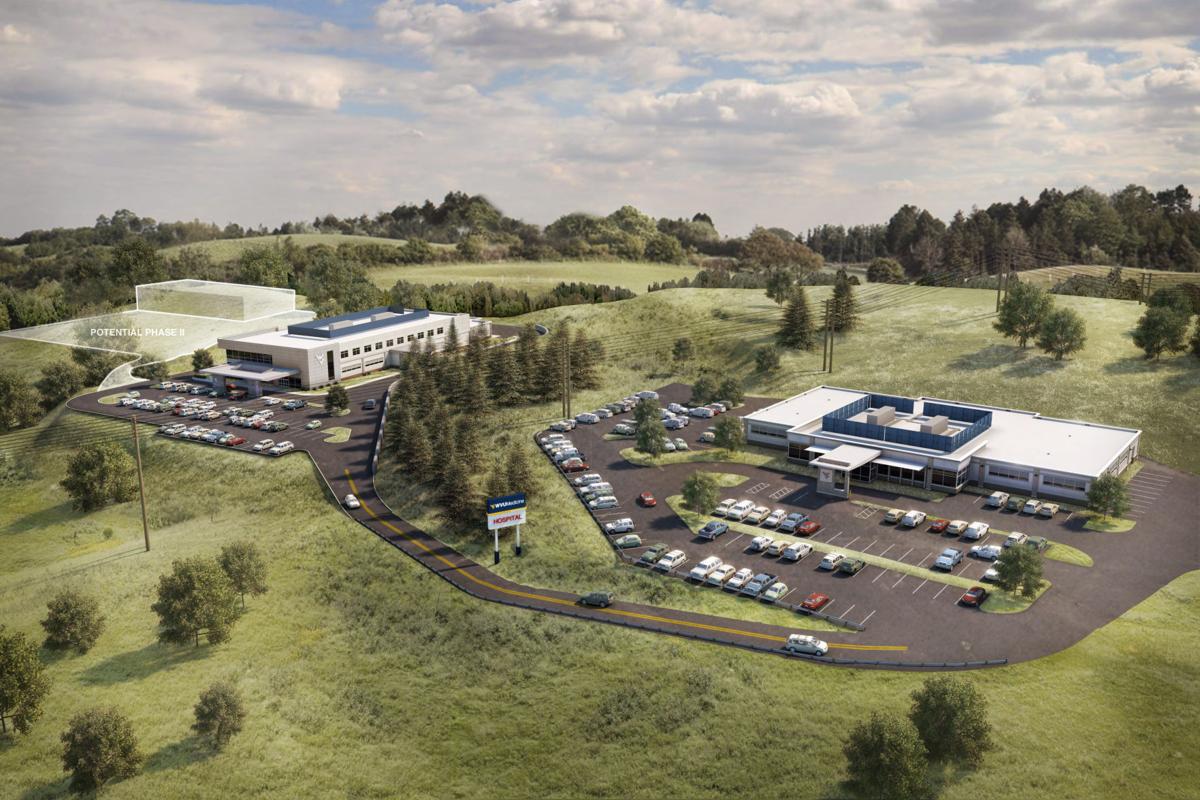 A rendering of the 100-bed hospital facility announced by WVU Medicine.

A rendering of the 100-bed hospital facility announced by WVU Medicine.

On Friday, West Virginia Gov. Jim Justice came together with Albert Wright, CEO of WVU Medicine, and Gordon Gee, president of West Virginia University, for a press conference at the WVU Outpatient Center to announce that WVU Medicine is filing a Certificate of Need to construct a new hospital in Fairmont that will eventually include 100 beds.

No cost estimate was given for the facility.

“WVU has agreed to do just this, and that is build us a new hospital,” Justice said. “It’ll be a full-service hospital, 100-bed hospital, that will employ an excess of 500 people, and not only will it do that, it will have in it the newest and best of the best for all of our people.”

The new facility — planned to be built at the top of the Gateway Connector — will take 18-24 months to build. WVU Medicine will manage Fairmont Regional’s Locust Avenue facility and its emergency services during the construction. Friday’s welcomed news comes after the Feb. 18 announcement that FRMC would close in 60 days and lay off about 528 employees, including medical professionals and ancillary staff. According to the American Hospital Directory, FRMC has 141 acute care beds.

According to Wright, WVU Medicine will work to take over Fairmont Regional once it officially closes in the end of March. He said WVU would like to keep the emergency services specifically staffed, because of the need for the department in Marion County.

“We’ll keep Fairmont Regional open, definitely the emergency department, as many beds are as necessary that we can staff up to move into this facility,” Wright said. “I believe the hospital is going to wind down by the end of March, so we are hopeful to be up and running somewhere in the early- to mid-May time frame if all goes well.”

Wright also said that WVU Medicine has hired many employees of Fairmont Regional in the past several weeks, and that the facility will require a number of specialists who may be available for work after Fairmont Regional officially closes.

Wright said that the new facility will be constructed in the space nearby the Outpatient Center, and will be built in two phases.

“This first phase will not be 100 beds,” Wright said. “But if you look at the second phase, because we want to get something up and running as quick as we can in that first 24 months, long-term we anticipate a mix of different type of care beds here, to get us up to that 100-bed campus with 4, 5, 600 people working here in Marion County.”

Gee said that working with the governor to find a way to keep a health care facility in Fairmont was a pleasure, and he is glad WVU is able to provide that solution.

“This was something that we wanted to do and the Governor’s vision was big,” Gee said. “I am very proud of what we’re going to do here, and this is going to be a state-of-the-art opportunity for all of us.”

Justice said that with the construction of WVU’s new facility, Fairmont will continue to have health care available nearby.

“We’ll get through the next 18 months and we’ll still provide emergency care and everything at the hospital we have now,” Justice said. “But we’ll transition to a brand new hospital.”

Concerns arose among guests present at the press conference about coronavirus and the spread of COVID-19, especially with the lack of treatment in Fairmont. Wright said that WVU Medicine has testing capabilities, and that the hospitals in Morgantown can provide care for anyone who may become diagnosed with COVID-19.

“We’re working with the [West Virginia] Hospital Association and with hospitals around the state,” Wright said. “I think everybody is creating those plans now, so if you have a surge of sick patients that you need to have capacity for, what are the levers we can pull to create the capacity; either in the form of temporary facilities or halting elective procedures in order to make room for non-elective sick cases.”

Justice said state health officials have taken measures to reduce the potential surge of cases in West Virginia, but went on to say it is only a matter of time before the state gets its first confirmed case.

“We’re all over it and our health officials are really working hard.”

WVU Medicine’s announcement comes just four days after Morgantown-based Mon Health System announced its own plans to file a Certificate of Need to build a “small format community hospital” on property it owns in White Hall near Interstate 79. Mon Health CEO and President David Goldberg did not return phone calls by deadline.

On Feb. 18, Fairmont Regional Medical Center CEO Robert Adcock handed hospital employees and staff letters that cited the hospital had lost $19 million in the last three years and could not afford to keep the facility open. Adcock also cited failed attempts to find new financial backing or establish partnerships with other healthcare providers as a means of keeping FRMC open.

FRMC’s owners, Alecto Healthcare Services of Irvine, Calif., bought then-Fairmont General Hospital for $14 million in 2014 when the facility was in bankruptcy.