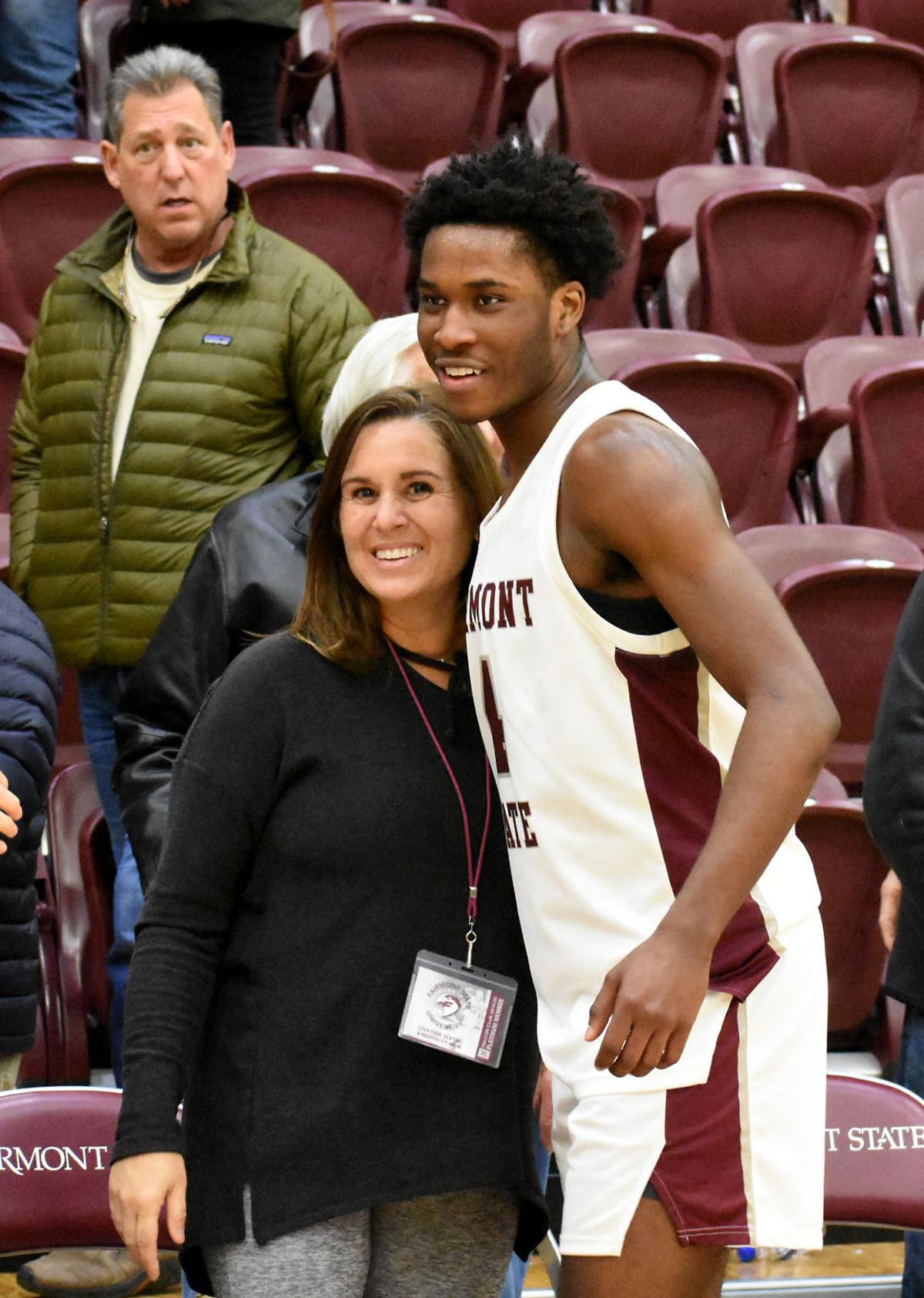 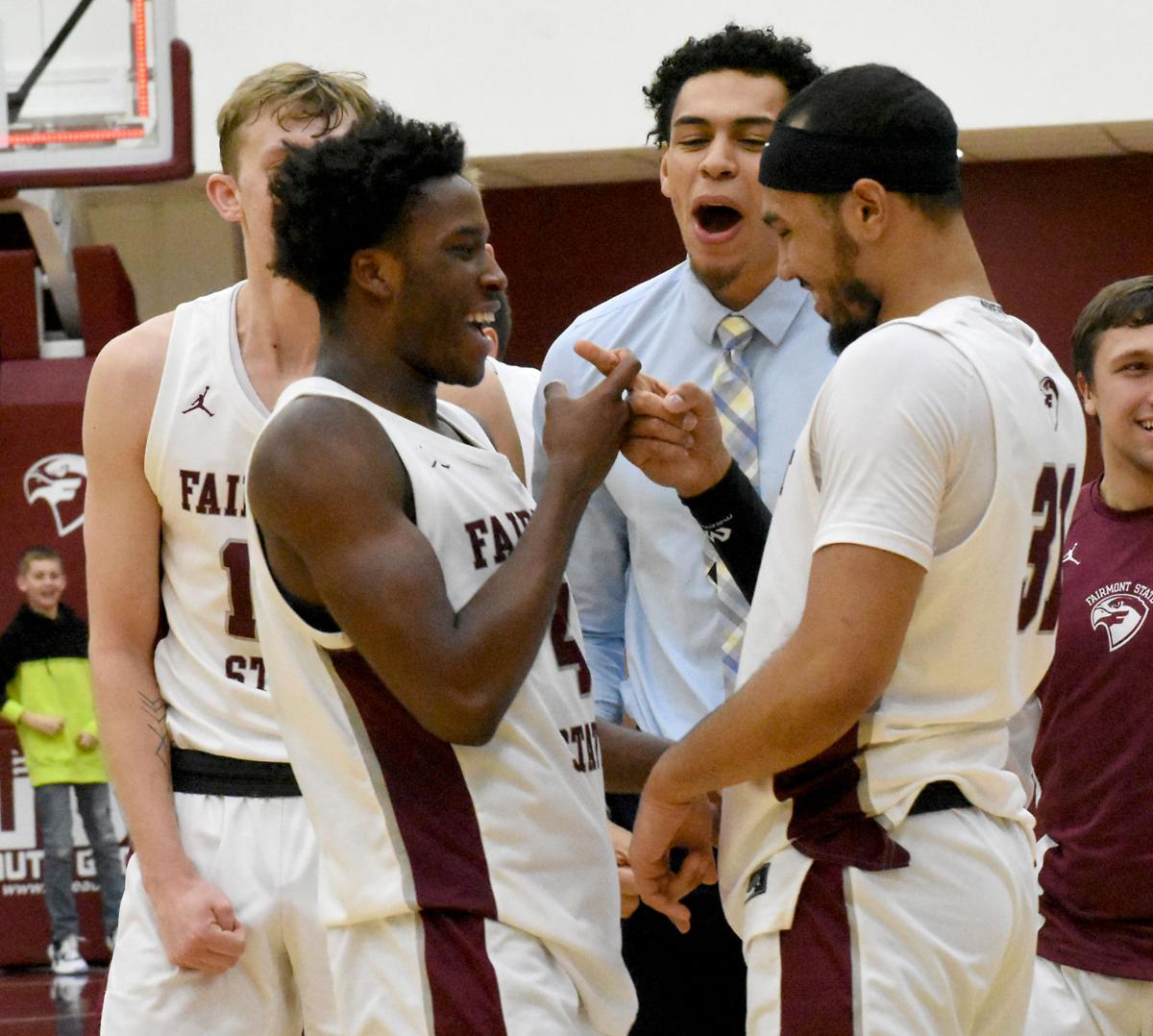 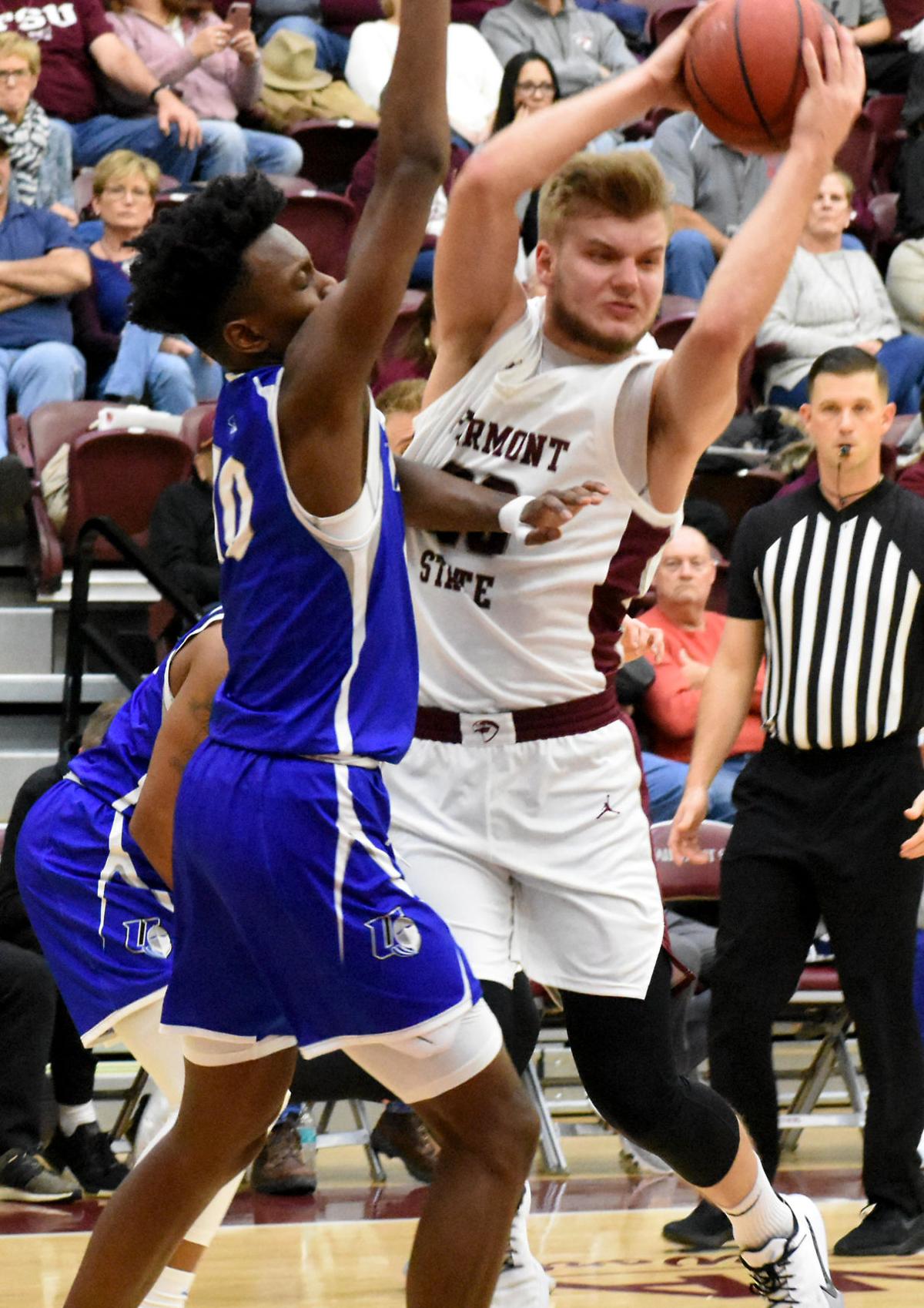 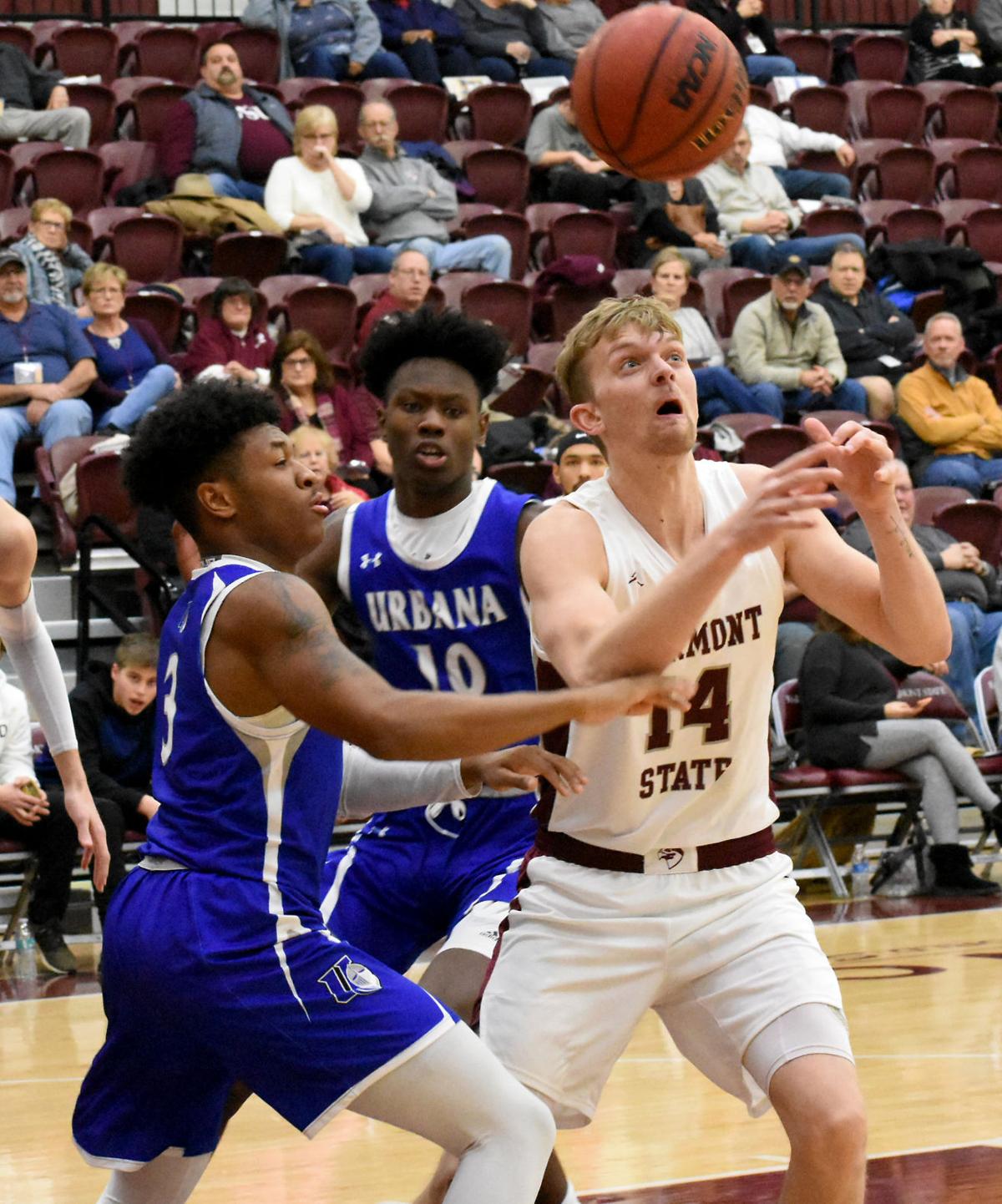 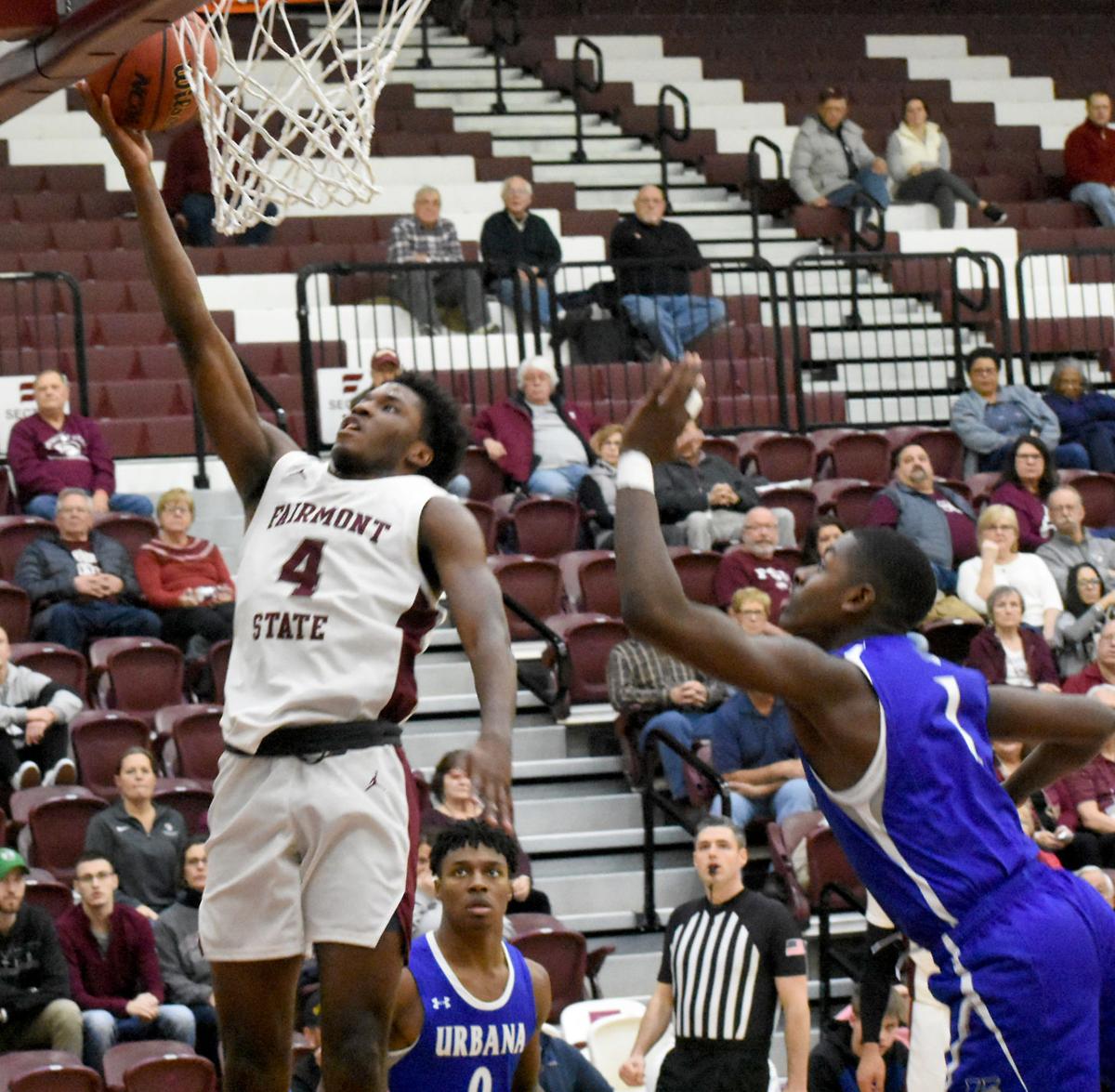 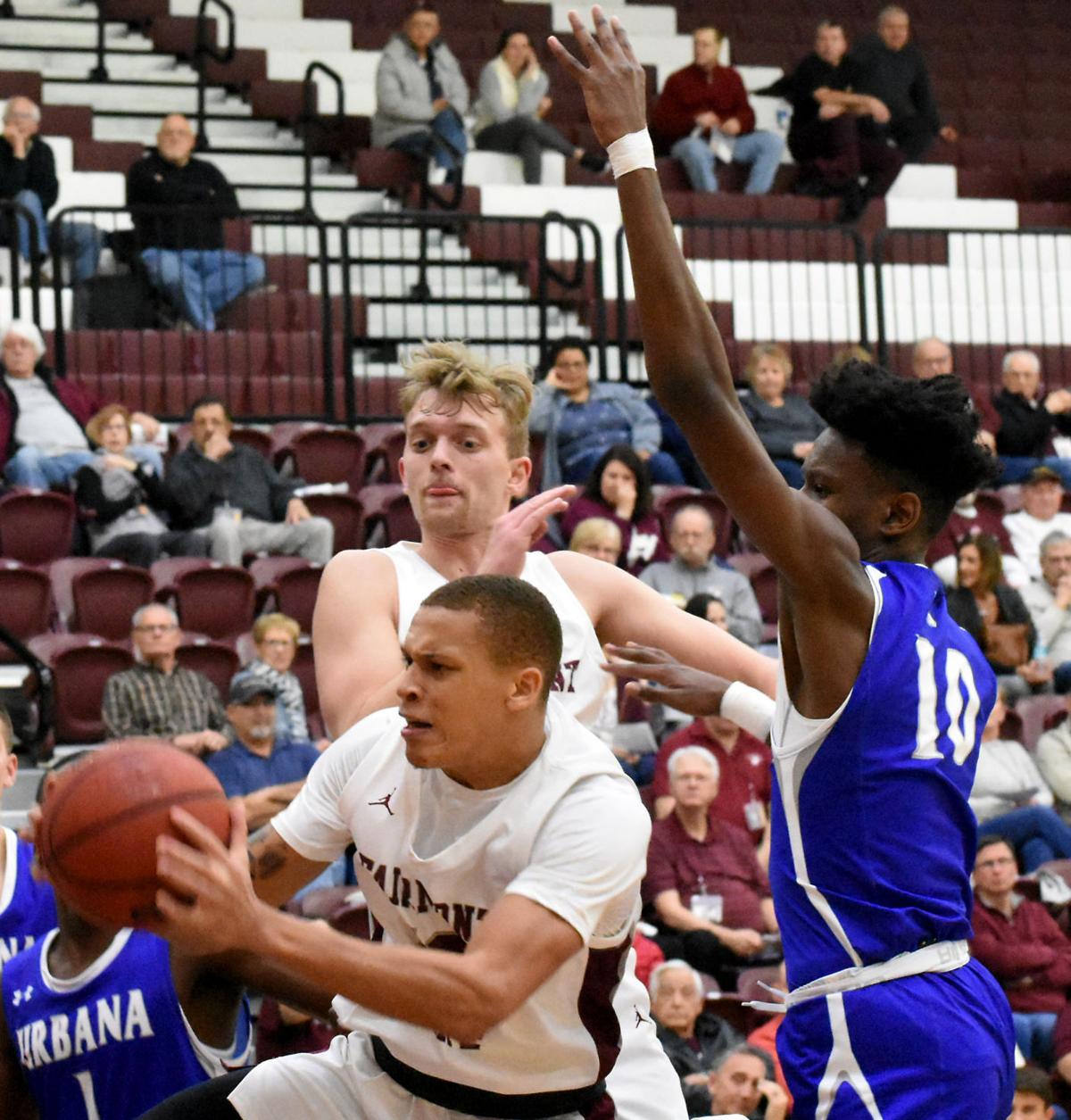 Fairmont State's Isaiah Sanders comes down with a offensives rebound in front of Urbana's Casey Baker. 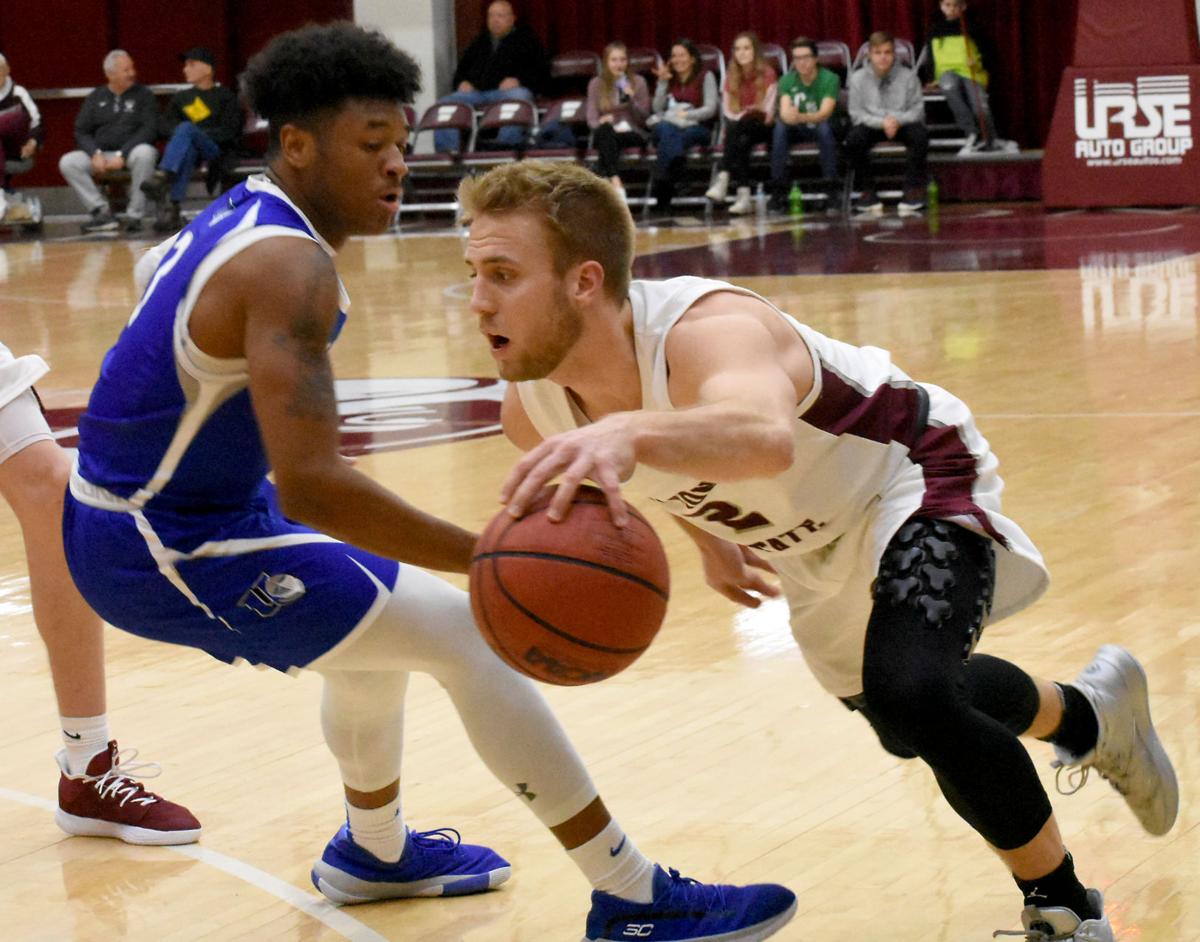 Fairmont State's Isaiah Sanders comes down with a offensives rebound in front of Urbana's Casey Baker.

FAIRMONT — Dale Bonner’s shot from half court as time expired gave Fairmont State an 81-78 win over Urbana on Wednesday night at Dan Cava Court inside Joe Retton Arena. The game was close throughout with 21 lead changes on the night.

With Fairmont State trailing by three (75-72) with just under a minute remaining in the second half, Kenzie Melko-Marshall found Jacob Brown in the right corner for a game-tying three with 52 seconds remaining. After a turnover during Urbana’s offensive possession, Melko-Marshall drained a three from the top of the key to give the Falcons a 78-75 lead with under seven seconds remaining.

Trailing by three with 4.4 seconds remaining, Urbana’s Matt Ashley hit a three-pointer in the corner to tie the game and leaving just 2.2 left on the clock. Bonner got the inbounds pass and took the ball on the right-hand side of the court and tossed it in from half court as time expired for the win.

Bonner’s three was his 20th point of the night as the redshirt-freshman stuffed the stat sheet with a team-high 20 points, nine assists and six steals. Melko-Marshall also chipped in 18 points, three rebounds and six assists. Cole VonHandorf also reached double-figures with 15 points, while Przemyslaw Golek added nine points off the bench.

Fairmont State (10-2, 5-2 MEC) shot 50 percent from the field and knocked down 8-of-21 attempts from behind the arc in the victory. The Falcons also scored 28 points off turnovers and had 11 second-chance points.

Urbana shot nearly 52 percent from the field, despite making just 6-of-21 attempts from behind the arc. The Blue Knights also held a 35-27 advantage on the glass.

Fairmont State will return to action on Saturday afternoon at Notre Dame College. Tip is set for 4 p.m. at Murphy Gymnasium in South Euclid, Ohio.