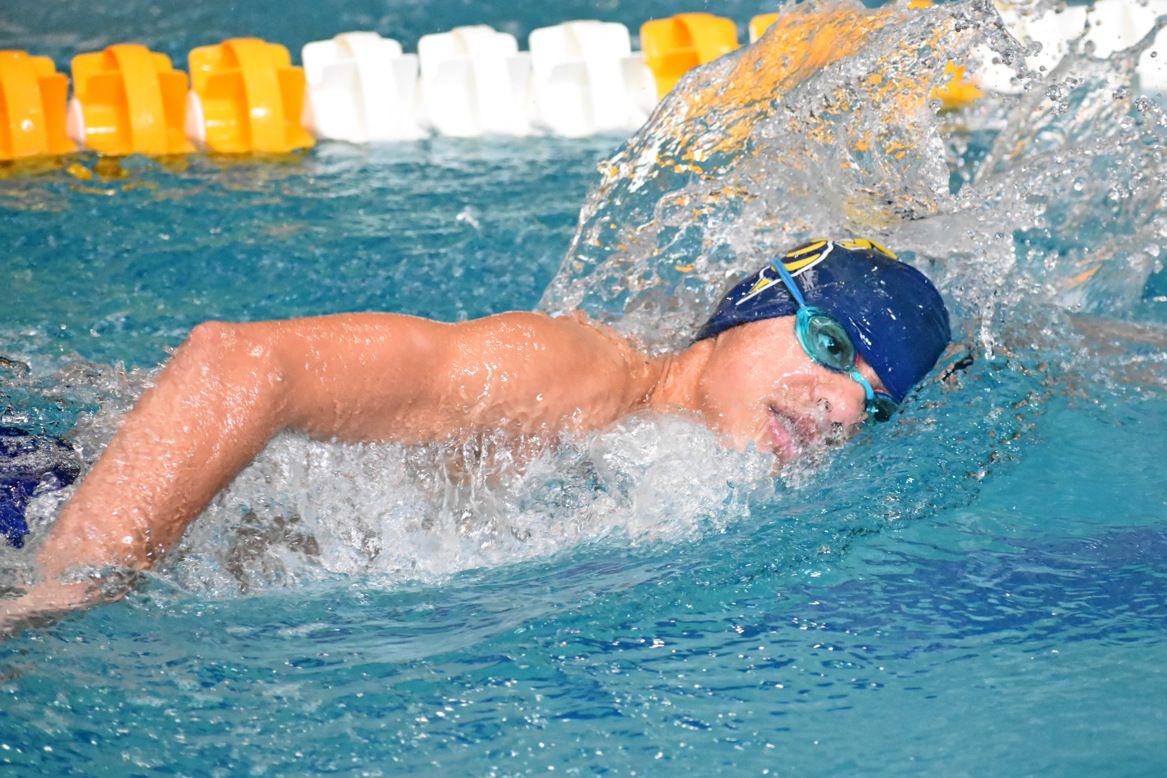 East Fairmont’s Josh McPherson was one of three East Fairmont swimmers to qualify for the state meet at Saturday’s regional meet. 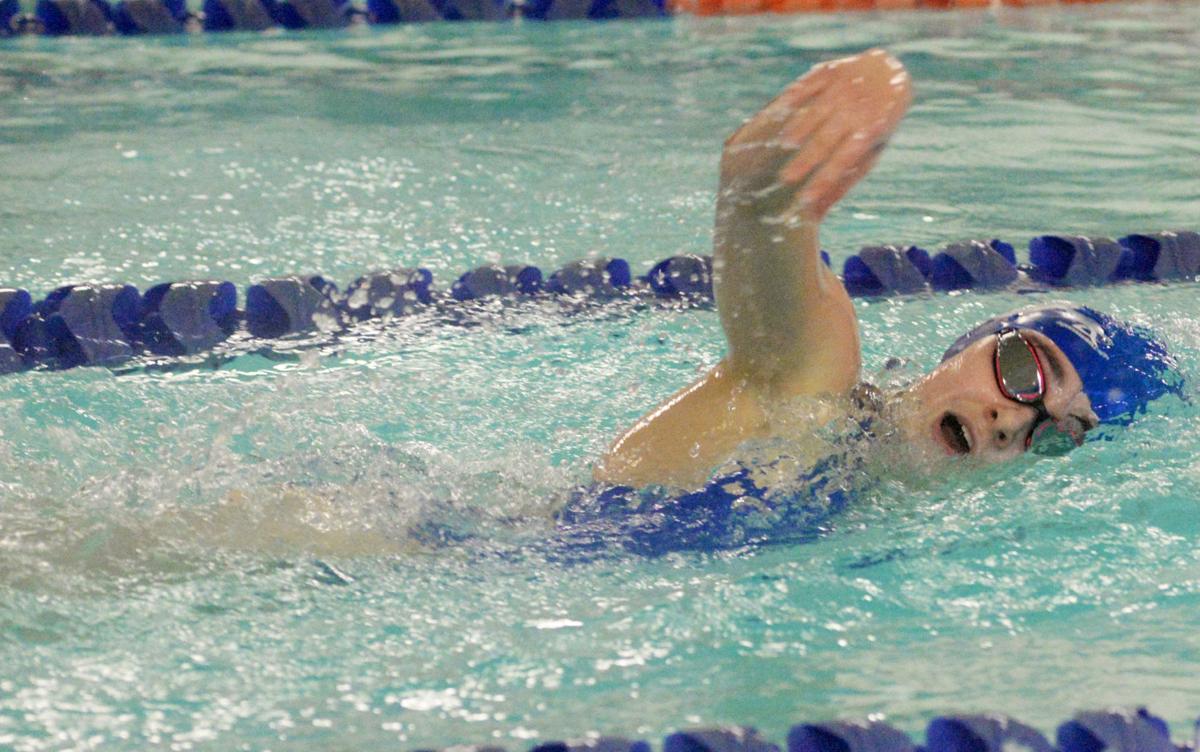 Fairmont Senior’s Alexis Ramsey was one of four Fairmont Senior swimmers to qualify for the state meet at Saturday’s regional meet.

East Fairmont’s Josh McPherson was one of three East Fairmont swimmers to qualify for the state meet at Saturday’s regional meet.

Fairmont Senior’s Alexis Ramsey was one of four Fairmont Senior swimmers to qualify for the state meet at Saturday’s regional meet.

Abruzzino led Fairmont Senior’s push for the regional crown, winning all four events she competed in to earn the maximum number of state qualifying events with four. She claimed individual regional victories in both the 200-yard and 500-yard freestyles with times of 2:02.26 and 5:22.55, respectively, and she served as the fourth leg of both of FSHS’s winning relay teams.

Each of Abruzzino’s three teammates on those winning relays in Ramsey, Ella Broadhurst and Ashlyn Bennington also earned the 4-for-4 grand slam in terms of state qualifications.

The four swimmers, who will compete in 10 total events at the state meet, project as Fairmont Senior’s lone state qualifiers, according to swimwv.com’s initial state meet projections.

On the other side of the river at East Fairmont, however, Marion County is projected to send another three swimmers to the state meet next weekend at the WVU Natatorium in Morgantown.

Freshman Josh McPherson locked up the Bees’ lone automatic state qualifying spot at regionals on Saturday with a third-place finish in the 500-yard freestyle. McPherson clocked a 6:10.17, almost three seconds better than his seed time, to nab the spot at states.

McPherson’s East Fairmont teammates Blake Roessing-Fultineer and Sara Walker are projected to join him at the state meet as at-large qualifiers according to swimwv.com’s projections.

Roessing-Fultineer finished fourth in the 100-yard butterfly with a time of 1:01.08, which swimwv.com has listed as the 15th best overall time in the state across all four regionals. Walker, meanwhile, clocked a 1:23.13 — almost six seconds better than her seed time — to place fourth in the girls’ 100-yard breaststroke, which swimwv.com projects as the 22nd best time in the state overall.

In relay events, the top two finishers from each region automatically qualify for the state meet for a total of eight automatic qualifiers. The relay teams with the next best 10 times across all four regions then qualify as at-large qualifiers, giving each relay event a total of 18 state qualifiers.

Jefferson swept both the boys’ and girls’ Region 2 team championships, with the girls’ team edging Fairmont Senior by the aforementioned half point and the boys’ squad besting runners-up Washington 143-119. On the girls’ side, Washington (81.5), Musselman (63) and Spring Mills (58) rounded out the Top 5 behind Jefferson and Fairmont Senior. For the boys, Spring Mills (78), Musselman (48) and Hedgesville (45) finished 3-5 behind Jefferson and Washington.

Fairmont Senior’s boys finished in 10th with four points to go with the girls’ runner-up finish. East Fairmont finished 9th in the girls’ standings with 15 points and 7th in the boys’ with 17 points. North Marion scored two points in the boys’ meet to finish 11th and didn’t score in the girls’ meet.

Each of three county teams had individuals/relays score in the regional meet with place finishes but not qualify for states.

Fairmont Senior had another two individuals and a relay team earn place finishes outside of its state-qualifying quartet.

For the girls’ team, Vivan Moore finished 7th in the 100-yard breaststroke to score, while the 200-yard medley relay team of Nevaeh Premo, Kiley Harmon, Vivian Moore and Stella Episcopo finished 8th to place as well. On the boys’ side, Kirt Drennen did all of the scoring for the Polar Bears with a pair of place finishes. He came in 6th overall in the 500-yard freestyle and also finished 8th in the 100-yard breaststroke.