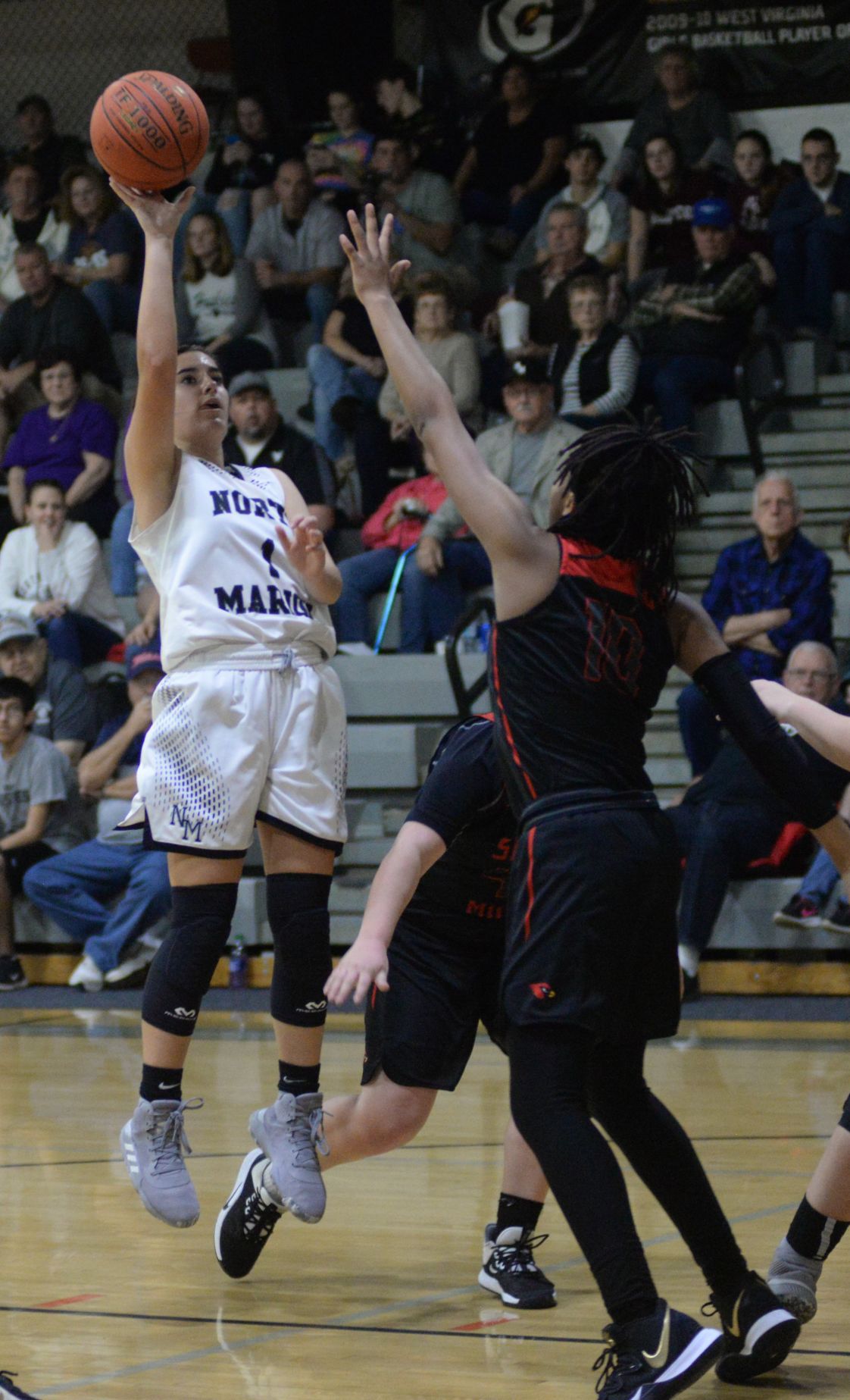 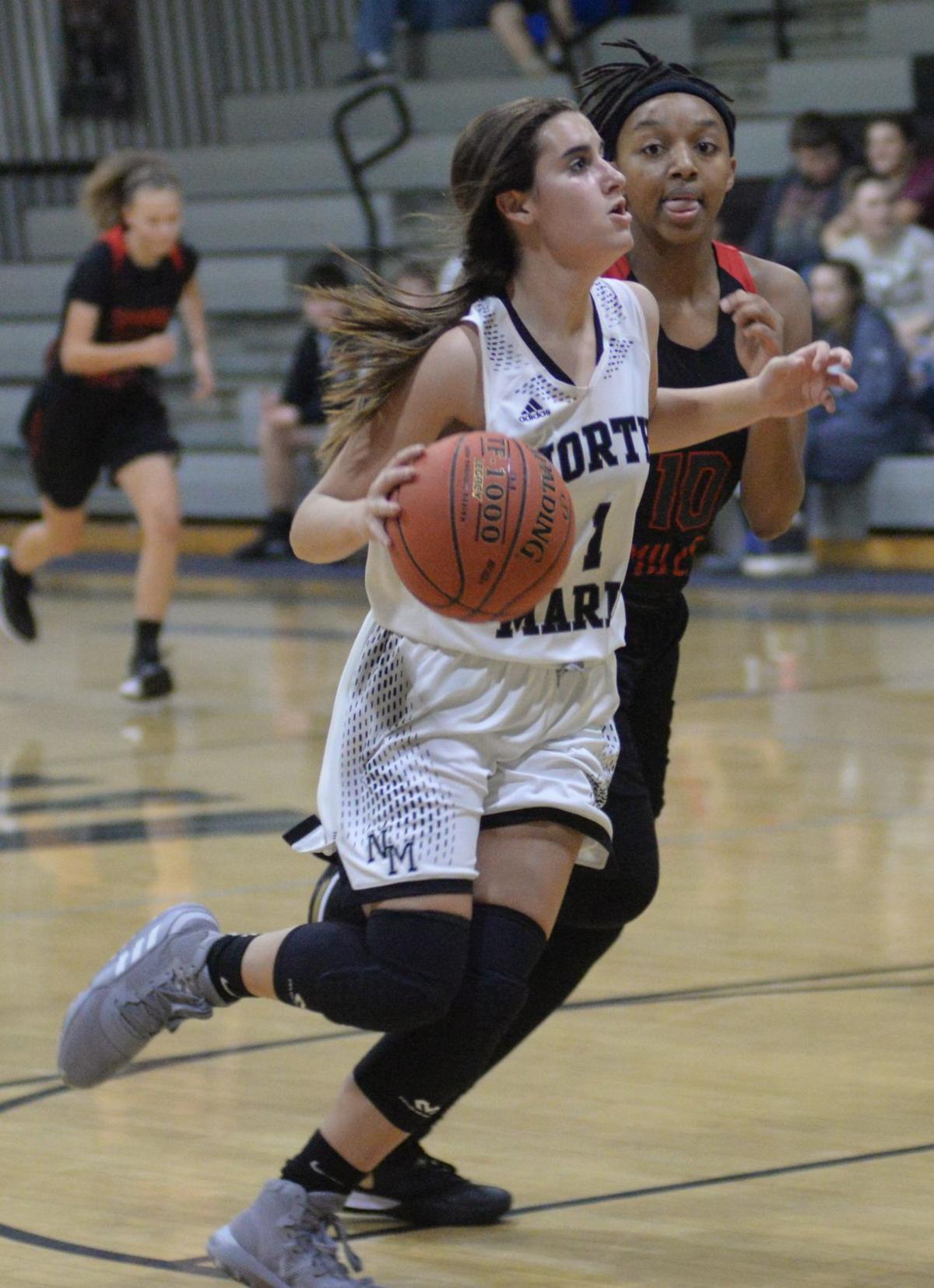 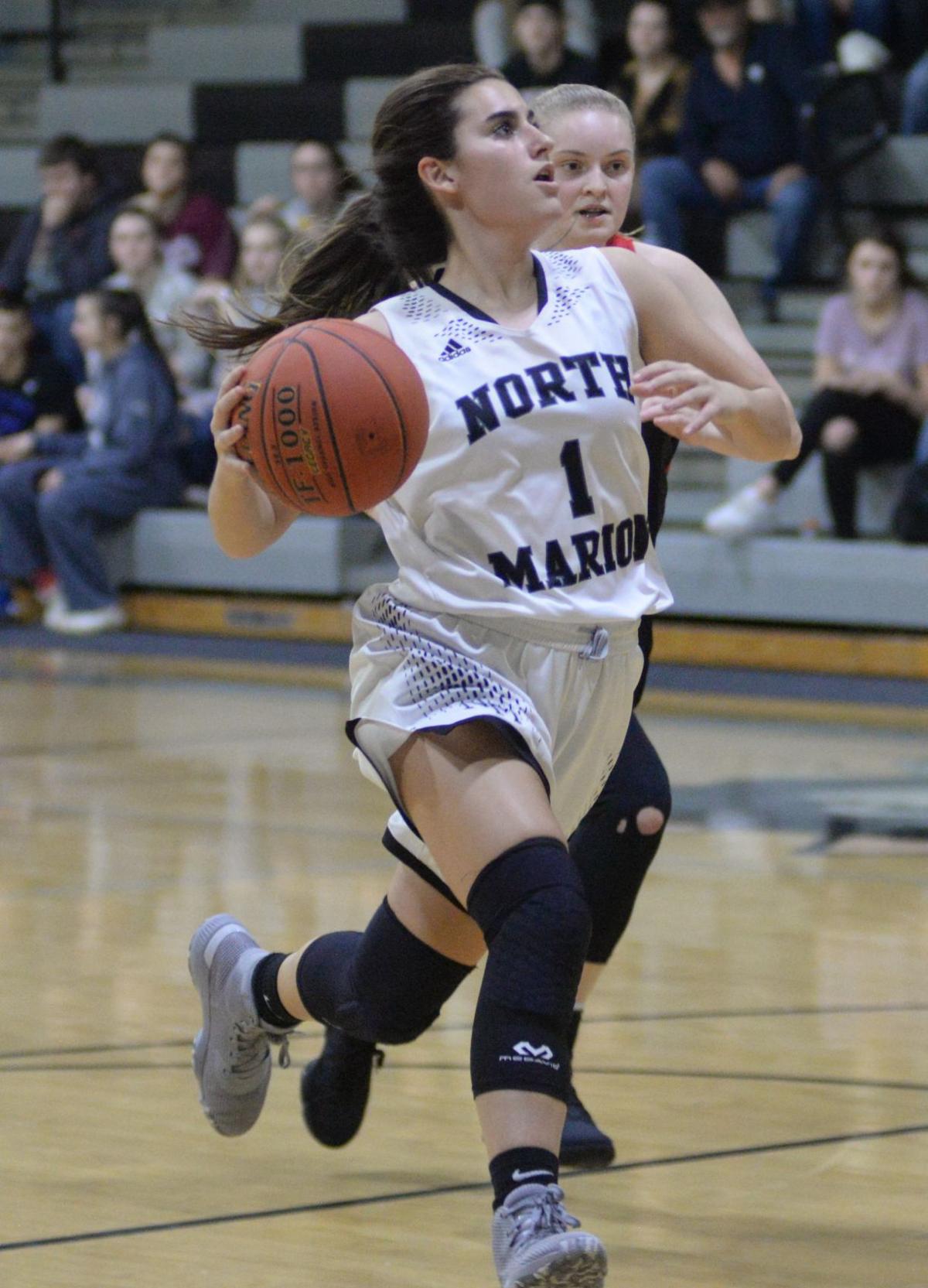 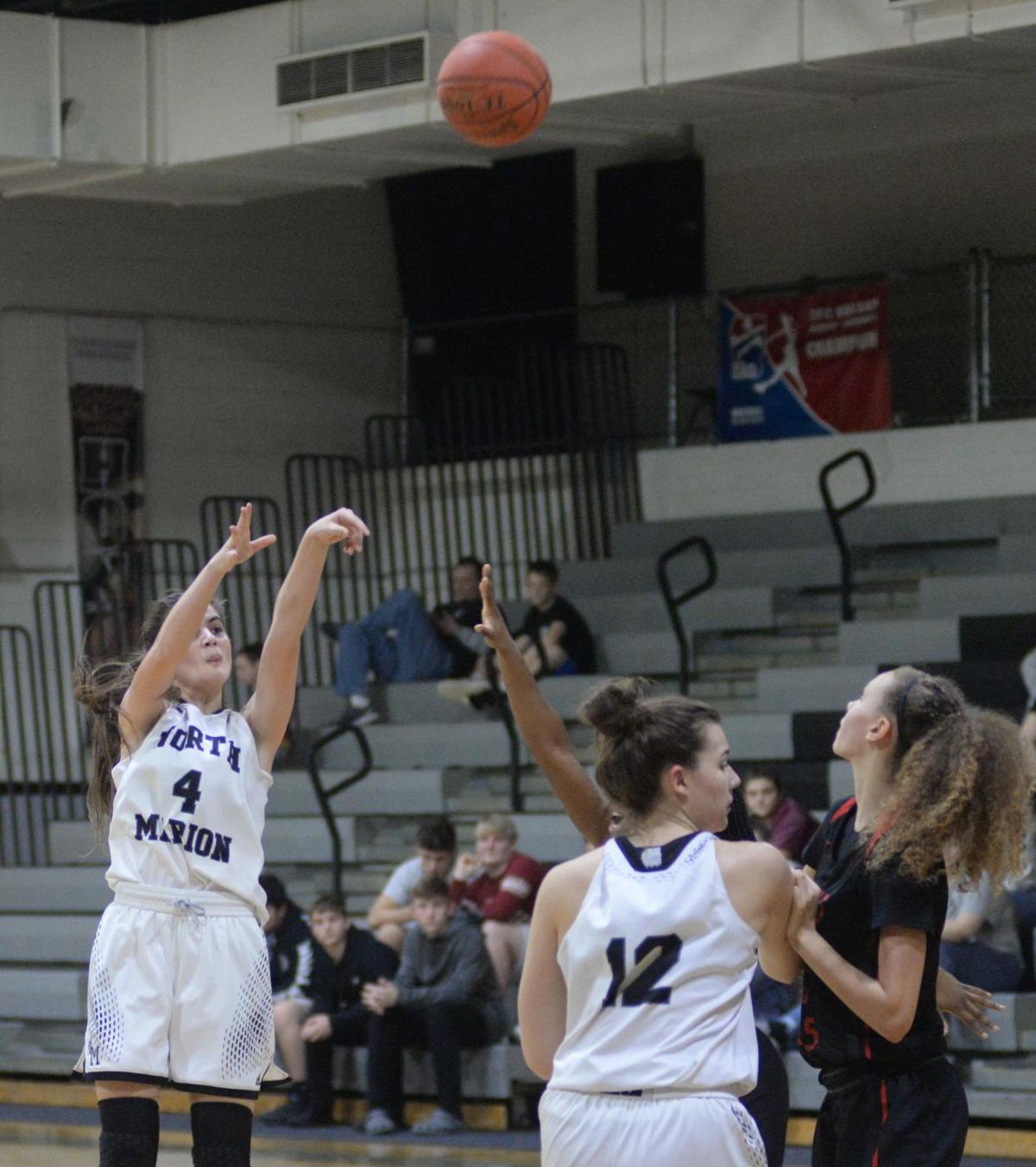 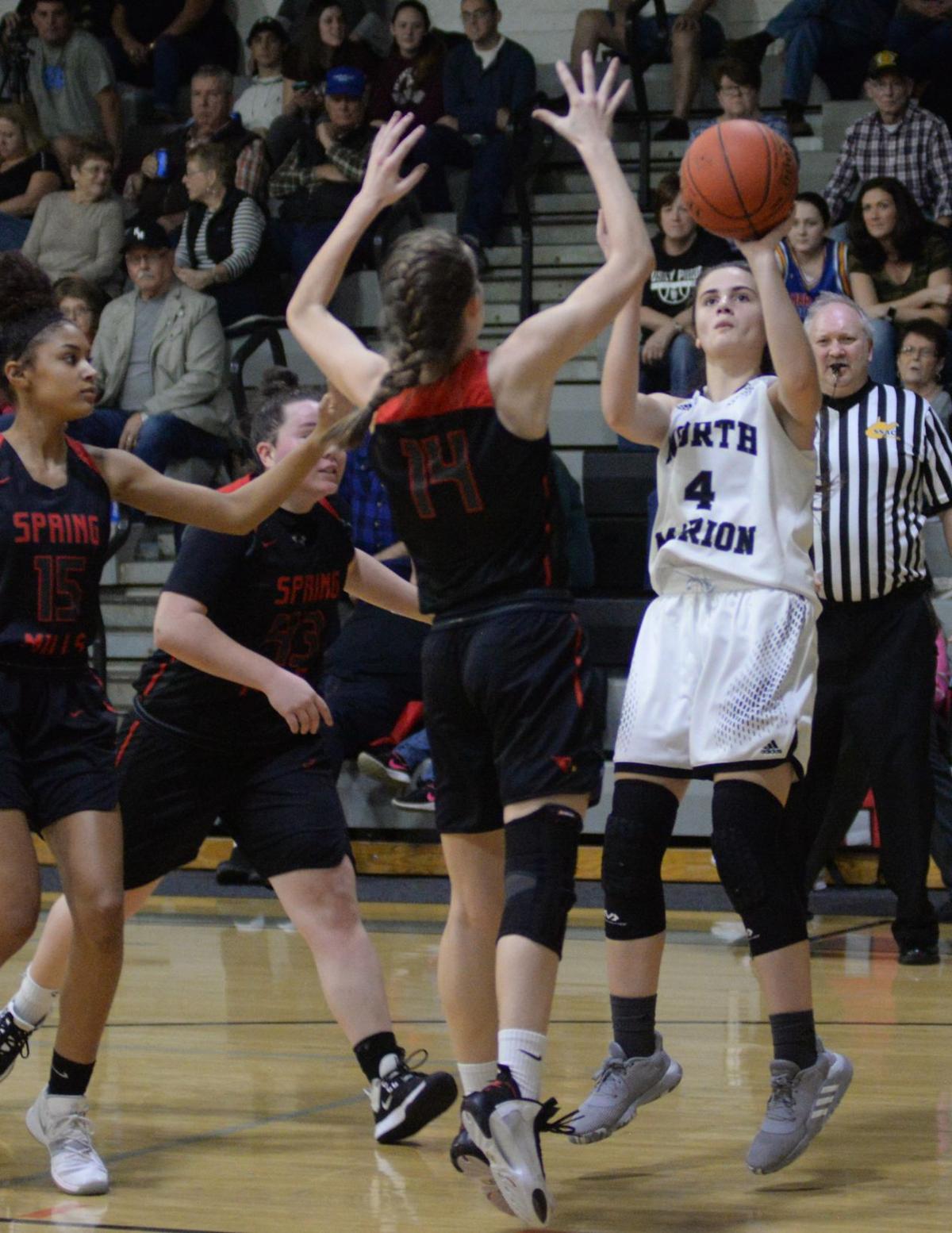 North Marion's Olivia Toland pulls up for a jumper in front of Spring Mills' Taylor McIntyre. 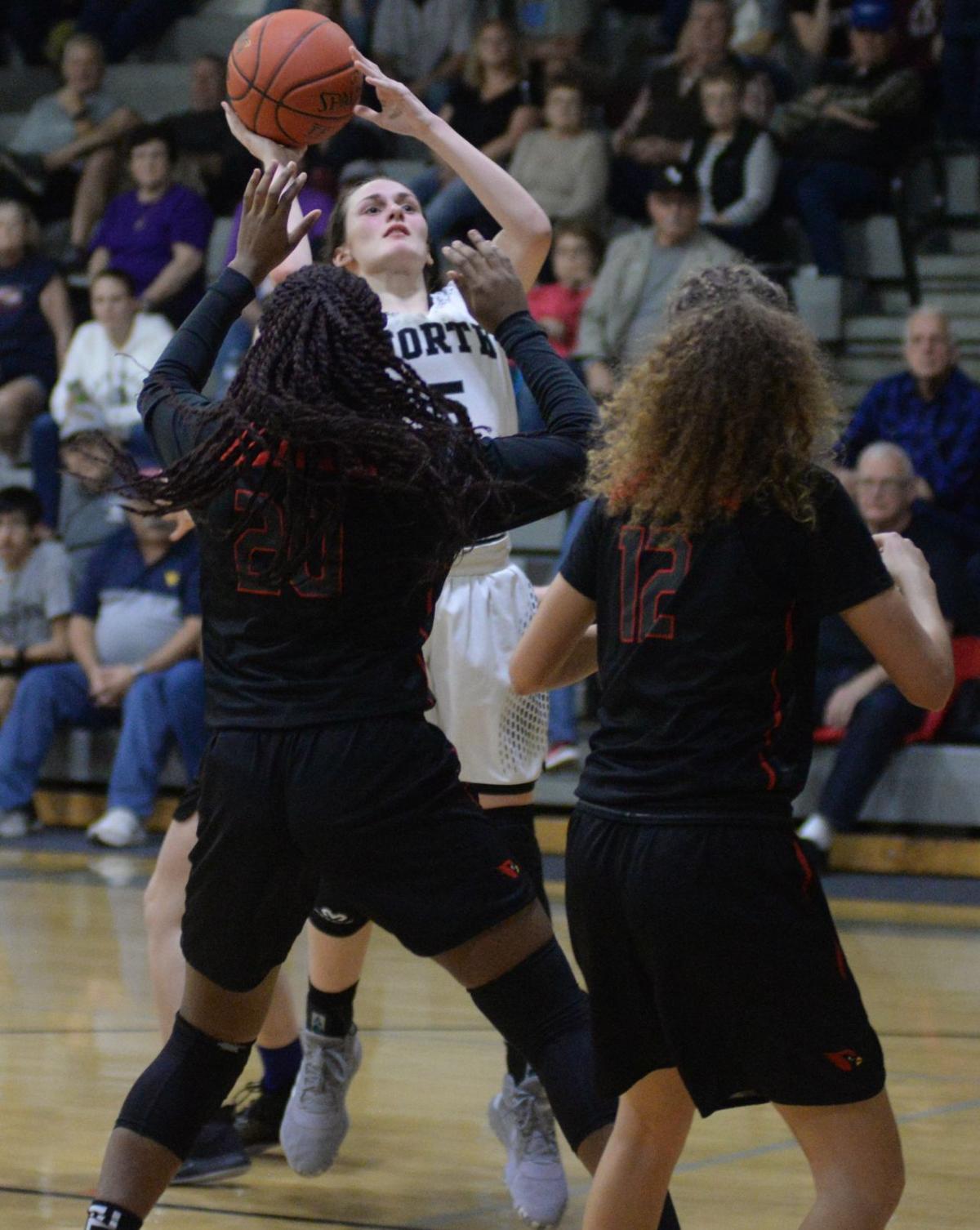 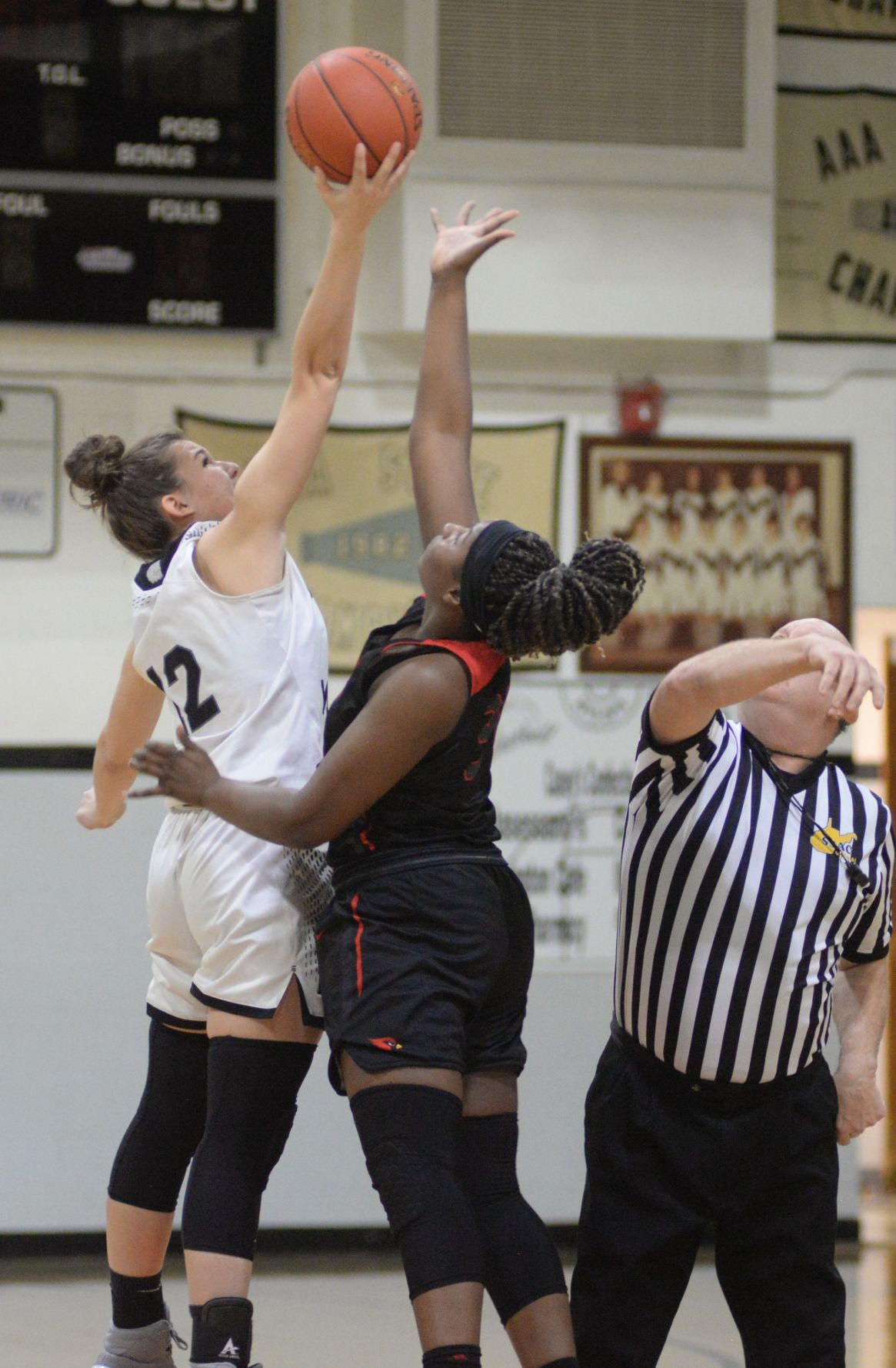 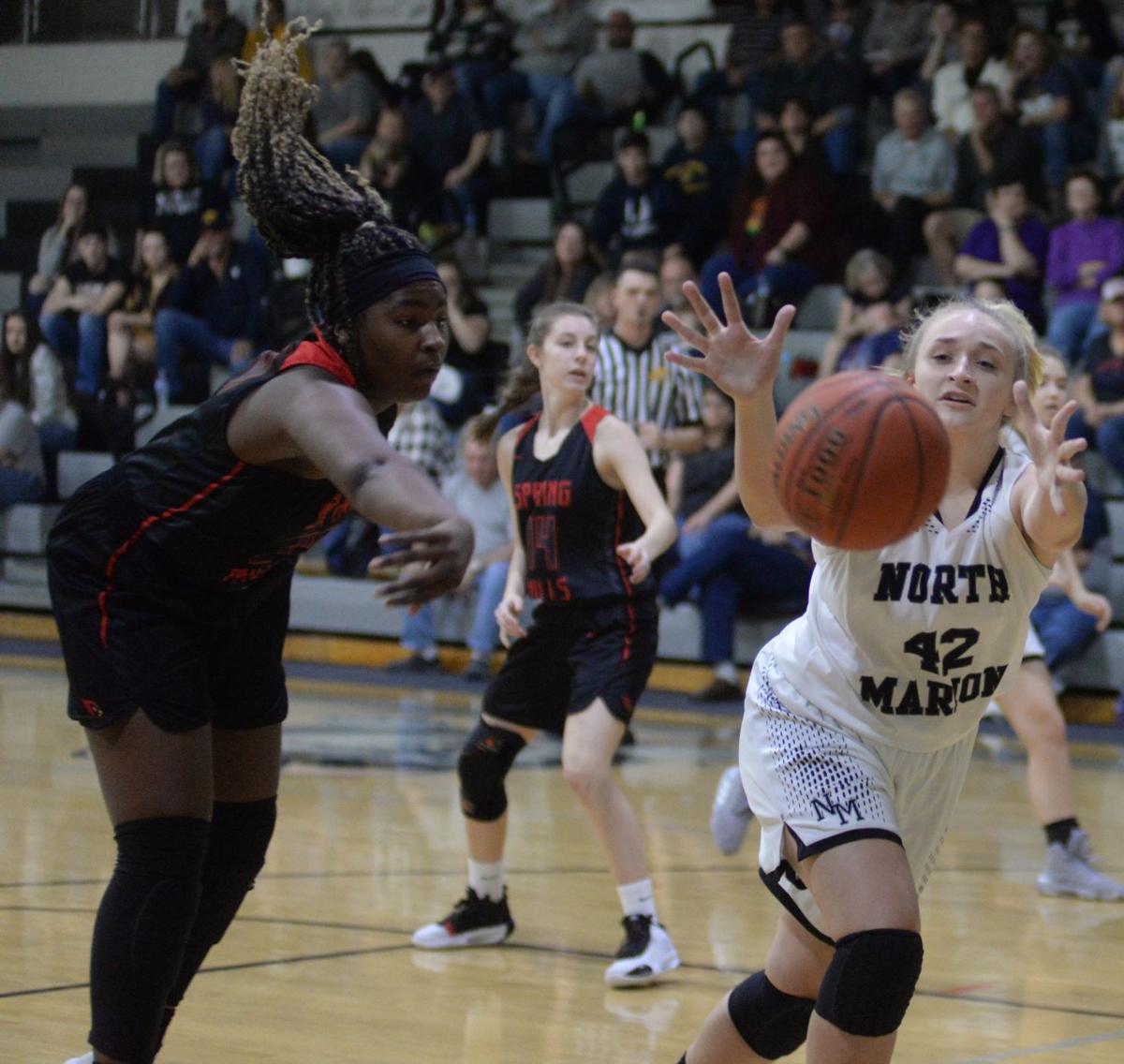 North Marion's Olivia Toland pulls up for a jumper in front of Spring Mills' Taylor McIntyre.

RACHEL — She’s always had the initials to match NBA superstar Kevin Durant, and on Saturday versus Spring Mills, North Marion junior guard Karlie Denham also cooked up the type of scoring outburst synonymous with the future Hall of Famer.

“She has her spells like that, we just have to get her more consistent at it,” North Marion coach Mike Parrish said of Denham. “It was good to that out of her today.”

“We knew what we had to do and we just came out ready to play,” said Denham, who went 8-of-13 from the field in the first quarter and shot 9-of-16 for the game. “The first couple plays we got in a groove and we were like, ‘OK, this is going to be a good half.’”

From the opening tip, North Marion summoned an avalanche of shot-making, brisk ball movement, and frenetic defensive pressure that could match the full force of any other team in the state and straight-up flatten most. The Huskies shot 10-of-20 from the field, including 5-of-10 from 3, forced seven turnovers and held the Cardinals to 2-of-12 shooting in the opening quarter to roll up a whopping 27-4 lead.

“When we’re shooting like that, we’re pretty good,” said Parrish, whose top-ranked Huskies moved to 9-0 on the season. “We just have to find a way to do that all the time.”

The NMHS surge continued into the second quarter, with the Huskies allowing just two field goals in the game’s first 14 minutes and 45 seconds to take a 43-7 lead with just over a minute until the half.

“We were moving the ball better and we hit open shots,” Parrish said. “It makes the game easier when shots are falling.”

Along with Denham’s full line of 24 points, five rebounds, three assists and three steals, freshman forward Olivia Toland poured in 21 points with three rebounds and three steals, and senior guard Taylor Buonamici essentially did everything but score as she dished a game-high seven assists to go with six rebounds, four steals while scoring six points on 2-of-5 shooting. Kiley Brown hit a pair of 3s for the Huskies and Katlyn Carson nabbed a team-best seven rebounds

With Buonamici dissecting the Cardinals via her full palette — grab-and-go fastbreaks, cross-court whip passes, smooth drop-off dimes and a bevy of defensive deflections — Denham took hold of the scoring load.

Denham scored on back-to-back layups off feeds from Buonamici in the opening minute and then nabbed her own pick-six steal for another layup. A third Buonamici setup got her her first 3 of the afternoon and then she canned her second moments later off a Toland assist. After scoring another deuce and burying her third trey, Denham was engulfed in full flame as she scored 17 of North’s first 22 points.

A Mackenzie Harbert 3 via a Buonamici assist interrupted Denham’s solo scoring spree, but she put in one last bucket before the first quarter horn following a steal and assist from Buonamici.

For the game, North Marion hit 12 3-pointers and had 10 players score in the game.