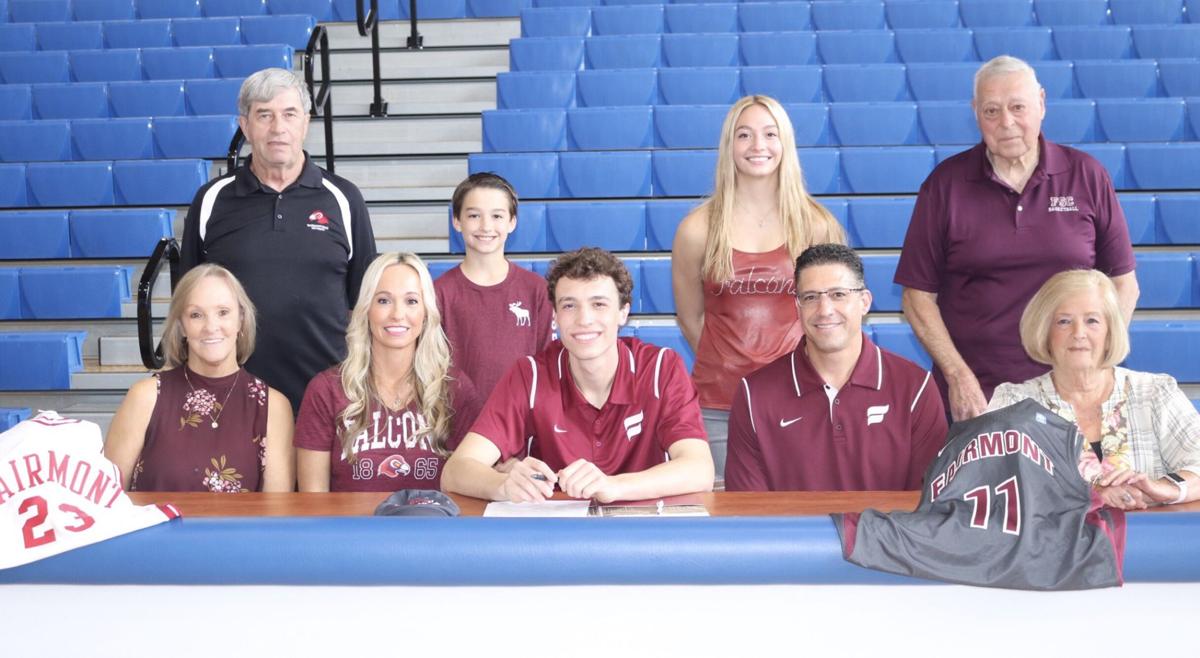 Trey Washenitz, surrounded by family, signs his letter of intent to Fairmont State, 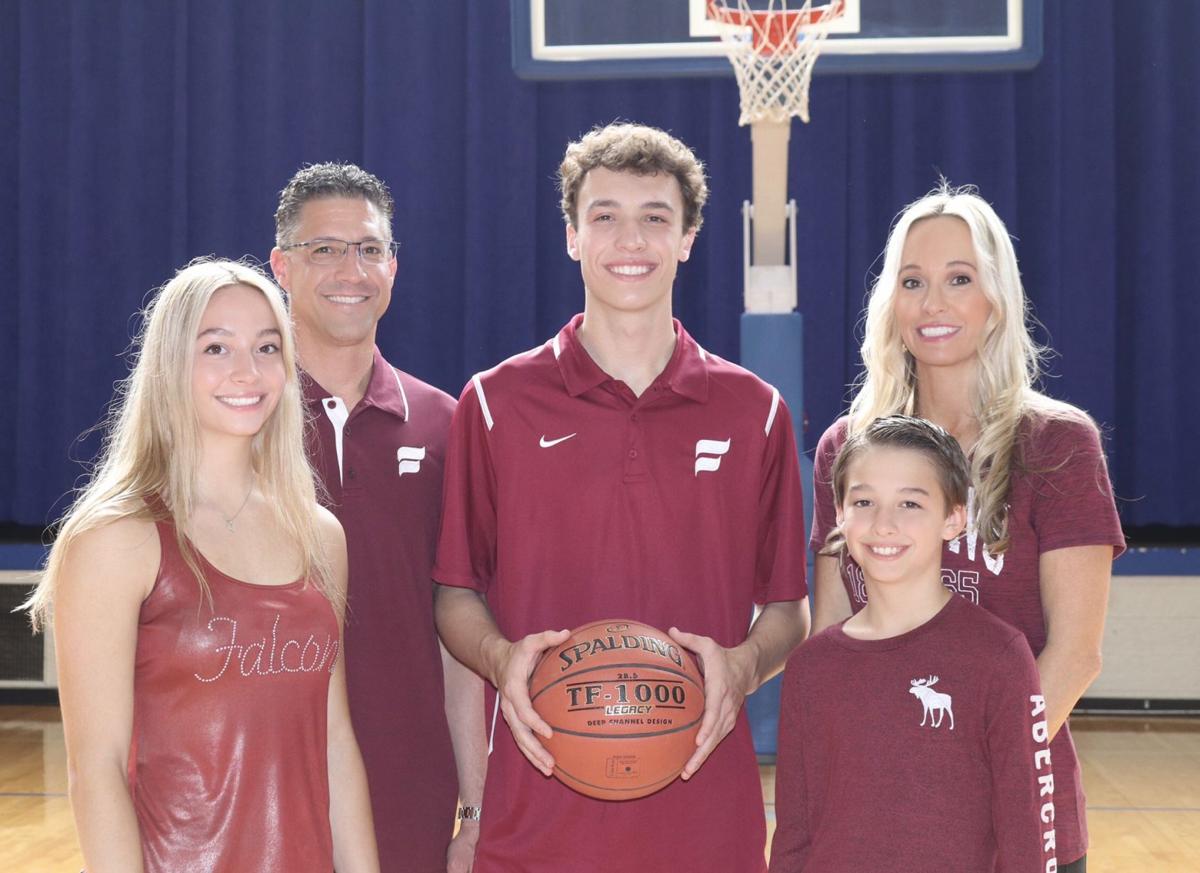 Trey Washenitz poses with his family in Fairmont State regalia.

“I’ve grown up around Fairmont State my entire life. I went from watching games there when I was little to watching them just a year ago, and now I get the chance to play on the same floor my mom and dad played on. It’s really moving, and a really great opportunity."

FAIRMONT — Fairmont Senior High hoopster Trey Washenitz is ready to follow in his parents’ footsteps as he prepares to take his athletic career to the next level.

On Friday, Washenitz signed a National Letter of Intent to play basketball at Fairmont State where both his father, Frank, and mother, Terri, previously played college ball.

“I’m very grateful for the opportunity to be able to play at the collegiate level, and just playing at Fairmont State, it is one of the top schools in West Virginia,” Washenitz said.

“He has a great opportunity to further his basketball career as well as his education at Fairmont State. It’s important for a kid to have the right fit, and if this is the right fit for him, that’s a wonderful opportunity,” said David Retton, Fairmont Senior head coach.

The Washenitz family has remained involved with the university in the years since they were students, and Trey is no stranger to watching the basketball program at the school — even more so than most in the Fairmont community.

Now, he’s relishes the opportunity to join the program which he has so long admired as a young athlete, and to play on the same court that his parents and numerous community legends have occupied.

“I’ve grown up around Fairmont State my entire life. I went from watching games there when I was little to watching them just a year ago, and now I get the chance to play on the same floor my mom and dad played on. It’s really moving, and a really great opportunity,” he said.

Retton expects Washenitz will add a valuable work ethic and driven but positive attitude to the program, which he believes will open a pathway to success for his former player underneath the current coaching staff at Fairmont State.

“He’s an extremely hard worker, and when you have a kid who is as hard of a worker as he is, you can’t put a price tag or numerical value on that. He has a desire to improve and get better, and when you look at those two factors alongside what his goals are, it’s hard to tell what all he can do at Fairmont State,” he said.

Washenitz has always been average or above when it comes to height and size at most levels of the game he has played, which has allowed him to contribute in the post for most of his career — but moving to the collegiate game at 6’5, he knows that is about to change once he joins his new home, and expects to transition to more of a wing player.

“At Fairmont, they have a lot of guards, and they’re downsizing their bigs and have recruited a lot of bigs these next few years. I just need to get in the weight room and get as big as I can to compete with everyone, and just continue to work on shooting the ball. I think it will all play out,” he said.

“In high school I had a lot of great teams, and great players who went on to play at major colleges. I think playing against them, playing different positions against them, will help my transition to the college level.”

Retton said the change will likely be difficult and is completely different than what he has taught Washenitz as a part of the program at Fairmont Senior — but he believes the staff at Fairmont State will have the knowledge to help him make the transition, and that Washenitz has the tools to adapt.

“I’m sure their coaching staff will give him the right skill set to put him in a position to be successful in the program. He’ll have a great opportunity and I’m sure he’ll work to be a great addition to the program.”