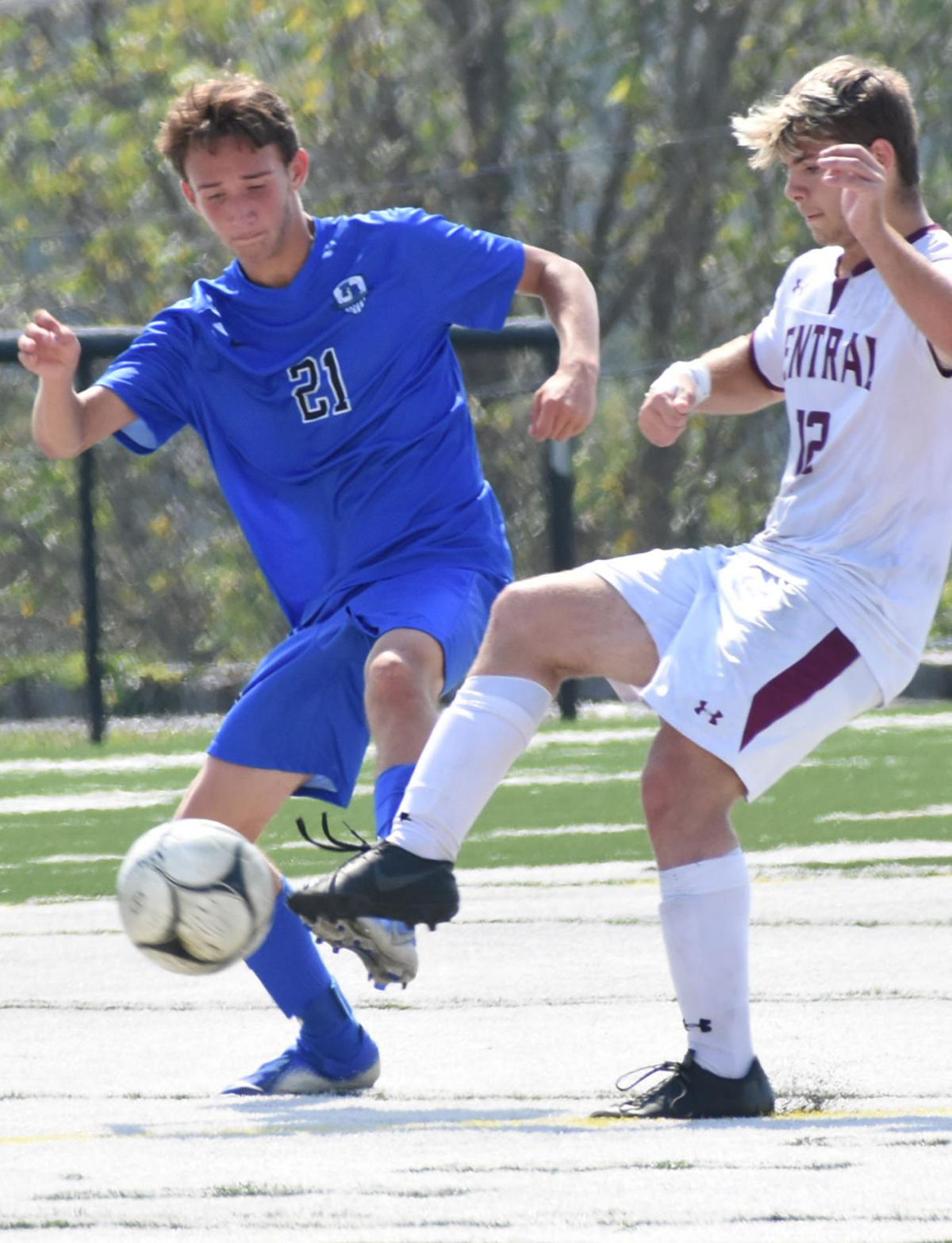 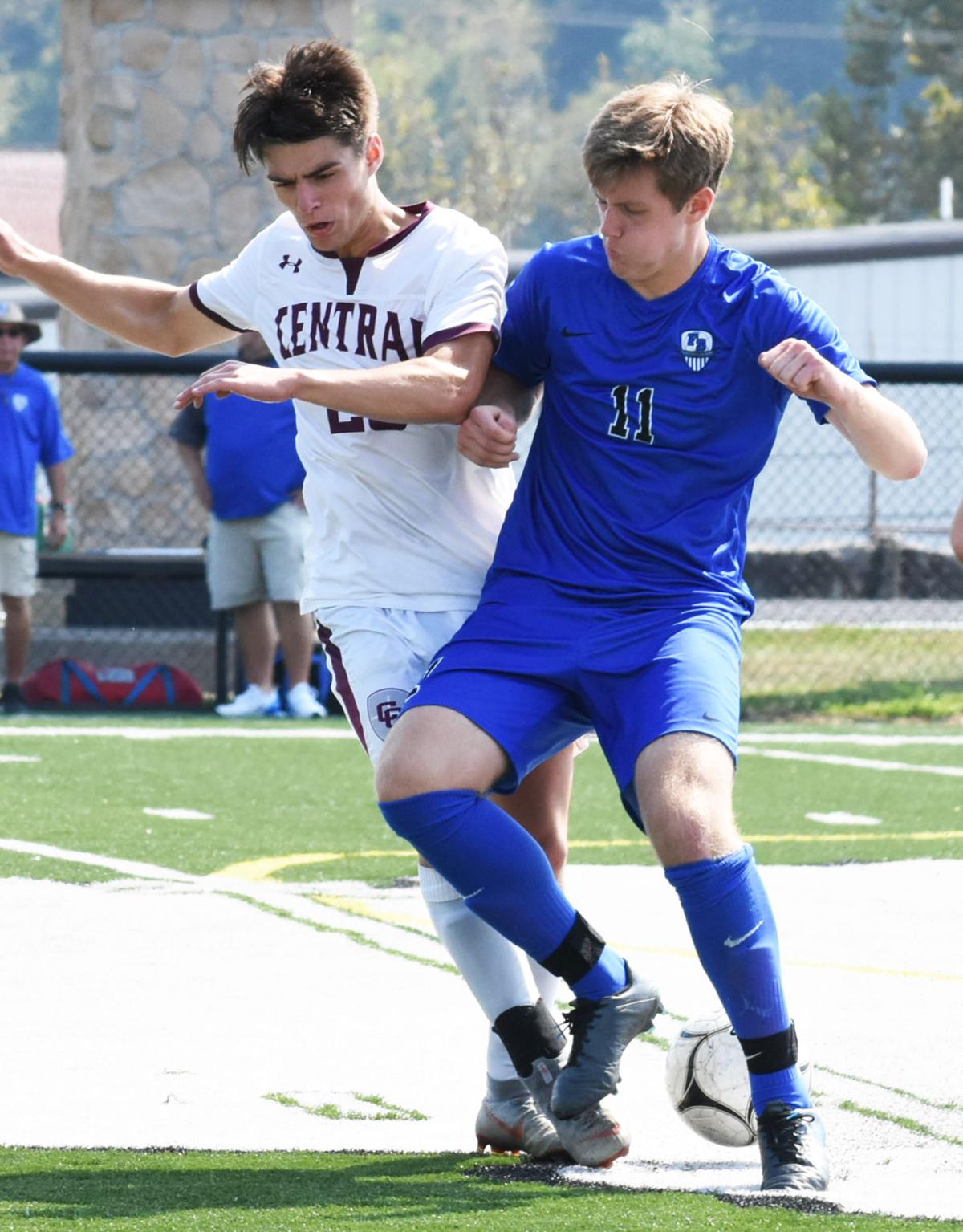 FAIRMONT — They’ll all tab Isaac Branch as the loudest of the group. Branch, himself, will concede he’s a bit envious of fellow centerback Seth Stilgenbauer’s hallmark slide tackles. And junior outside defender Cale Beatty understands full well stern commands from either Branch or Stilgenbauer that come his way aren’t personal attacks, but genuine assistance.

If there’s a singular element Fairmont Senior High’s ironclad backline of Branch, Stilgenbauer, Beatty and sophomore Carson Mundell touts as their greatest blessing, it’s their familiarity with one another.

“You need chemistry in your backline,” said Branch, a junior captain at centerback for the Polar Bears. “You need to know how to work off each other and how to cover for each other.”

That term “chemistry” is the ultimate buzzword for a backline on the pitch, almost as if muttering it alone will turn a defense into soccer’s version of the Steel Curtain.

For the Polar Bears, however, it’s simply the easiest descriptor of a unit — which also includes senior goalkeeper Angelo Sabatino — that’s blended itself into almost a single entity after a dozen months now of playing alongside one another, first with their club team Mountaineer United and now with the Polar Bears.

The quintet won a state championship with Mountaineer United on the club circuit, and this weekend they’ll return to the very same field where they hoisted that trophy with eyes on another as Fairmont Senior begins play in the Class AA state tournament in Beckley on Friday against Winfield.

“I read a lot about team chemistry (this offseason) and looked at what coaches have done in building a great defense or building a great offensive line,” said Fairmont Senior coach Darrin Paul, “and the constant theme in all of it was identity. Those five guys, their goal was to keep every team we played to one goal or less. Before we go on the field every game, we bring the defense together and we say, ‘We want to be the best defense in the state tonight.’”

That No. 1 defensive status isn’t hyperbole from Paul, it’s a legitimately attainable moniker from a Fairmont Senior backline that, together, can put the clamps on any offense.

Branch is the tactician of the group, a highly technical player with deft foot skills and a propensity for winning balls out of the air with flawless timing. Couple such trademark attributes with expansive range in breaking up attacks and foolproof intangibles, such as his hustle to recover and his lauded communication, and Branch creeps razor close to a soccer purist’s view of a perfect centerback.

“I don’t want to sound like I’m overbragging or anything,” Beatty said, “but Isaac, he’s a really good centerback. Centerbacks talk, but ours talk a lot. Our (club) coach tells us, ‘You should never overcommunicate,’ and Isaac takes that fullest. We talk about as much as possible...the smallest details, everything matters.”

“I learned from my travel coach to always be the loudest player on the field and talk as much I can,” said Branch, who said he isn’t overly chatty in other settings, such as in school or hanging out with friends. “The more people talking, I think the better you are.”

Stilgenbauer is the ideal complement to Branch as the other half of FSHS’s star centerback tandem. He’s the unit’s enforcer, a strong-as-an-ox figure with the guile to hang back and play the angles as the team’s last line of defense in front of Sabatino.

“If you have the attitude to play tough and all that, you don’t always have to have the skill,” Stilgenbauer said. “If you have that mindset, I think it will work itself out.”

Stilgenbauer’s a magnet of ire from opposing fan bases for his unforgiving style of play, with pleas for a foul often reaching their peak when he doles out one of his legendary slide tackles.

“I’m not the fastest guy, so I just have to go for the ball and hope for the best. If I don’t hit it, I’m gonna be in a trouble, but if I get it, it works and it’s pretty cool,” Stilgenbauer said with a laugh. “I haven’t gotten called for (a foul) yet really.”

“Yes you have,” Sabatino interjects, before eventually conceding Stilgenbauer does indeed generally keep his tackles clean.

It’s a gutsy maneuver, one that carries risk of a foul or a blow by, but when Stilgenbauer pulls it off — which he almost always does — the results are shear devastation as it leaves an attack foiled and bodies splayed on the turf in the wake of a violent collision.

“He always times it perfectly,” Branch said of Stilgenbauer’s slide tackles. “Sometimes I can’t time it as well as he does.”

“Isaac is more of our attacking defender and Seth has that defensive mentality; he loves being that last guy in the back before it gets to Angelo,” said Paul. “And then our two outside backs, they’re our speedsters.”

Those outside backs, Beatty and Mundell, are bound to be glossed over time and again in any discussions of the FSHS defense; playing alongside three all-state-caliber players in Branch, Stilgenbauer and Sabatino will have that sort of effect on most players.

But going unnoticed, for the most part, probably means Beatty and Mundell are doing their jobs while navigating the chores of a position that requires both the aggression to challenge ball handlers and the reactionary wherewithal to recover afterward, elements that demand smooth, flexible hips, Beatty said.

“We kind of joke with them that they’re our wild cards,” Paul said. “One game they’ll be playing lights out and the next game you can tell they’re still a little nervous at times.”

“We might have little mess ups, but we always pick each other up,” said Beatty of the backline as a whole. “We might yell at each other sometimes, but we know it’s just to help the other person; we don’t take it as being screamed at, we take it as positive criticism.”

Those high-leverage, sketchy situations will no doubt crop up in volume this weekend at the Class AA-A state tournament, where the Polar Bears are the new kids on the block in a field that otherwise features 2018 returnees in Winfield, Charleston Catholic and Robert C. Byrd.

In fact, with Fairmont Senior returning to the state tournament for the first time since winning it all in 2015, no one on the Polar Bears’ roster has played in a state tourney game. Winfield, Catholic and RCB, meanwhile, combined for seven state tournament appearances and 10 state tournament games from 2016-2018.

“We’re going against three really good teams, so it’s going to take two great defensive efforts to get to where we want to be,” Paul said. “If we make it to the state championship, it’s going to be primarily because of our defense.”