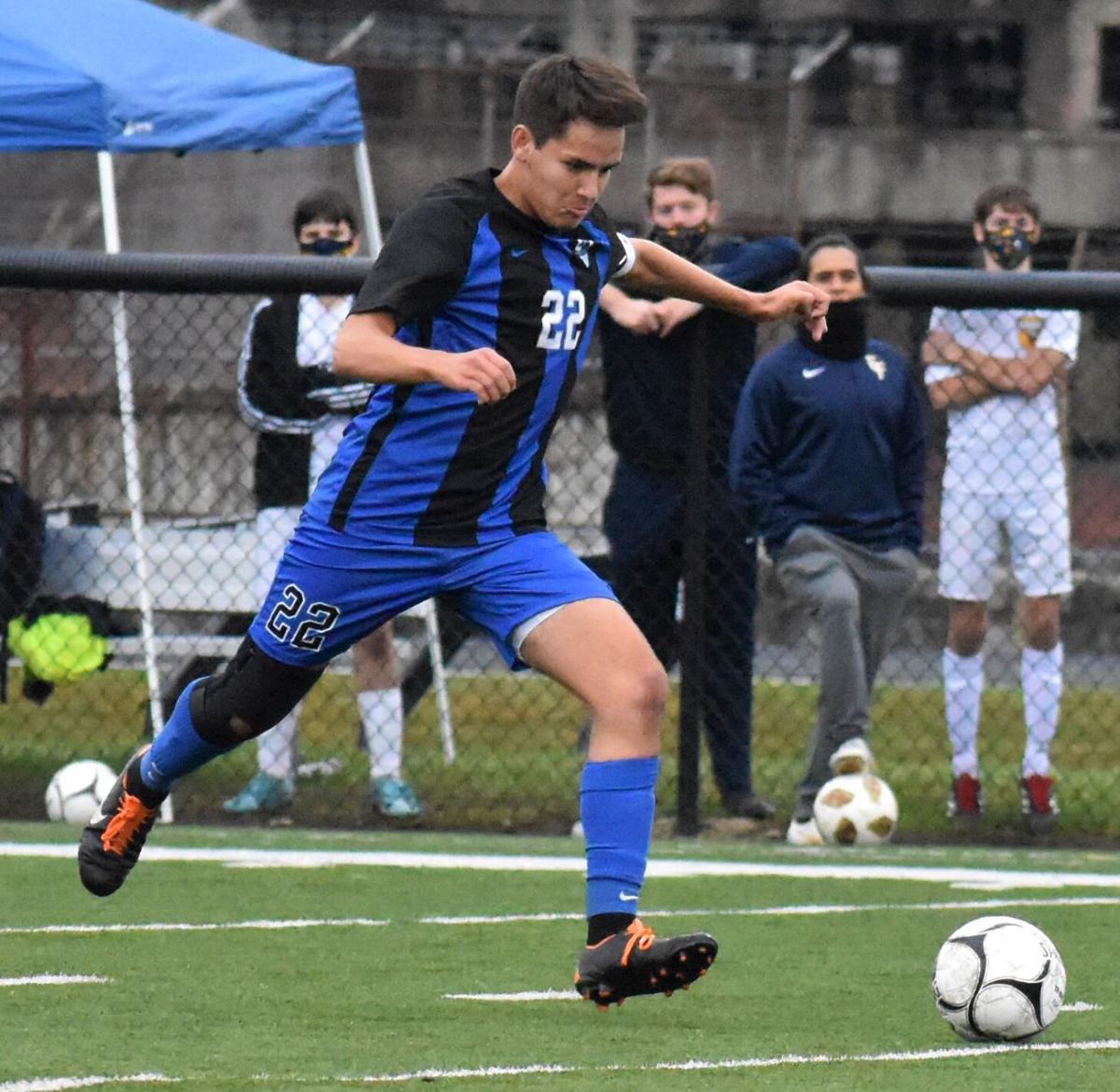 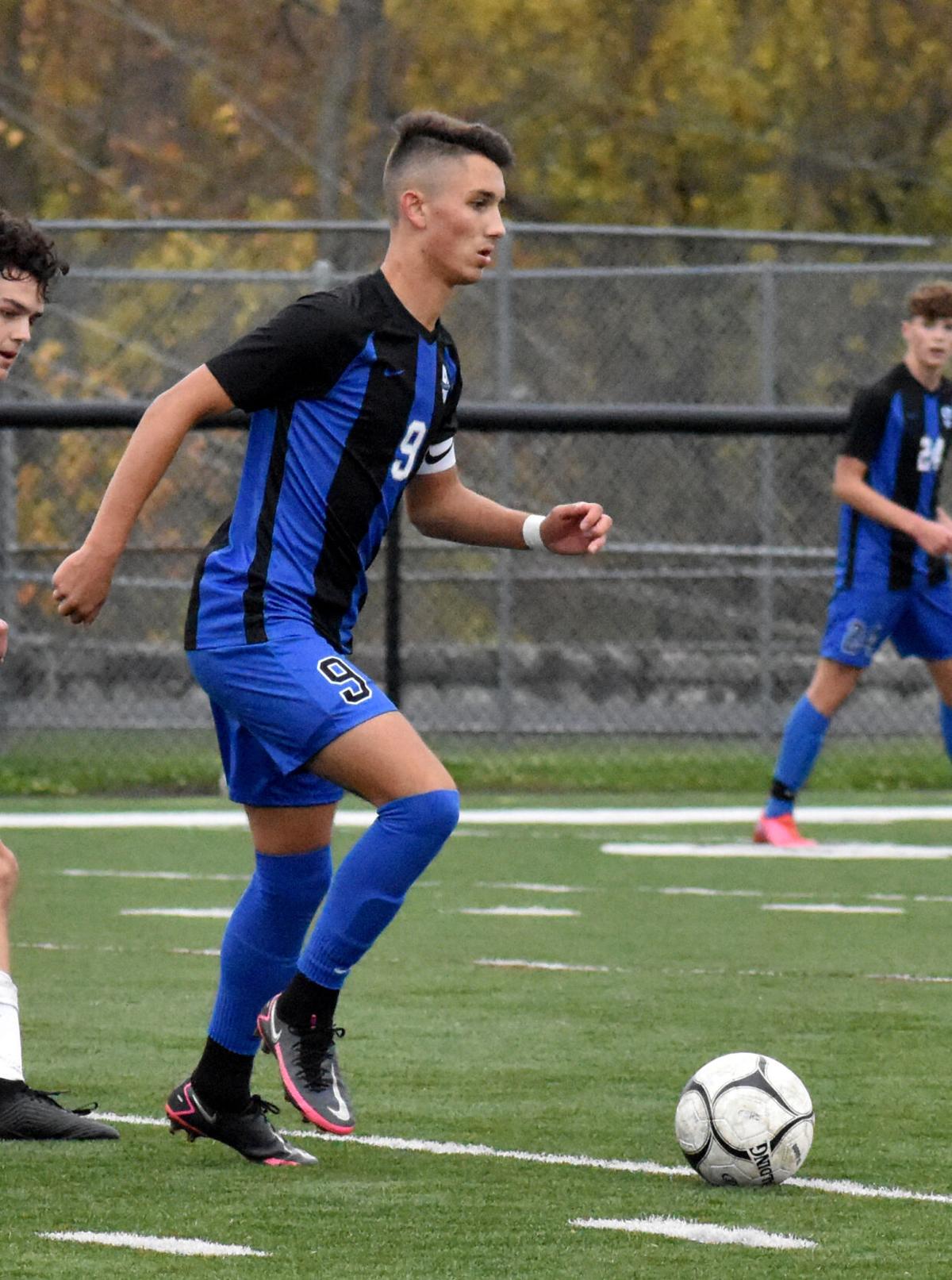 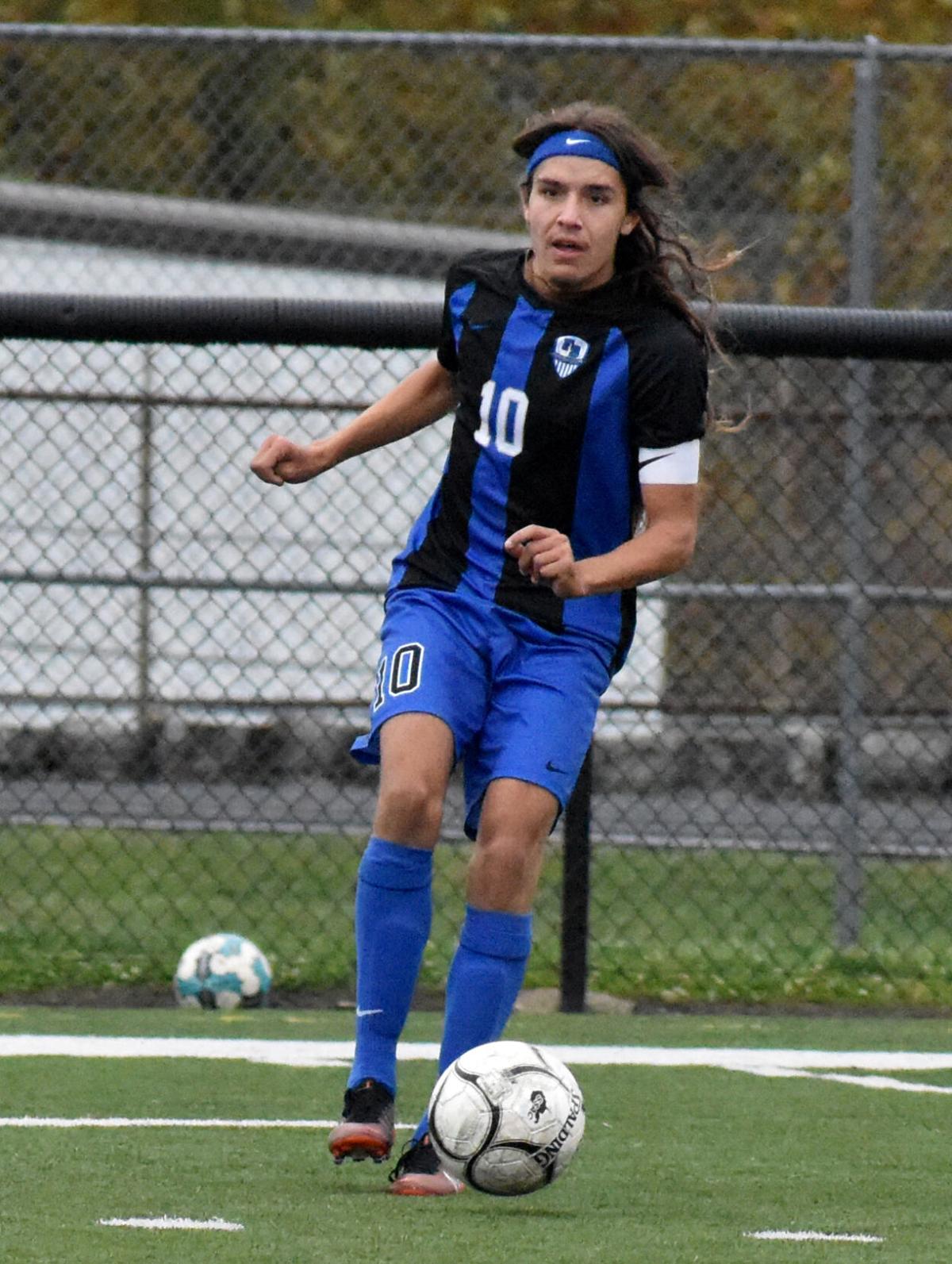 Fairmont Senior’s Jonas Branch has been named the 2020 Times West Virginian Boys Soccer Player of the Year after recording 30 goals and 32 assists while leading the Polar Bears to a repeat state title this fall.

Fairmont Senior’s Jonas Branch has been named the 2020 Times West Virginian Boys Soccer Player of the Year after recording 30 goals and 32 assists while leading the Polar Bears to a repeat state title this fall.

FAIRMONT — All season long as Fairmont Senior relentlessly pursued a repeat Class AA-A state championship, its top-tier talent coalesced into a powerhouse few teams could contend with. The Polar Bears boasted blue-chip stars at every level of its lineup — forwards, midfield, backline — and touted plenty of up-and-comers as valuable support players, and when FSHS head coach Darrin Paul and his staff pieced it altogether within a team system, there was nothing nor no one that could deter Fairmont Senior’s back-to-back bid.

The Polar Bears eventually defeated Charleston Catholic in a come-from-behind 3-2 victory in the Class AA-A state championship to claim a second straight title and validate themselves as a team Saturday in Beckley. Now, it’s time to validate FSHS’s stars as individual players, with a flurry of postseason awards giving the Polar Bears plenty of shine.

“It’s like I’ve said all year, I think we have three of the best players at their positions in Jonas, Bubby and Isaac; they just consistently pick the team up and work very, very well together,” said Paul after the Polar Bears’ state title victory over Charleston Catholic. “They’re just special.”

The trio of the Branch brothers, Jonas and Isaac, and Towns were also all first team selections for each of the all-state, all-region and all-conference teams.

Jonas Branch’s all-state and all-region player of the year honors represent the coda to a legendary career at Fairmont Senior High, one that hit a high note this season with 30 goals and 32 assists.

All year long, Branch was the life force of Fairmont Senior’s possession-based play style and precise offensive attacks. He’s a master at controlling a game and bending it to his will with his nifty ball handling, visionary passing and overall field mapping, and he also packs a ton of punch directly as a scorer. His leg morphed into a freaking ion cannon this season — Branch blasted a couple of long-range cracks in the playoffs, including two in the state title game, that were absolute rockets. He also does all the blue-collar midfield stuff — wins 50/50s, racks up first touches on goal kicks, pressures opposing ball handlers — and his leadership and intangibles qualities are simply incredible. It’s actually insane the degree to which he checks every box as a player.

Jonas’ twin brother, Isaac, exhibited many of the same advanced skills and intangible traits as the leader of Fairmont Senior’s defense en route to state defender of the year honors. He’s a magnet to the ball on free kick and corner kick entries, and he’s as good as there is in playing angles to break up opposing attacks in space. But so much of Branch’s value along the FSHS backline is not what he does on his own as an individual, but what he does to raise the backline’s collective level of play as a unit. He’s a natural communicator, a rarity for a high school player — he’s loud, talkative, direct, and, perhaps most importantly, overwhelmingly positive — and he has a knack for covering up others’ mistakes with ridiculous recovery speed and recognition.

Isaac also played an unusually outsized role within Fairmont Senior’s offense considering his position, as he tallied 10 goals and eight assists on the season, mostly off set pieces.

Towns, meanwhile, may have been the Polar Bears’ most electric singular talent even alongside the Branch brothers en route to Big 10 Player of the Year honors. His technical skills and footwork are otherworldly, making him one of the state’s best solo creators. He piled up a whopping 44 goals while also recording 23 assists, cratering defenses with a lethal combination of speed and shiftiness alongside his pure soccer skills.

The pile of awards collected by the Branch brothers, Towns and Paul were far from Marion County’s only accolades.

Across town, East Fairmont senior star forward Lance Cerullo garnered first team selections on each of the all-state, all-region and all-conference squads to close out his career. Cerullo, a speedster with exceptional technical skills, piled up 29 goals and eight assists despite constant man-marking and game planning from opponents as the Bees’ only consistent scoring threat. The final of those 29 goals this season gave Cerullo 100 for his East Fairmont career.

Outside of each of Fairmont Senior’s Branch brothers and Towns and East Fairmont’s Cerullo, the Polar Bears’ Nate Flower, Kaelen Armstrong and Cale Beatty and the Bees’ Luke Hawranick and Eli Morris also earned various honors.