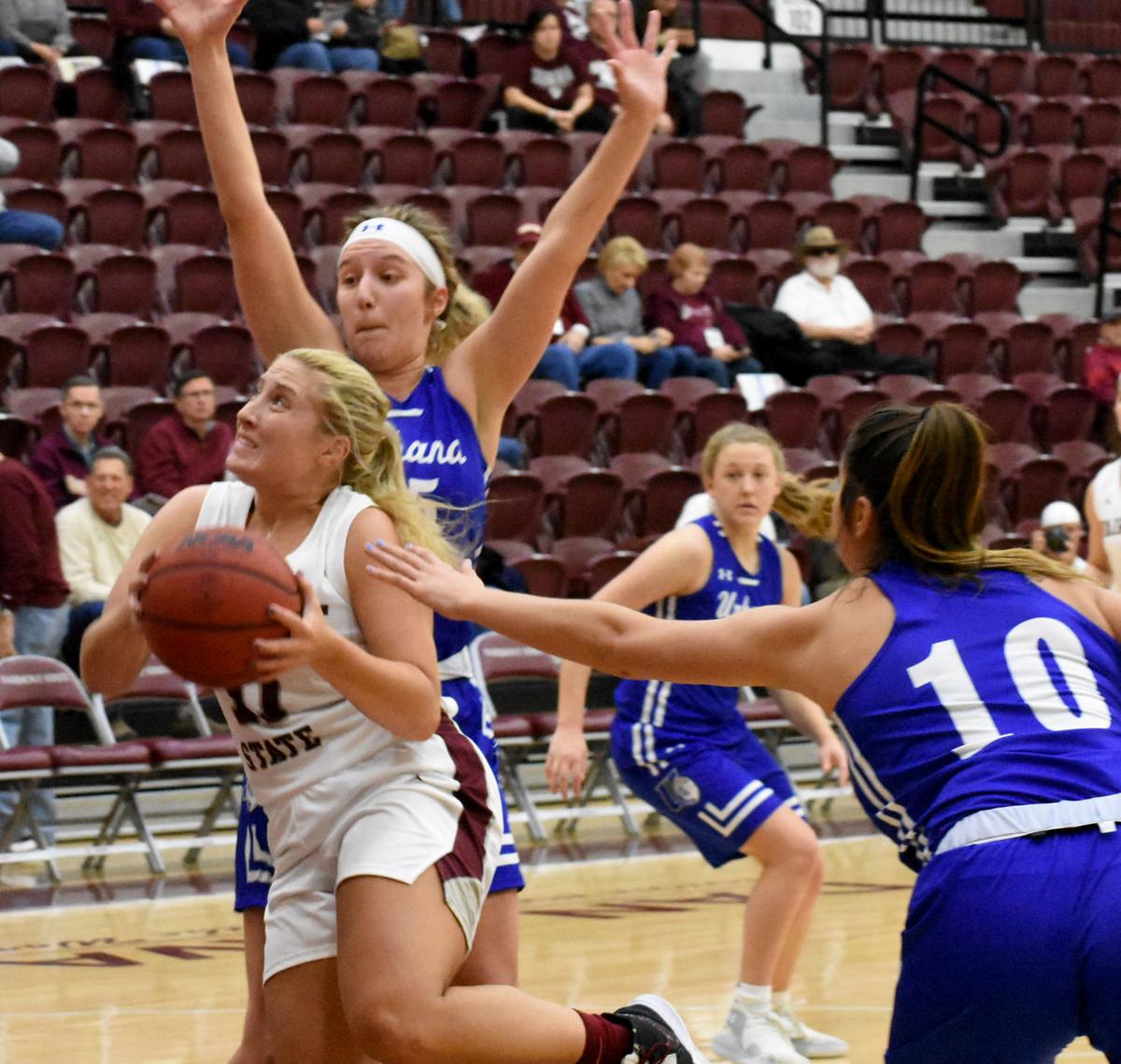 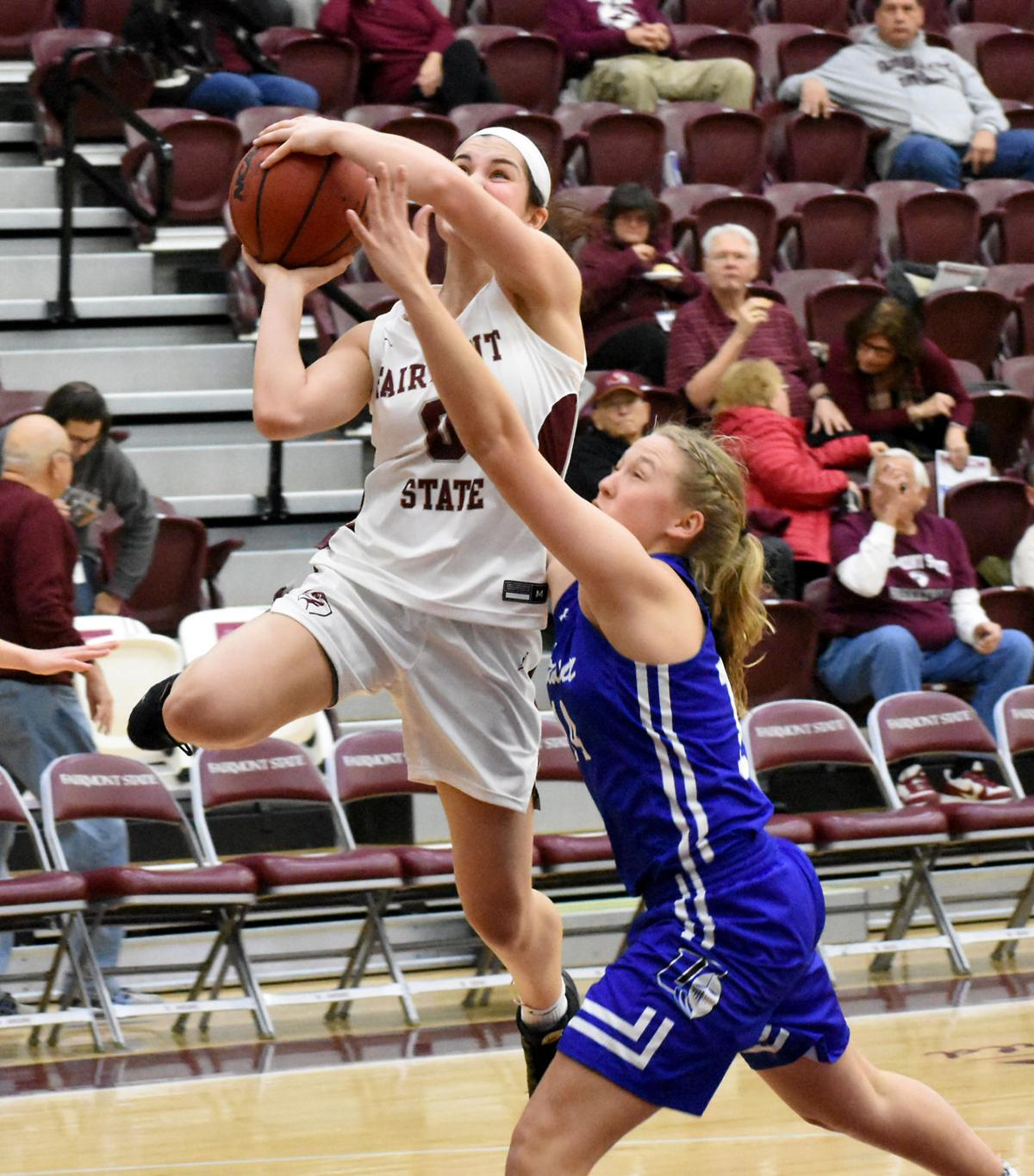 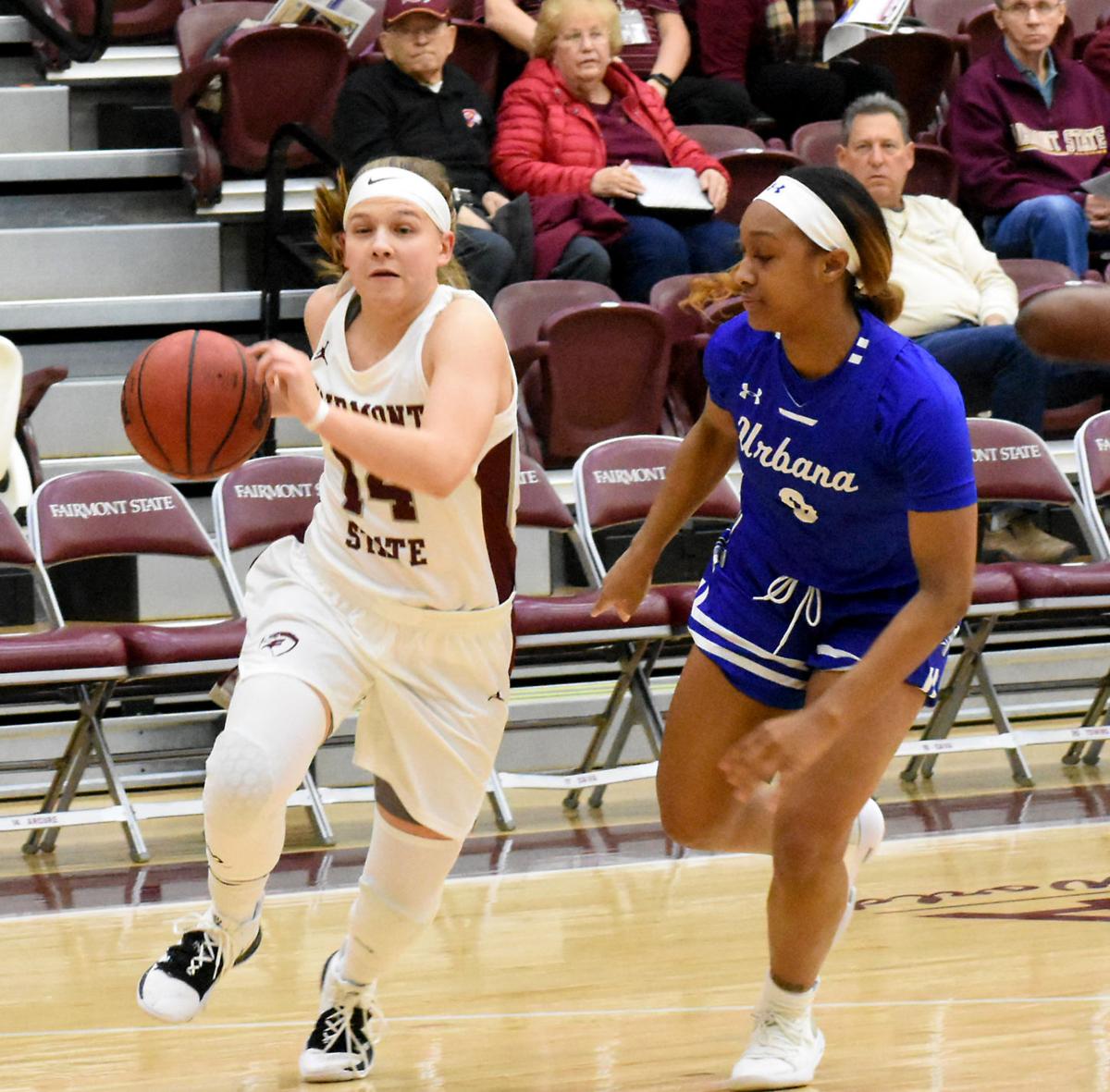 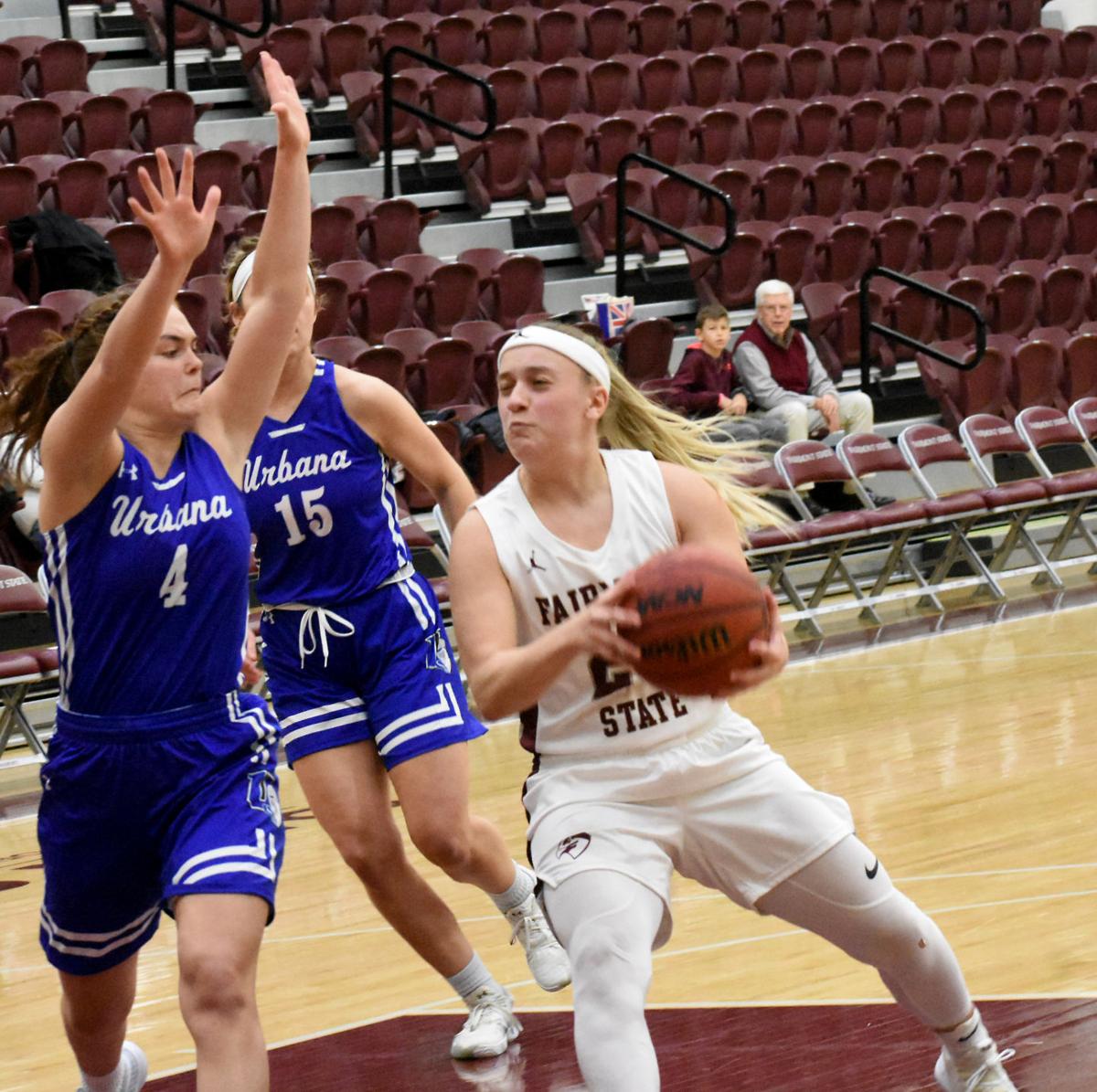 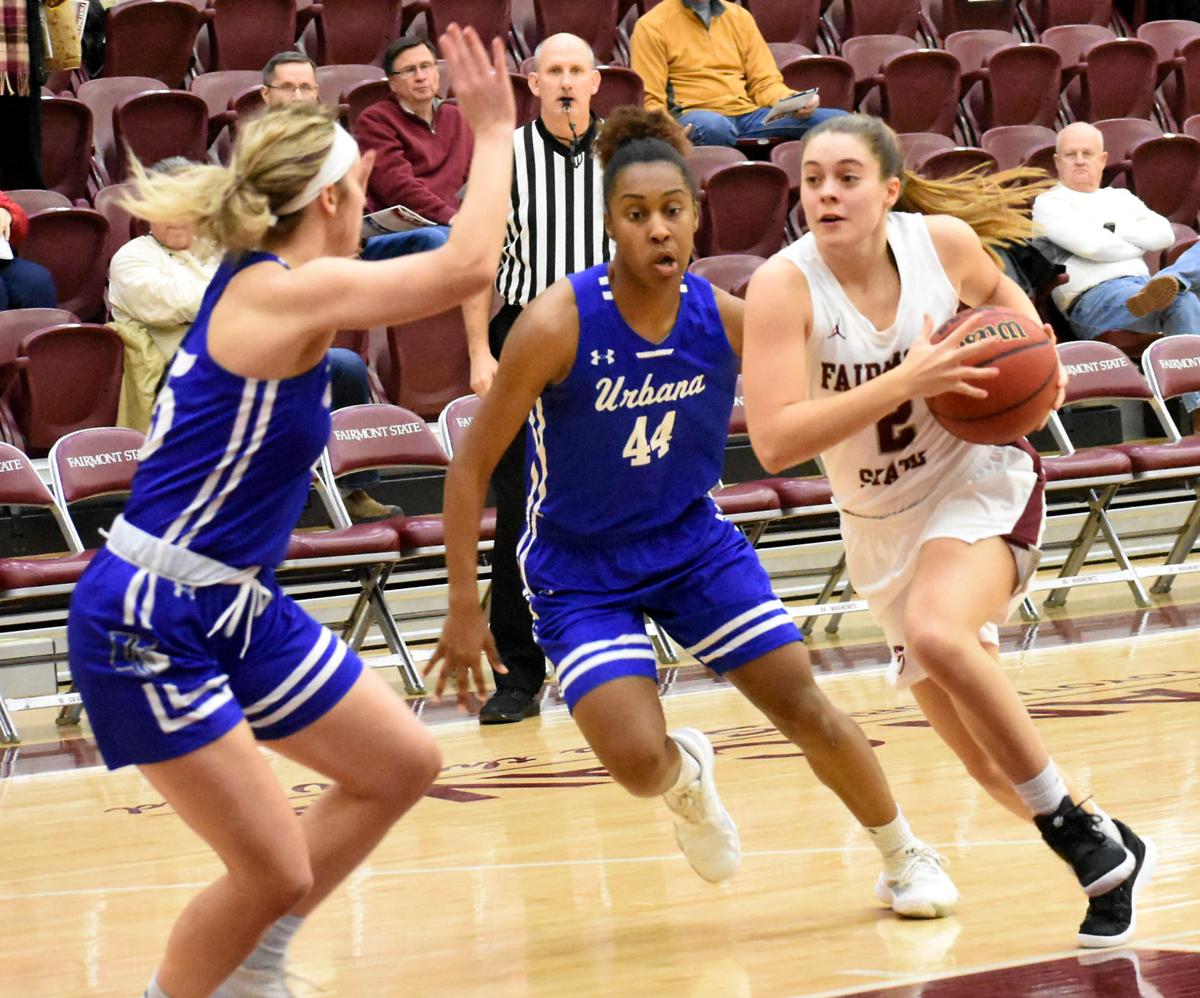 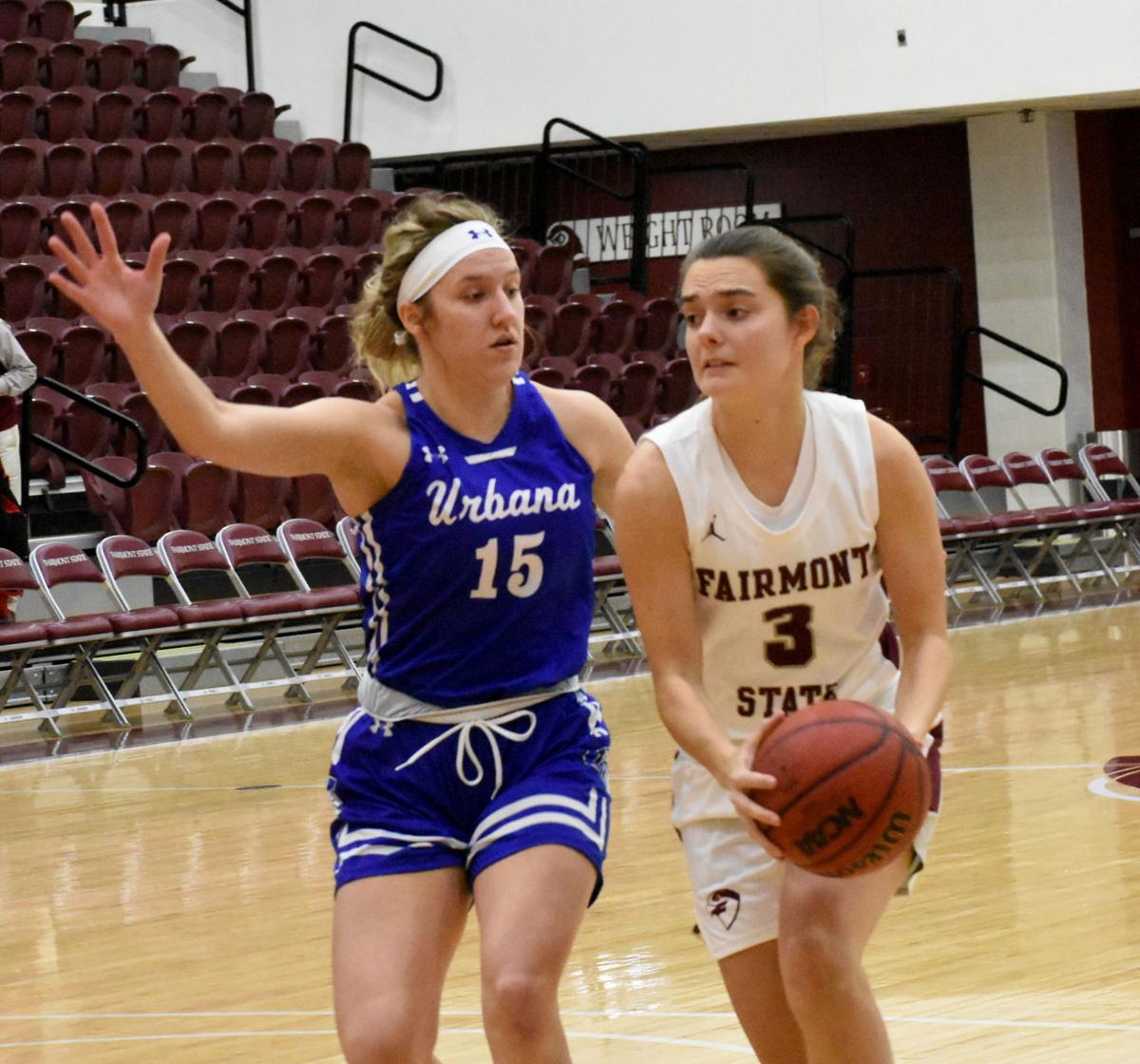 Leading by just seven at the break, Urbana doubled up Fairmont State in the third quarter, 34-17, to take command of the game.

Hudson was 14-of-18 from the field and 8-of-10 from the line to finish with a game-high 36 points. She also pulled down 17 rebounds for the Blue Knights in the win. James added 31 points on 15-of-17 shooting from the field and also notched a double-double with 12 rebounds. UU also got 10 points apiece off the bench from Kasey Knippen and Lexie Wright.

The Blue Knights scored 70 points in the paint on the evening, and also held a 56-28 rebounding advantage.

Sierra Kotchman led the way for Fairmont State with 21 points. Rachel Laskody had 15 and six rebounds, while Kamrin Weimer added 11.

Fairmont State shot just 38 percent from the field and struggled from behind the arc in the game, making juts 5-of-24 attempts from long range.

The Falcons will return to action on Saturday afternoon at Notre Dame College. Tip is set for 2 p.m. in South Euclid.