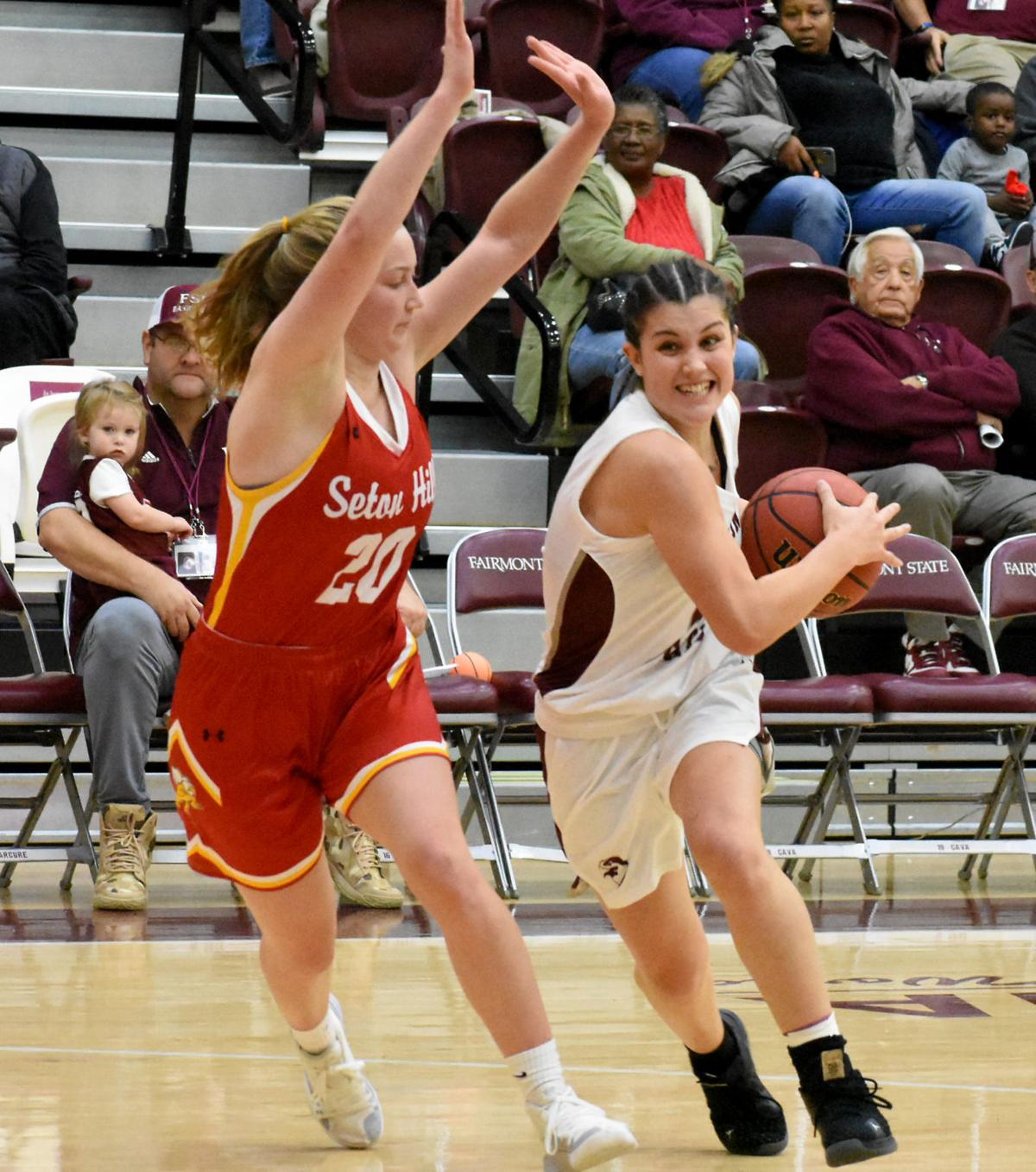 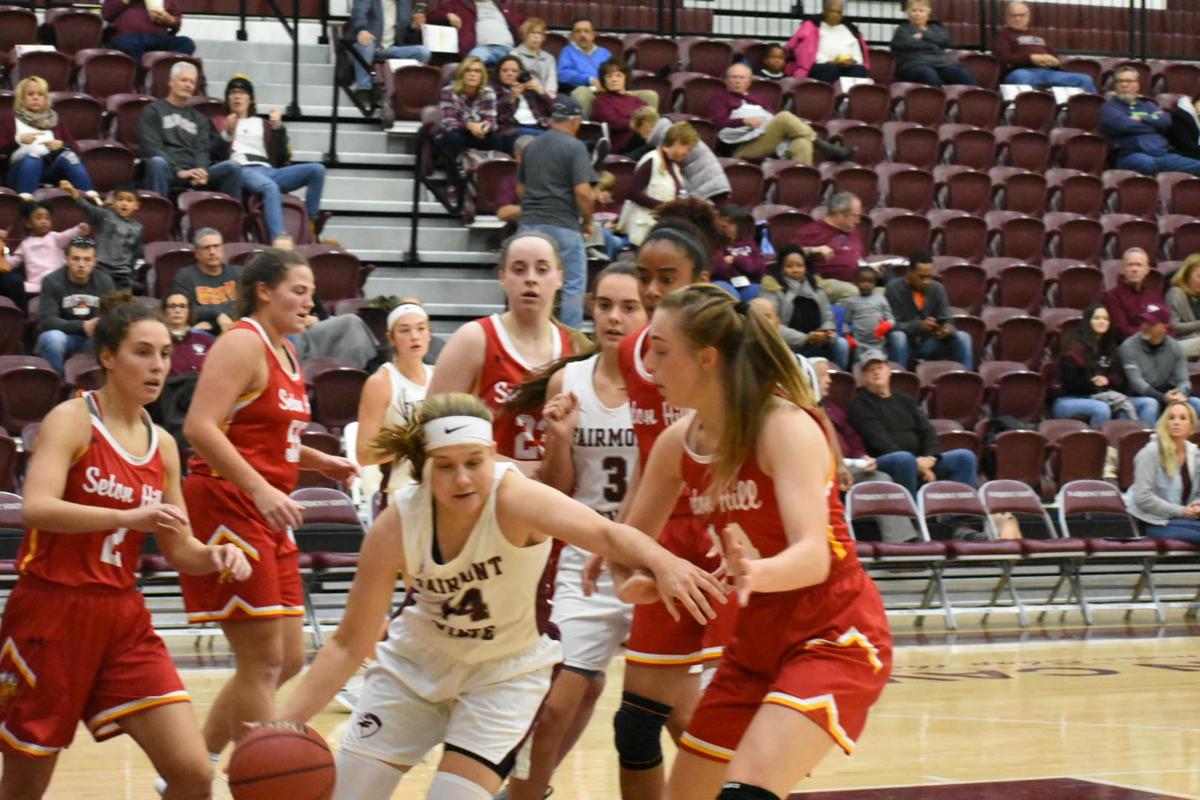 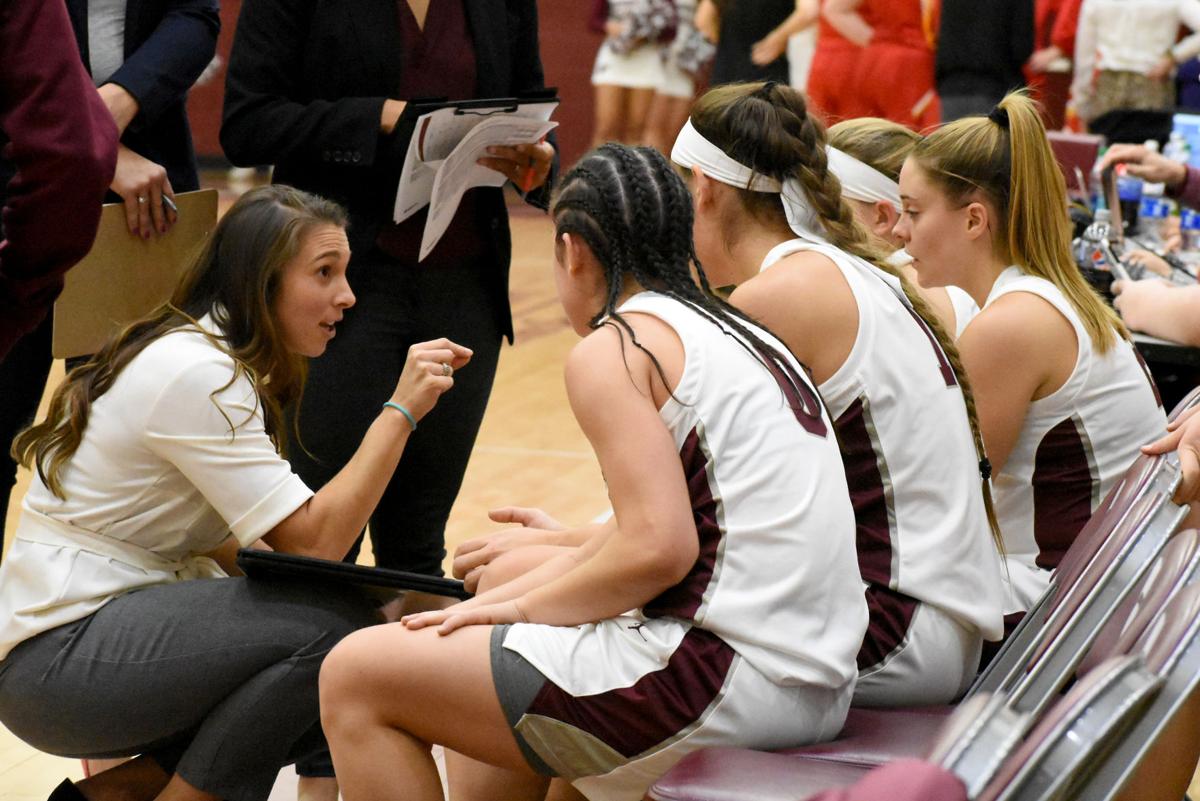 Fairmont State coach Stephanie Anderson talks to the team during a timeout in a game this past season. 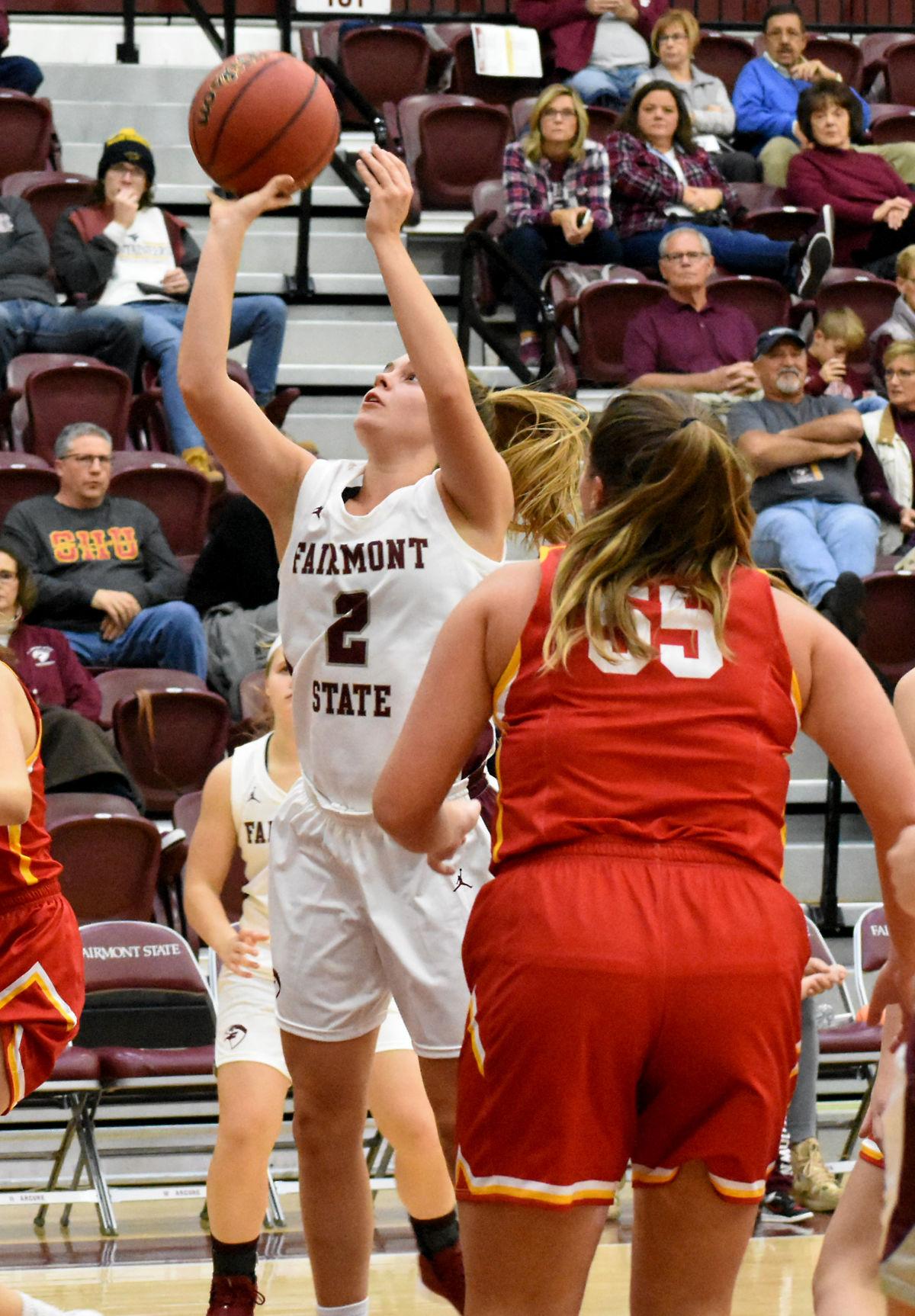 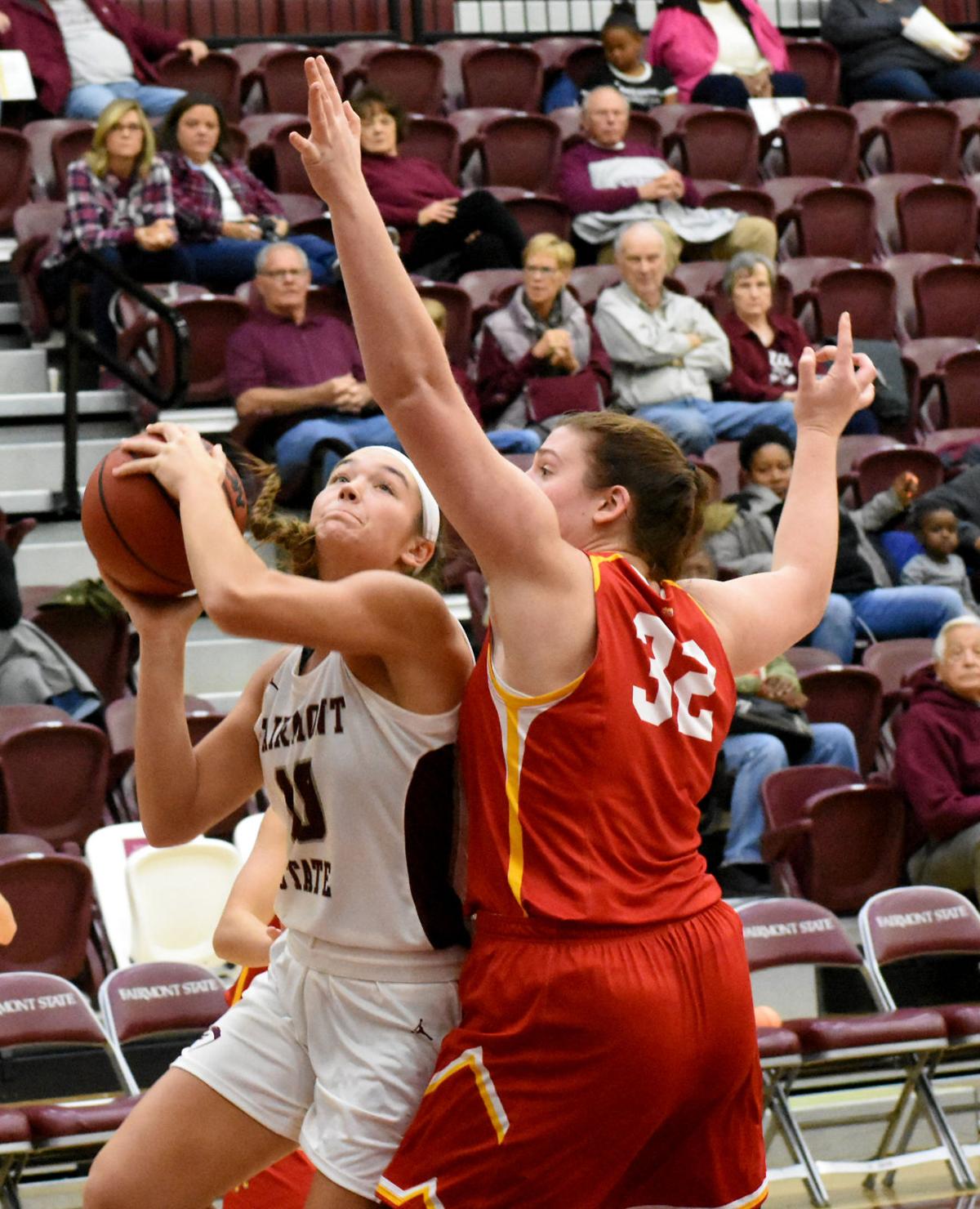 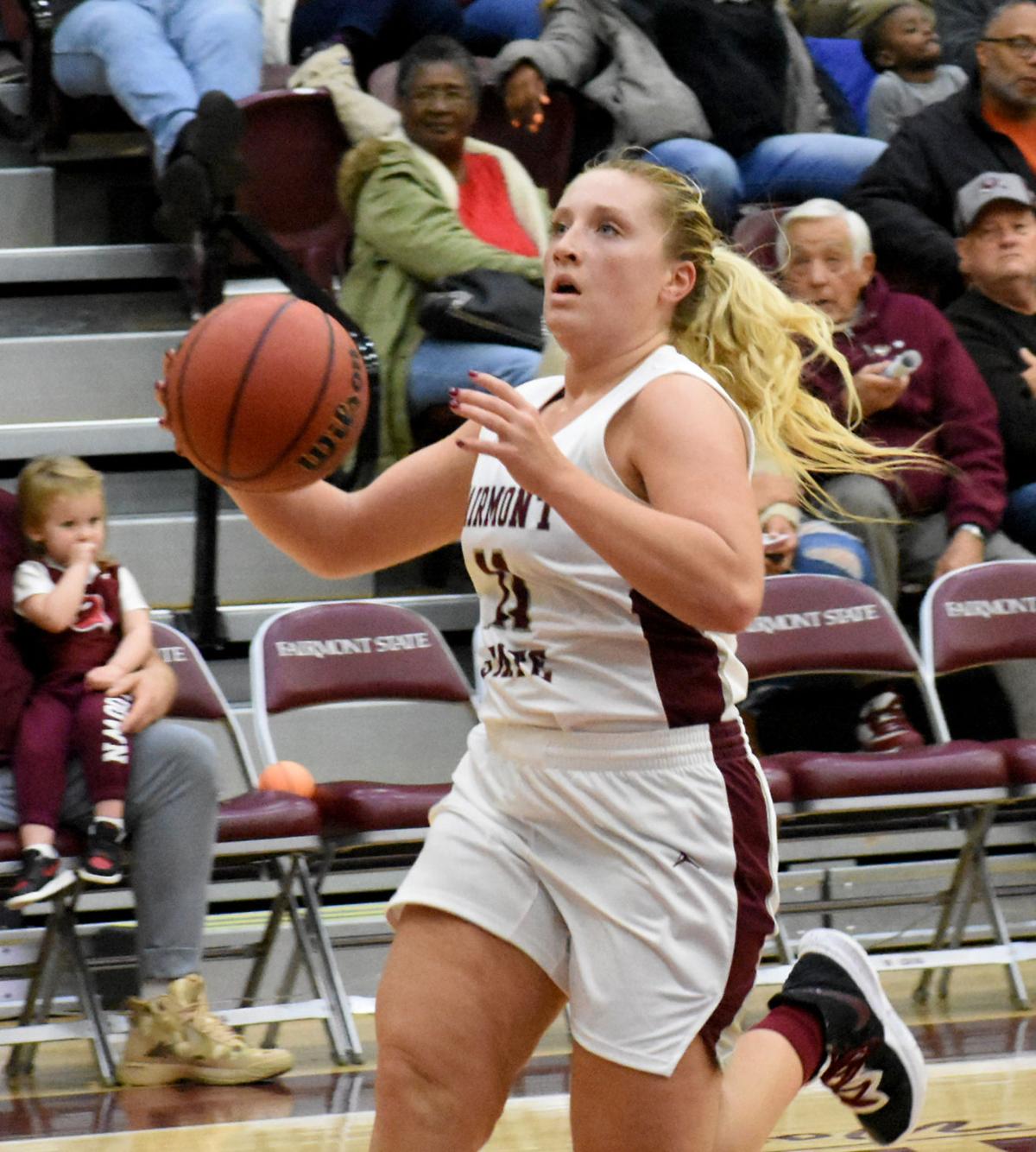 Fairmont State’s Presley Tuttle goes to a the basket. 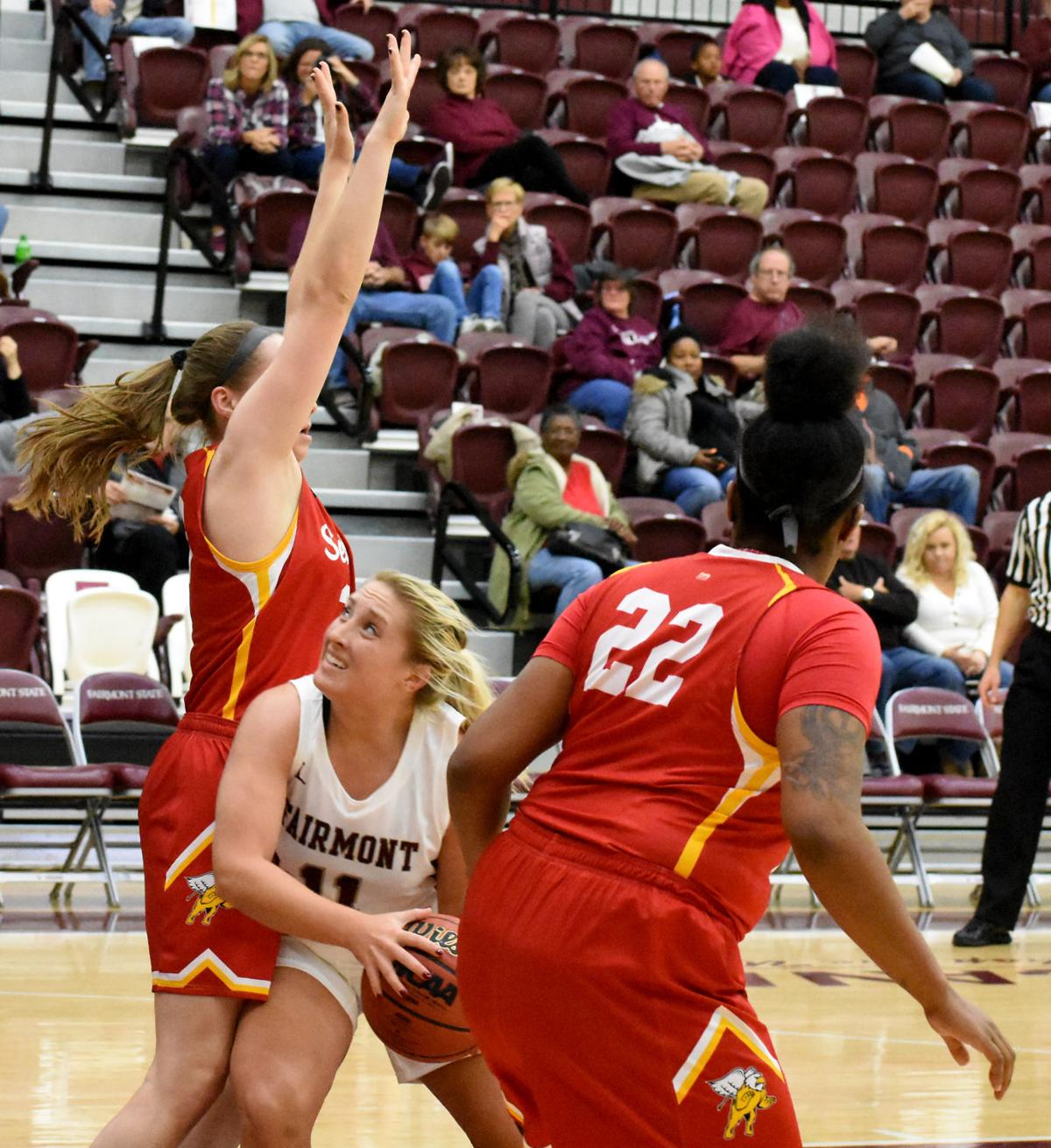 Fairmont State coach Stephanie Anderson talks to the team during a timeout in a game this past season.

Fairmont State’s Presley Tuttle goes to a the basket.

FAIRMONT - Despite opening the season on Friday with a win, Fairmont State women's basketball coach Stephanie Anderson had concerns ahead of her team's Saturday evening match-up with Seton Hill on the second day of the MEC/PSAC Cross-Over at Joe Retton Arena. Primarily, that they would come out flat after winning game one.

Those fears weren't completely unfounded, as Seton Hill would on a nine-point scoring run in the first quarter of action and jump ahead by double-digits at halftime as they downed Fairmont 93-73.

"As far as being disappointed, I think I'd be disappointed in the effort -- I don't ever want to see our girls get outworked, and I think they feel the same way. We need to take from that, learn, and grow," Anderson said.

The Falcons would be outrebounded 58-32 and were outscored in second-chance points 22-8, giving their opponents plenty of opportunities to make plays.

The slow start by Fairmont also allowed Seton Hill to find their groove on the offensive end of the court, and they would shoot a lights-out 52 percent from the floor in the final two periods -- in total, five players would reach double-digit scoring for the Griffins.

"We started out slow on our rotations, and as the game kept going on we kept missing out on them, we started missing box outs -- we just didn't play as well defensively and we could have," said Fairmont State's Sierra Kotchman, who tallied 18 points in the game

"At the beginning of the game they were extremely timid, and by the time the second half came around Seton Hill had a ton of rhythm. If we had been more aggressive from the jump, we could have knocked them off their heels a bit," Anderson said.

The Falcons will look to rebound as they begin their road slate with a two-game tilt in Pennsylvania -- they'll face Gannon on Wednesday and California (Pa.) on Saturday. Kotchman said the team will need to refocus and bring more intensity to their practice sessions as they prepare for the trip.

"We have to get back to work -- we have to get into the gym at practice, and work as hard as we can. If we do that and work on those little things, it'll make the big things happen," she said.