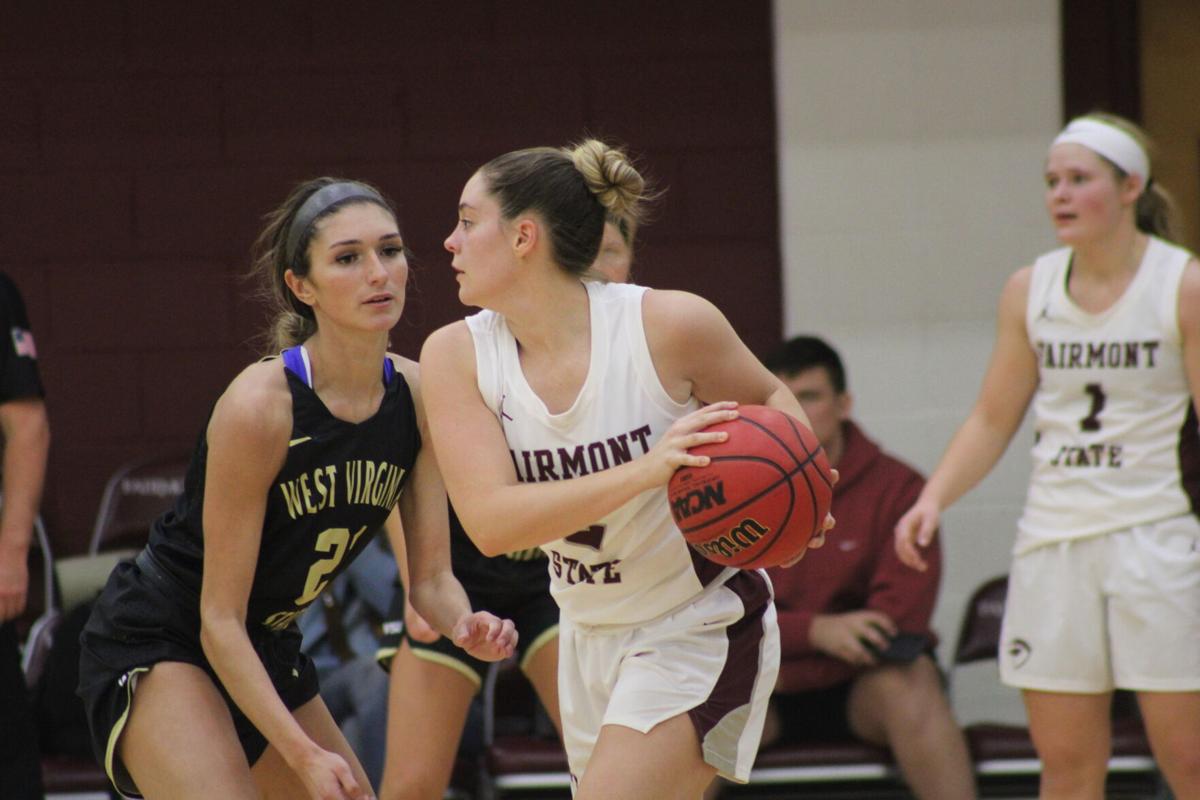 Kamrin Weimer looks for a pass against West Virginia State. 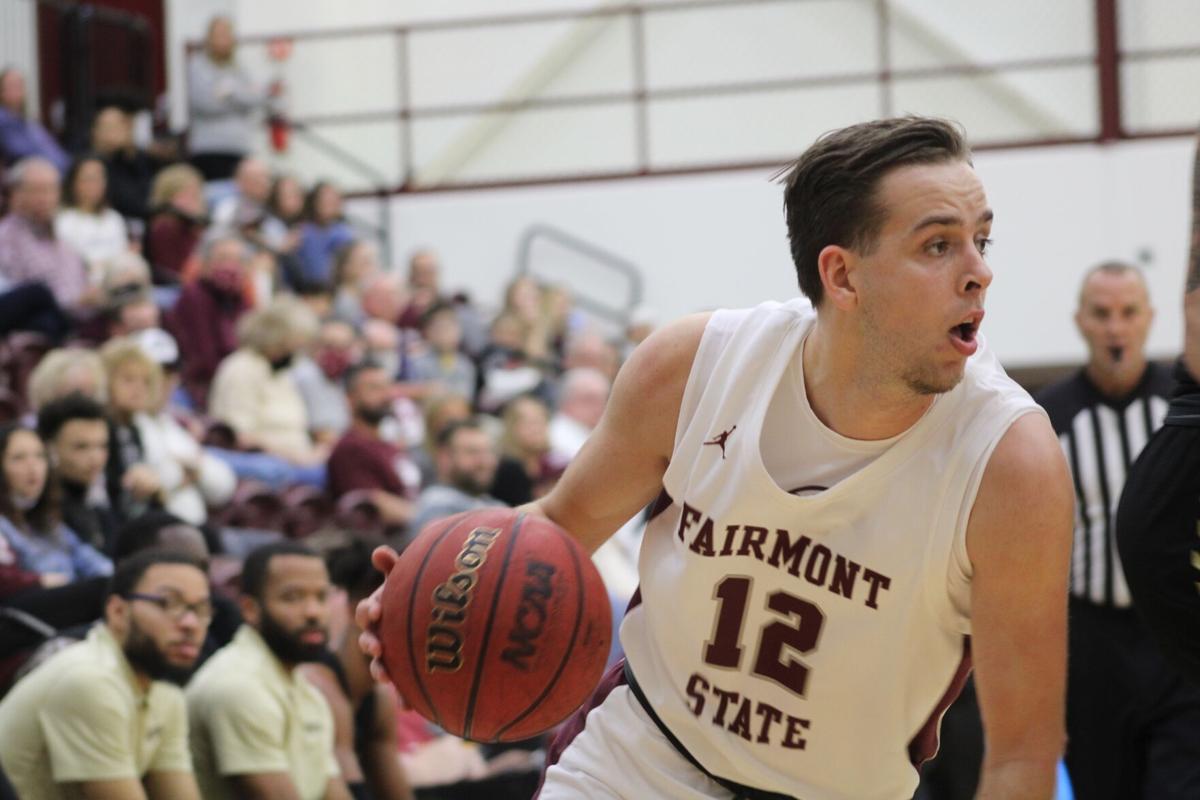 Briggs Parris drives to the basket against West Virginia State

Kamrin Weimer looks for a pass against West Virginia State.

Briggs Parris drives to the basket against West Virginia State

FAIRMONT — The Fairmont State Falcons men and women’s teams both saved their best for last against West Virginia State Saturday, with the two teams both surging late in their games to sweep the Yellow Jackets at home.

The women’s team beat the Yellow Jackets 85-77 after a manic fourth quarter where the Falcons scored 28 points to WV State’s 17. Fairmont’s leading scorer was Kamrin Weimer with 23. Weimer headed up the fourth-quarter effort, scoring 11 in the frame.

The Yellow Jackets had held a consistent lead over the Falcons until the fourth, using a massive advantage in offensive rebounding (19-3) and second chance points (17-5) to keep a lead for most of the game until the 8:30 mark of the fourth quarter, when a Katy Darnell jumper gave the Falcons a 64-62 lead they would not relinquish.

The men’s team bested WV State 83-71 with their own late push. Trailing 37-36 after the first half, the Falcons trailed by as many as seven points in the second half, but Fairmont benefitted from an 18-10 points off turnover advantage and 16-4 second chance points advantage to rip off a scoring run late that propelled them to the double digit victory.

Falcons big man Seth Younkin finished with a career-high 16 rebounds to go with 11 points. Fairmont was led in scoring by Isaiah Sanders and Zyon Dobbs, with 25 and 23 points, respectively. The pair each made three three-pointers as the Falcons shot 37.5% from behind the arc as a team.