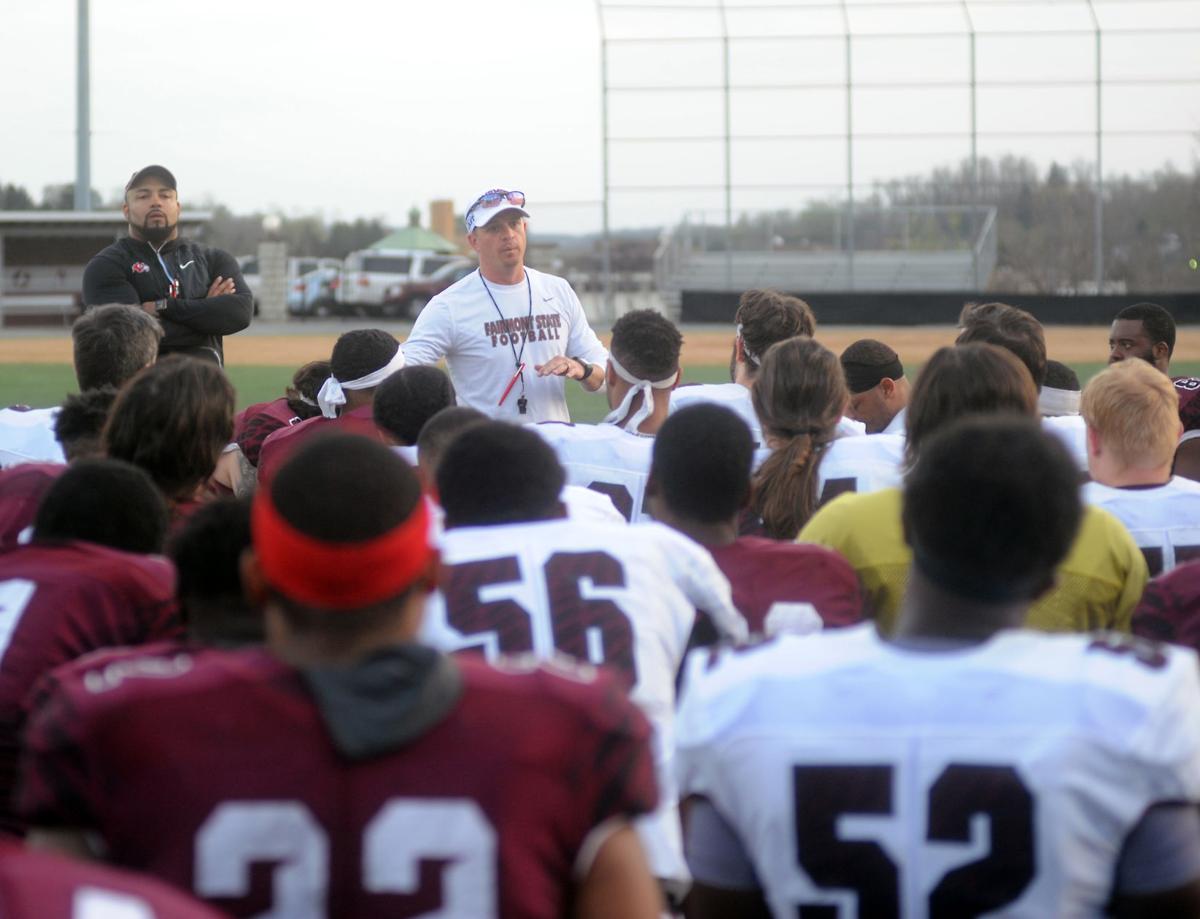 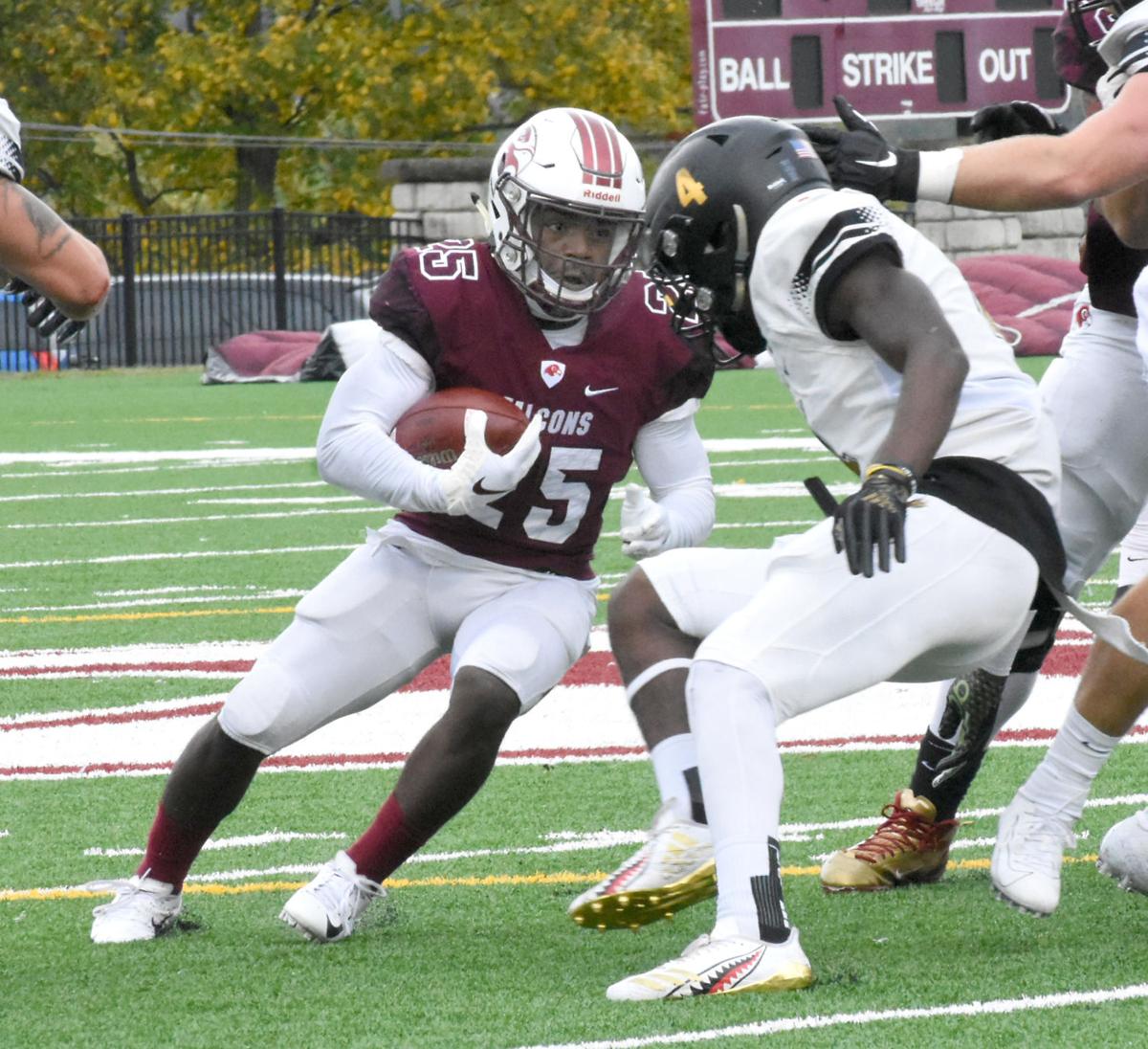 FAIRMONT — Chandler Zavala, Fairmont State’s 2018 All-American and two-time all-region guard, said he’s been relatively fine managing the restrictions and uncertainties that have become the everyday reality for his Falcon teammates and hundreds of other college football players across the Mountain East Conference since the conference announced its decision to postpone the fall season to the spring due to the ongoing COVID-19 pandemic.

“I don’t think it’s really that difficult for me,” said Zavala, a senior from Woodbridge, Virginia.

Zavala’s father is a chef, which has kept his diet and eating habits on track, he said. He’s maintained contact with Fairmont State offensive line coach Brian Miller for guidance within the Falcons’ coaching staff, and the program’s strength and conditioning coach, Matt Offutt, has also been a big help, he said. He had access to an athletic training facility this spring, he said, to continue his physical training and workouts, and he’s currently strength training on campus.

Zavala, however, as both a veteran player and a star performer for the Falcons, is also among the program’s most equipped athletes to deal with the difficulties and irregularities of a pandemic. Players as accomplished as Zavala don’t reach such marks by sheer happenstance. For example, he has been proactive in not only his own training, but also that of his teammates. He’s organized small groups of no larger than six people among his fellow linemen to go for runs or weight train together.

“From the (aspect) of communication, I take myself as a leader of the offensive lineman,” he said.

Many other Fairmont State players, most notably incoming freshmen, have been left to fend for themselves to some degree. COVID-19 restrictions and guidelines have prevented the Falcons from gathering in person as a team, head coach Jason Woodman said, to even pour over the logistics of the situation, much less engage in physical training or actual football activities.

“Right now, we’re not doing anything at all. We are completely hands off,” said Woodman of his program’s response to the MEC’s Aug. 13 decision to postpone all fall athletics to the spring semester. “We’re communicating with our guys by walking to classrooms and checking to make sure they’re in there. That’s honestly the only in-person communication we’ve had.

In that vein, both Woodman and Zavala said the team fully realized the postponement of the season to the spring was a possibility, even a borderline likelihood, considering the previous decisions of other conferences and the landscape of college football across the country.

“We already had an idea just because the start of the season kept getting pushed back,” said Zavala, who first got wind of the MEC’s official Aug. 13 announcement via Twitter before receiving confirmatory texts from his mother and his girlfriend’s mother as well as a call from Miller. “We just have to roll with the punches.”

“Most of our team has been really good and really responsive throughout the process,” Woodman said. “Everyday is a little bit more of a challenge because we’re learning as we go, and at times that can be frustrating, but we’re all still really positive.”

While the Falcons have been highly adaptive, from coaches to players, there’s an underlying restlessness within the program for clarity by the NCAA as it looks ahead to a possible spring season that MEC Commissioner Reid Amos has initially speculated as a five-game regular season with a conference championship game. When the MEC announced the postponement of all fall athletic competition to the spring semester, Amos left open the possibility that the league’s fall sports teams could still be permitted to practice this fall. The decision would likely be up to each of the conference’s universities, Amos said, at the discretion of university leadership. Any fall sports teams that were permitted by university leadership to practice in the fall semester would have to abide by all restrictions put forth by the NCAA Division II Board of Governors, but those restrictions, as they stand now, are both fairly severe and still somewhat inconclusive.

“The main question we have is, what can we do from now until [spring] to continue to improve?” Woodman said. “There are still a significant amount of unknowns and uncertainty in this. We’re waiting to get more clarification from the NCAA on exactly what we’re allowed to do.”

“I don’t know if we’ll have practice this semester,” Zavala said. “That’s a big ‘if’ just because so many other schools have been going completely online.”

Woodman said players are eager to get back into the weight room at the very least, while he and his coaches are itching to simply get some face-to-face, in-person interactions with the program’s incoming freshman.

Football, ultimately, can wait, said Woodman, whose loudest message has focused on the health, safety and happiness of everyone involved with the Falcons program. He’s also stressed that without football, it’s an opportune moment for the players to apply themselves in other areas of their lives, specifically in academics. “This semester, I think, not just for me, but for a lot of my teammates, gives them the chance to focus on maybe taking harder classes,” Zavala said.

“It will definitely challenge every program and the culture of that program,” Woodman said of the ongoing pandemic, “but a lot of these guys, like I said, we haven’t coached them yet so they don’t even know what our culture is. That word culture is such a broad-based word where it’s used a lot but it’s really difficult to define.”

Whenever the Falcons do ultimately return to the field, however, they’ll do so with the challenge of replacing a number of graduated seniors. Among the team’s graduation losses this past spring were starting quarterback Takwan Crews-Naylor, all-conference offensive linemen Lonnell McGuire, Garrett Kapstein-O’Brien and Zach Cox, and defensive standouts linebacker Trevon Shorts and cornerback Michael Porter.

“Heading into camp, I was excited about the way our defense played in the second half of last year — I thought they improved dramatically as the season went on — and was looking forward to seeing how that carried over, especially with having to insert some new guys at key positions. And then obviously the quarterback battle was going to be kind of exciting, too — we had five freshmen on the roster and it was anyone’s ballgame for that.

“We’ve lost a lot of good players at significant positions from last year, so it’s going to be an overall challenge for us. We’re going to have a lot of guys who haven’t had a lot of playing time before getting thrown out into the woods so to speak while we see how they react.

“But whenever the time comes for us to get back on the field, we’ll be ready for it.”