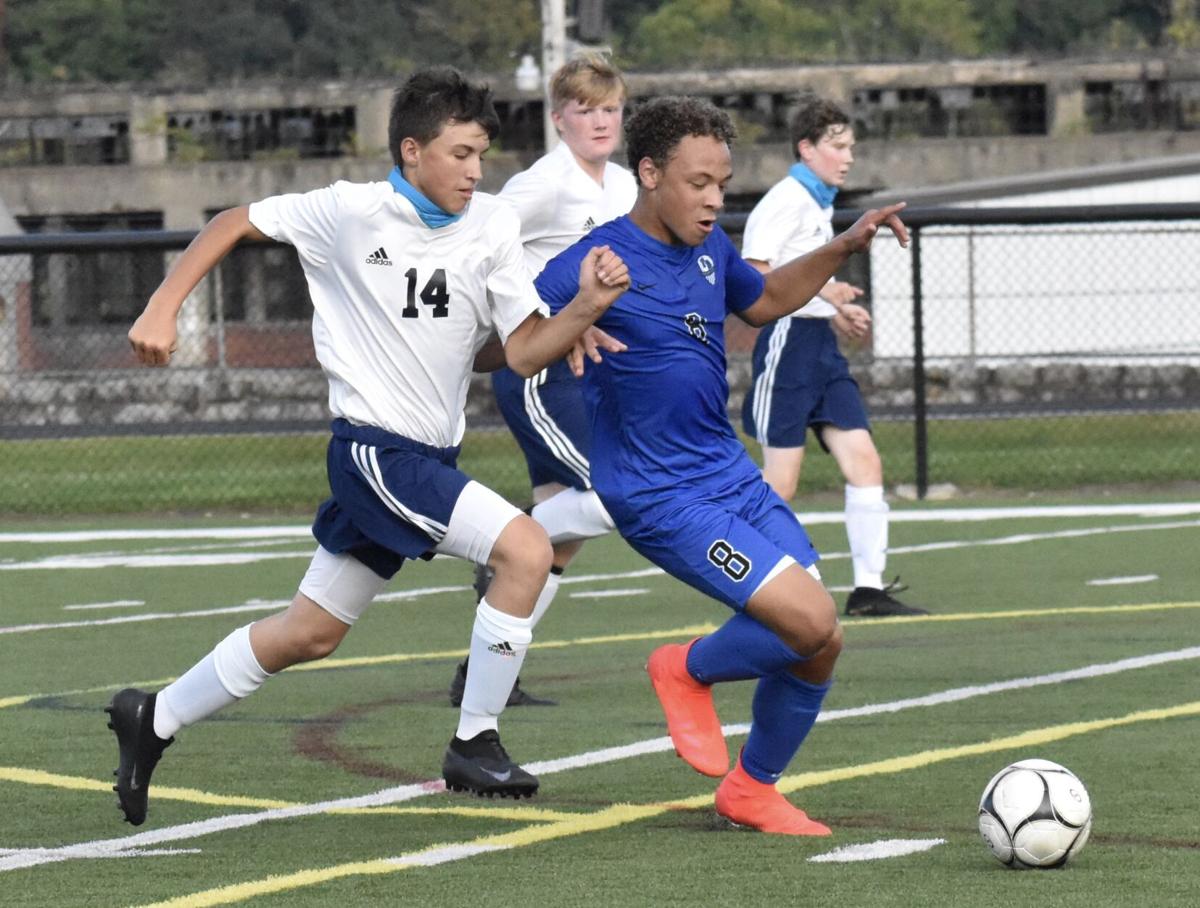 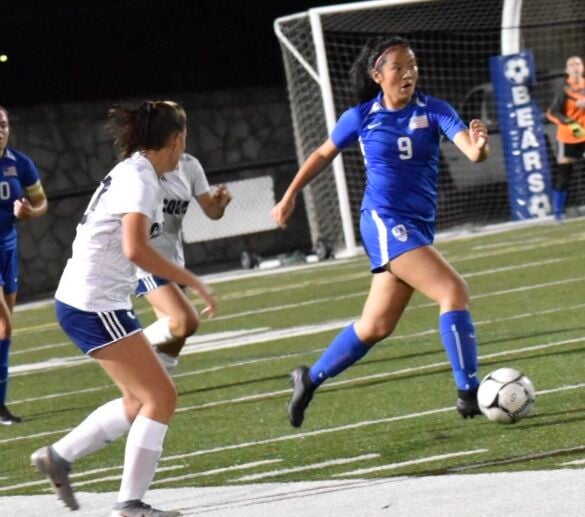 FAIRMONT — In a doubleheader sweep for Fairmont Senior over Big 10 Conference foe Philip Barbour on Thursday at East-West Stadium, one game was a smooth-sailing cruise and the other was a draining meat grinder.

The defending Class AA/A state champion FSHS boys had the comfier path to victory as the Polar Bears' offensive prowess reached an early-season crescendo in the first half versus the Colts, scoring five goals in the first 40 minutes en route to a dominant 8-3 victory. The FSHS girls, on the other hand, outlasted the Colts in a grueling 2-1 battle that tested their metal for the full 80 minutes.

"That was a fight to the end," Fairmont Senior assistant girls' coach Buddy Lemasters said. "Philip Barbour didn't let up, they kept putting pressure on us in the last little bit there and it was tough, but going down the stretch our girls gutted it out and stuck in there. We've talked about how much heart these girls have and they have heart through and through."

The Lady Polar Bears' victory was hardly a soccer purist's fantasy of coordinated offensive series and connected defensive movements, instead devolving into a rugged back-and-forth affair that tested both teams' resolve.

Fairmont Senior (2-1) jumped out to the initial 1-0 lead in the 12th minute when Kate Gribben played to star senior Tricia Lemasters in the middle, who dribbled horizontally to find a sliver of space before launching a left-footed strike that found the back of the net. But Philip Barbour (1-1-1) responded in the 26th minute to tie it up as the Colts passed feet to feet up the left sideline before freshman Braylyn Sparks took a feed in the middle at about 25 yards out, fended off multiple FSHS defenders and then tied it with a crack to the net's far corner.

From there, every detail of the game became precious real estate. Philip Barbour's speed and resilience from the likes of Braylyn Sparks, Arrington Sparks, Caylee Simons and Payton Gregory among others pried at the fortitude of Fairmont Senior's backline and went toe-to-toe in the midfield. The Polar Bears, meanwhile, were dependent on winning possession battles and aggressively stepping to on through balls and long balls. The physicality and fight of players such as Lemasters, Sidney Greene and Adaline Cinalli took charge.

"In the first 20-30 minutes of the game we were imposing our will — we were moving the ball the way we wanted to and we were the aggressor — but as the half and the game wore on you saw Philip Barbour come back in it," Coach Lemasters said. "They're gamers the whole way — they're going to work back from behind and they're never going to give up on balls. They worked our guts out there, especially in the midfield."

Philip Barbour's grittiness harnessed a possession advantage in the second half, and the Colts fired five shots versus none for the Polar Bears while also winning corner kicks 5-0 over the final 40 minutes. Yet, through it all, Fairmont Senior's backline of Alisha Hayhurst, Joshlynn Boone, Abby Laird, Emma Hedrick and Seneca Arbogast stood strong, while goalkeeper Rebecca Cox make a couple of crucial saves and plays on corner kick entries.

Then in the 50th minute, in spite of Philip Barbour's overall control throughout most of the second half, Lemasters, whose technical skills sparkled and competitiveness bubbled all night long, delivered the dagger for the Polar Bears. Jostling for possesion, Lemasters drew a foul inside the 18-yard box and then buried the ensuing penalty kick for what turned out to be the game's go-ahead goal.

In the boys' early game, Fairmont Senior (4-0) had no rigors of their Lady Polar Bear counterparts as the defending champs burst out to a 5-0 lead by halftime and went up by as much as 6-0 early in the second half, dominating possession and generating offense with ease in the process.

Time and again, the Polar Bears punctured the Colts’ backline and distorted their defensive shape with fluid touch and synergistic feet to feet passing. In the first half alone, FSHS launched a whopping 19 shots and earned 11 corner kicks as they kept all the action in Philip Barbour’s third and unfurled run after run down the flanks.

"We possessed well in the first half and created opportunities," FSHS coach Darrin Paul said, "and we have some good goal scorers who when you give them opportunities, they're going to put the ball in the back of the net."

In total, Fairmont Senior had five different goal scorers account for the eight scores, with Ashton Cecil, Jonas Branch and Bubby Towns all pulling the double dip for the Polar Bears. Cecil went for back to back goals in the 17th and 24th minutes to extend Fairmont’s lead to 3-0. Towns scores FSHS’s first and final goals, and Branch scored both of his goals in the second half.

Nate Flower and Ro Jones also scored for the Polar Bears, and Flower added a pair of assists while Branch and Denzel Duvert also had helpers.

Philip Barbour got two goals from Trenton Whited, and Grant Dadisman also added a goal in the game’s final minutes.

The Polar Bears’ dynamite offensive showing started quickly, with the initial score coming just five minutes in when Branch found Towns on a backside run with a gorgeous chip pass.

Cecil capped a tic-tac-toe passing sequence in the 17th minute that pinged the ball from FSHS’s backline to Towns to Flower and then to Cecil for a 1-on-1 with the goalkeeper. Seven minutes later, Cecil scored again, this time more on his own merit as he made a heck of a play to tap a chip pass to himself and fire in a quick bang-band sequence.

Jones and Flower added two more first half goals thereafter again by attacking with runs down the right flank. Jones scored directly off a run when he ran down a through ball and held off a Philip Barbour defender before putting it home. Then Flower scored on an outside-in pass from Duvert that again originated on the right flank to balloon the lead to 5-0.

"We know a lot of teams are going to try to take away the middle of the field because that's where we're most talented, so we've been working on that a lot in practice," Paul said of targeting the flanks for offense. "Ashton Cecil, Ro Jones, Denzel Duvert, they've been working really hard at getting up and down the field and we're working the ball outside-in. So we're trying to get our outside mids a little more comfortable as we move forward because we think that can make us a little more dominant."