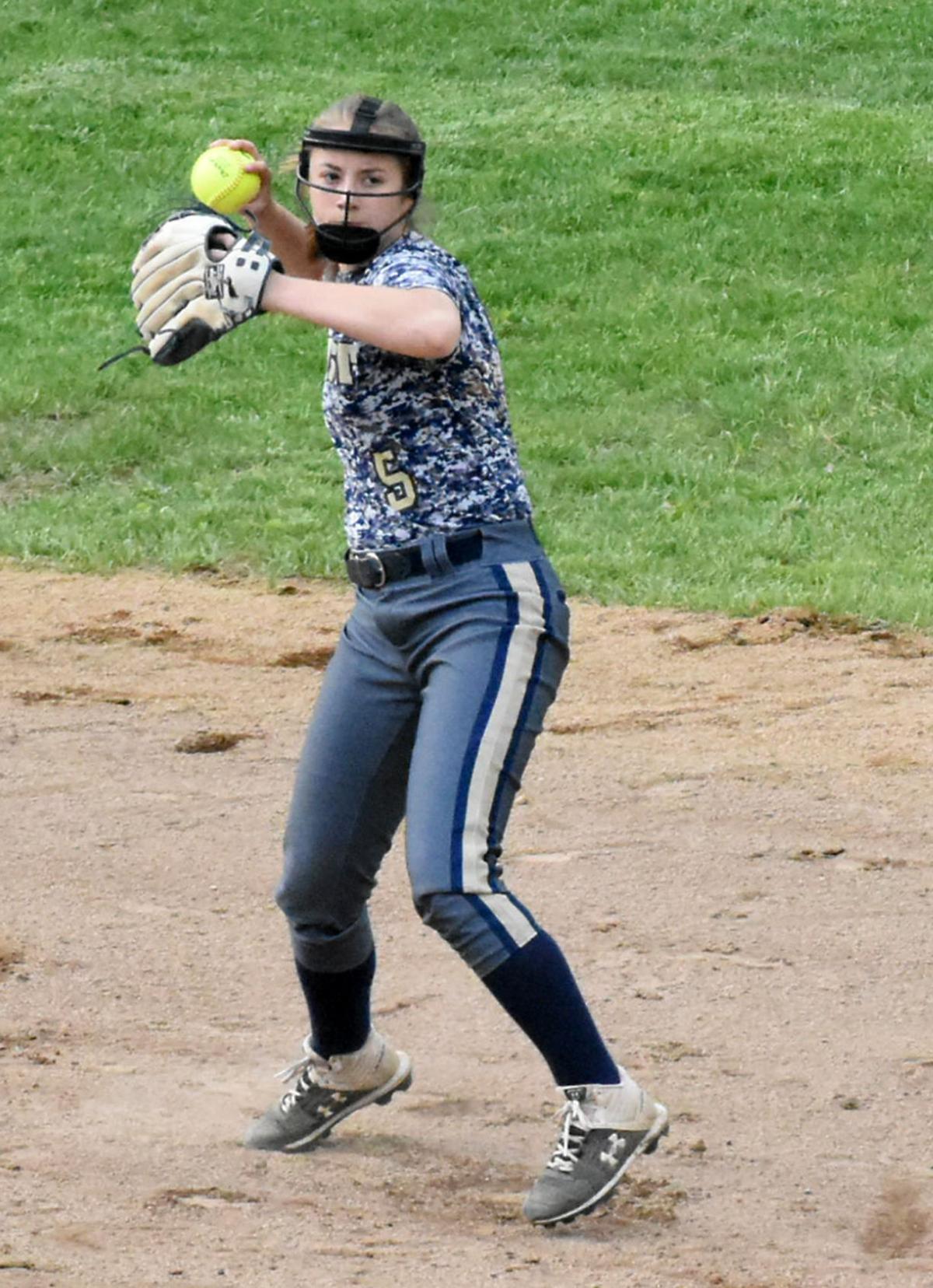 East Fairmont’s Blair Nuzum throws to first during a game from the 2019 season. 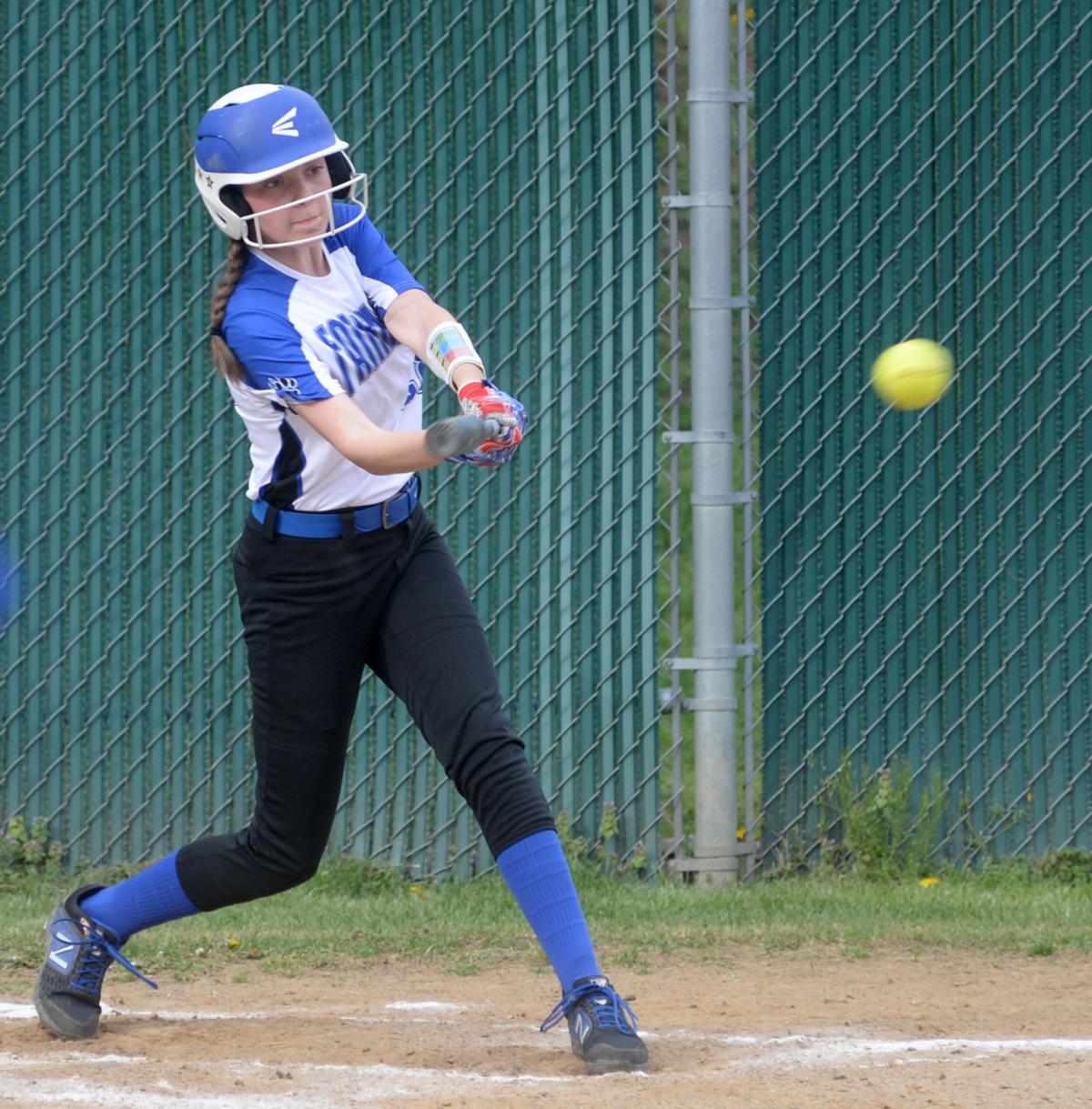 Mikayla Shepherd puts a ball in play during a game earlier this season.

East Fairmont’s Blair Nuzum throws to first during a game from the 2019 season.

Mikayla Shepherd puts a ball in play during a game earlier this season.

FAIRMONT— Softball’s Big-10 All-Conference first and second team selections will not be officially announced until the state tournament later this month.

However, that announcement may have lost some of its effect after the all-conference squads were unofficially made public last week. The three high schools within Marion County were all represented among the teams.

The Bees’ Blair Nuzum made her second all-conference first team for her impressive junior season. Nuzum, a pitcher and infielder, batted .564 to go along with a .590 on base percentage.

She totaled 57 hits, 11 of which were doubles and three of which were triples. Nuzum blasted two home runs and tallied 31 runs scored.

On the defensive side, the junior fanned 114 while registering a .982 fielding percentage.

For all her success on the field, Nuzum’s impact off the field received an equally resounding endorsement.

“Blair is just an outstanding kid, an outstanding player,” Swiger said. “She’s a good leader, very outspoken to the team as a leader. She just has a great attitude, a positive attitude. She has a desire to be great, she really wants to be a top-notch player, and in my mind she is.”

Mikayla Shepherd batted .511 while recording 16 doubles and four homeruns to give her 29 RBI’s and 33 runs scored while also recording nine steals. Defensively, Shepherd’s fielding percentage of .894 was tops among all Big-10 shortstops. The junior team captain had previously made an all-conference team once before.

Murphy joined Shepherd as two of the Polar Bears’ three team captains, and their leadership was appreciated by head coach John Murphy.

“They did a lot as far as helping to develop strong young women, and not trying to develop professional athletes,” Murphy said. “[The coaches] didn’t have to say much after games. They’d been around the game long enough, knew how to read it. They know how to talk to their peers — sometimes better than an old guy does.”

Macy Riggs ended the season with an average of .427 to go along with three home runs, 18 RBI’s, 16 runs scored, and seven stolen bases.

Mikayla Hose excelled behind the plate, throwing out 21 of the 42 steal attempts she saw. As a batter, Hose hit .326 with 11 doubles, 34 runs scored and five stolen bases. Hose’s fielding percentage for the year was .965.

In a condensed 44-day, 27-game season where the Polar Bears had only one off-day, it was the conditioning and positive attitude of Murphy’s star players that impressed him the most.

“I know that those are kids that work year-round,” Murphy said. “Work in athleticism and fitness. They don’t have to get in shape because they never get out of it.”

“They never complained, never looked tired,” Murphy said. “They were absolute troopers, getting in there and getting it done.”

The North Marion Huskies’ Raegan Ice earned a spot on the all-conference second team. The center fielder finished with a .371 batting average hitting out of the leadoff spot for coach Lacey Parker’s squad.

“Raegan is a very athletic and very skillful player,” Parker said. “She knows the game very well and is a very good teammate. Her and her twin sister, they were both very good leaders on the team this year.”

Ice’s athleticism showed itself on defense too, as she recorded three putouts at home plate from her position in the middle of the outfield. More than her exceptional play, though, Ice provided a steady hand and guidance for a young Husky team.

“She faced adversity and played through it, even on days it was really hard to,” Parker said. “She was really a player that everyone, young and the same age as her, really looked up to.