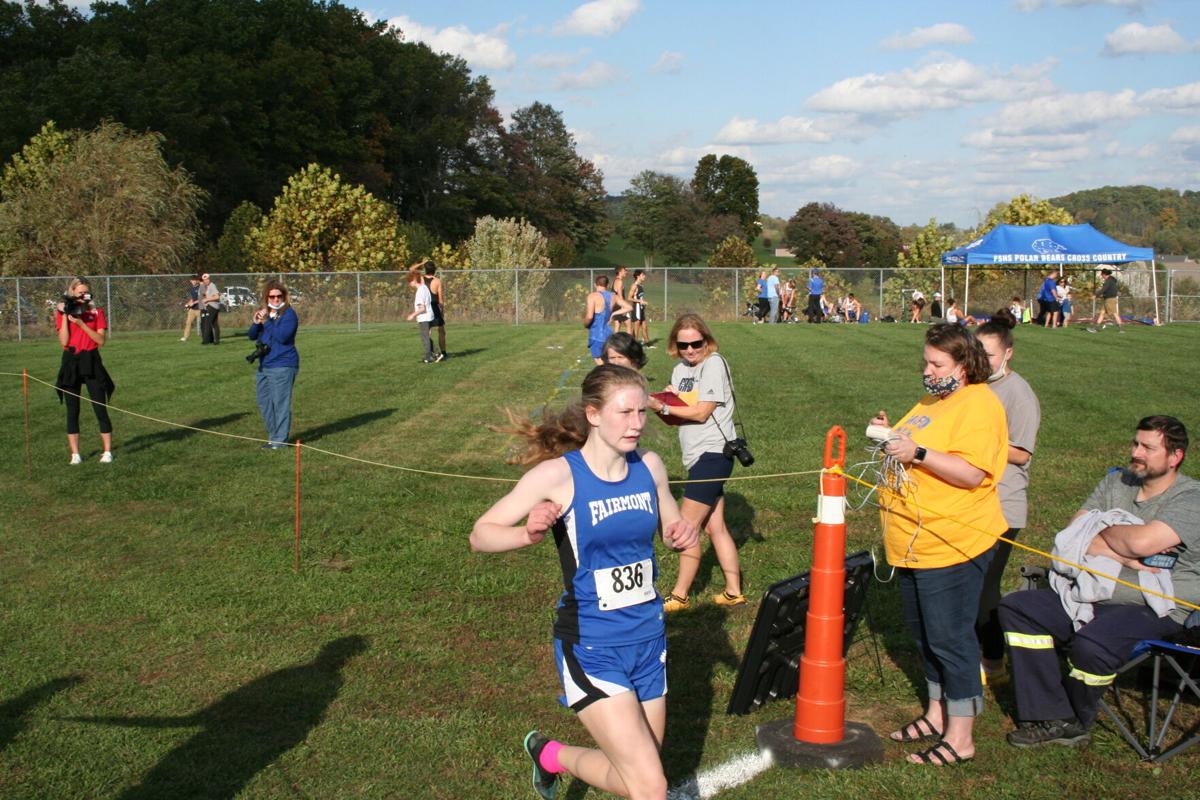 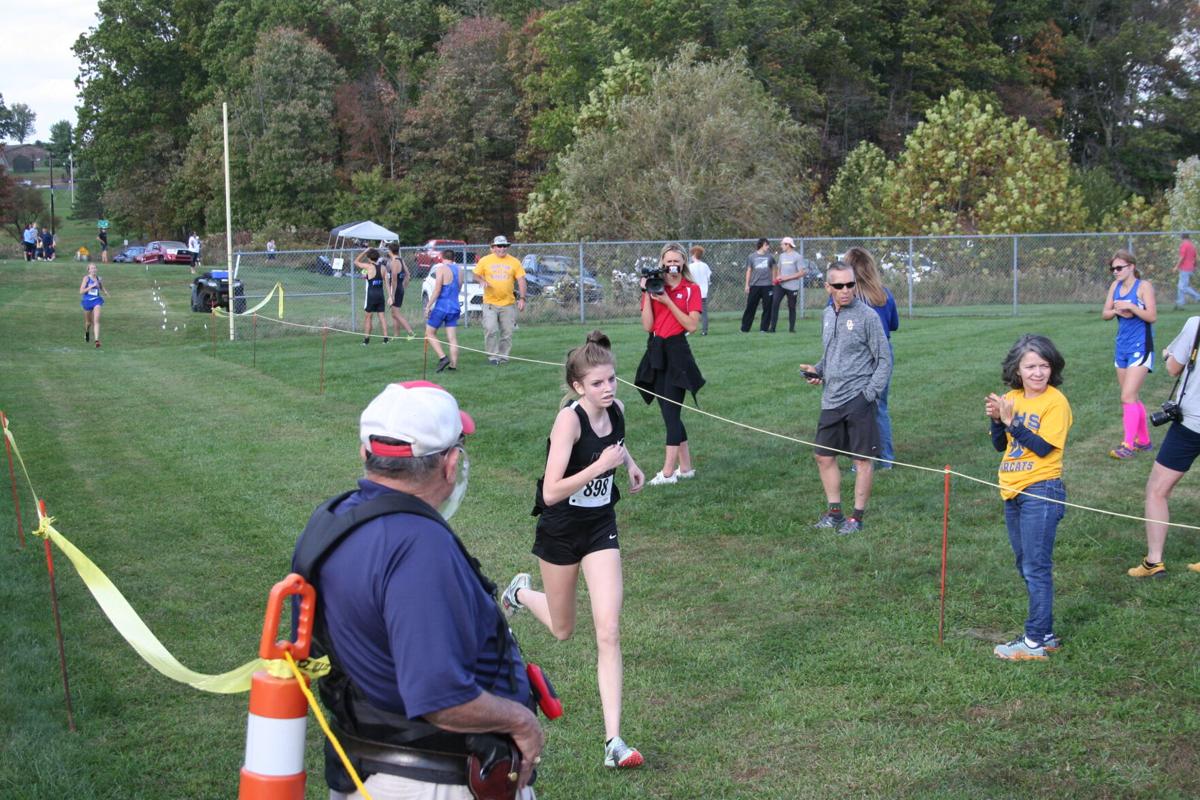 North Marion's Taylor Hess closes in on the finish line. 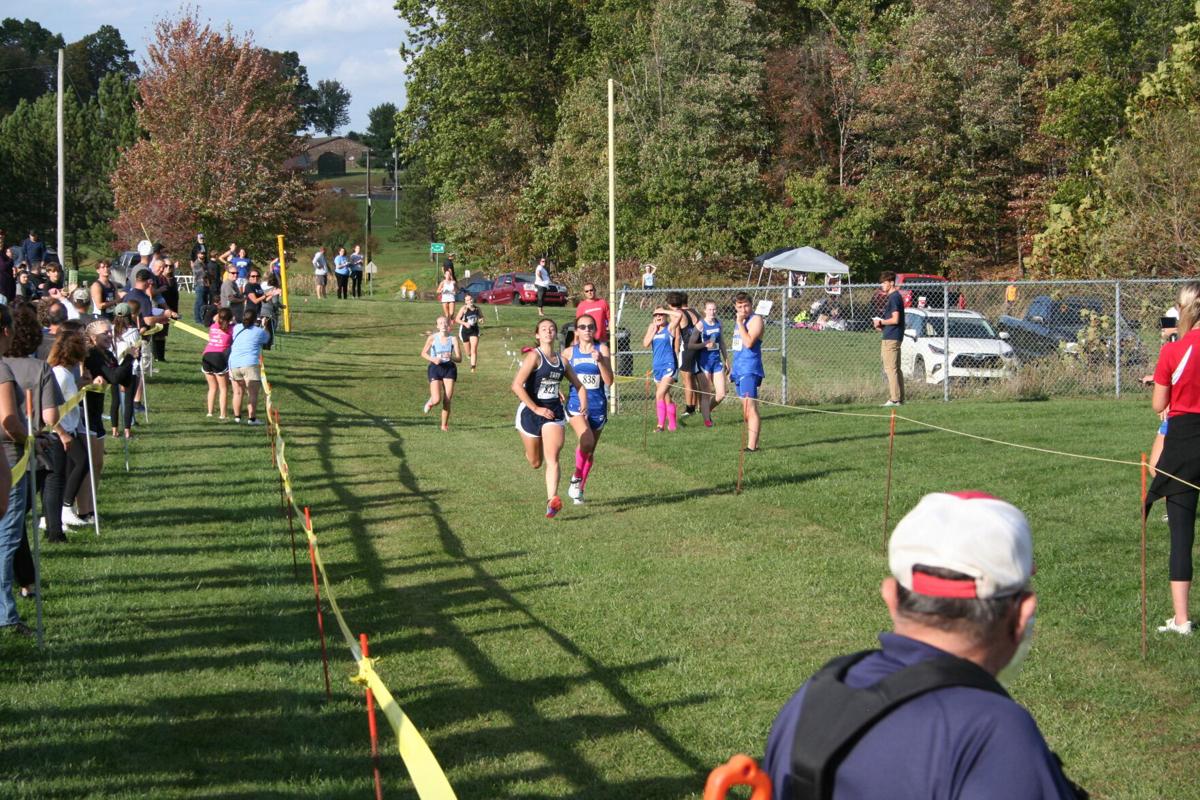 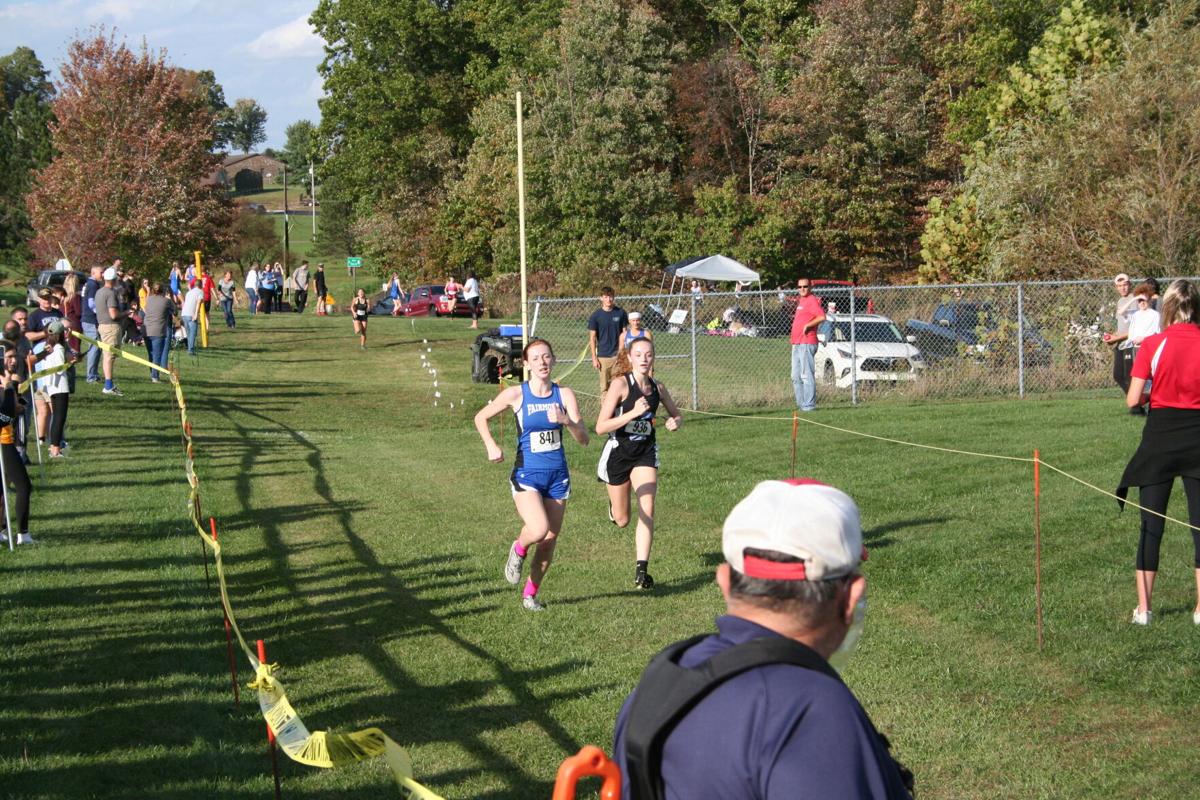 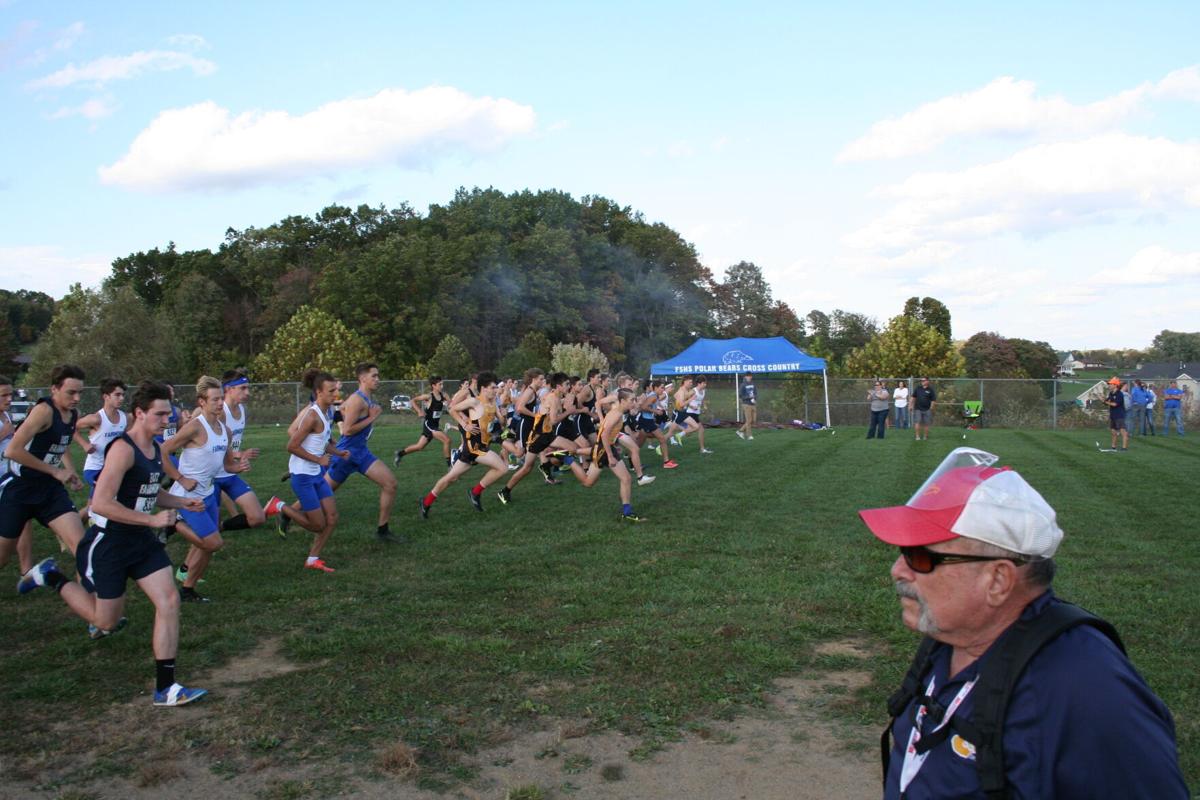 The boys teams of Class-AA Region I take off from their starting point. 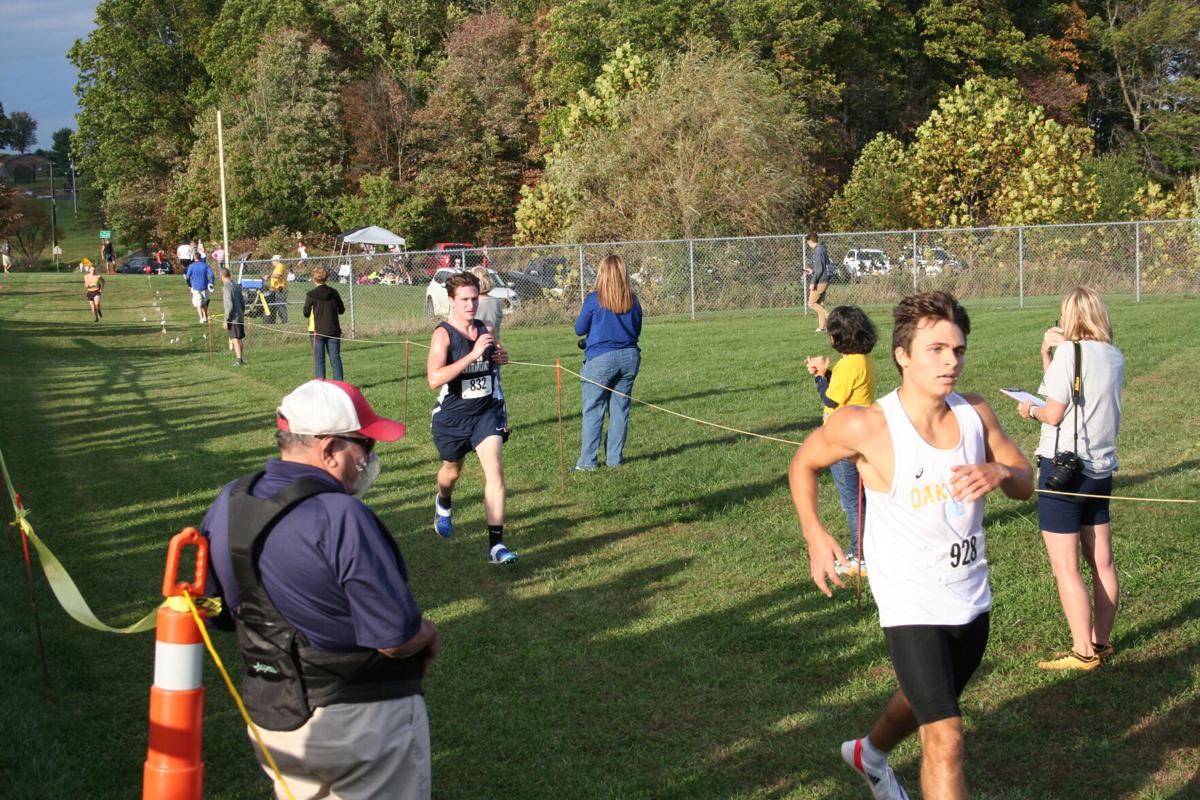 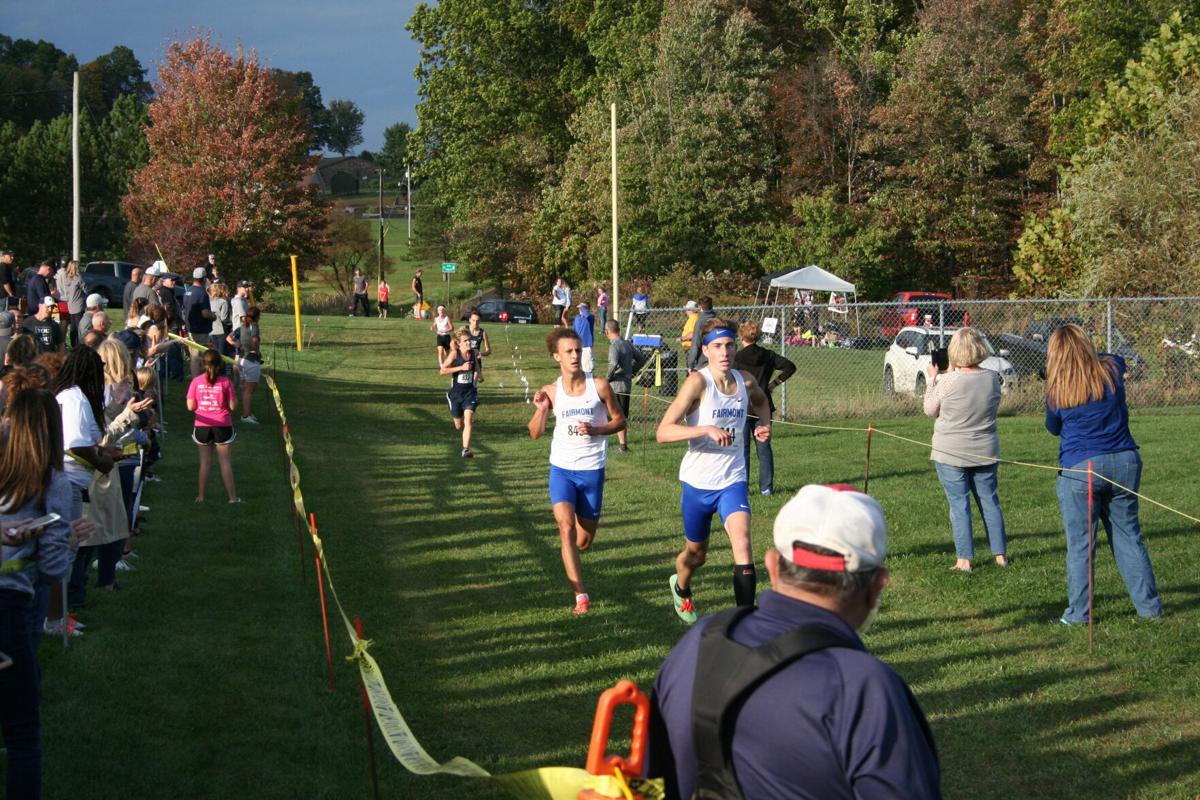 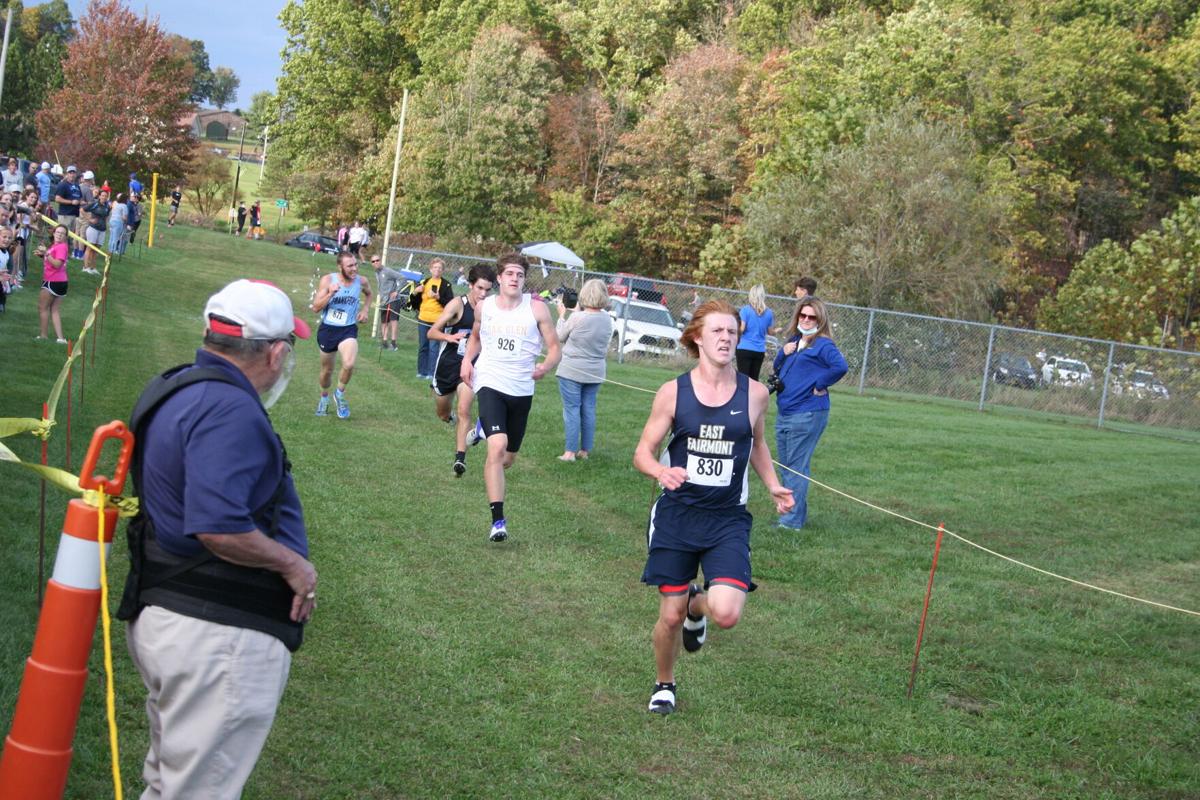 Runners from East Fairmont, Oak Glen and Frankfort all race towards the finish line. 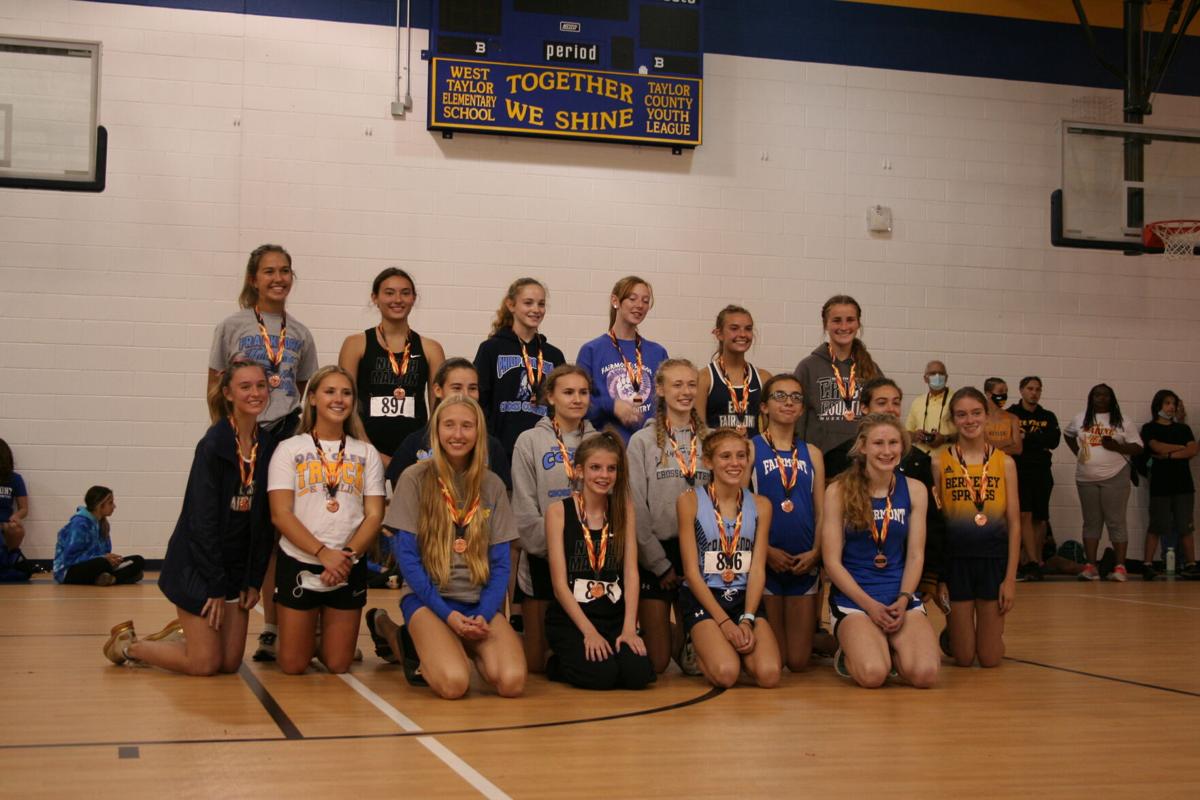 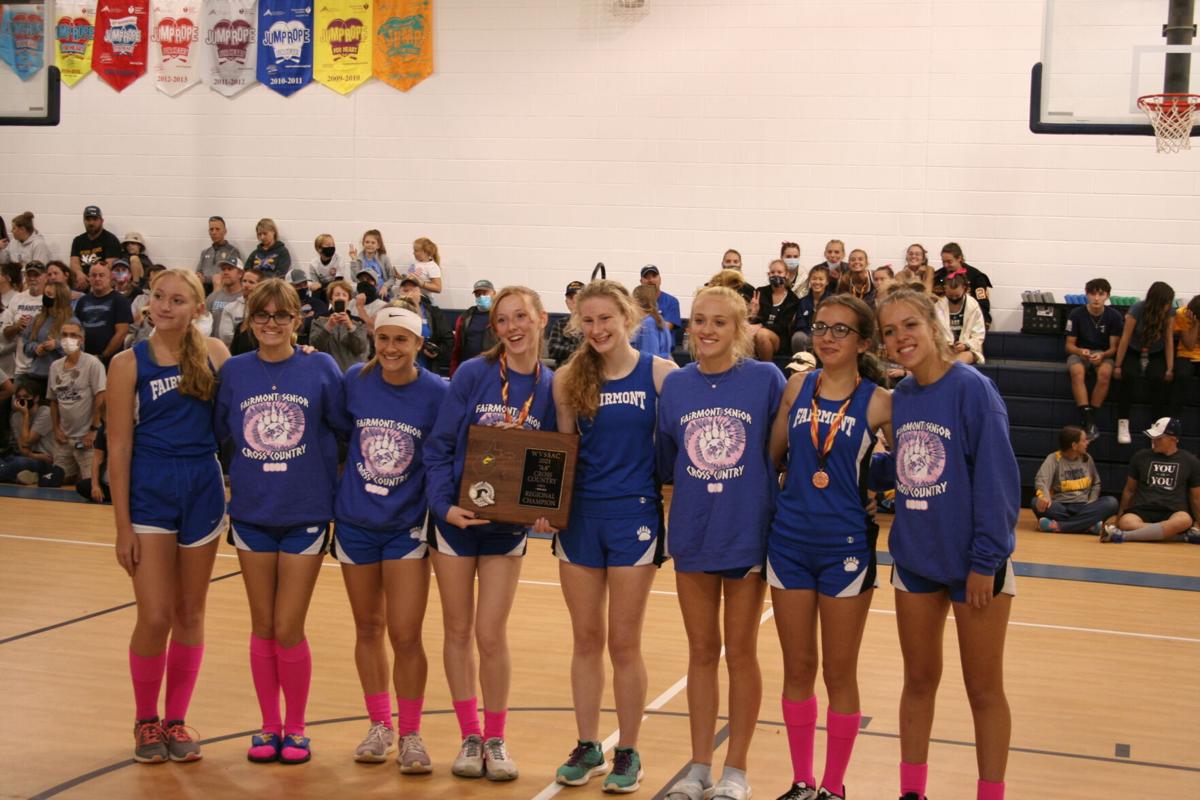 The Fairmont Senior Polar Bears pose around their trophy for winning Regionals. 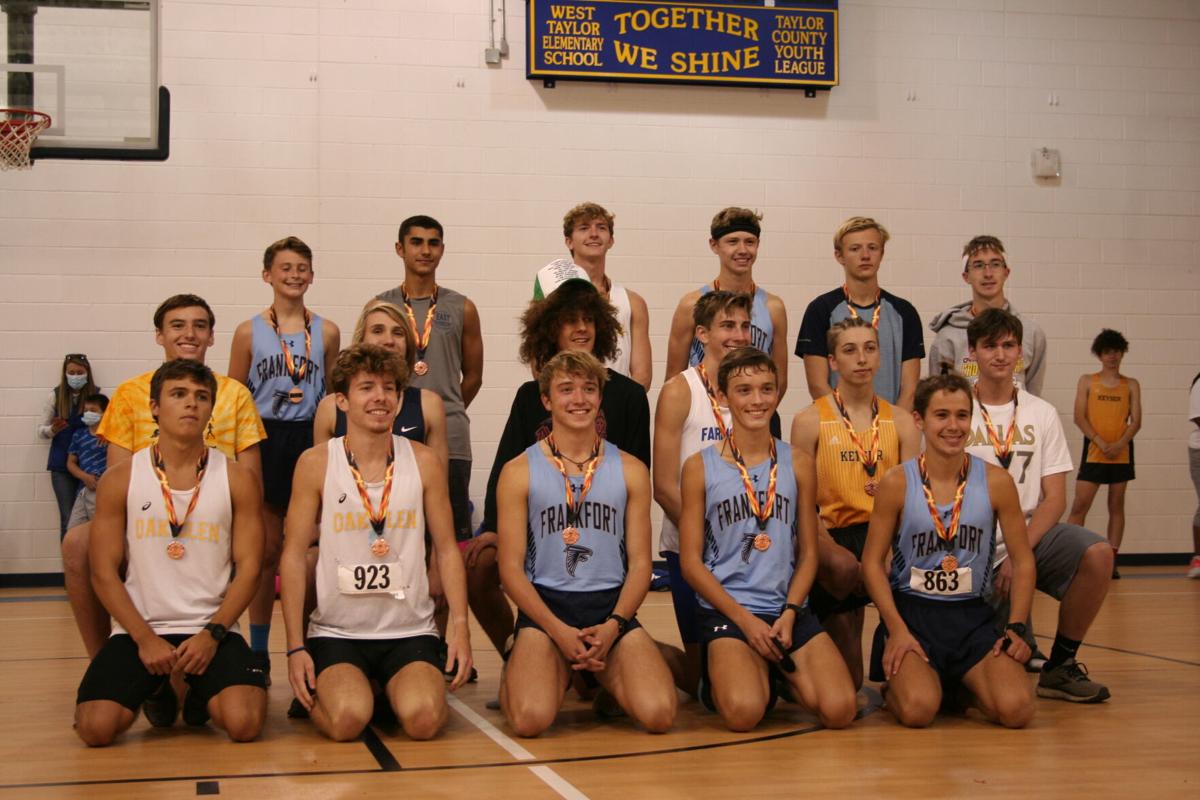 North Marion's Taylor Hess closes in on the finish line.

The boys teams of Class-AA Region I take off from their starting point.

Runners from East Fairmont, Oak Glen and Frankfort all race towards the finish line.

The Fairmont Senior Polar Bears pose around their trophy for winning Regionals.

FLEMINGTON — After a seasons worth of competition, cross country is reaching its finale. For teams to get a shot at the mountaintop at the state meet, they would have to qualify at regionals. West Taylor Elementary School hosted Thursday’s Class-AA Region I meet, with some teams’ seasons coming to an end, and others launching towards the state championship.

Region I was talked about as perhaps the toughest of Class-AA by coaches around Marion County, with the region holding four of the Top 10 boys teams and five of the Top 10 girls teams in the state, according to RunWV.com.

Fairmont Senior’s Lydia Falkenstein finished first overall among all the girls racing Thursday, when she posted a time of 20:10.00 in her first race back after aggravating a prior hip injury.

“I wouldn’t say I expected it, but I was hoping for it,” Falkenstein said. “I felt nervous because I haven’t been running for two races, but I just wanted to come out and do the best I could for the team. That was the goal today.”

Bella Haught also finished in the Top 10 for Fairmont Senior, as the regionals saw the Polar Bears at full strength for the first time.

“This is the first race all year that we’ve had our top seven runners all healthy and all present for a race,” Fairmont Senior girls head coach Mark Offutt said. “I didn’t really know what to expect, I mean obviously I’m happy with the results, but I see room for improvement from pretty much all our positions. If we want to win states we’re definitely going to have to improve at all positions.”

East Fairmont also qualified for states with their bronze finish. With only a single point separating the Bees from second-place Frankfort, East’s head coach Ken Hibbs ultimately saw positives from his team going into the state meet.

“I thought they could’ve competed for first,” Hibbs said. “But having said that, the fact that even though some of them struggled, something we talked about all year — somebody’s got to pick them up. That’s one of the things I’ve told them. If you pass someone that you’re normally not ahead of, just go on.”

Hibbs pointed to the efforts of Maddie Alix and Amelia Messenger as an example of that attitude, as the two seniors placed ahead of their usual positioning. Sophia Schnore was the Bees’ top runner overall, placing sixth.

North Marion finished fifth, led by sophomore Taylor Hess, who finished third with a time of 20:57.00. Hess’ effort Thursday will qualify her for states as an individual. The Huskies, though, will have to hibernate for the winter, but with coach Keri Richardson losing only one senior, the team sees room for growth.

“Wasn’t quite where we expected to finish,” Richardson said. “We had some rough sicknesses and other stuff at the wrong time. We struggled a little bit but we have a very young team and they’re looking forward to next year already.”

As for the boys, East Fairmont’s team secured third place just as their girls team did. Drew Moore placed sixth to pace the Bees, while Nathaniel Stuck and Charlie Hullderman placed 10th and 11th, respectively. After a dominant showing at the Big 10 Conference meet, East could not quite replicate that same success.

“Boys picked a bad time to have their worst race of the year,” Hibbs said. “However, it wasn’t terrible, just wasn’t as good as it could’ve been. Still third place, close to second place. Main thing is both teams advance, moving on, can train another week and have another race.”

Fairmont Senior was the fourth-place team Thursday, falling behind the third-place Bees by just one point, a total score of 63 to East’s 62. Jacob Angelo and Jasper Brown both finished inside the Top 10, but the Polar Bears still fell victim to playing against such a strong field.

“We all ran well, I was happy with all our guys, but the region is very competitive,” Fairmont Senior boys head coach Dayton McVicker said. “We have four of the top five teams ranked in the state, so we knew a very good team wasn’t going to make it out of regionals — that’s the case every year — and this year it just happened to be us. We’re the odd one out but I’m proud of the kids’ effort. They all ran such a great race it’s just that there’s four great teams here. One of them had to be on the outside looking in.”

North Marion’s boys placed sixth, though there were still bright spots in the Huskies’ day. North boys head coach Ben Richardson noted that several of his runners, like Thad Tennant and Gage Willis, set personal records during the race. Much like the girls’ team, Richardson’s boys are very young, and the rapid improvement was a welcome sign.

“I think they ran pretty well,” Richardson said. “Some of them set a couple [personal records] for this course, that’s always good, to drop time, that’s always a plus. We’re still really young, everybody that ran today was either a freshman or a sophomore, one junior. We’re not losing anybody.”

The state meet is set for Oct. 30 at Cabell-Midland.