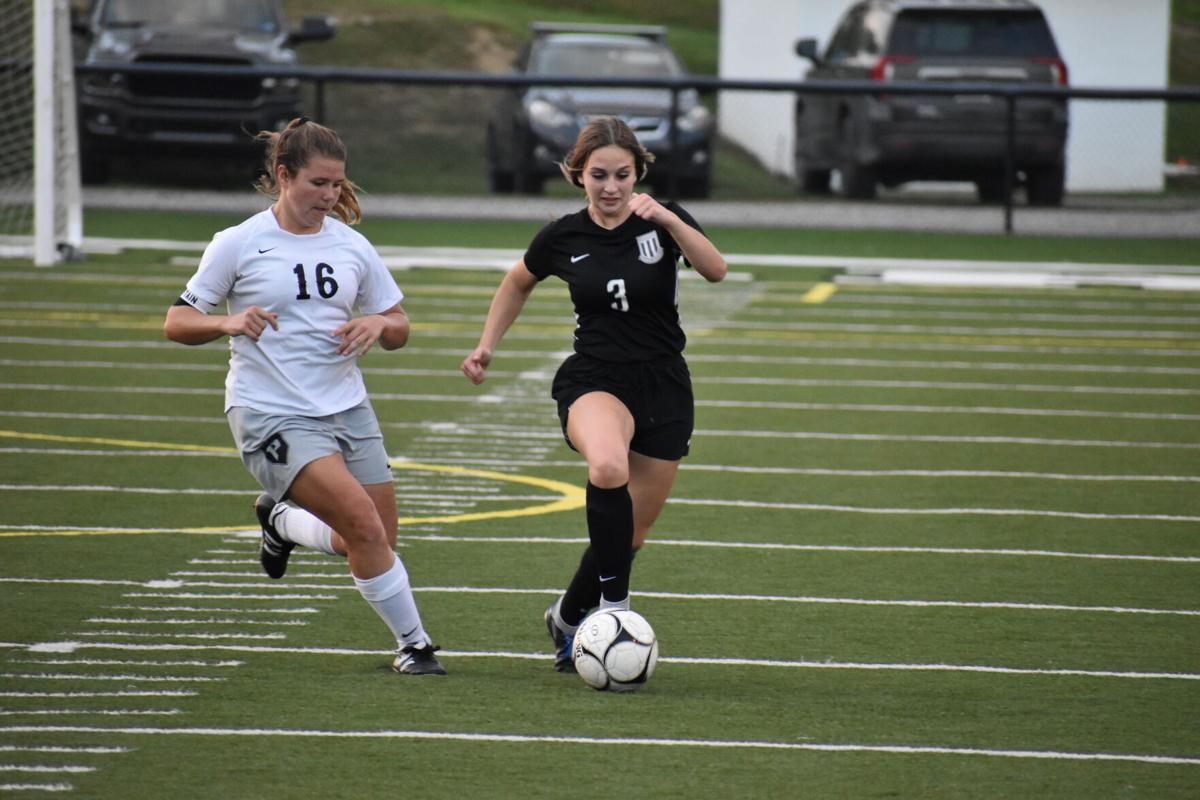 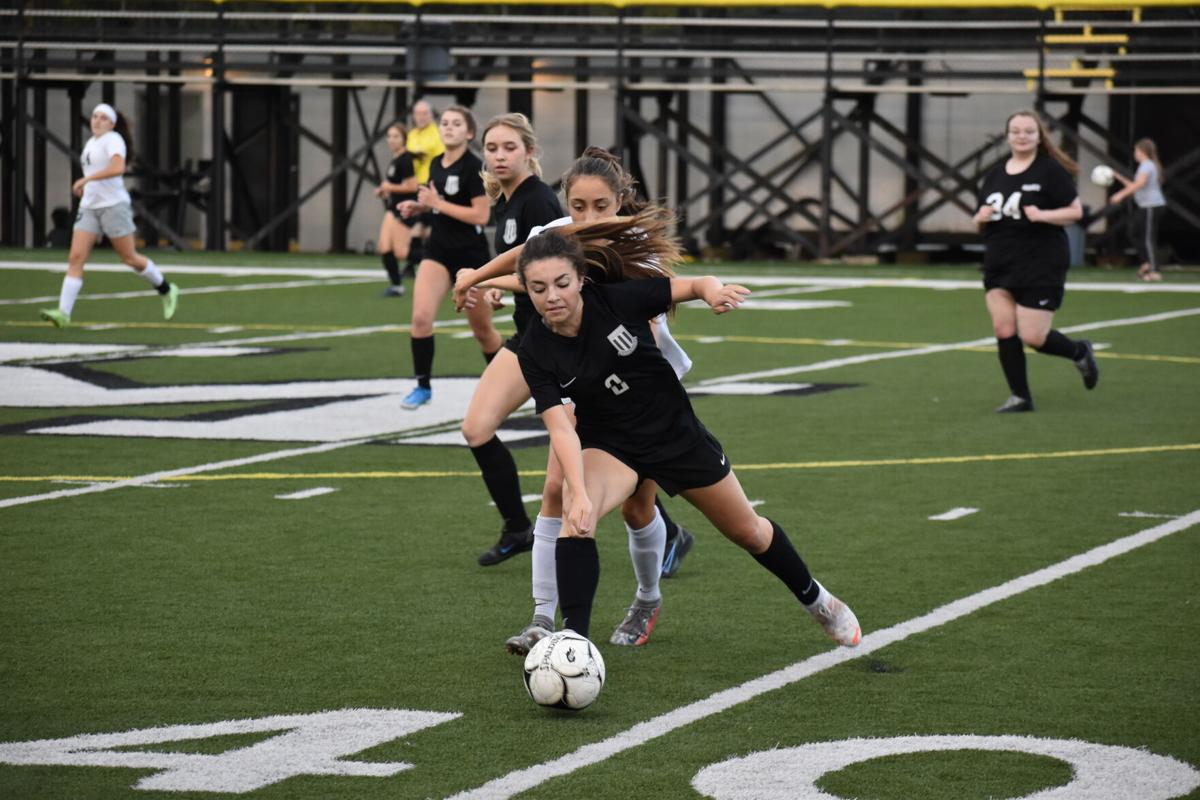 North Marion’s Kya Huggins keeps her balance while battling for the ball at Woodcutters Stadium. 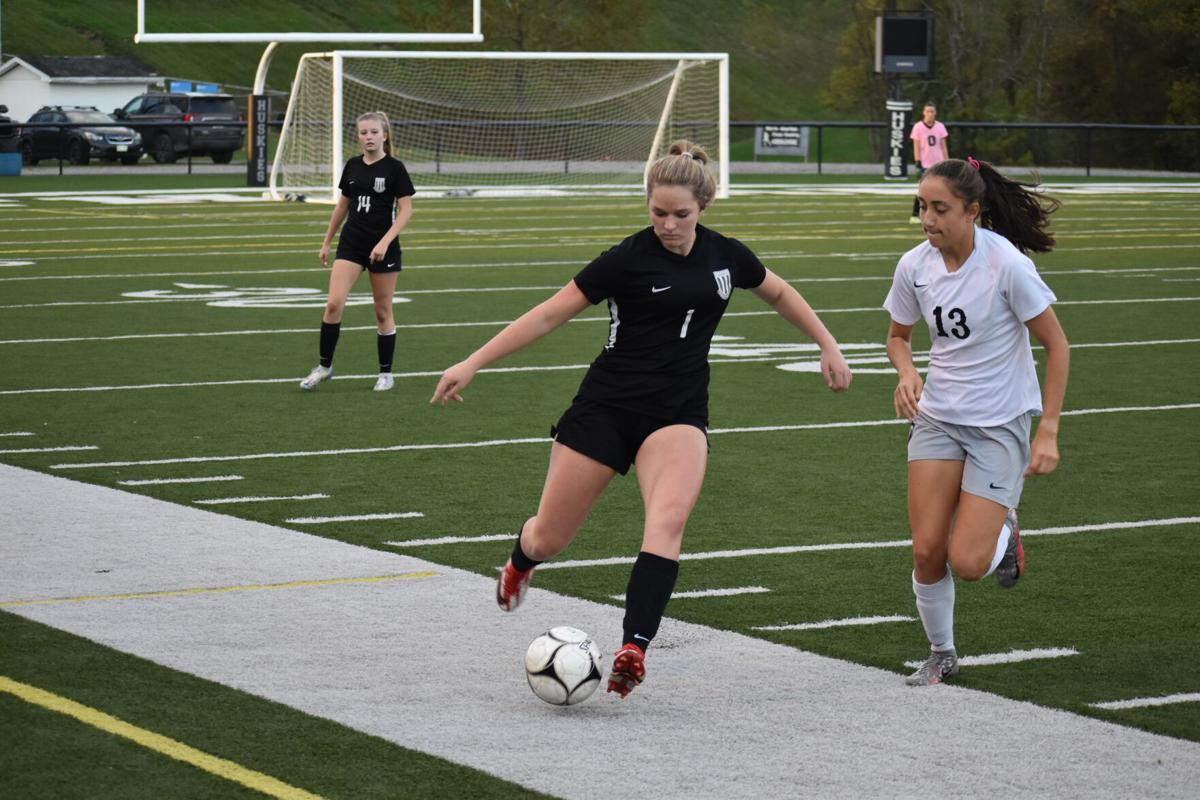 North Marion's Savannah Walls winds up for a kick along the sideline against Preston County. 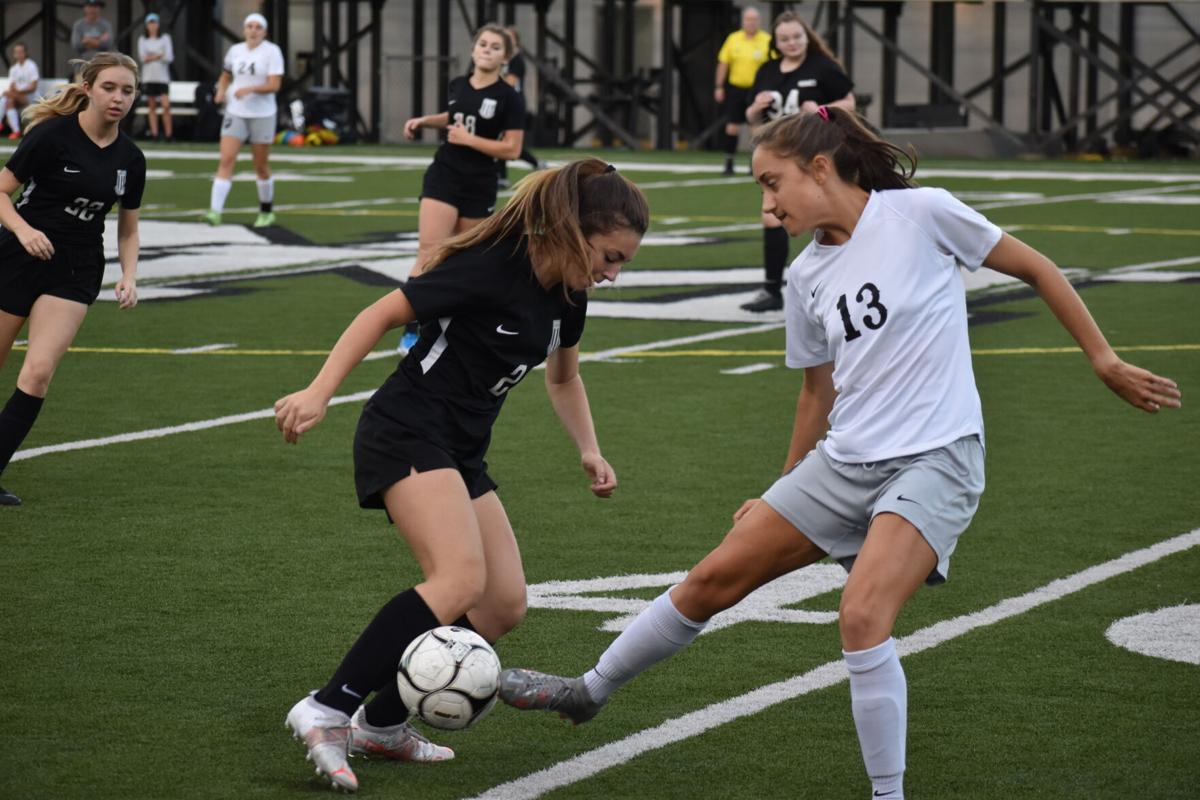 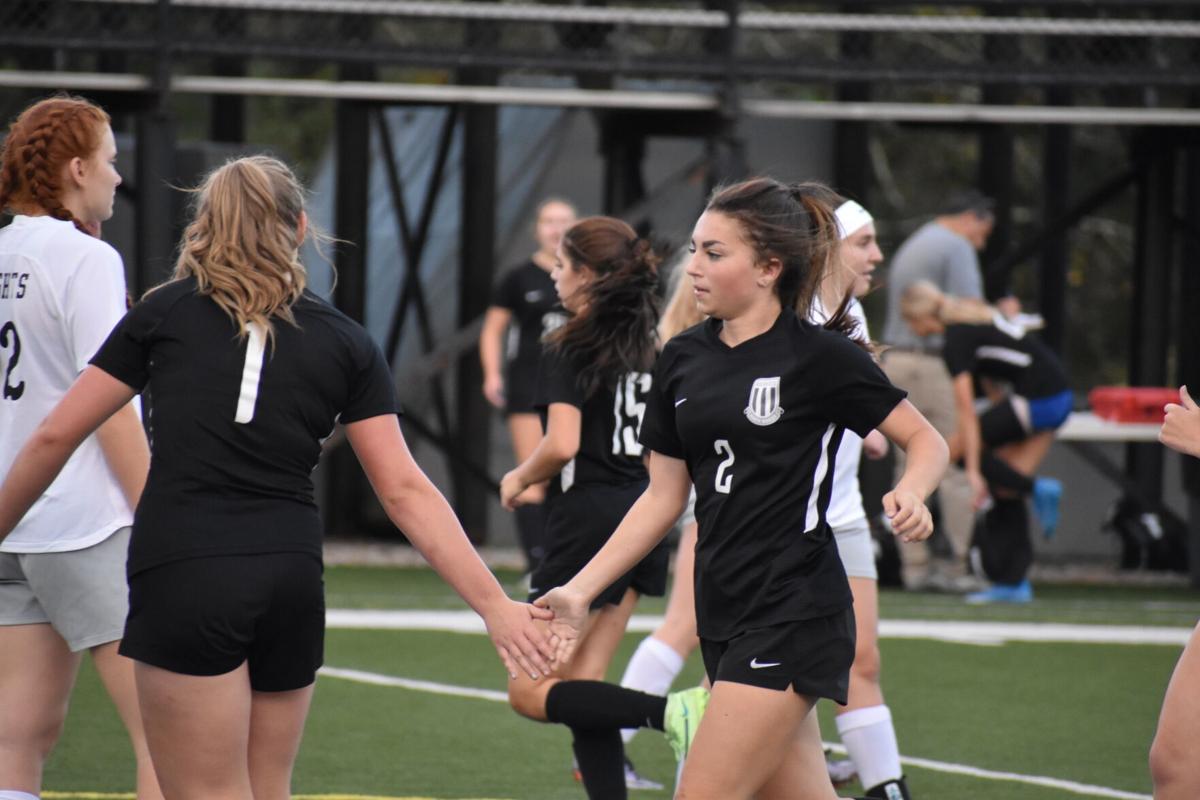 North Marion’s Kya Huggins keeps her balance while battling for the ball at Woodcutters Stadium.

North Marion's Savannah Walls winds up for a kick along the sideline against Preston County.

RACHEL — The first two minutes of play at Woodcutters Stadium held all the scoring the North Marion Huskies (7-11) required Tuesday to defeat the Preston County Knights (2-13-1).

North’s Kya Huggins gave her team a very early lead that would persist until the closing horn and end in a 1-0 victory.

Huggins’ score came in just the second minute of Tuesday’s match. Fielding a punt from goalkeeper Kayla Moore at midfield, Huggins took it down the middle of the Preston defense before letting loose a right-footed strike to the left side of the net, just out of reach of Preston’s laid-out goalie.

“She’s an Energizer bunny,” North Marion coach Denny Efaw said. “She goes and goes, and she’s been our leading scorer this season as a freshman. Really doing a good job. We’ve put her in the right spots and given her a chance.”

Huggins’ lone goal was enough for the Huskies to defend their home field, largely because of a backline that gave Preston headaches trying to flip the field. Savannah Walls, Gabrielle Conaway, Aubrey Barrett and Audrie Menas were key parts of a defense that delivered North’s fifth shutout of the season, and second 1-0 shutout.

“Our backline is solid,” Efaw said. “One of our two seniors’ on that back line. The rest are sophomores and a freshman. They’re solid.”

While the backline kept the ball in Knights’ territory and ensured North kept possession more often than not, Preston still had their chances.

An errant header from Marilyn Bell off a corner kick nearly tied the game in the 35th minute, and a long pass a minute later would have gone over the top of North’s backline and given the Knights a one-on-one at the goal if not for an impressive defensive play from Barrett, who leaped up to knock the ball back with a header of her own.

The Huskies had plenty of chances of their own, totaling 10 shots on goal — many of them being just a hair away from another goal. Huggins and Katlyn Hoy both narrowly missed out on additional scores in the first and second half, respectively, with Hoy’s chip shot from around 20 yards in the 67th minute mere inches away from avoiding the outstretched arms of the Knights’ goalie.

Despite the many near-misses, with a defense that did not allow any goals, a 1-0 game yields the same result as a 10-0 game.

“We came out a little quicker than how we have been,” Efaw said. “Connected on a few passes and got a quick goal. Then we got away from that the rest of the game, and it showed.”

The match concluded the Huskies’ regular season, while Preston County has one more match on the docket, a Thursday contest against East Fairmont.

North now moves into tournament play, starting next Monday. Their first opponent will be the Berkeley Springs Indians. The Huskies previously played Berkeley Springs early in the season, winning on the road.

“We saw them earlier in the season,” Efaw said. “I’m sure they’re a better team than they were then. [...] It’s all different, it’s a whole new season now with the sectionals starting.”