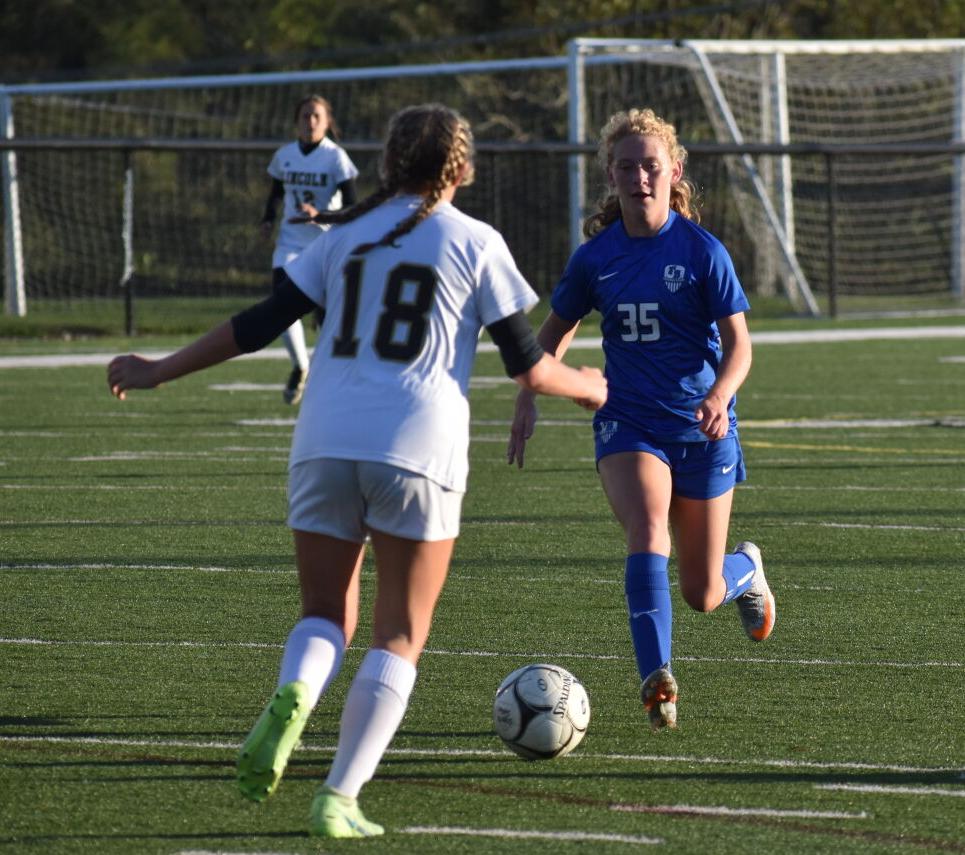 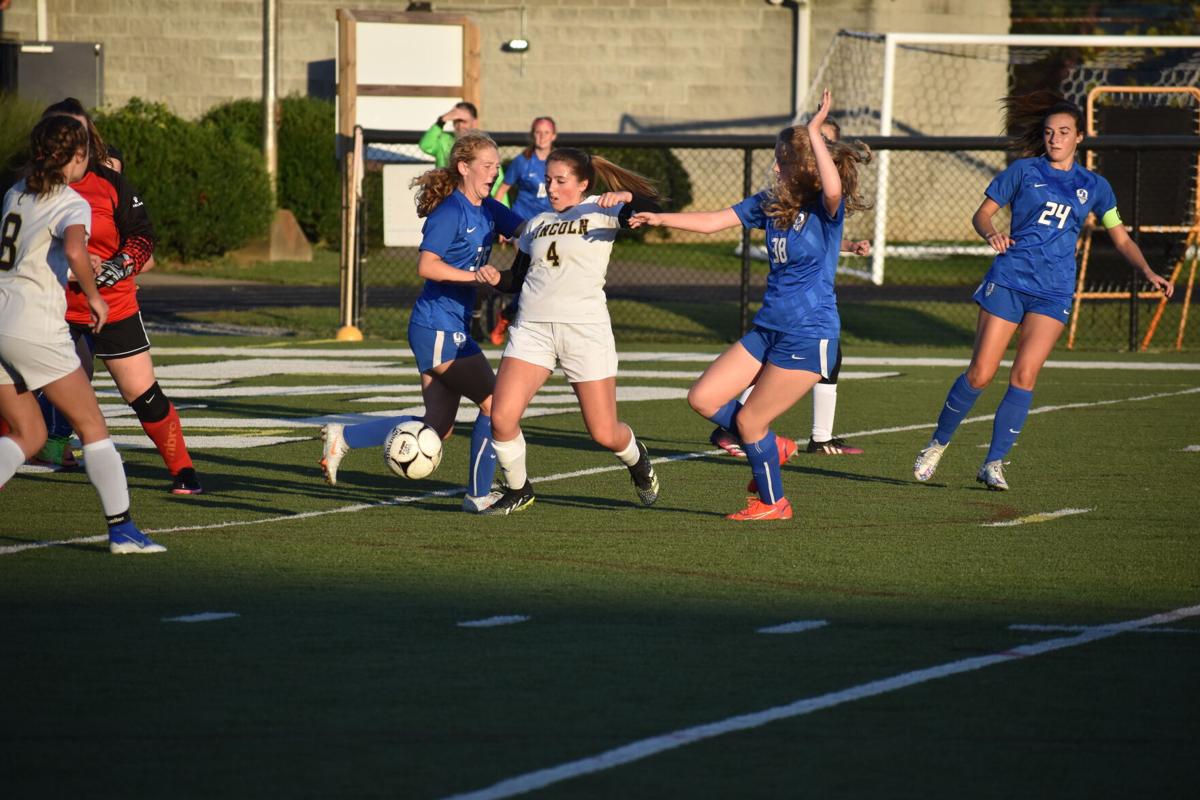 Fairmont Senior's Adaline Cinalli and Natalie Hannigan try to recover the ball against the Lincoln Cougars. 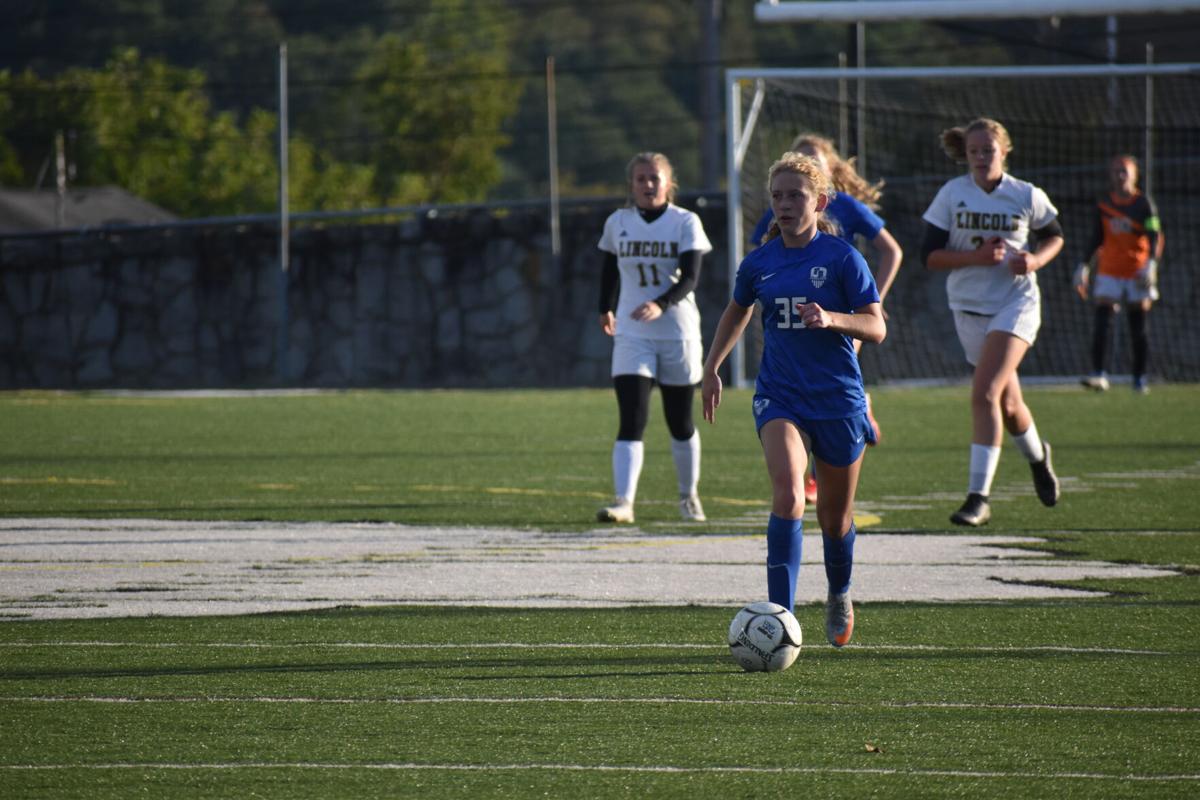 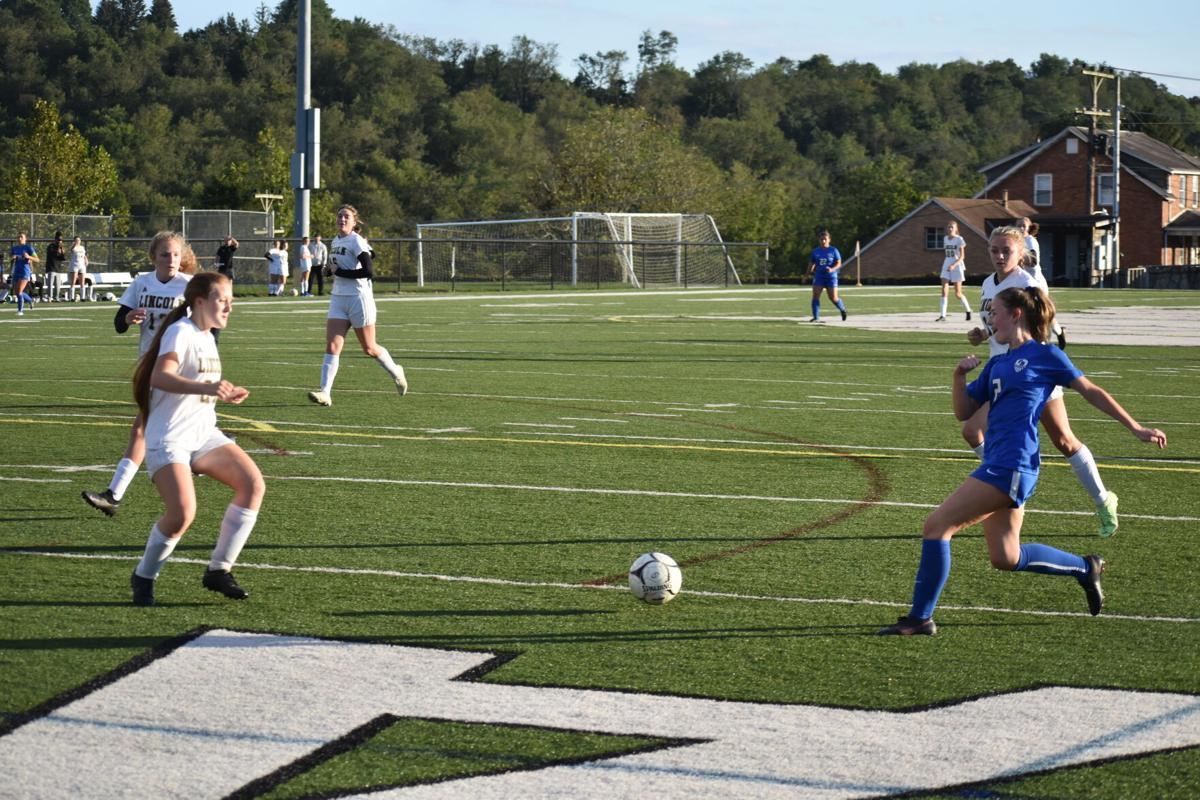 Fairmont Senior's Karter King shoots at the goal against the Lincoln Cougars. 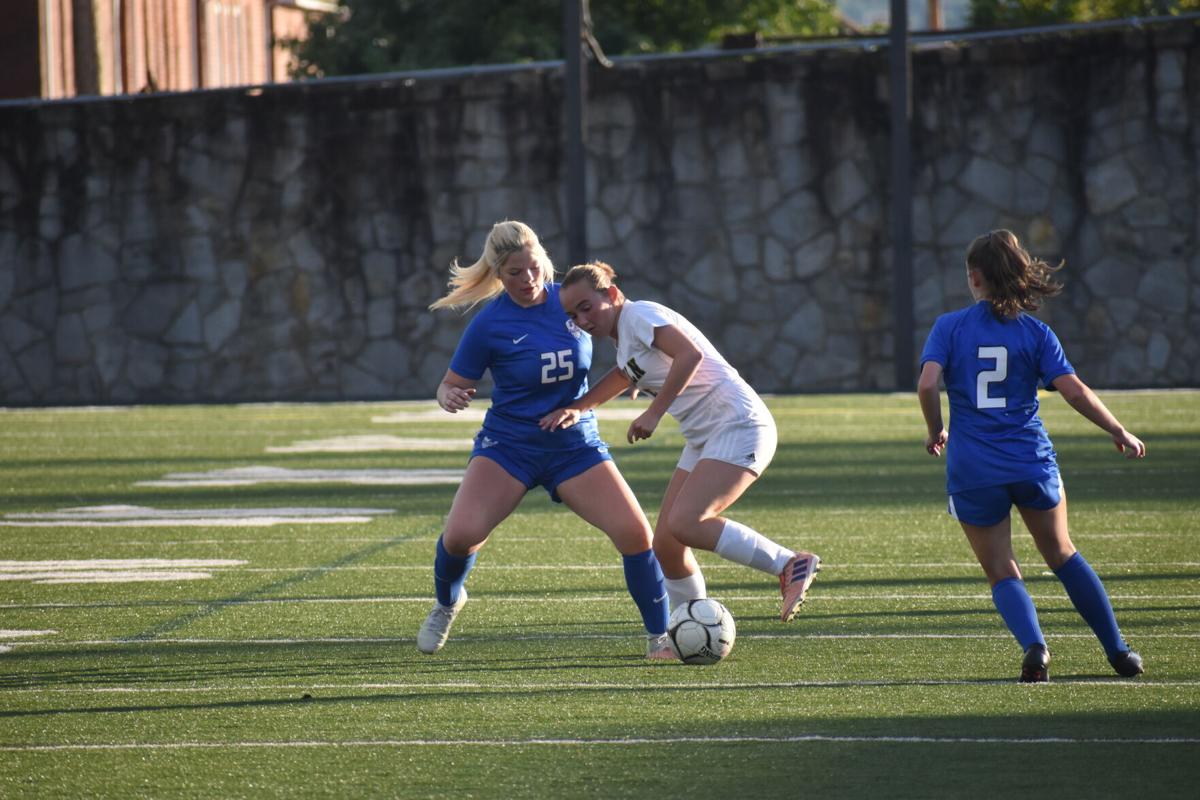 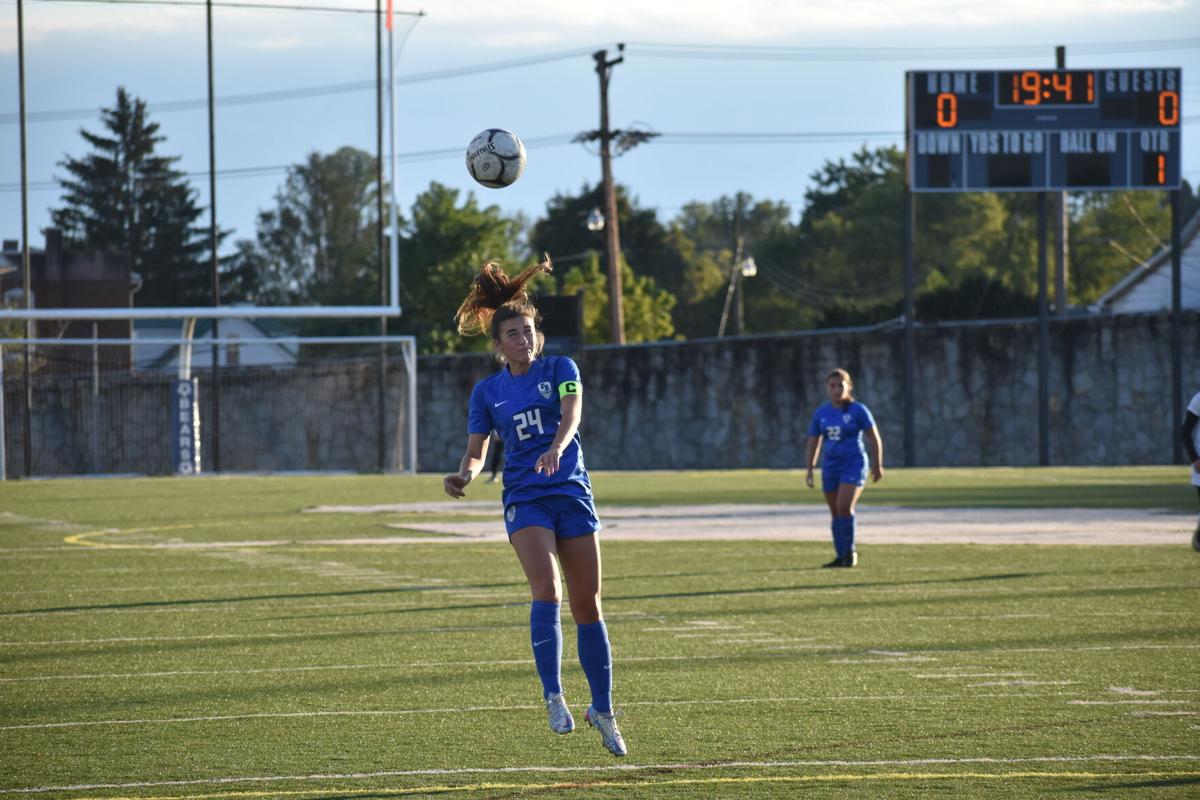 Fairmont Senior’s Joshlynn Boone fields the ball with a header vs. the Lincoln Cougars.

Fairmont Senior's Adaline Cinalli and Natalie Hannigan try to recover the ball against the Lincoln Cougars.

Fairmont Senior's Karter King shoots at the goal against the Lincoln Cougars.

Fairmont Senior’s Joshlynn Boone fields the ball with a header vs. the Lincoln Cougars.

FAIRMONT — As far as ties go, Fairmont Senior (6-4-2) had a good showing Thursday against the Lincoln Cougars (2-6-2). Allowing only two shots on goal, dominating time of possession, and putting plenty of pressure on Lincoln’s goalkeeper. Yet, despite the positives, the Polar Bears couldn’t get a score on the board throughout the contest, resulting in a 0-0 draw.

Lincoln didn’t record their first shot attempt until 31:35, on a hurried solo fast break after a clearance. That would prove to be the case for most of Lincoln’s offense, as their chances to score were limited to such occasions for the entirety of the match.

Fairmont Senior got as close as they would get to a score in the 25th minute after a corner kick was deflected among a sea of bodies at an angle off the inside of Lincoln’s crossbar, though Lincoln goalkeeper Delaney Haller caught it on the rebound.

Haller was busy all evening, withstanding a shelling by the Polar Bears offense, and recording 19 saves.

Players like Adaline Cinalli, Maura Stark, and Kylie Slagle put up plenty of shots in the first half, as Fairmont Senior never let up the pressure, but just couldn’t break through. The Cougars played a very defensive-minded game, leaving no player in Polar Bear territory as they committed all their bodies to point-prevention.

“They were playing a lot of players on defense which made it difficult to get the ball into the box where we could score,” Polar Bears head coach Jeff King said. “We had a lot of unlucky bounces, we took a lot of shots. Just, none of them went tonight. Don’t really have an answer for why none of them were dropping but we took a lot of good shots.”

Lincoln succeeded in mucking things up in close, as Fairmont Senior scarcely had time to gather themselves for a shot before having the ball knocked away.

As the second half progressed, King made adjustments, including opting to move Gribben up to the front.

“We were trying to mix things up,” King said. “Kate’s a great ball-handler, she’s good everywhere we put her. We were trying to just get that extra spark in the front, hopefully get a lucky ball and get it on her foot.”

Possession was somewhat more balanced in the first 20 of the second half, but Fairmont Senior resumed their dominance in the latter stages.

More scoring opportunities escaped the Polar Bears by a knife’s edge, such as when Haller dove to snag a Fairmont Senior pass to the outside, but had the ball pop out behind her as she landed. Karter King wound up for a shot on the undefended goal, but clashed with a Cougar who reached the ball at the same time, and the ball sailed out of bounds.

Lincoln tried to be more aggressive in the closing minutes, leading to a wild crowd as the ball pinged back and forth and the clock wound down. A Fairmont Senior shot from midfield as the final buzzer sounded was the last, desperate attempt at breaking the scoreless tie.

“It’s not the result we wanted, but it’s not the result we didn’t want,” King said. “We’ll walk away from this, we’ll learn from it, we’ll look at the tape tomorrow or later on this evening, we’ll figure out what worked, what didn’t work, and we’ll make adjustments for Saturday.”

Saturday brings the Berkeley Springs Indians to East-West Stadium, as the two teams are scheduled to face off at noon.