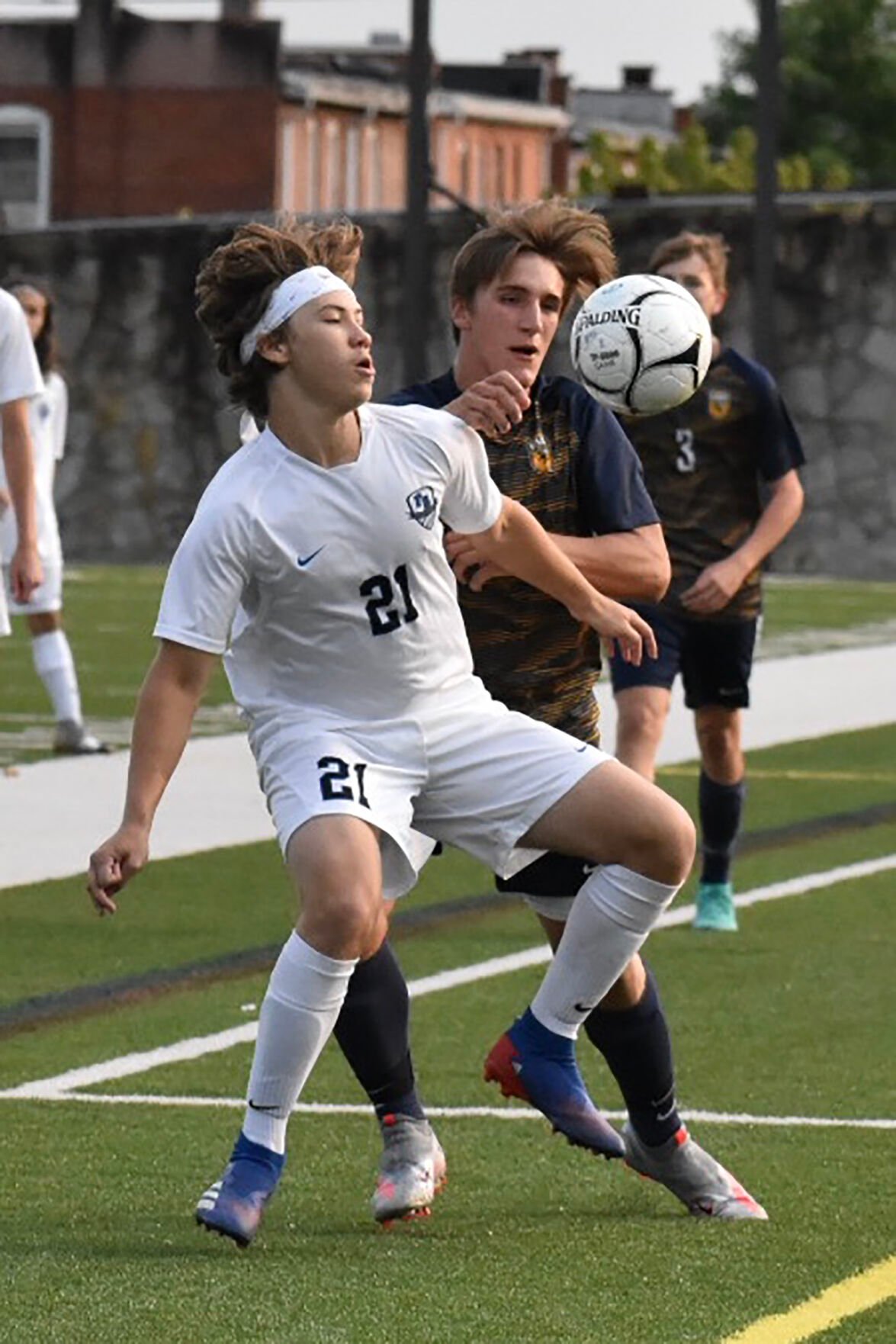 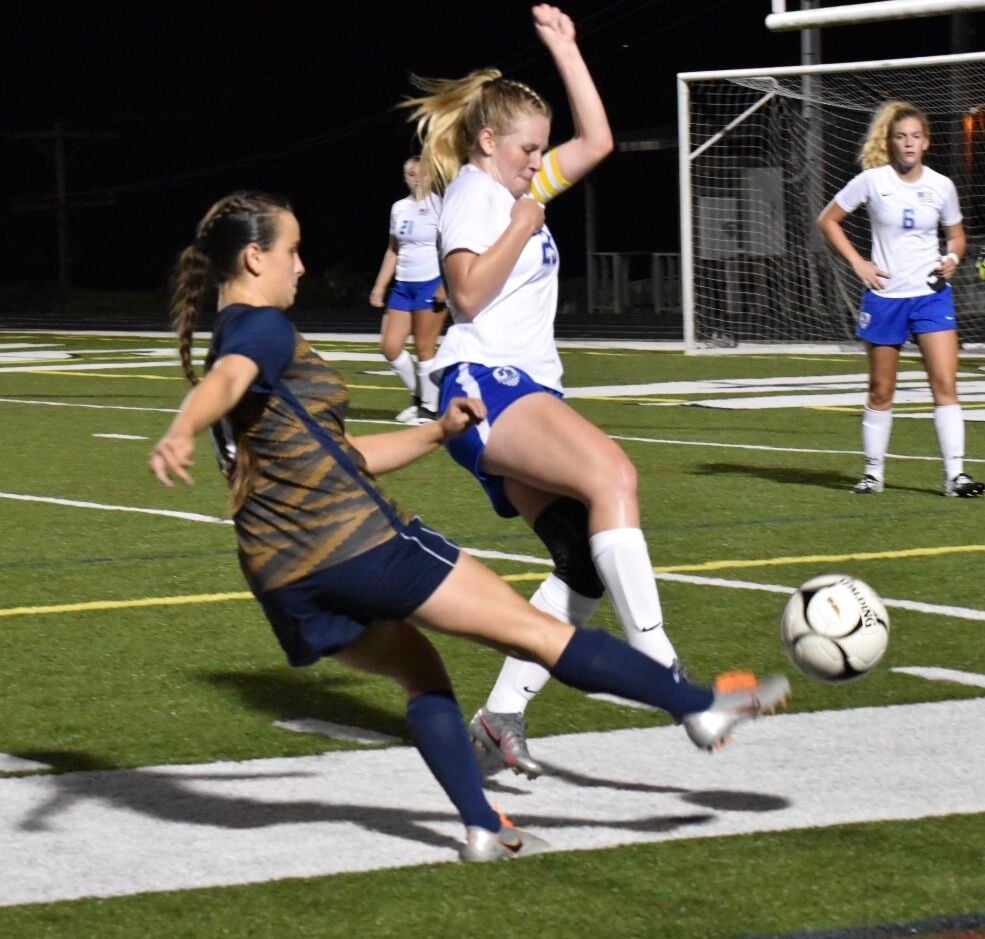 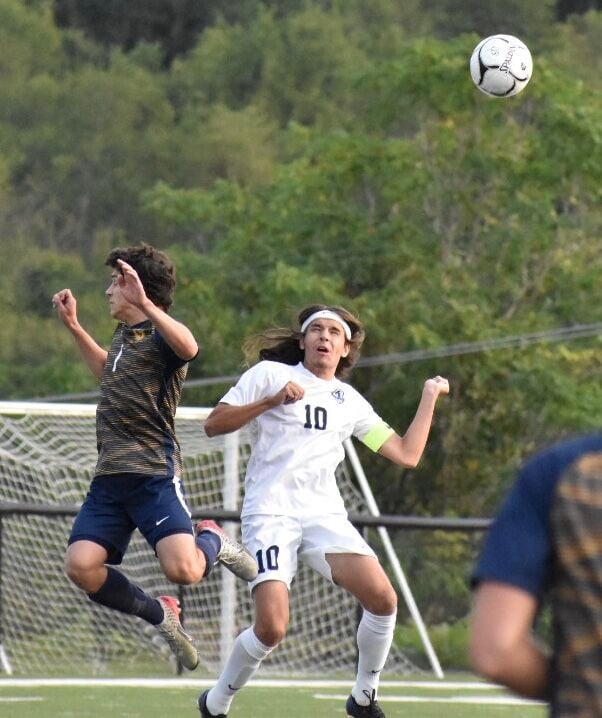 FAIRMONT — A crosstown rivalry, one full of history and stoked in recent years by a run of classic games, hit the field again for its latest installment on Tuesday as East vs. West took center stage in the Friendly City.

To open the day, however, Fairmont Senior upended the drama that has hung over so many of the series past meetings as the FSHS boys made good on their favorite status and took it to the Bees with a 6-2 victory.

Then in the girls’ night cap, the Lady Polar Bears fended off the Lady Bees 1-0 in a defensive struggle when Tricia Lemasters scored the game’s lone goal in the 36th minute to give West side the sweep. The win improved FSHS’s record to 3-1 while dropping EFHS to 6-1.

In the boys’ game, the Polar Bears burst out to a 3-0 lead by halftime after they overcame a slowish start and planted three goals on the Bees in the first half’s final 16 minutes.

Nate Flower, who had a pair of goals for Fairmont Senior, opened the scoring in the 24th minute when he carried his dribble deep down the left flank along the end line before turning the corner and overpowering the tip save attempt by East Fairmont goalkeeper Nick Myers.

Thirteen minutes later, FSHS doubled its lead when star midfielder Jonas Branch launched a pinpoint chip pass across the field to Denzel Duvert in a run down the right sideline. Duvert gathered, dodged an EFHS defender and then slipped a shot just inside the near post for the goal.

But it was moments later in the 39th minute when Fairmont Senior delivered the dagger. With just a minute until half and the Bees still within shouting distance despite the two late-half goals, the Polar Bears drew a foul just outside the 18-yard box to set up a free kick chance. Bubby Towns and Jonas Branch worked their criss-cross fake on the set piece and Branch’s direct shot at the goal banged off the inside of the far post and into the goal for a 3-0 lead.

East Fairmont finally got on the board in the 50th minute when it played a cross pass into the top of the 18-yard box to senior Luke Hawranick for a one-touch control and shot sequence.

But the Polar Bears pushed the margin back to three scores in the 65th minute on Flower’s second goal and then Towns made up for an off-shooting first half in his book with a pair of late goals to make it 6-1.

East Fairmont’s Ashton Cole scored the game’s final goal on a header off a corner kick.

The Fairmont Senior victory, which was the team’s second straight game without injured star center back Isaac Branch, offset a tough road loss to Scott over the weekend and moved the Polar Bears’ record to 5-1. East Fairmont fell to 3-2.