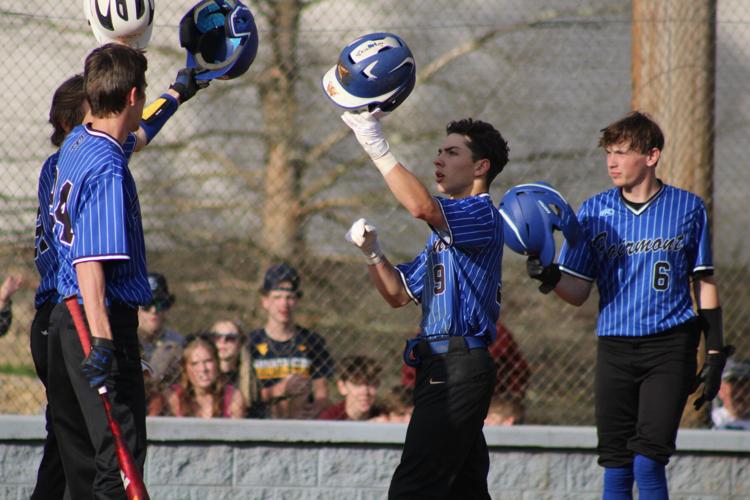 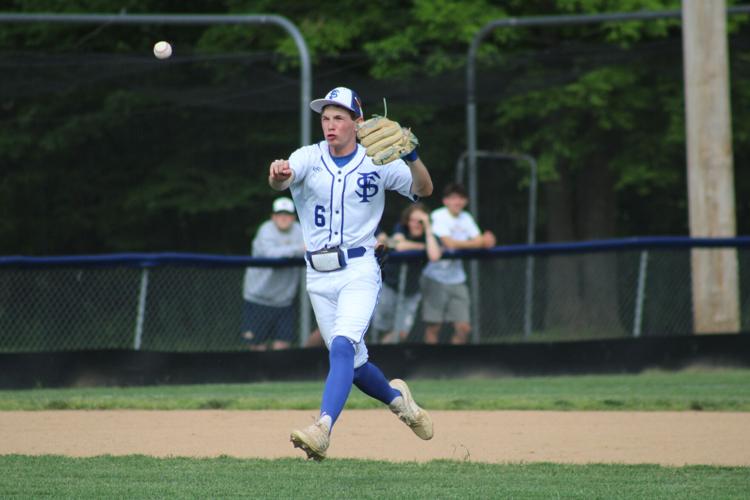 Fairmont Senior’s Dom Viani makes a throw to first base. 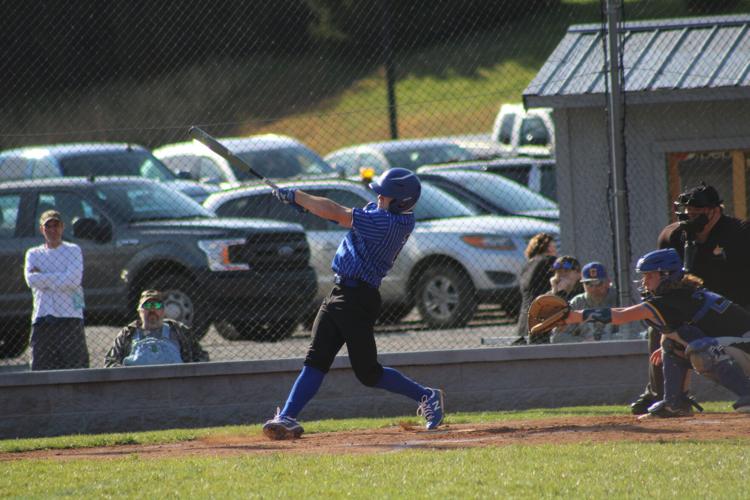 Fairmont Senior’s Dom Viani makes a throw to first base.

FAIRMONT — Fairmont Senior thoroughly beat their regional opponent Keyser Golden Tornadoes in two games last week to earn a spot in the 2022 WVSSAC State Baseball Tournament. There, they expect to face the best teams from all of Class-AA, from all around the expanse of the over-24,000 square mile state of West Virginia.

But their first opponent? Just a town away. Within their own conference, in fact.

The Fairmont Senior Polar Bears (No. 3) will face the Robert C. Byrd Eagles (No. 2) Thursday, in the evening game of the WVSSAC’s four-team state tournament.

The two teams played this past regular season, with Fairmont Senior winning 9-4 on April 26. In that game, Gunner Riley and Evan Dennison drove in three runs each.

Fairmont Senior currently boasts a 21-9 record. Riley leads the team in batting average (.462), while he is tied for the team lead in stolen bases with 15, a number matched by Dennison. Gavin Blair paces the team in home runs and RBI’s, with eight and 37, respectively.

After enduring a six-game losing streak to start April, Fairmont Senior looked progressively better as the season went on.

“We had a couple bumps along the way,” Fairmont Senior head coach Dave Ricer said after the Bears’ regional win against Keyser. “And we always knew, we told our kids, we could be the only team in the state that could either go to states and make some noise down there or be out in the first two games of sectionals. It was just depending on how they decided to come out and play and the last two weeks they’ve played.”

A noticeable part of that improvement has come out in the field on defense.

“In the beginning of the season, we’ve always been able to swing it, but in the field we were making a bunch of errors,” Fairmont Senior’s Gavin Hissam said after beating Keyser in regionals. “Now we’re pretty solid in the field and we’re still hitting, so we’re solid everywhere.”

“Whenever you get hot at the right time, that’s what the playoffs are all about,” Blair said after his team’s regional win. “Our defense has really come into what it should be, and moving a couple people around is what really made that happen.”

For Robert C. Byrd, they come into the tournament as the No. 2 team after a regular season that saw them go 26-9.

They lean on some great pitching of their own, headlined by the trio of Luke Sperry, Nathanial Junkins and Nicholas George. Sperry led the Eagles with a 2.12 ERA, while George posted a 2.67 and Junkins a 3.78.

Junkins is just as, if not more impressive at the dish, where he slugged eight home runs, 25 doubles and two triples — all team-highs — while also driving in 46 runs, followed by George with 39 and Sperry with 32.

The three Eagles are important to Robert C. Byrd, but this is a lineup that thinks of itself as more than a three-man band.

“I think, offensively, we’re pretty well-rounded 1 through 9,” Robert C. Byrd head coach Tanner Hill said. “We’ve got some power in the middle, but we’ve also got speed. We bunt. We use the hit-and-run. We do a lot of things offensively that’s tough to slow down.”

The Polar Bears return to the state tournament for the first time in nearly 10 years, but they still boast a team of experience in big games. Fairmont Senior has had an impressive year as a school, reaching state title games in five team sports this year alone. Players like Evan Dennison and Dom Viani have played in championship-winning football and basketball squads this season.

Fairmont Senior comes into the tournament as an underdog, which is still a position players like Dennison are accustomed to in recent history, with the football team winning the state championship as the 16 seed.

The two conference foes face off Thursday at Appalachian Power Park in Charleston, 50 minutes after the conclusion of No.1 Logan vs. No. 4 Shady Spring, which is set for a 4:30 p.m. first pitch.