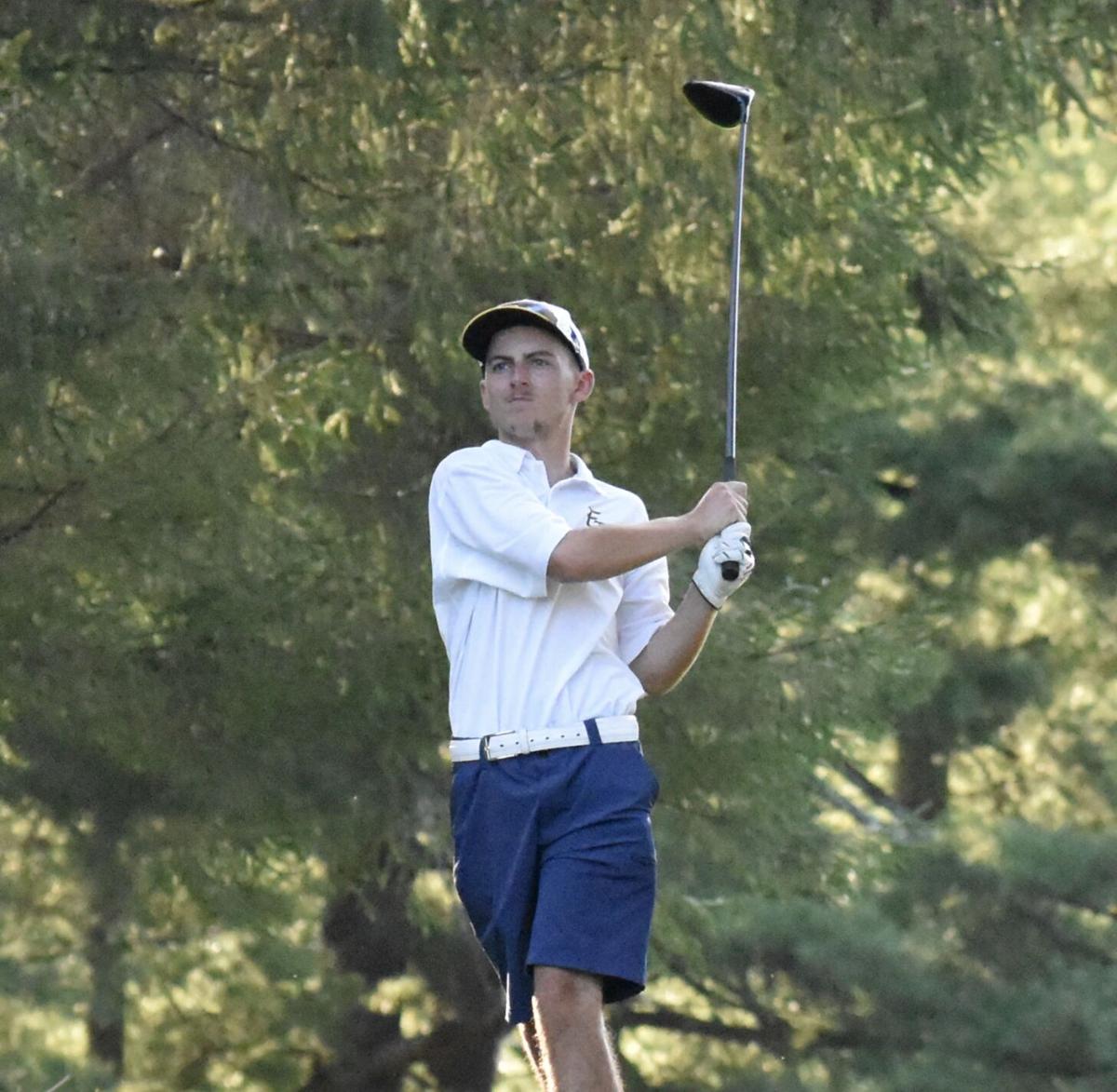 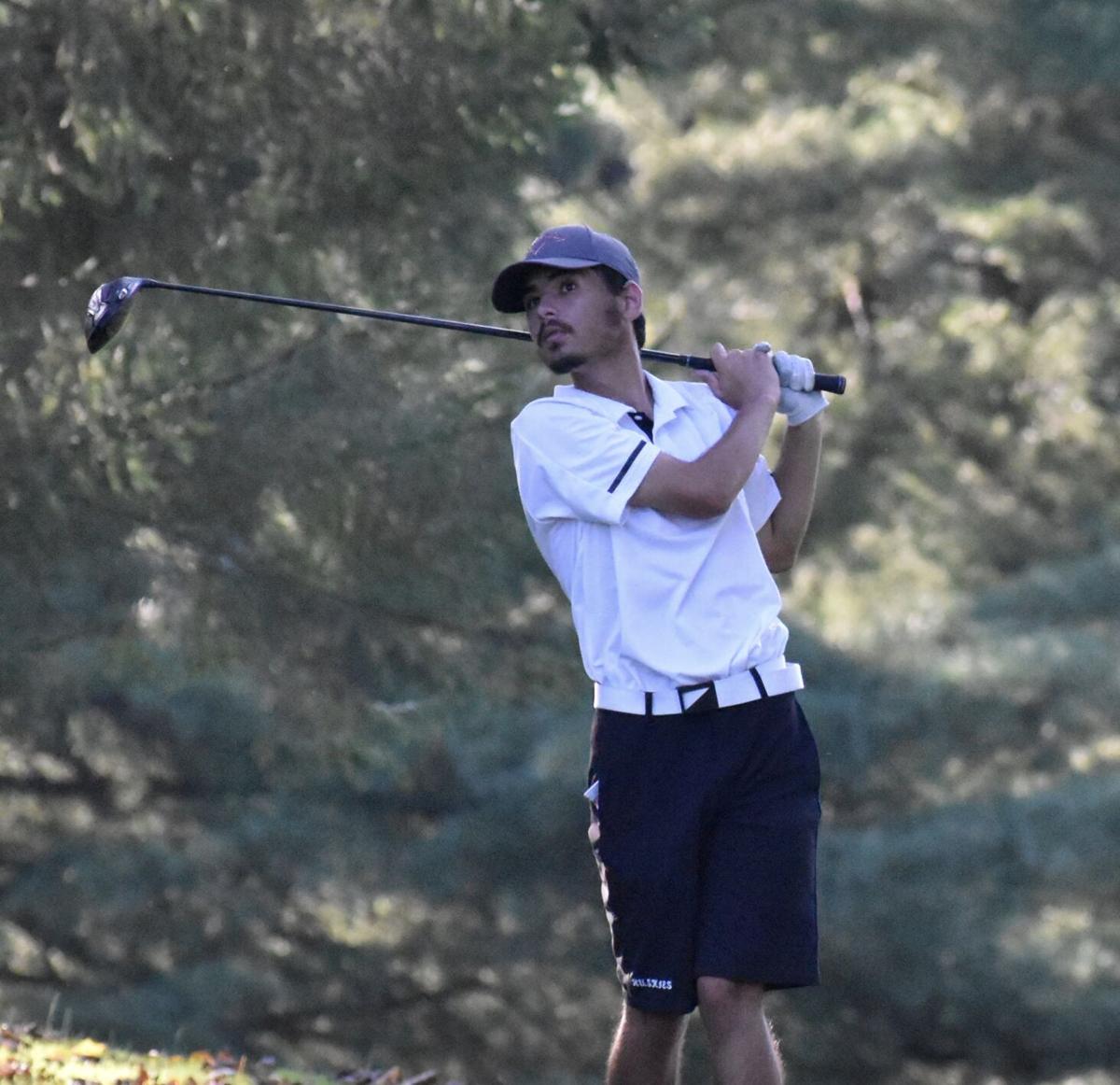 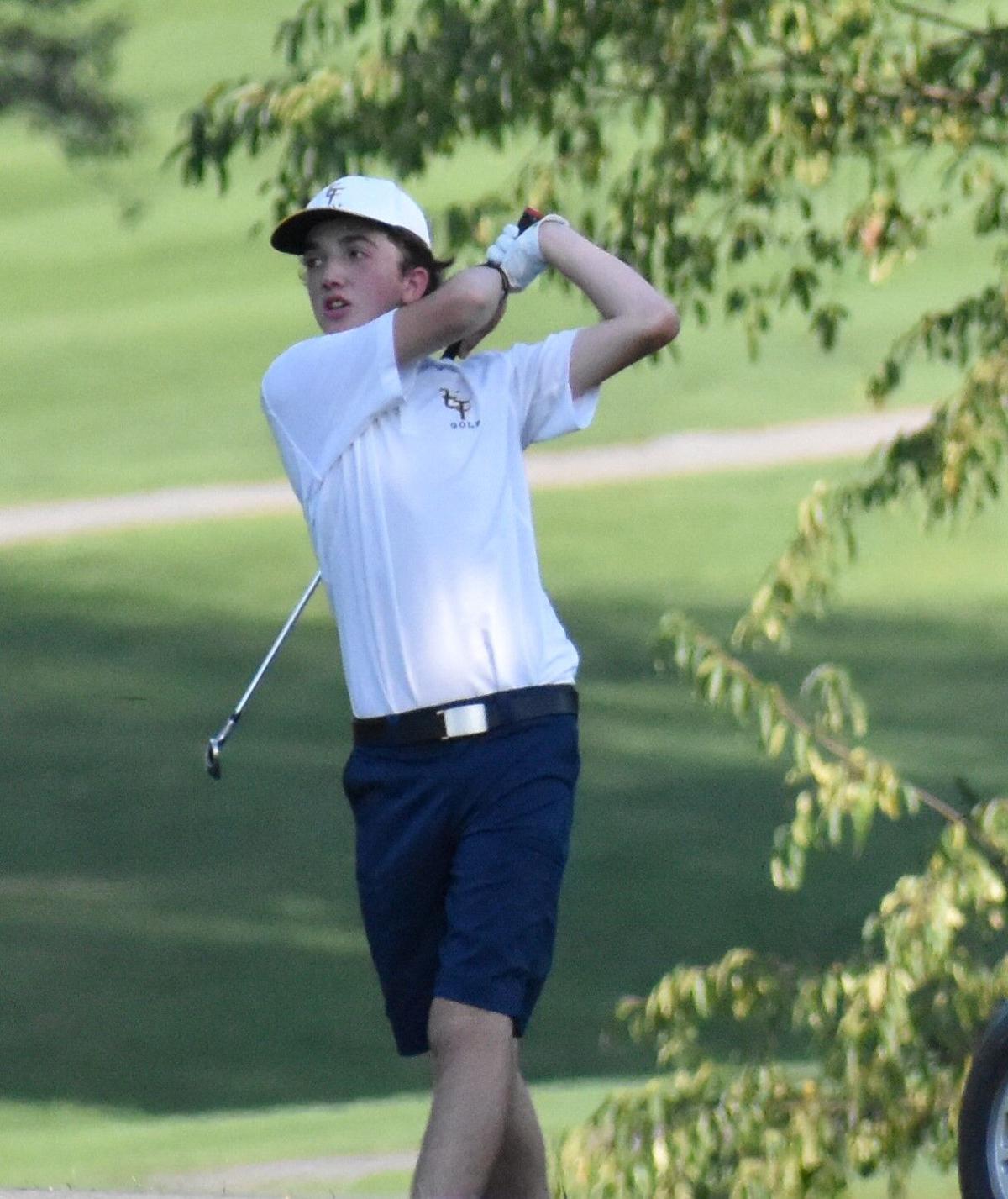 East Fairmont's Tanner Bartholow follows through on a shot. 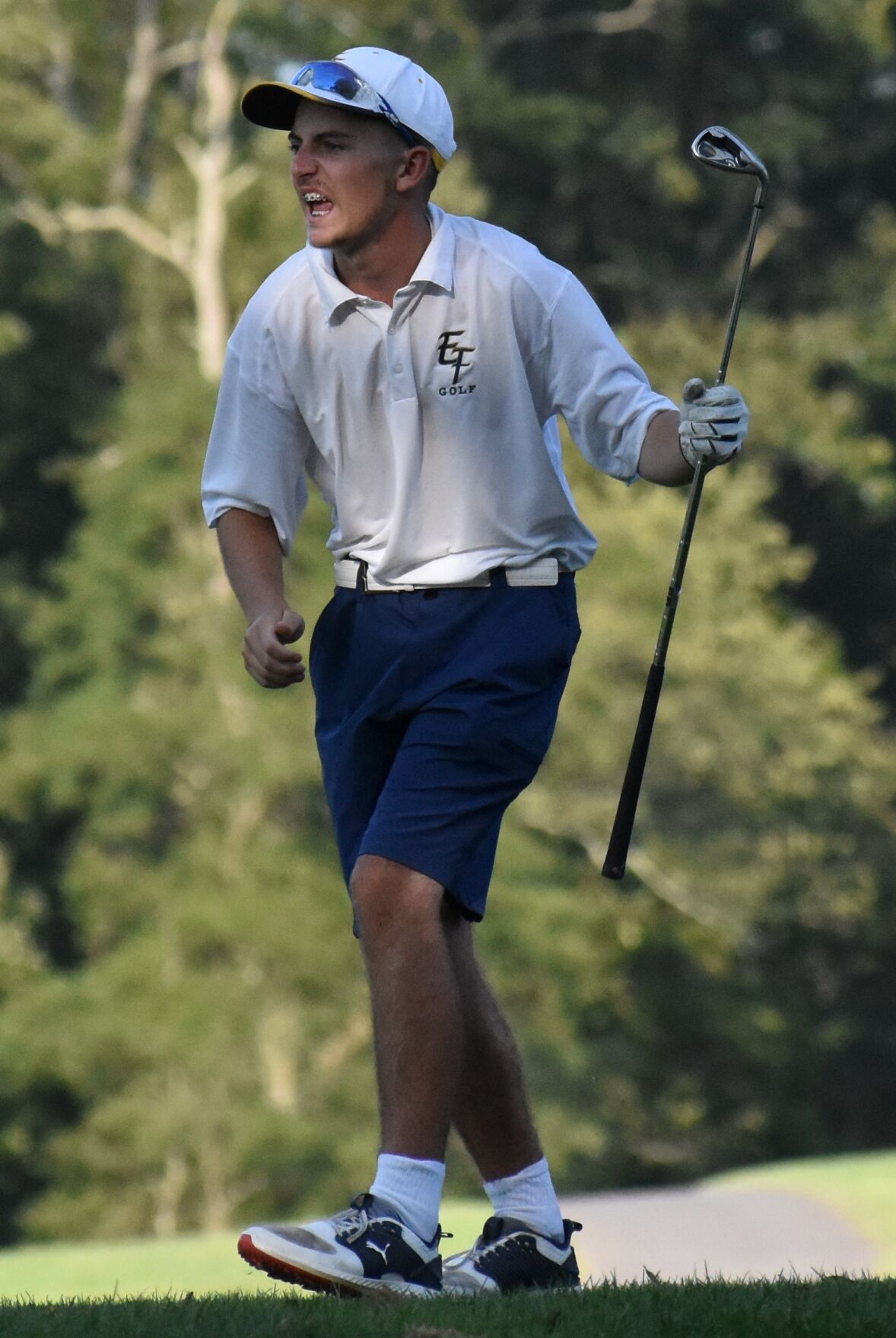 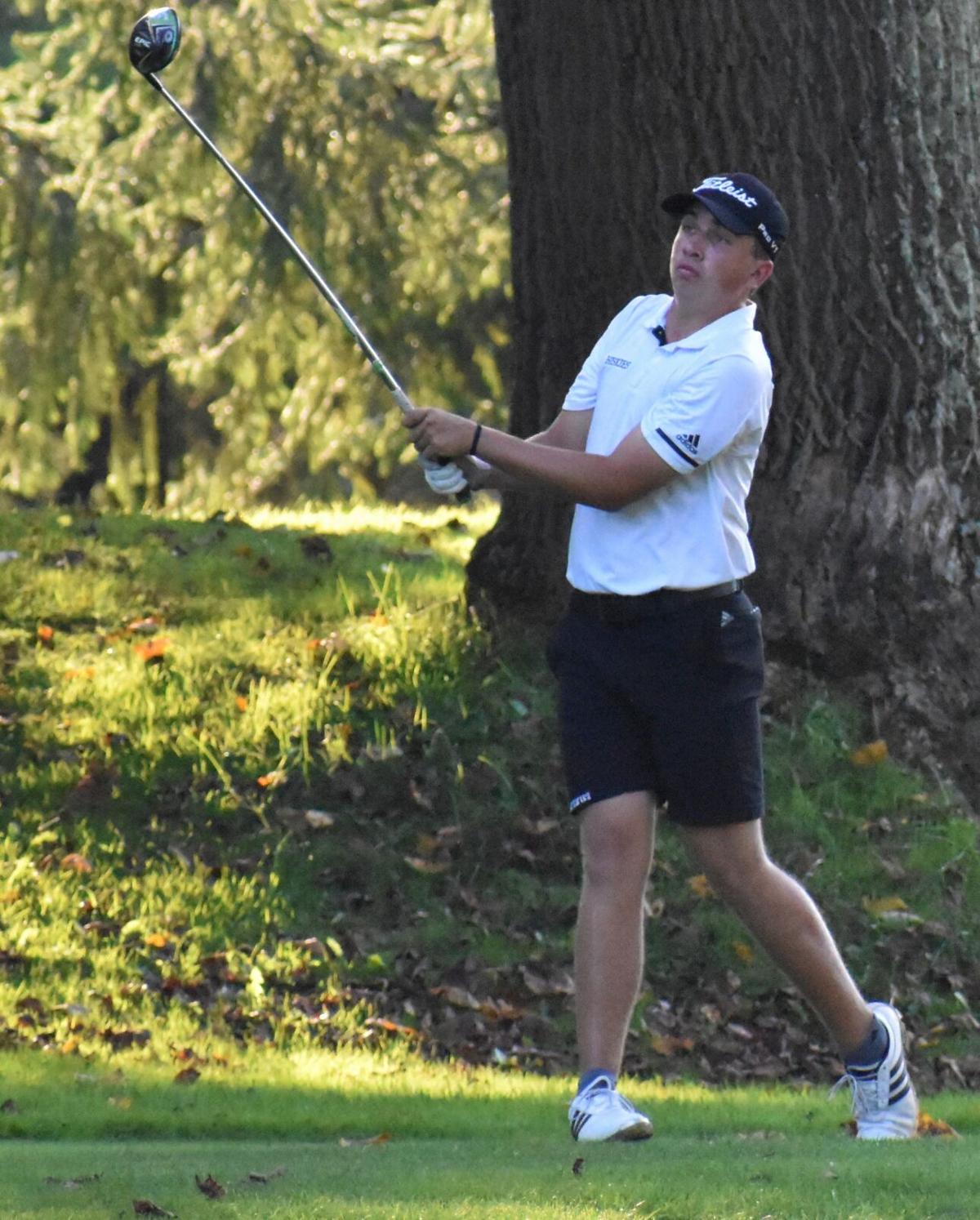 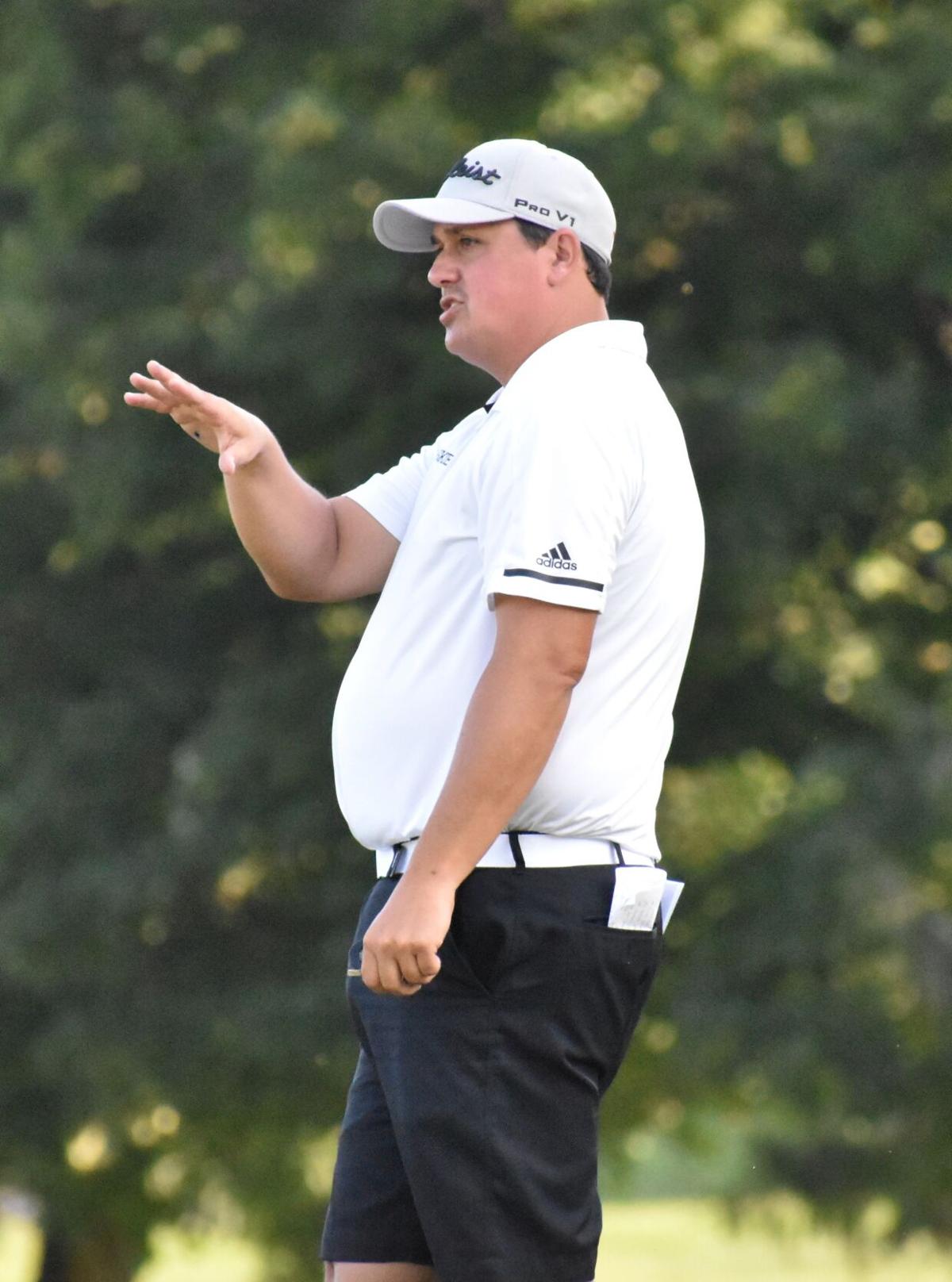 North Marion coach Chance Hearn talks to a Huskies player during a match earlier this season. 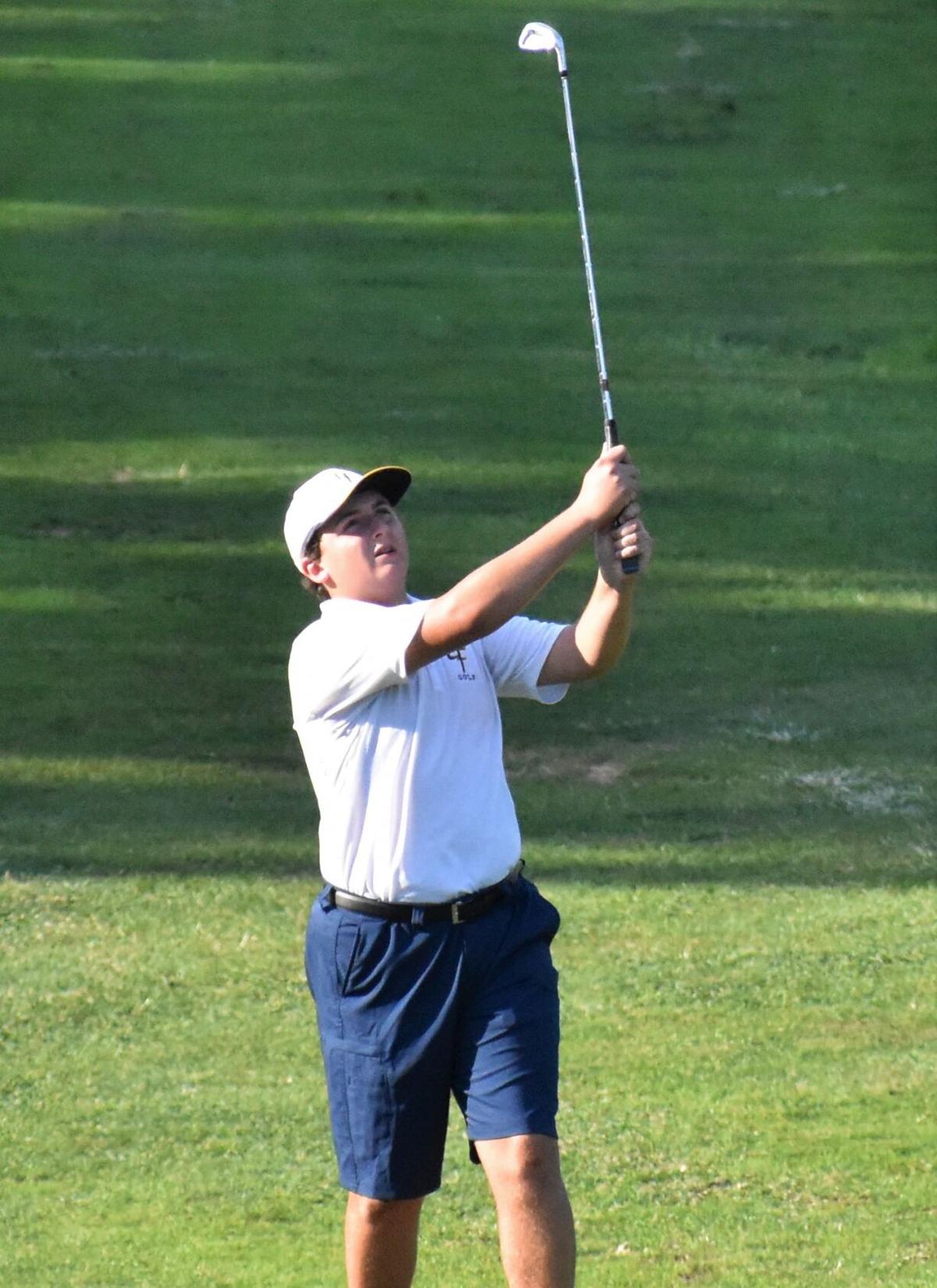 East Fairmont's Jacob Laya hits a shot from the fairway. 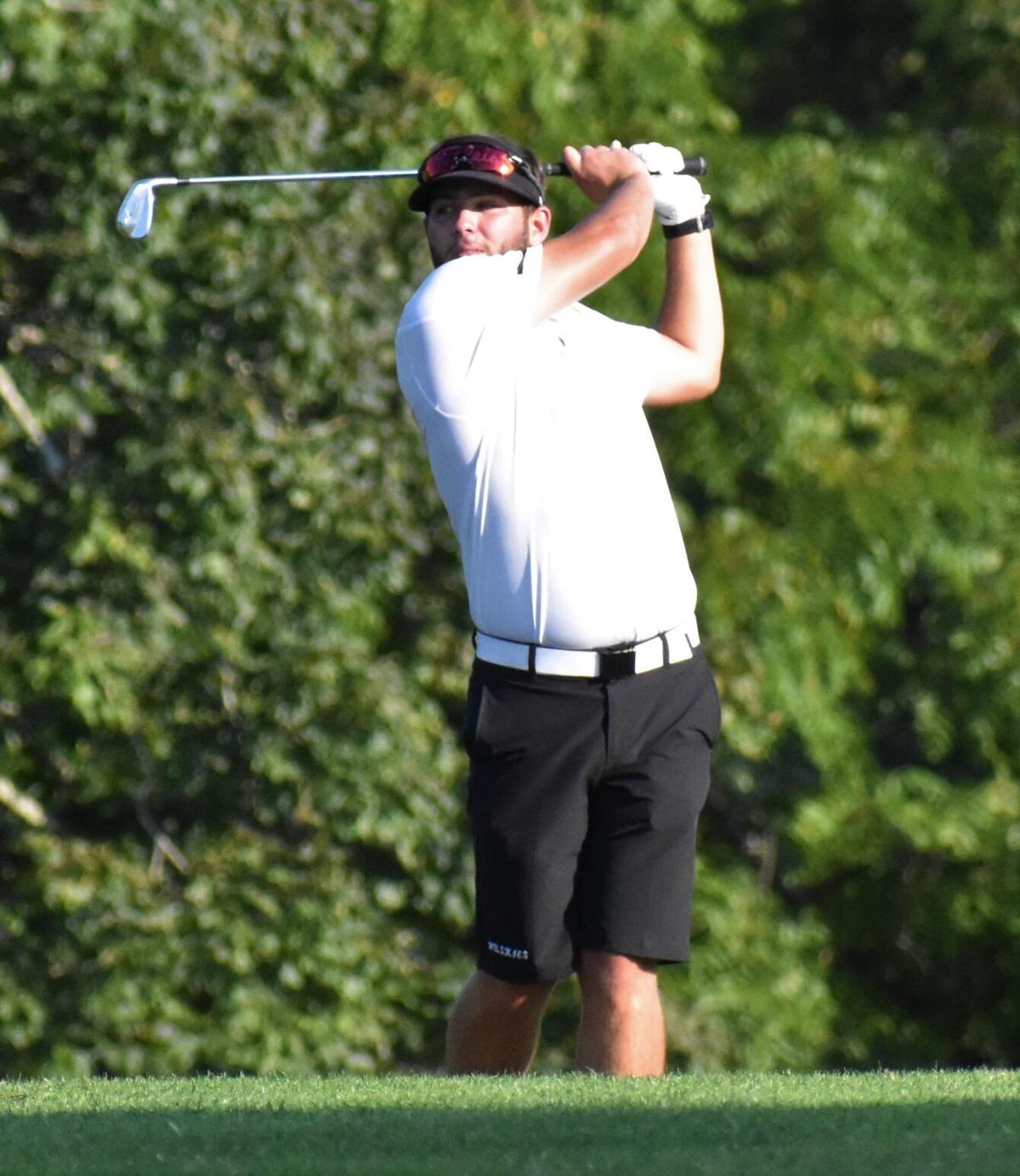 North Marion's Bryce Rhoades follows through on a shot. 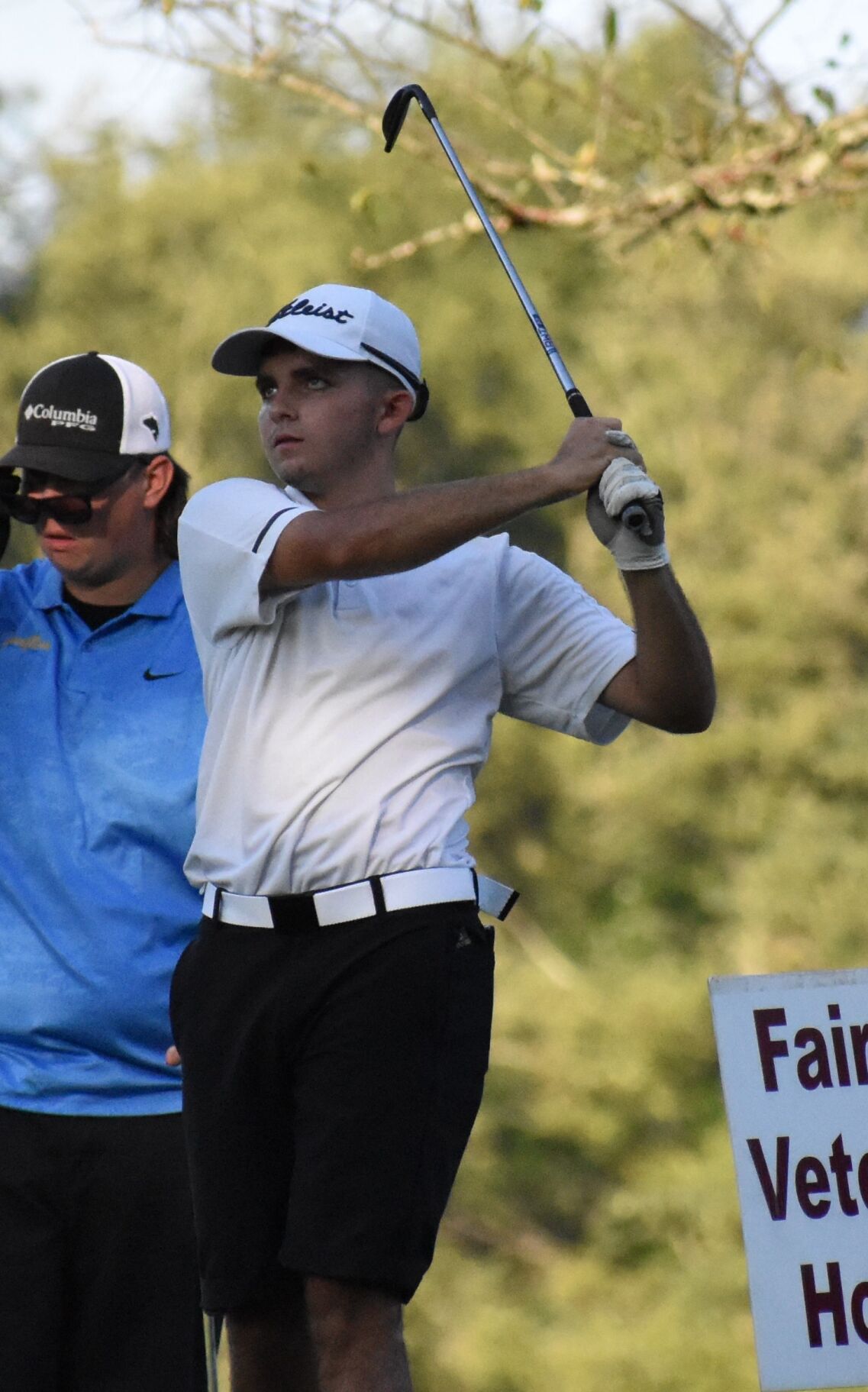 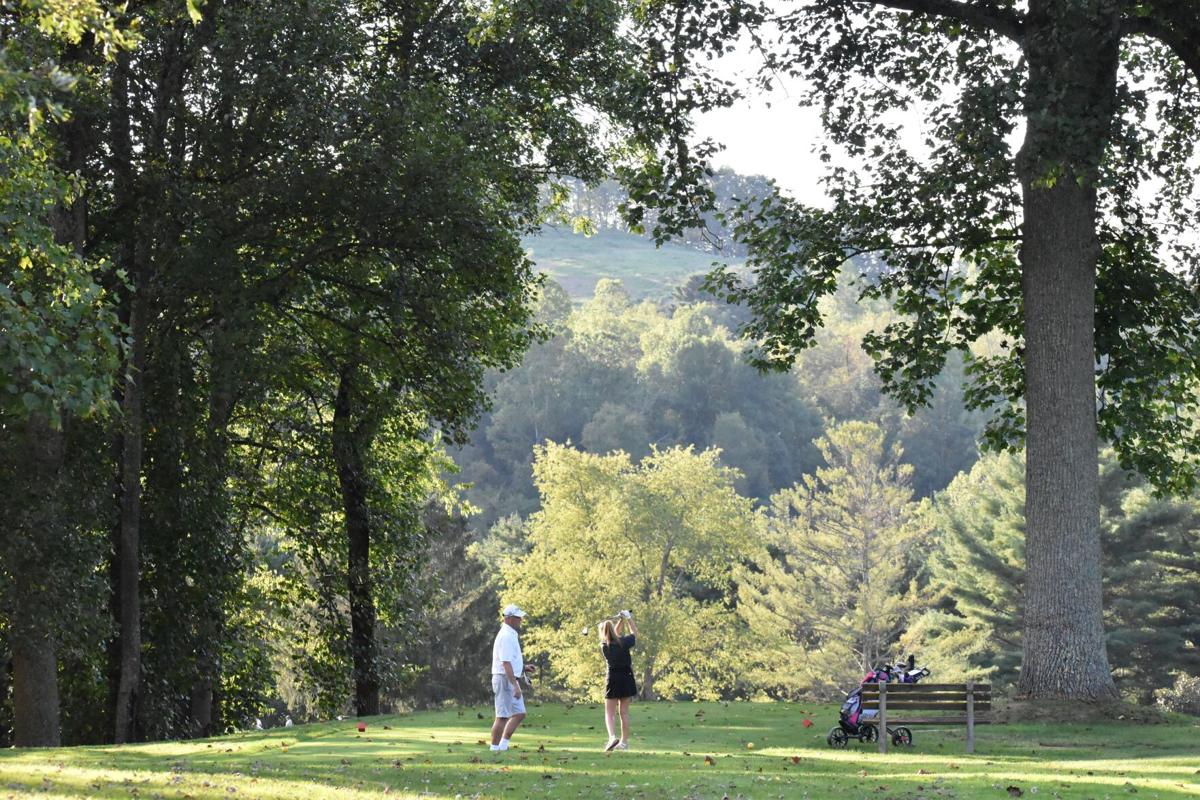 East Fairmont's Tanner Bartholow follows through on a shot.

North Marion coach Chance Hearn talks to a Huskies player during a match earlier this season.

East Fairmont's Jacob Laya hits a shot from the fairway.

North Marion's Bryce Rhoades follows through on a shot.

MONONGAH — Wednesday’s celebration was always a guarantee. The possibility of the one looming in about another month’s time, however, was anything but.

Four years ago when North Marion’s three-man 2021 senior class of Michael Harris, Bryce Rhoades and Preston Ice entered the golf program, their senior night at Wednesday’s quad match was an inevitable ceremony meant to recognize their time as Huskies. But the idea of that trio ever being part of a grander parade meant to honor a more everlasting achievement was a longshot fantasy.

“We were really bad. I mean we were dreadful — I’m not gonna lie to you,” said North Marion coach Chance Hearn. “It was depressing.”

In that summer of 2017, North Marion was a scuffling underdog. Now, in the fall of 2020 and on the brink of the postseason, North Marion may just be the Class AA-A state title favorite.

“The program has come a long way,” Ice said. “Freshman year, sophomore year, I don’t think we really even thought about states and now this year we have a chance.”

“I was ready to quit,” Hearn said, “but these kids and their families have been a big shot of life for me and my coaching career. I mean I have small children and I don’t really want to be away from them, but if I have a group of kids in Preston, Michael, Bryce, and all of them for that matter, who give the effort and dedicate themselves, it makes it a lot easier for me.”

That transformative Huskies senior trio led North Marion again on Wednesday in the team’s quad match victory over East Fairmont, Grafton and Lincoln at Green Hills Country Club. With Ice, Rhoades and Harris slotted into NMHS’s Nos. 1, 2 and 3 spots, respectively, the Huskies posted a four-person, 9-hole score of 162. East Fairmont finished second with a team score of 191, while Grafton totaled a 192 and Lincoln recorded a 217.

The Ice-Rhoades-Harris Top 3 was a change-up from North’s usual lineup, especially for Ice who went from the team’s No. 6-7 spot to the No. 1 slot normally occupied by Harris.

“I was excited and I was looking forward to it,” said Ice, who ended up carding a 52 on the day. “I don’t think I did too well on the first three holes, but after that, it kind of evened out and I shot a little better.”

Ice’s 52 didn’t ultimately count toward North’s official team score, with Harris’ 37, junior Dylan Runner’s 38, Rhoades’ 41 and Michael Tarley’s 46 serving as the qualifying scores. Harris’ 37 was the low round of the day, giving him medalist honors, while Runner’s 38 was the day’s next best score by another four strokes.

“This is great. It was way better than what we put up at Alpine (Tuesday) which was dreadful,” Hearn said. “Obviously, Michael and Dylan, who didn’t play (Tuesday) but played today, make a big difference, but Bryce’s score was fantastic (today). That’s what Bryce Rhoades is capable of, and he just has to figure out a way to take it to another golf course, that’s all.”

North’s also got competing rounds from Ice with the aforementioned 52 and Evan Hall with a 48.

The Huskies expectedly cruised to the match victory, but East Fairmont sneaked past Grafton for second place upset and a huge step forward for coach Bill Malone’s young Bees.

Trajon Cather led EFHS and placed third overall among all individuals with a round of 42. Tanner Bartholow was equally as solid in the No. 2 slot with a 44, while Jacob Laya’s 48 as EFHS’s third scorer gave the Bees three sub-50 rounds. Waylon Garrett accounted for the fourth qualifying score with a 57 despite having played less than a handful of matches so far this season.

“They’re getting better,” Malone said. “I was really happy with them no matter what our score was (today) because I thought they played well and some of the guys who lose their composure sometimes did better with that. This game is played with your head and they have to learn to let it go and not put so much pressure on themselves. They just have to relax and play and they’re getting better with that.”

Chris Miller led Grafton with a team-best round of 43, while Hailey Boyce shot a 49 to lead the Cougars.