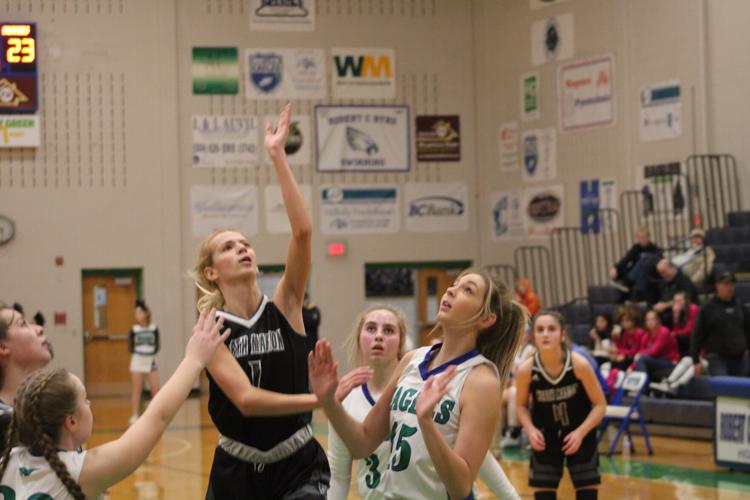 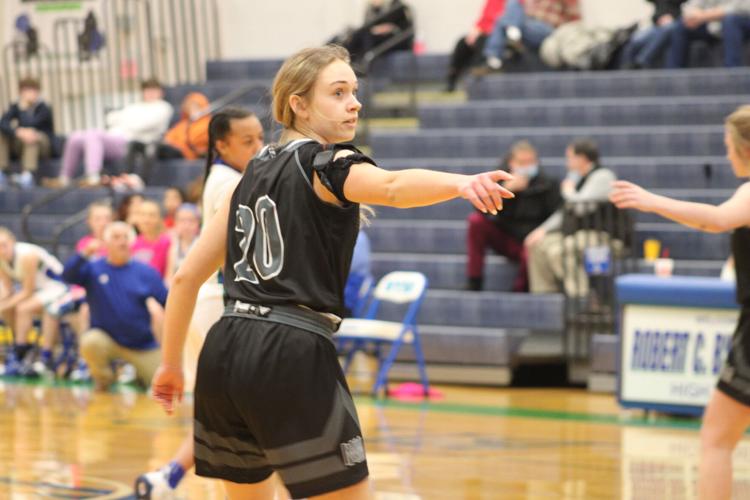 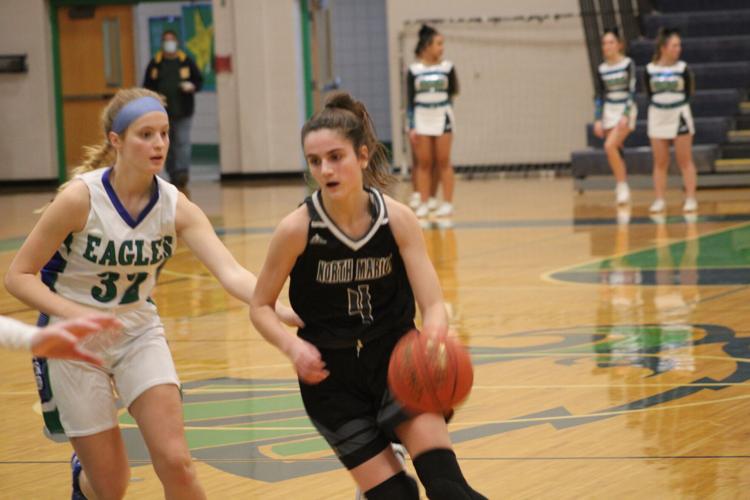 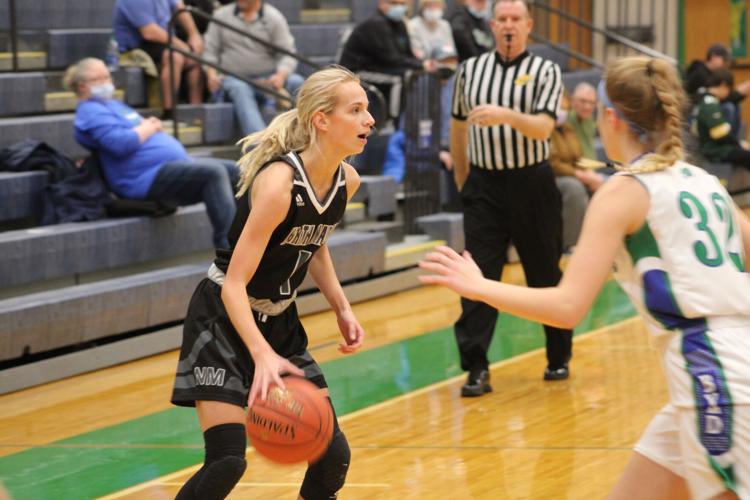 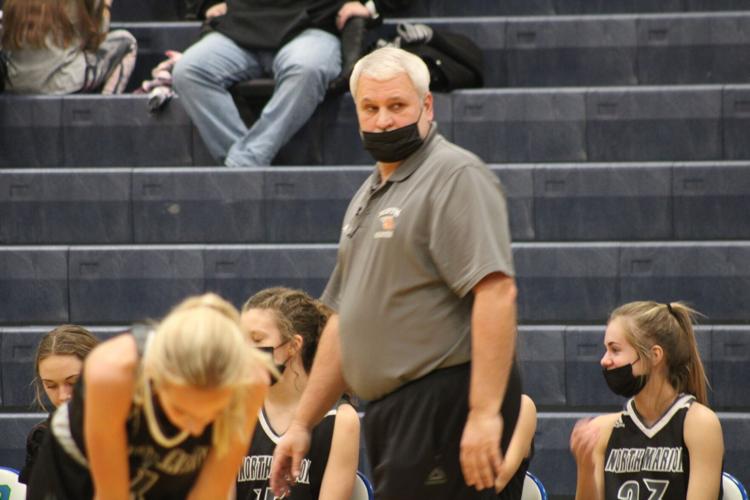 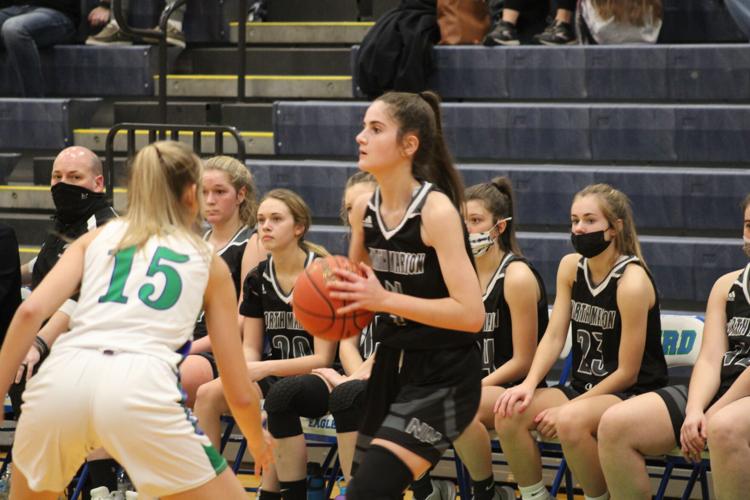 CLARKSBURG — Friday’s matchup between the No. 2-ranked North Marion Huskies and No. 9-ranked Robert C. Byrd Eagles, featured two teams that had not played a game in at least a week due to a flurry of cancellations and postponements.

The result was a messy, at times ugly, contest that ultimately saw the Eagles score a huge victory over the previously undefeated Huskies, 47-42.

“Definitely a marque win,” Robert C. Byrd head coach Robert Shields said. “A learning curve and establishing an identity were two things that we’ve been trying to preach this year. Learning curve, you’re going to have some tough losses and you’re going to have some big wins, and we’ve experienced the tough losses the last two years here. Now this was something we needed to come out and try to do. Not just this one, for the rest of the season, believe in ourselves.”

Hoping to shake off the sluggish start, North head coach Mike Parrish kept his team on the floor at halftime, running sprints and going straight into layup lines.

After Adryan Stemple knocked in a 3-pointer to give North their first points of the second half, it looked like the Huskies might have righted the ship, but that field goal ended up being one of only three made shots for North in a nine-point third quarter.

Byrd was not much better, making only two field goals in the third to keep North ahead 27-24 going into the fourth. But in the final quarter, Byrd turned it on to the tune of a 23-point frame, nearly doubling their score to that point.

Byrd took a 34-32 lead off a Carleigh Curotz fast break layup with 5:25 to play that they would not relinquish the rest of the way. It was the first time the Eagles had led since being ahead 14-11 in the second quarter.

With two minutes to play, Byrd led 43-37, but two steals from Kennedy Beaty within the North Marion full-court press led to two quick buckets from her and Emma Freels. Trailing 43-41, the tide looked like it was turning back to North’s side. But from there on out, there was a lid on the basket for the Huskies, and with good rebounding and free throw shooting, Byrd retained the lead and got the win.

Shields called out just about every one of his players individually for their efforts, and put a special emphasis on their work on defense.

“Solid defensive effort to hold only one girl to double digits, them to only make two 3’s,” Shields said. “Even though we made some turnovers, we fought back on defense and didn’t hang our heads.”

North had their best quarter scoring-wise in the fourth as well, but it was too little too late for the Huskies.

While it was a flat game for the two teams, Byrd’s Avery Childers looked ready to go from the jump, scoring her team’s first 14 points and ending with 22, by far a game-high. Doing all her damage from in-close — low-post conversions, baseline pull-ups, and strong finishes off the dribble — the junior was the difference on the day. Martina Howe joined her teammate in double figures with 10, Curotz finished with eight, and Jaden Sturm had seven to put together the entirety of Byrd’s scoring.

Both these teams have quick turnarounds on the road. The Eagles head to Buckhannon-Upshur on Saturday, while North Marion heads up to Oak Glen for a Saturday matchup of their own.

“We’ll see if they can bounce back,” Parrish said. “We don’t have time to fix anything. We get on the road in the morning to head to Oak Glen. It’ll be another tough game and if they don’t show up to play we’ll head home with another loss.”