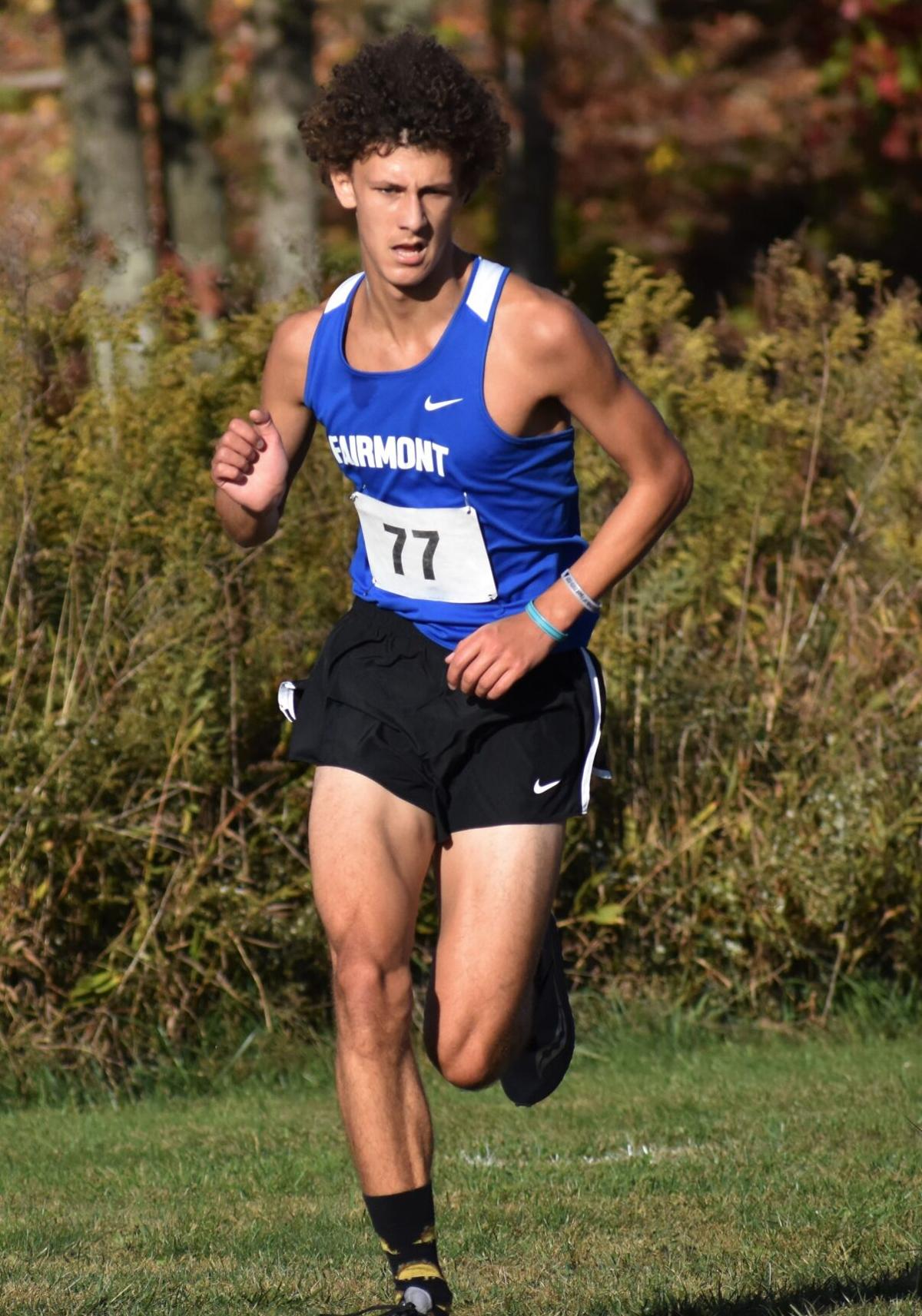 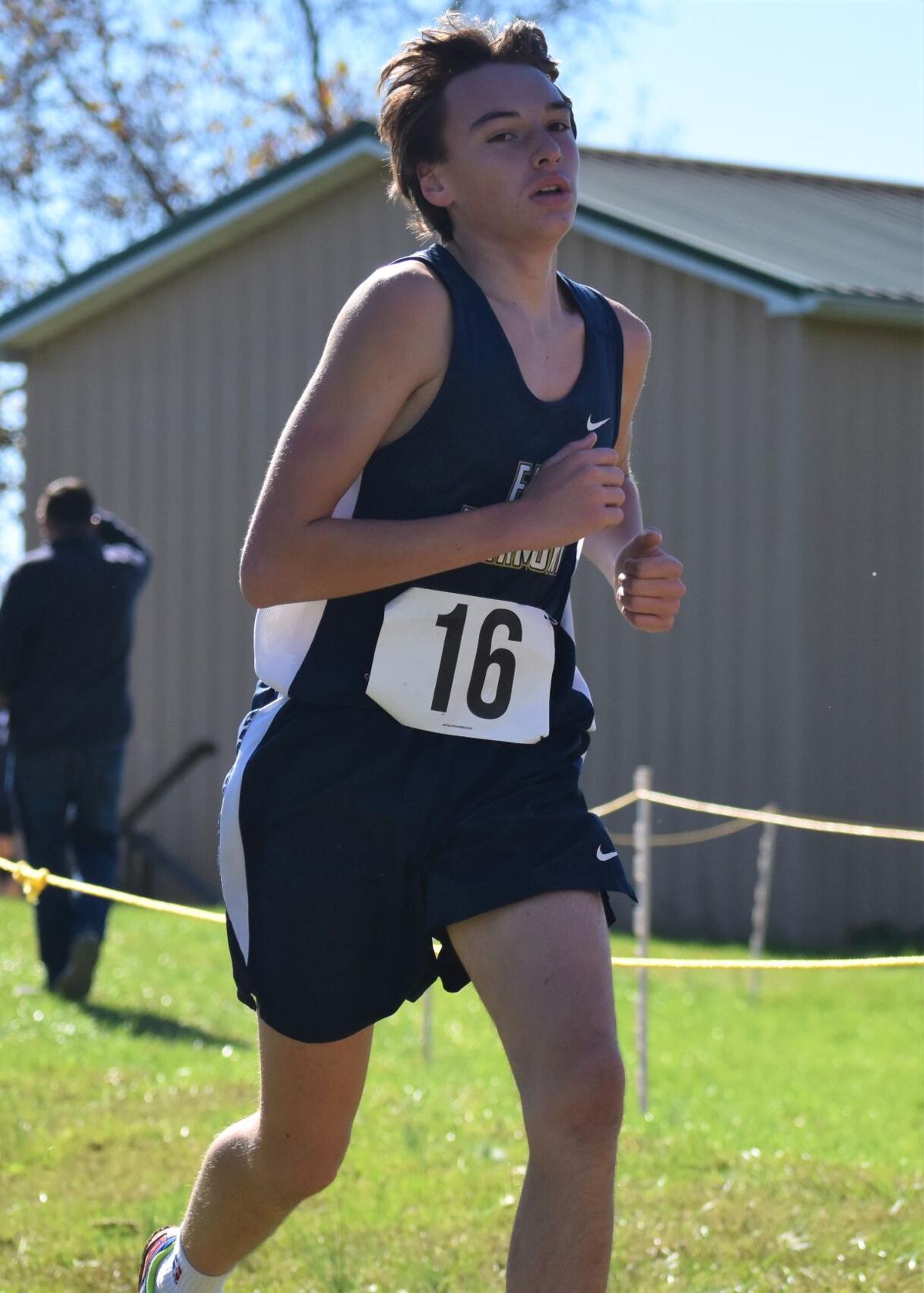 FAIRMONT — Cross Country's state meet, slated for October 30, is supposed to be the biggest challenge of the season for all the teams that compete there, and the place for the best of the best around West Virginia to test each other.

However, with the high schools of each class divided into different regions, some team's biggest challenge comes early.

Their region will send three teams to state. That's right — one top ten-team won't make it out of regionals.

Talk about cause for urgency.

Fairmont Senior, ranked the highest of the three Marion County teams, have their eyes on returning to state, and that starts with a strong performance against the rest of their region.

"We want to return to the state meet for sure, and we think when we get down there we could be a top three team in the state," Fairmont Senior coach Dayton McVicker said. "We might have one top-five team that’s not going to go to states and that’s been the case in years past too, so we’re just trying to make sure that’s not us."

Fairmont State's group of runners is lead this year by Jasper Brown (ranked 15 in Class-AA on RunWV.com) and Jacob Angelo (ranked 22). Brown has taken a big step up as an athlete and a leader for this Polar Bears squad, which has five boys ranked in Class-AA.

"Jasper wasn’t leading workouts in the summer but we knew he was coming off an injury and that he’d be climbing the ladder on the team," McVicker said. "But so far, so good with everybody. We’ve had probably five guys who’ve shown glimpses of greatness that we just haven’t been able to have all the stars align on race day yet."

McVicker's five include Brown and Angelo along with Griffin Thomas, Devon Lemon, and Tyler Morris.

Fairmont Senior's is a upperclassmen-laden group who McVicker characterized as propagating a "family environment."

"They’re just having a lot of fun, workouts are a good time," McVicker said. "We still have different people leading on workout days and they’re all supportive of each other. Jasper’s been a huge supporter of everybody, he’s usually the first one done at workouts and he’s always there, cheering everybody on and letting them know that they’re doing good. We just have a lot of good vibes going on right now."

"I think the main thing is staying strong," Brown said. "I know that a lot of us are going to feel terrible. That’s kind of part of the sport is feeling god-awful once you’re finished with a run. But I think as long as you really have a strong team environment where you’re all kind of pushing each other to be better, eventually it becomes a tight-knit family and that’s an advantage when you’re training, because you know you have a lot of people behind you who want you to continue to succeed."

The departures of prominent runners like Logan Zuchelli left a void that, before the season started, the Polar Bears were not quite sure who would fill. But now running down the home stretch, seniors like Brown and Angelo are stepping up, and many of their teammates are progressing faster than ever before.

"A big goal for Jasper this year was to run under 17 minutes and we were hoping he could do that by the end of October and he’s already accomplished that," McVicker said. "And we’ve had a few cases of that, we’ve had a couple kids break 18 where we didn’t know if they’d do that this year at all, but expectations haven’t gone down. We always try to set the bar high and then if we fall a little short we still usually have a pretty good season."

On the other side of the river, East Fairmont is right in the thick of it with their West-side counterparts, training for what looks to be a precursor of regionals.

"Bearcat [Invitational]’s pretty big," East Fairmont coach Ken Hibbs said. "It’s most of the regional teams except for Frankfort. Frankfort boys are the favorite of the region. After that; us, Fairmont Senior and Oak Glen, not much difference. It’ll be kind of interesting to see how this plays out."

Sitting as the fourth highest-ranked team in their class, Hibbs' team is meeting the expectations he set before the year.

"Not too many interruptions in training, a little bit of depth, not much difference between six, seven and eight probably," Hibbs said. "The first five boys been pretty consistent. Drew [Moore] will always be the first boy so far, usually Charlie [Hullderman] or Josh [McPherson] then Blake [Hunt] and Nate [Stuck]."

Moore is the highest ranked runner of the three schools, sitting at tenth in Class-AA. The next four are likewise ranked highly; all within the top 41. While the front five are excelling, Hibbs wants to see improvement throughout all his team.

"I would like to see us tighten it up a bit, fifth, fourth runner be a little bit closer to the first runner," Hibbs said. "When they’re all healthy I think that should be 30, 40 seconds. Right now we’re stretched out to a minute."

"My impressions is that we’re a hardworking group, we have fun, I enjoy everyone on this team and we just work hard to improve," Charlie Hullderman said. "I’m especially proud of all my teammates and I’m just really happy for all of them and how we’re doing."

While East has performed well to this point, Hullderman and his team knows the real work is only beginning.

While East Fairmont and Fairmont Senior are jostling at the top of the standing, North Marion is still working their way up the ladder. With 10 of their 13 runners coming in as freshmen or sophomores, North is focused on their youth movement, a wave that seems to be growing stronger.

"I’m really excited about this year because last year we only had six kids," David Darrah, the team's only senior, said. "And this year we’ve got some pretty promising freshmen so I’m excited, I think we’ll do a lot better this year than we did last year."

The Huskies' top runner is Elijah Frank, a sophomore, at 67, and though they have a ways to go before stacking up against their county counterparts, North Marion coach Keri Richardson already sees her team making strides.

"The boys team runs in a really nice pack at races which we’ve never had before, so it’s nice to have that big of a pack," Richardson said. "We don’t have a lot of standout runners but we do have a couple up at the beginning of that pack. If the back end would catch up to the front end we’d actually score a lot higher at most of our meets."

Most importantly, the team is enjoying their time together, which coach and player both pointed to as a positive moving forward in the years to come.

"The boys like to have a good time," Richardson said. "The girls take things a little more serious here and there, the boys aren’t as serious but when they need to be serious, most of them can do that."

"I think we’re a lot more excited to run than last year," Darrah said. "Last year it was a little bit of a dread, thinking "well, we’re going to do OK, hopefully," but this year we have a chance to actually accomplish something."

Region I meets up at Grafton High School on October 21.