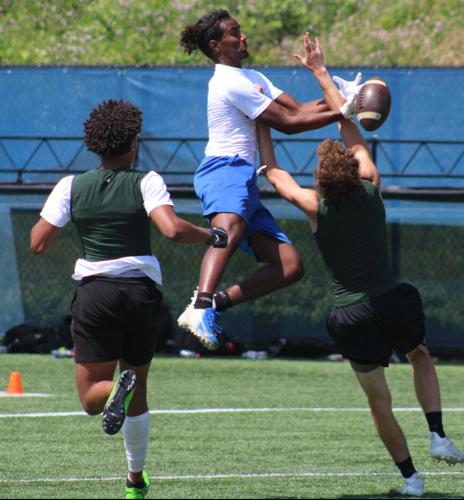 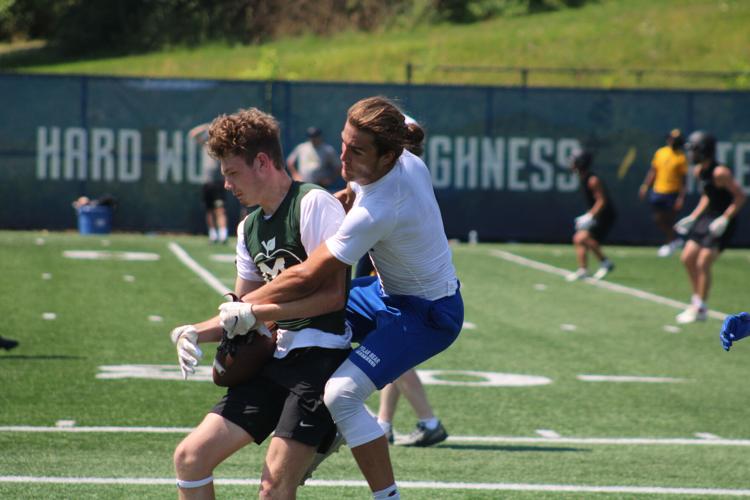 Fairmont Senior's Dylan Ours breaks up a pass during Wednesday's WVU 7-on-7 Shootout and Big Man Camp. 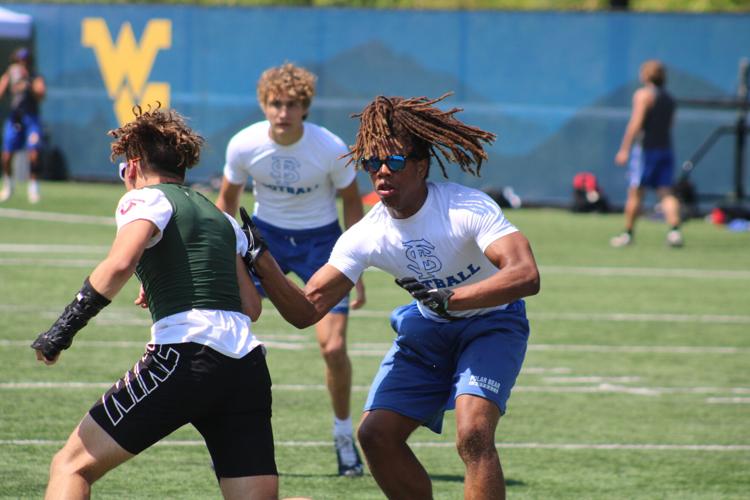 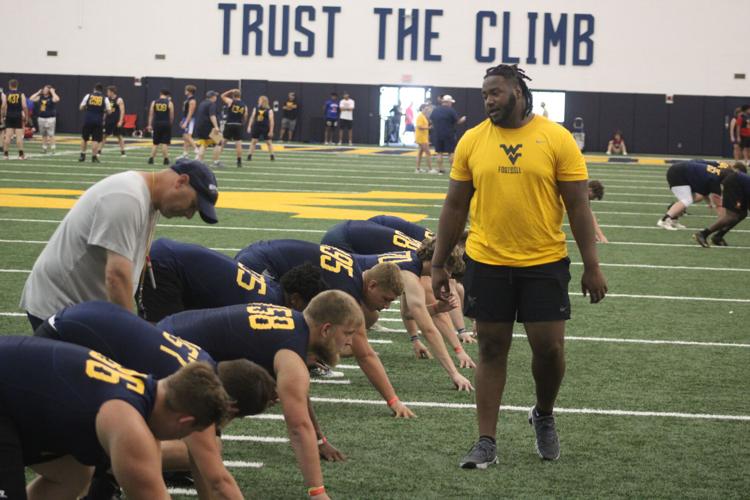 Linemen practice as part of Wednesday’s WVU 7-on-7 Shootout and Big Man Camp. 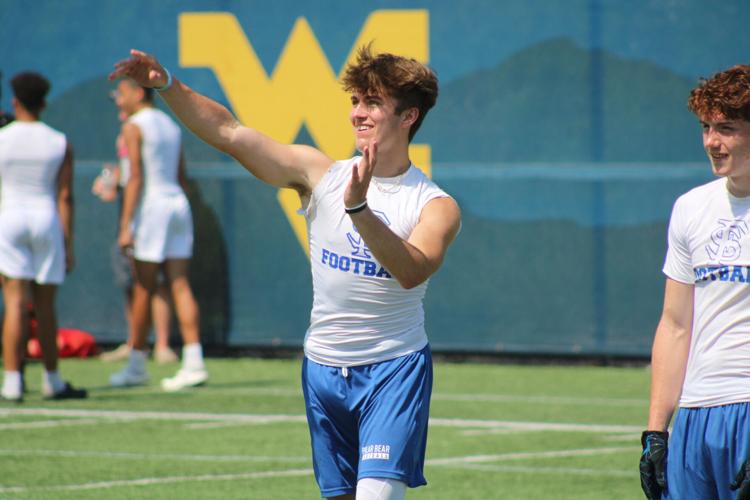 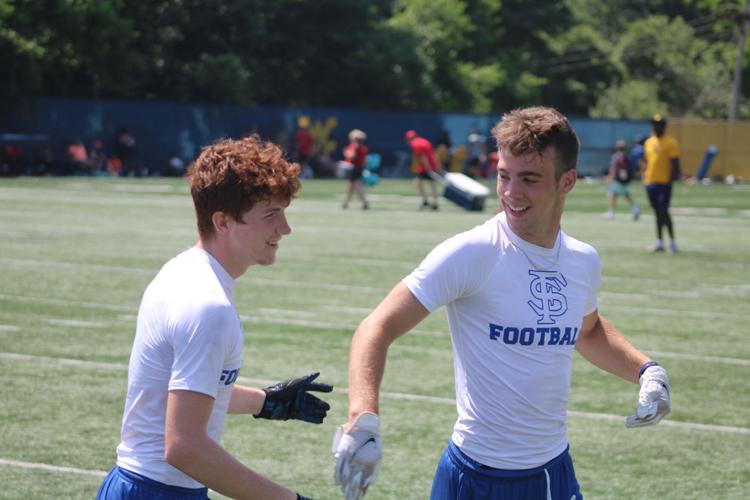 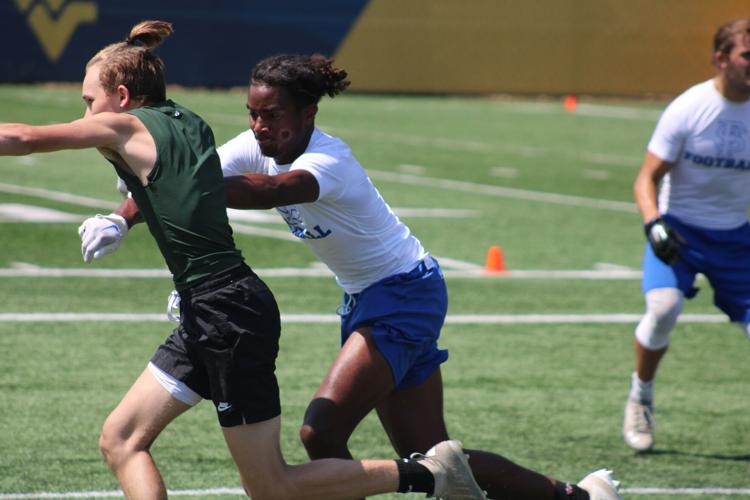 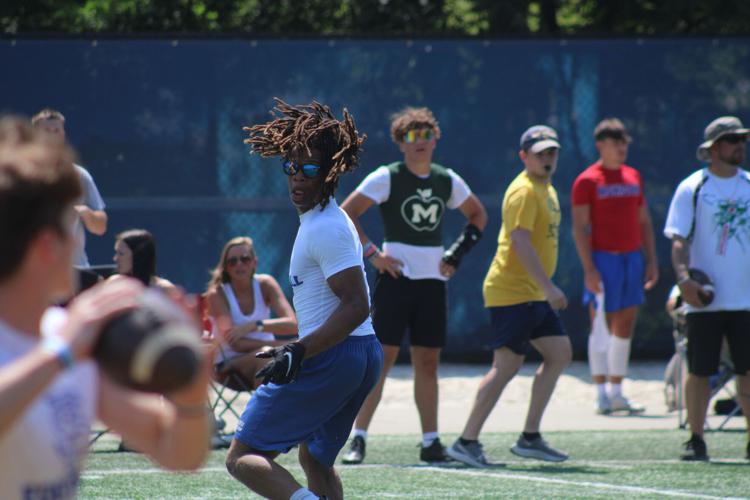 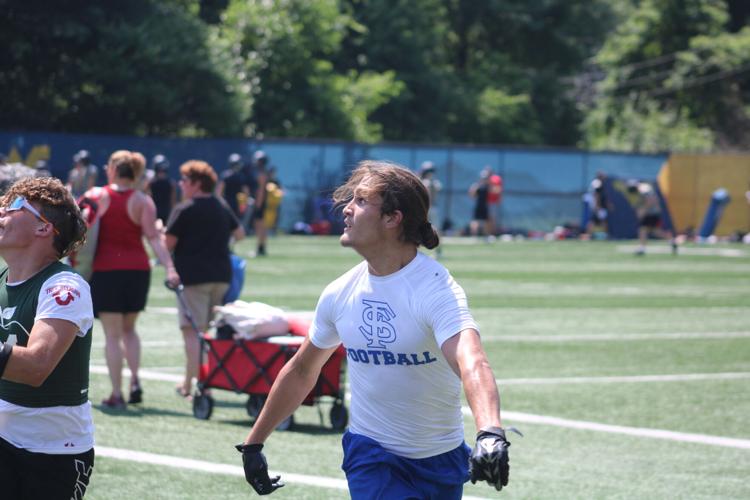 Fairmont Senior's Dylan Ours looks for a pass during Wednesday's WVU 7-on-7 Shootout and Big Man Camp. 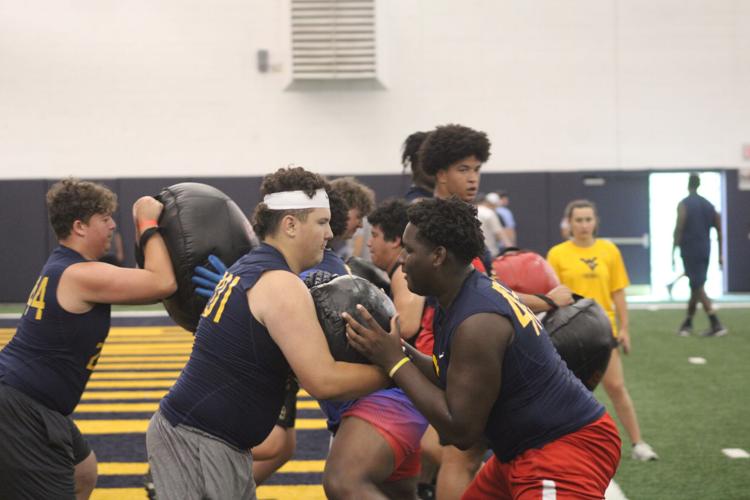 Linemen practice was part of Wednesday's WVU 7-on-7 Shootout and Big Man Camp in Morgantown. 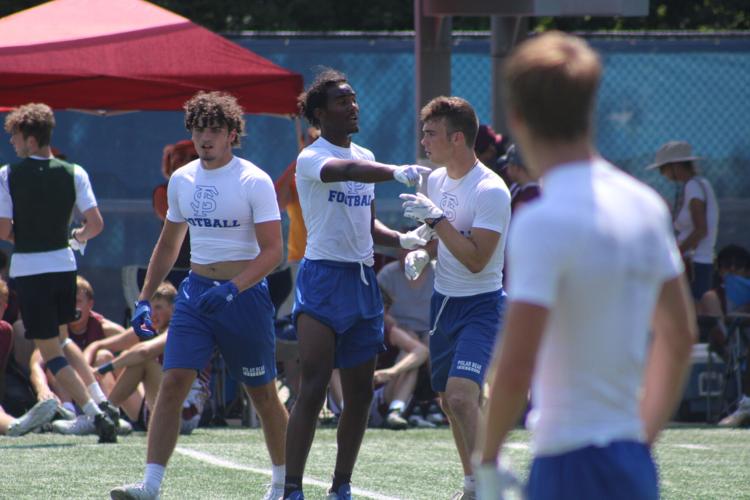 Fairmont Senior's Dylan Ours breaks up a pass during Wednesday's WVU 7-on-7 Shootout and Big Man Camp.

Linemen practice as part of Wednesday’s WVU 7-on-7 Shootout and Big Man Camp.

Fairmont Senior's Dylan Ours looks for a pass during Wednesday's WVU 7-on-7 Shootout and Big Man Camp.

Linemen practice was part of Wednesday's WVU 7-on-7 Shootout and Big Man Camp in Morgantown.

MORGANTOWN — The offseason so far for Fairmont Senior football has been a change of pace in more ways than one. The Polar Bears have traded playing through cold, sleet and snow out on the field, for practicing in sweltering heat that can feel like upwards of 100 degrees.

Such was the case Wednesday, but the upside was worth it. The other change in pace came in who they were playing against — a wide variety of schools from across multiple states, many of whom the Polar Bears players had never faced-off with before.

Fairmont Senior faced teams like Martinsburg, Musselman, Hurricane and Weir in 7-on-7’s. Of the quartet, the most recent opponent for Fairmont Senior was Musselman, whom the Polar Bears faced in September 2020.

“It makes it a lot of fun,” Polar Bears offensive coordinator Mark Sampson said of the different teams present. “In our regular season schedule too, we try to get new teams, good teams in the state to play every year, and to see even more of them up here, it’s a fun time.”

The annual event was another step in Fairmont Senior’s offseason, as they continue to ramp-up their activity. The Polar Bears went to Mountain Ridge High in Maryland earlier this month for a 7-on-7 and Wednesday’s WVU shootout was another opportunity for development.

Getting back to live competition was especially important for the younger Polar Bears. Graduating seniors such as Evan Dennison and Kayson Nealy have left spots to be filled among the ranks of Fairmont Senior’s wide-outs and defensive backs, and for the defending state champs, it’s “next man up.”

Likewise, quarterback is a spot where the Polar Bears will look to sophomore Brody Whitehair to step in as the signal-caller after starting a pair of games as a freshman, before bowing out due to a knee injury.

Whitehair flashed his potential against Bridgeport — another 7-on-7 at the event — throwing for 266 yards and three touchdowns, and this offseason will be a pivotal chance for the second-year slinger to develop even more.

“It’s great [experience] for the skill kids, we’ve got to replace a few receivers, and quarterback,” Sampson said. “Brody started two games last season before he was lost to injury. It’s really good for him too, to work on getting the timing down with the new receivers and the old receivers so they can get that chemistry together.”

As such, Fairmont Senior went for function over flair in Wednesday’s shootout, using the time to work on what they’ll roll out come fall.

“We stick to our base offense,” Sampson said. “Some teams will put in special plays just for 7-on-7, we don’t do any of that, we just want to get out here and get better at the things we’re going to do in the regular season.”

While developing the youth is certainly a focus of every offseason, so is preparing the returning players to assume different roles. For juniors like Ours and Cheriza, who already have plenty of starting experience in big games, their ascension as leaders was evident from Wednesday’s action.

The pair were among the most vocal amidst the Bears’ 7-on-7 crew, talking to their teammates in-between most every play.

“I love to be vocal on defense especially,” Cheriza said. “I’ve always felt like I’m an ‘up’ type of personality. I feel like the young guys feed off of it and we play better when somebody is out there yelling, like ‘Yo it’s alright.’ Not being negative, being positive and making sure we’re doing what we’re supposed to in a positive way.”

“You got the older kids at our practices, we’re helping them out,” Ours said. “It’s progress, it takes time, but they’re coming in ready to work, picking everything up just as they’re starting to be needed.”

Progress is the name of the game. As Fairmont Senior progresses through the summer months and prepares for another title defense, it’s game on.

“They’ve done well,” Sampson said. “We’ve had a great offseason all together. We’ve had great numbers in the weight room all winter, all summer. We’re starting to come together, things like this help us build their team chemistry, it’s been a lot of fun.”