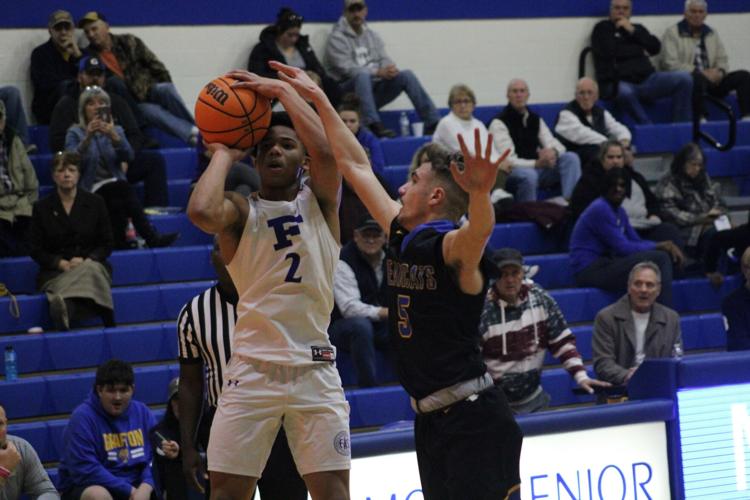 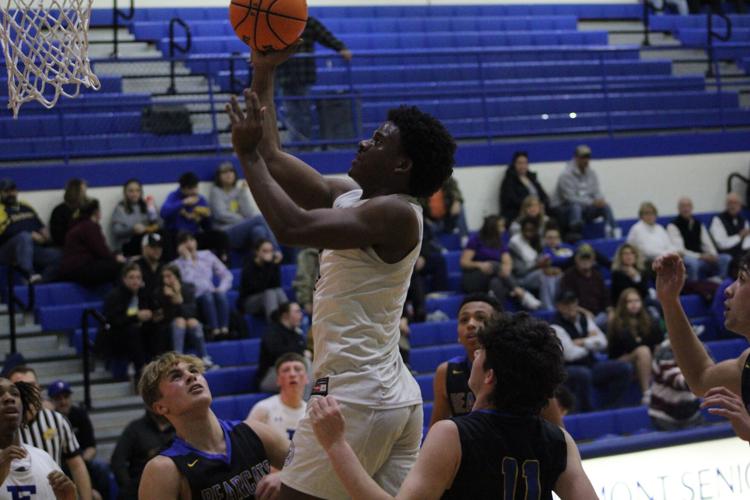 Fairmont Senior’s Zycheus Dobbs drives in for a layup against Grafton. 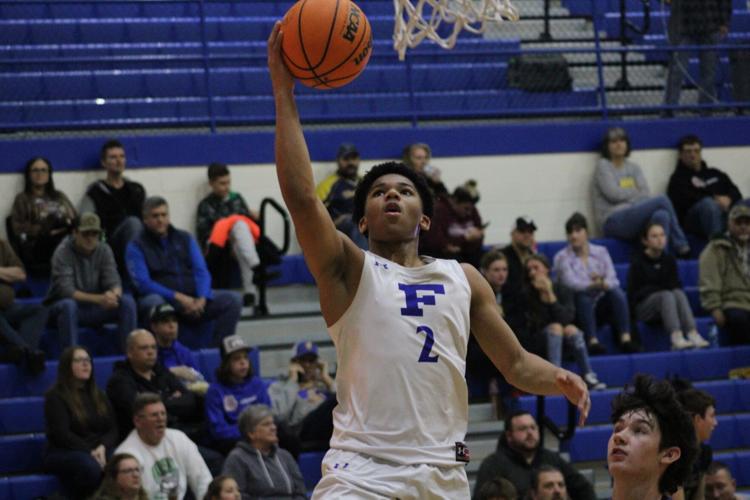 Fairmont Senior’s Andre Grant drives in for a layup against Grafton. 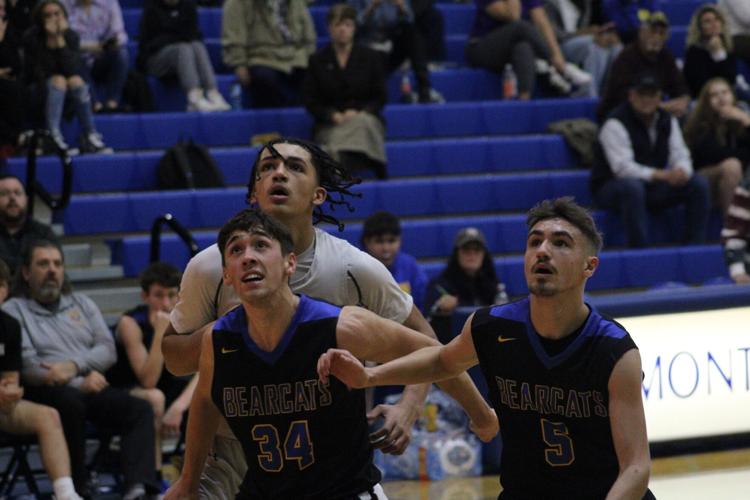 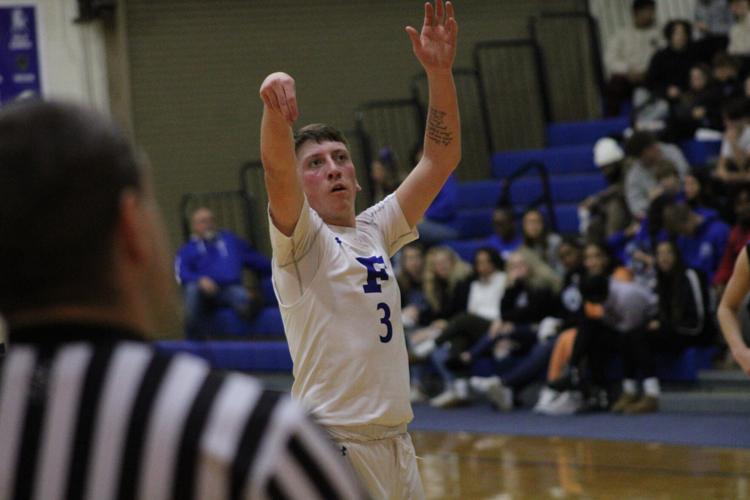 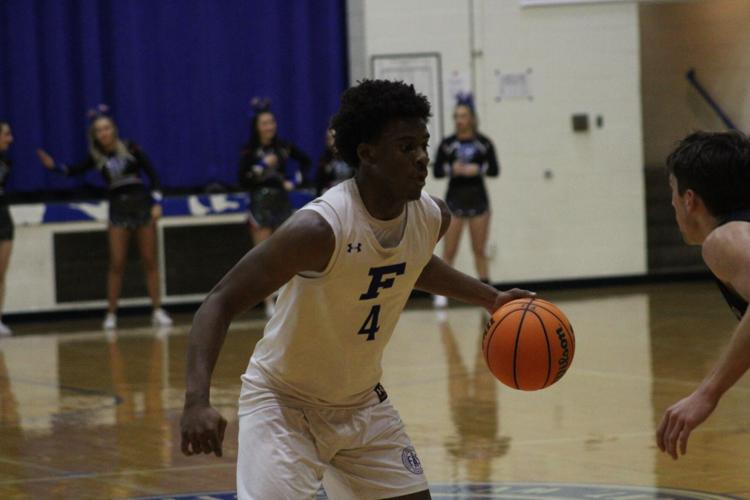 Fairmont Senior's Zycheus Dobbs sets up for a drive against Grafton. 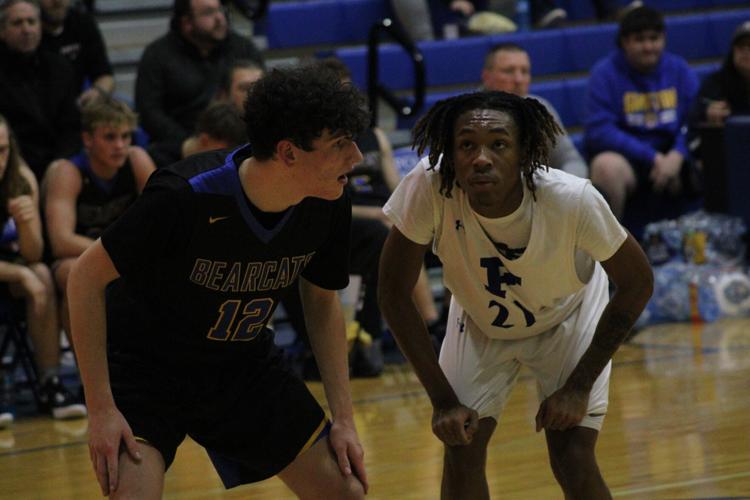 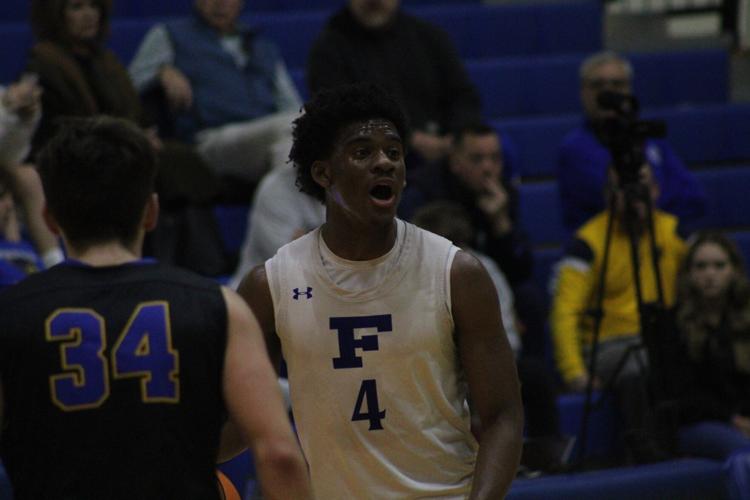 Fairmont Senior's Zycheus Dobbs calls out a play against Grafton.

Fairmont Senior’s Zycheus Dobbs drives in for a layup against Grafton.

Fairmont Senior’s Andre Grant drives in for a layup against Grafton.

Fairmont Senior's Zycheus Dobbs sets up for a drive against Grafton.

Fairmont Senior's Zycheus Dobbs calls out a play against Grafton.

FAIRMONT — The streak continues for the Fairmont Senior Polar Bears.

Fairmont Senior moved to 12-0 on Tuesday with a 84-52 victory over Grafton, stretching a 12-point halftime lead into a 25-point advantage by the end of the third quarter in an explosive effort.

The Bearcats’ JT Veltri tied Dobbs for the game-high in scoring with 25 points of his own. Jacob Meier joined Veltri in double figures with 10.

The Polar Bears started the game off building a 13-0 lead, shooting 6-7 while Grafton started their first five possessions with four turnovers and a missed field goal.

The early-goings prompted Grafton head coach Michael Johnson to call a timeout with 5:11 to play in the opening quarter.

The Bearcats regrouped from there, out-scoring Fairmont Senior 13-9 the rest of the quarter to end the period down 22-13.

Dobbs scored nine points in the first quarter, his fast start translating to the entire team.

“He’s so strong in his upper body, his ability to get to the basket, his ability to finish, he makes plays,” Fairmont Senior head coach David Retton said. “He sees and does what is needed. He got off to a great start. He leads our team, he just does a tremendous job.

“He’s guarding the best guy, and he’s one of the top players offensively in the state, and that takes a lot to want to do that and to work at it.”

Grafton tightened things up even more in the second quarter, a first-possession three-pointer from Mason Dunham bringing the Bearcats’ deficit to six, where it would stay for a large portion of the second.

Dobbs and Veltri went back-and-forth in the quarter, trading baskets as the intensity grew inside the Fairmont Field House. Veltri scored six points in the quarter, while Dobbs scored eight.

The score 31-25 after Veltri and Dobbs’ mini-duel, Fairmont Senior finished off the quarter on a 8-2 run that put more distance between the two teams, the Polar Bears entered halftime up 39-27.

If the second quarter was about Dobbs and Veltri, the third was about Polar Bears senior DeSean Goode. Goode scored 10 points on five field goals in the quarter, dominating the interior for Fairmont Senior and helped outscore Grafton 21-8 in the frame.

While Goode powered their offense, the Polar Bears’ defense held down the Bearcats to put the game effectively out of reach by quarter’s end.

“One of things coach Skubis mentioned, we weren’t getting enough pressure on the ball, and they were running their offense,” Retton said. “Regardless of the offense, it’s A, B, C, D many times — a pattern — and we weren’t taking them out of that. Our movement was a little stagnant, in the third quarter our movement was really good, I think we took them out of what they wanted to do.”

The Polar Bears committed seven turnovers Tuesday, compared to Grafton’s 21. Fairmont Senior also played defense without fouling, with one team foul in the first half and eight total fouls on the game.

Fairmont Senior takes their spotless record on the road Saturday, playing the team that they narrowly defeated in the state title game last year — the Shady Spring Tigers.

“It’s a challenge if you make it a challenge,” Retton said of Saturday’s showdown. “Our philosophy was that we want to improve tonight. We want to play very good basketball, and I think we did that tonight.”

“We stayed focused. Our players, coaches, we didn’t allow our team to move ahead. We wanted to stay very grounded in the game tonight.”