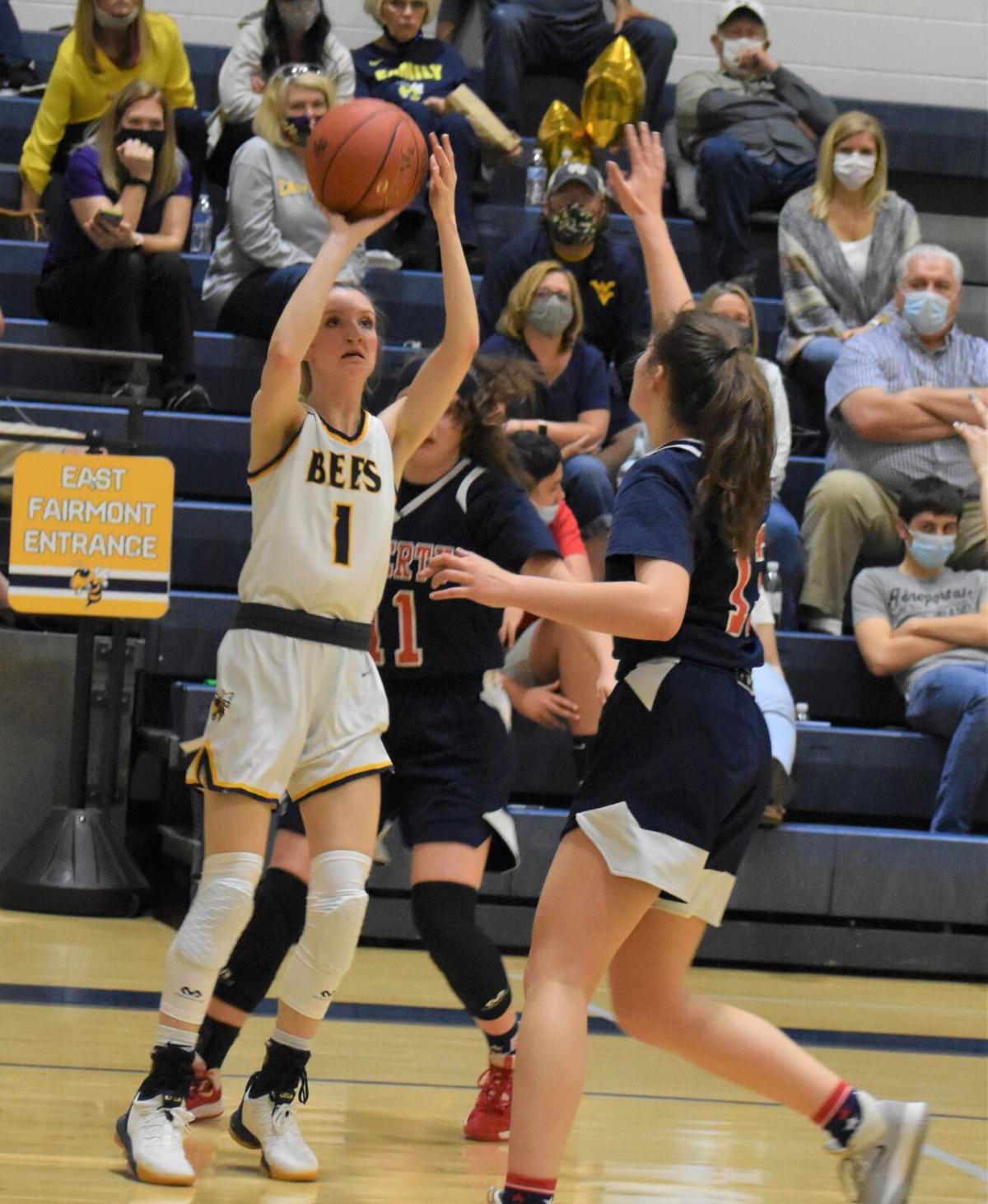 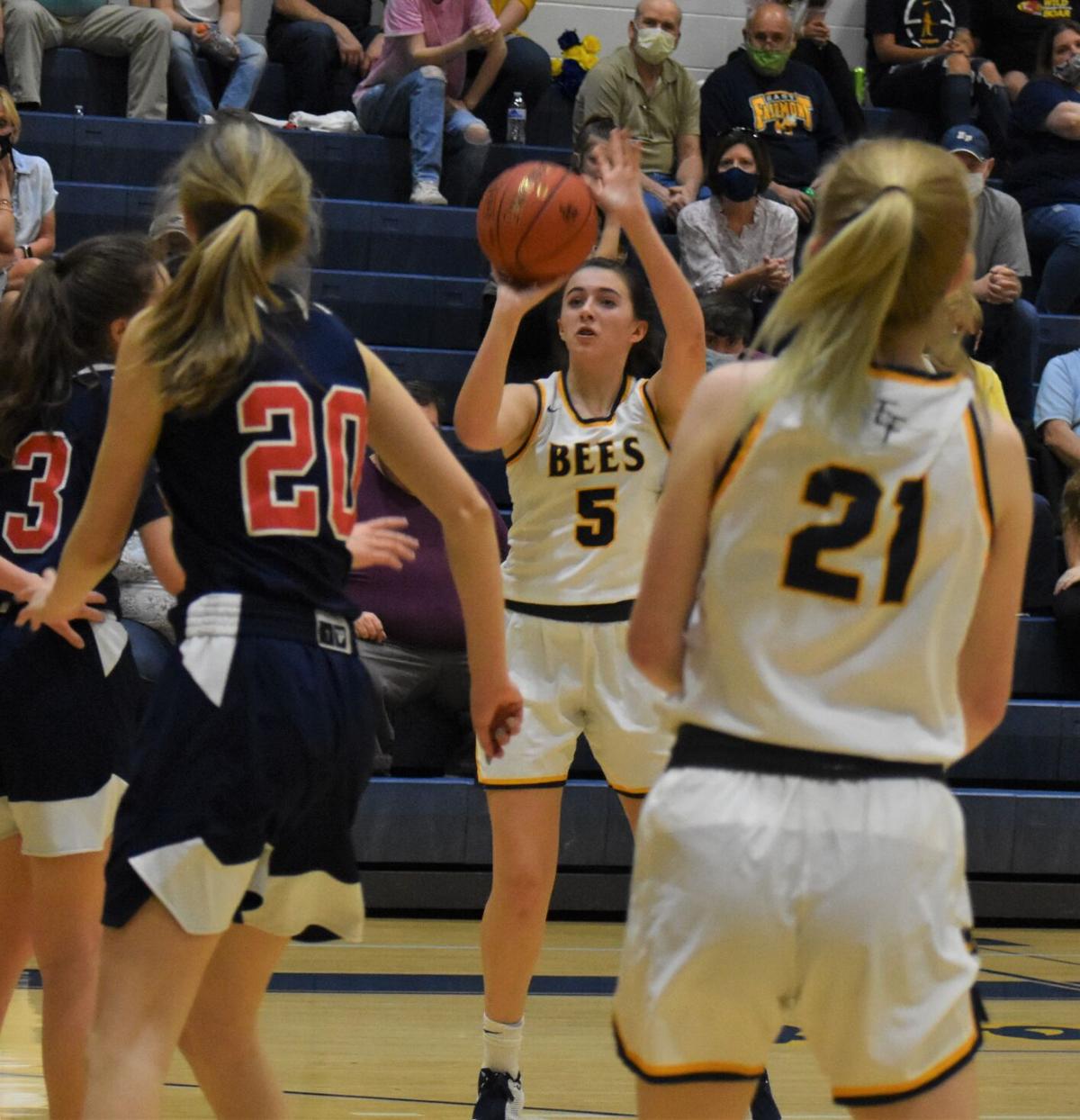 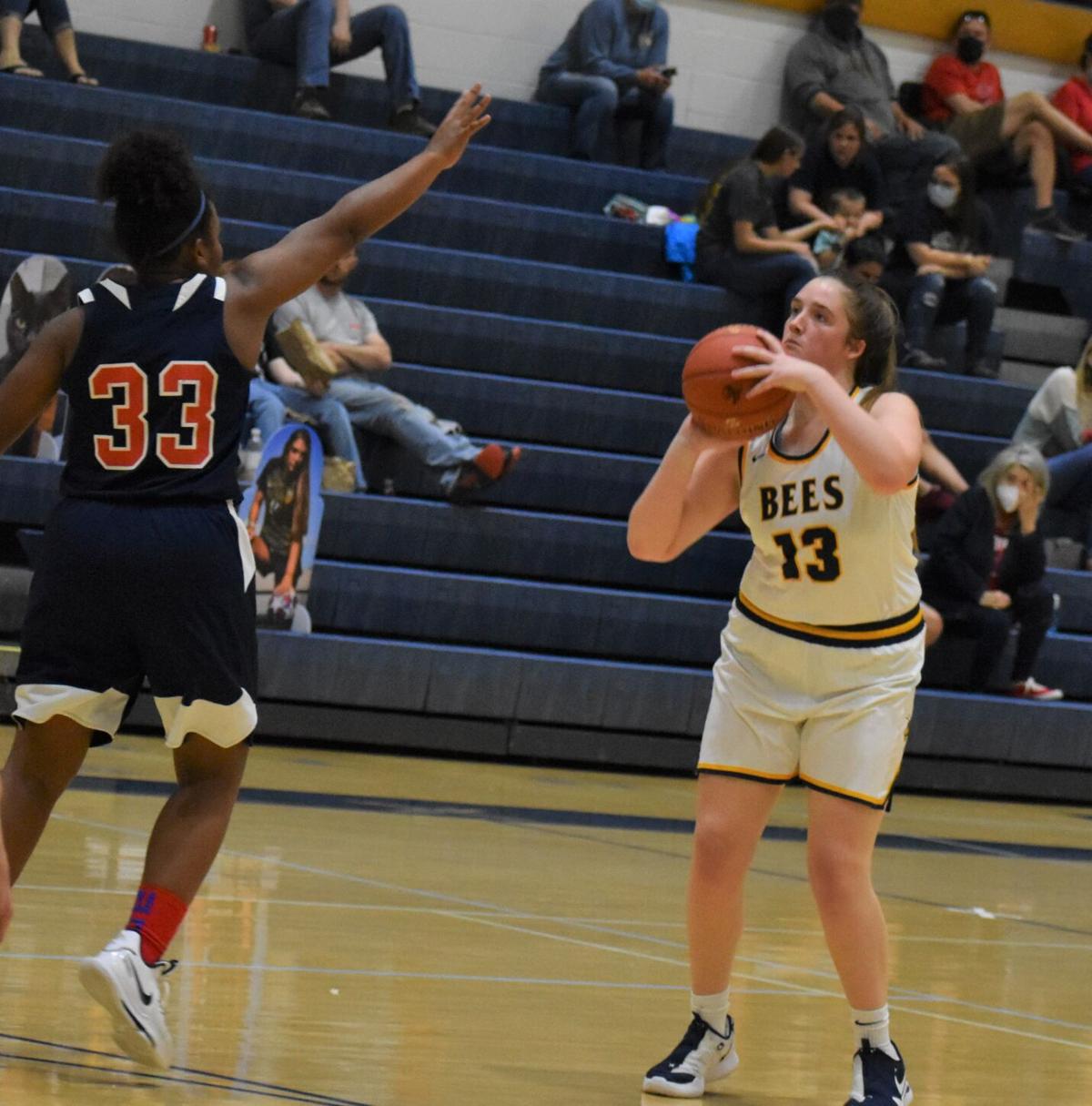 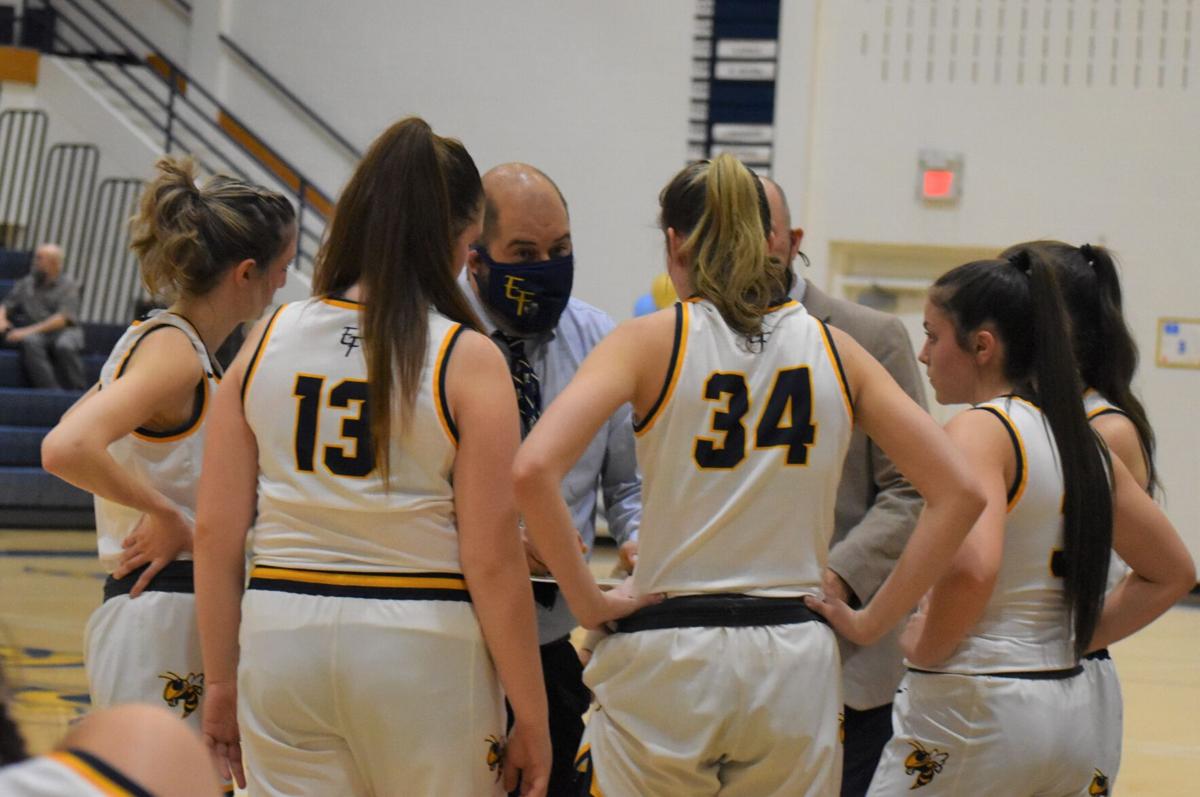 East Fairmont coach James Beckman talks to his team during a timeout. 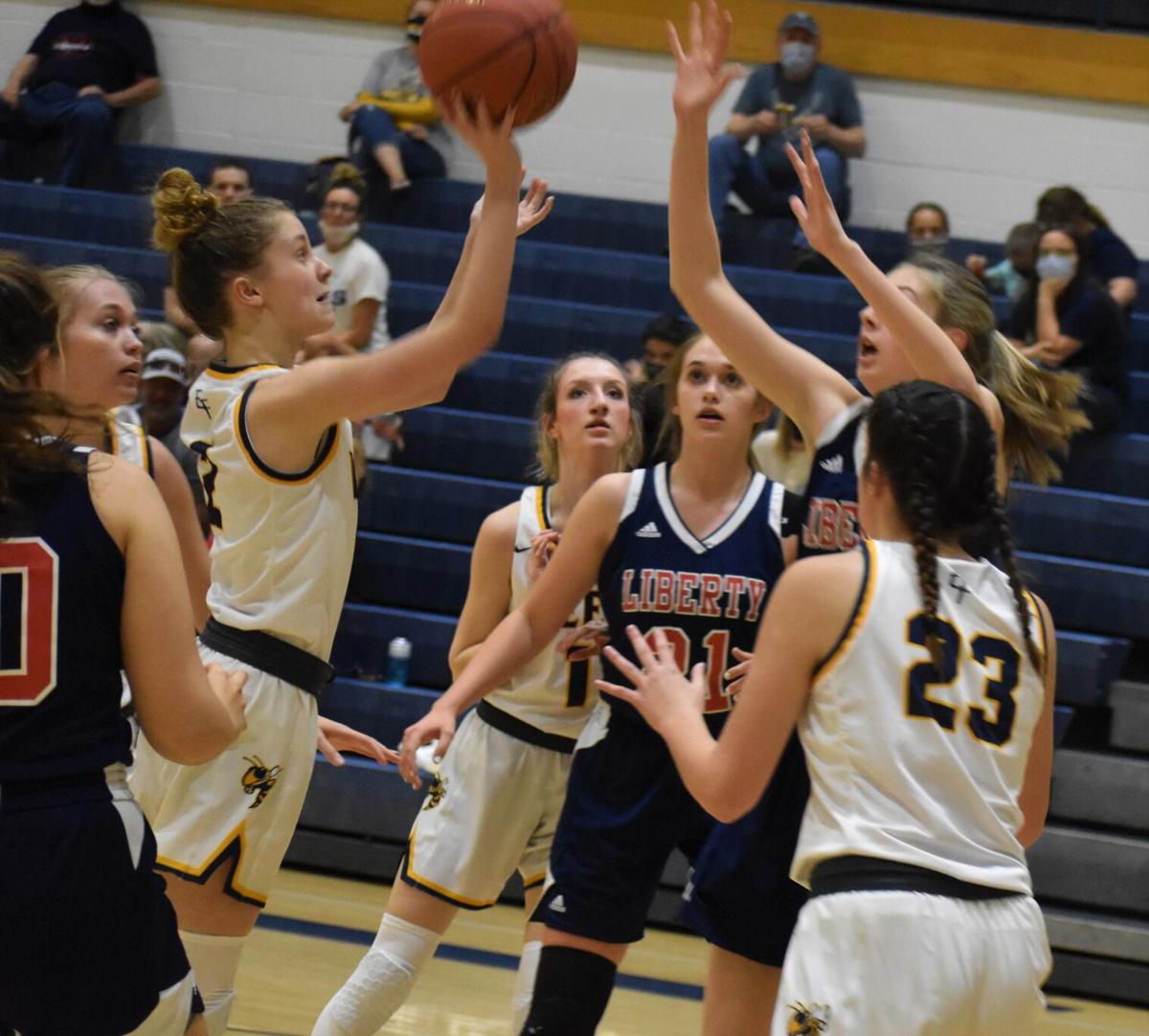 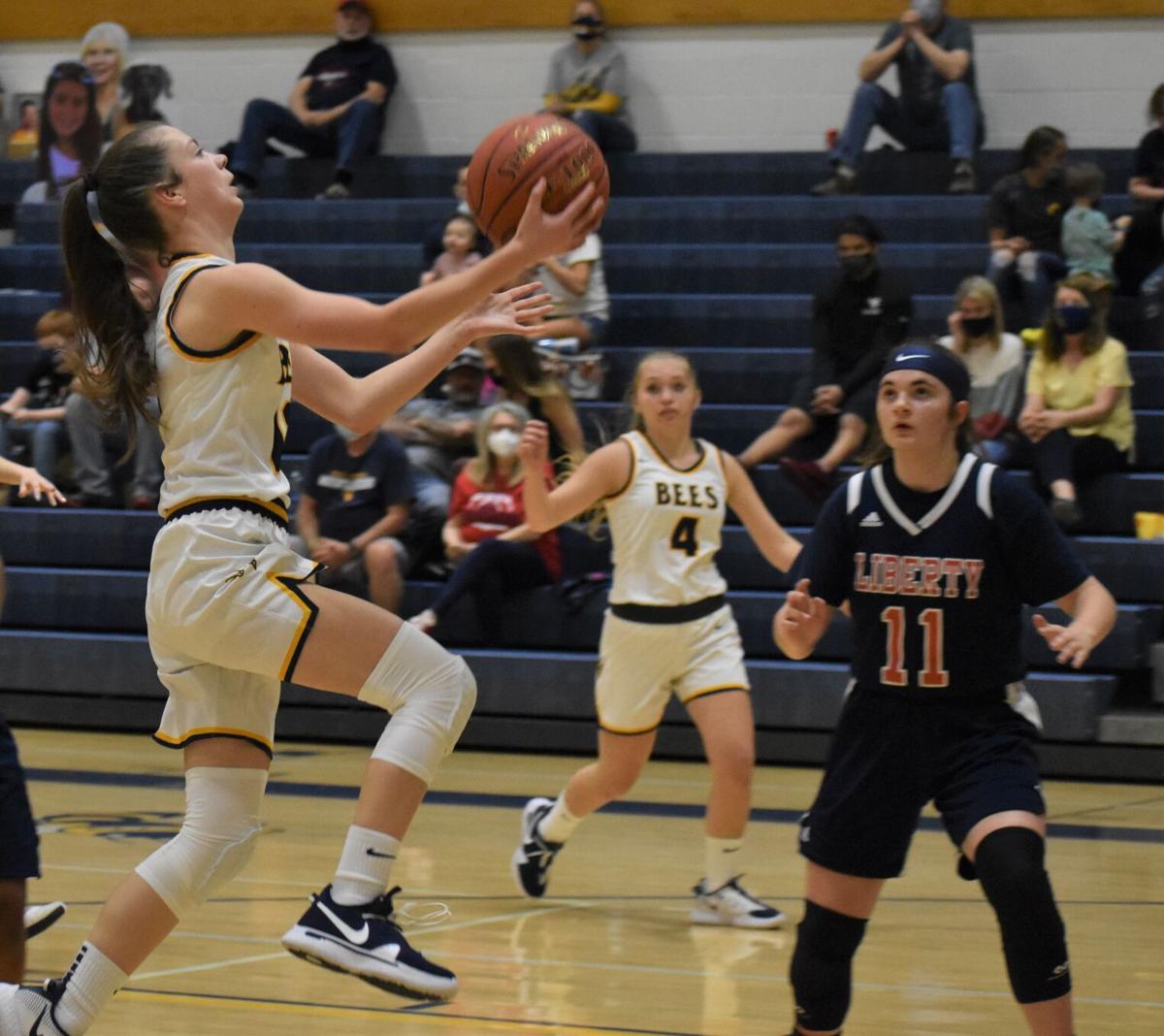 East Fairmont's Kenly Rogers goes up for a layup in front of Liberty's Erin Curran during a game earlier this season. 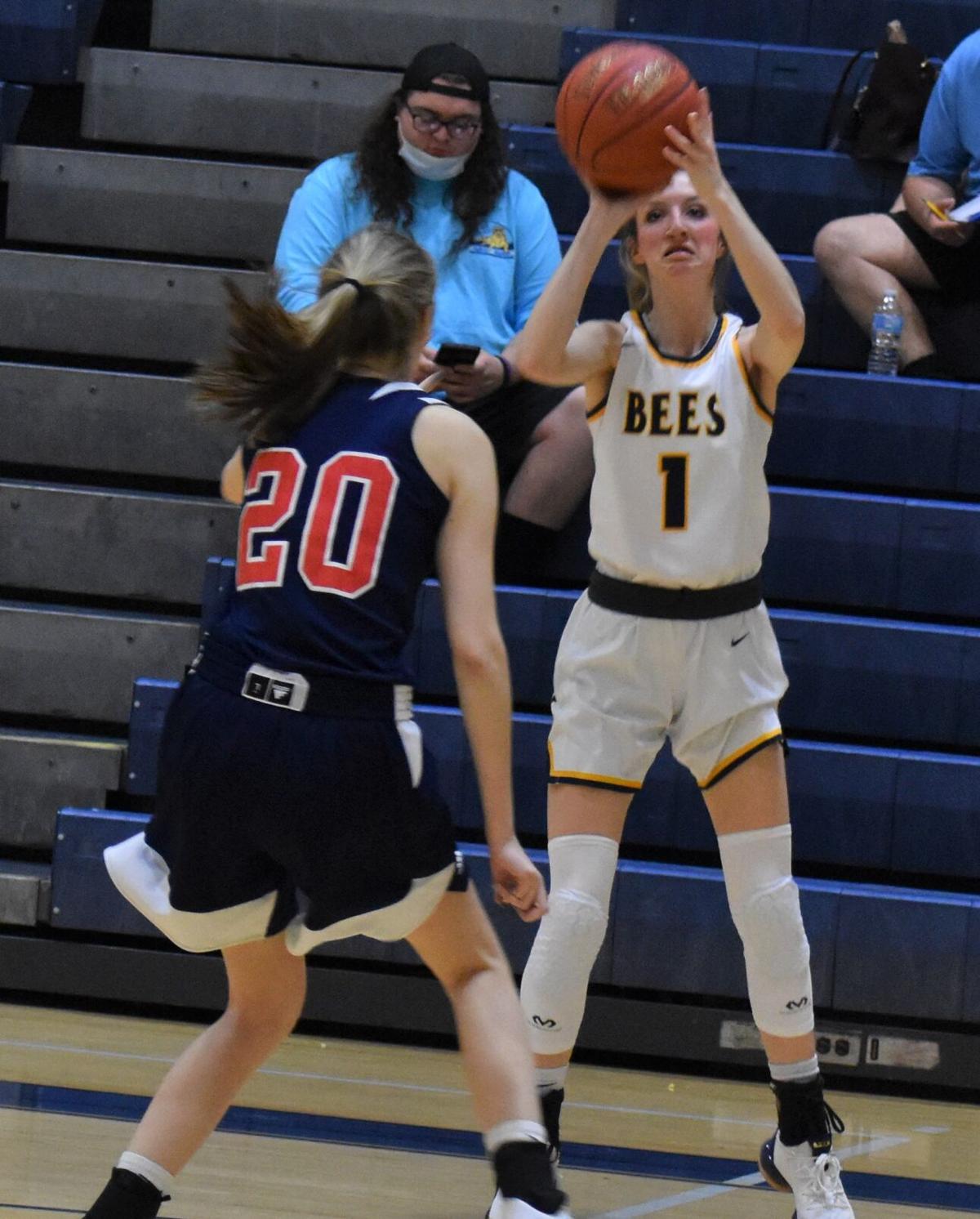 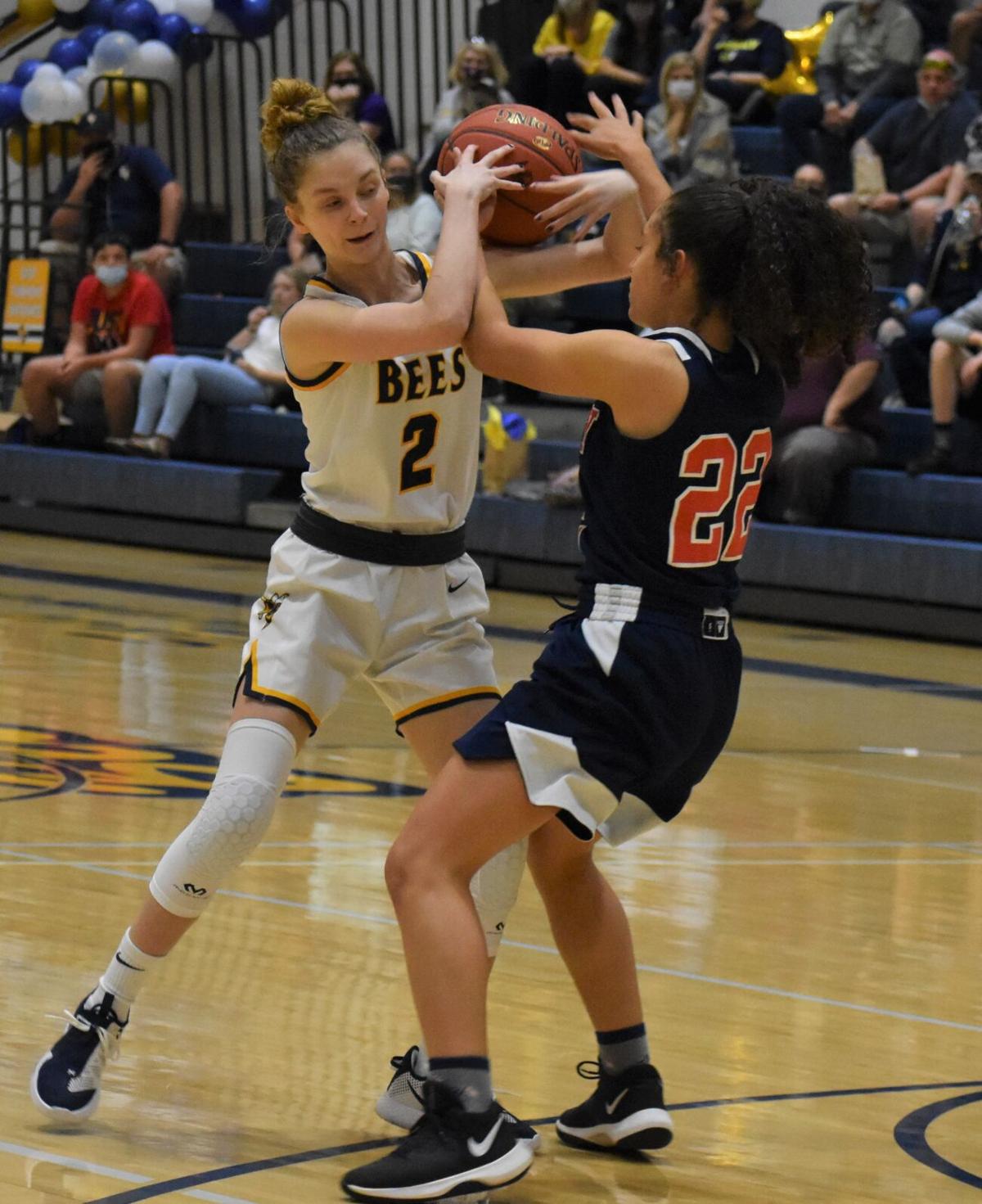 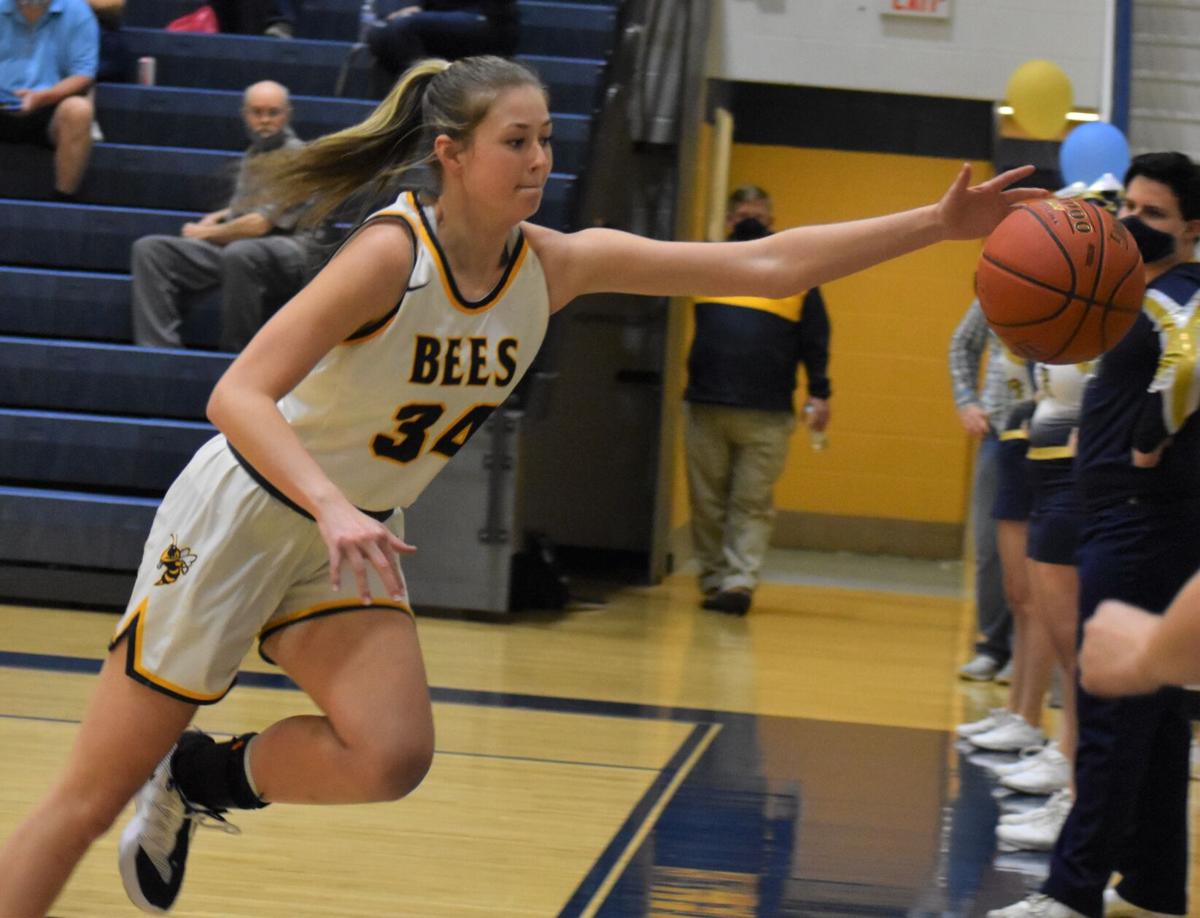 East Fairmont's Somer Stover tries to save the ball.

East Fairmont coach James Beckman talks to his team during a timeout.

East Fairmont's Kenly Rogers goes up for a layup in front of Liberty's Erin Curran during a game earlier this season.

East Fairmont's Somer Stover tries to save the ball.

PLEASANT VALLEY — It certainly wasn’t East Fairmont High’s cleanest nor most glamorous game, but it was a game, and those have been tough to come by in any form for the Bees this season.

And in what was East’s first day back Tuesday after a school-wide quarantine, the Bees, who had played only one game since March 5 and none since March 20, emerged victorious with a 48-32 defeat of Liberty on Senior Night.

“To watch these girls get shut down three times — the first time back in November, then after we played North Marion on March 5, and the third time after the Riverside game March 20 — I shared a word in there with them and it was ‘Resilient.’ I thought those girls showed a lot of resiliency during those three shut downs, and, as an adult, I learned from them and our coaching staff learned from them, because not one time did they complain, not one time did they make excuses over a situation they couldn’t control,” said East Fairmont coach James Beckman. “So I was proud of how they bounced back and they were all ready to play today. They showed a lot of resiliency as a program.”

Both the No. 8 Bees (3-1) and visiting Mountaineers (1-12) had their difficulties manufacturing and sustaining offense throughout the game, but East’s full-court defensive pressure was ultimately what sparked the victory as EFHS forced a whopping 36 Liberty turnovers to offset 16 of their own giveaways and just 23.9% shooting from the field.

“I was anxious to see what product we’d have out there on the floor after being off and going 31 days where we’ve had three practices and played one game,” Beckman said. “We knew (our players) were going to wear down and we knew we were going to be rusty shooting the ball, but we had to play.”

East Fairmont, which played a whopping 15 total players to account for its collective conditioning struggles, was led by its senior sharpshooting tandem of Kierra Bartholow and Kylea Lopez. Neither Bartholow nor Lopez cashed in at their usual rate, going a combined 7-of-25 from the field, but the duo still combined for 21 of the Bees’ 48 points, with Bartholow tallying 11 points and Lopez 10 points.

Freshman Kenly Rogers added another seven points for the Bees, and she was also at the forefront of East’s havoc-wreaking defense, as she plucked five steals to go with four rebounds and two assists. McKenzie Moyers nabbed a team-best seven steals for East off the bench, and she also scored five points and had four rebounds.

Gabby Floyd led Liberty with a massive double-double performance of 12 points and 19 rebounds, Emma Elliott added another six points to go with six rebounds and a team-high four assists.

“You could tell in their eyes they were hungry tonight and they wanted to be back in their comfort zone which was on the floor,” Beckman said. “Anytime that they have a little bit of normalcy back in their lives, it’s good to see.”

There wasn’t a whole lot to gawk over as far as the on-court performance and overall aesthetics of the game, but East’s diamond and 2-2-1 full-court presses, along with just enough perimeter shooting from Bartholow, Lopez, Rogers, Moyer and others, were enough for the Bees to steadily pull ahead. EFHS, which trailed 5-0 three minutes into the game, vaulted in front when it held Liberty to a mere two points over a near 12-minute stretch that amounted from the Bees being down five at 5-0 to up 12 at 19-7 with a minute to play in the first half.

The Bees eventually took a 19-9 lead into halftime, and they separated further in the late stages of the third quarter when they closed the period on a 9-2 run to go up 34-19 heading into the fourth.

East Fairmont, which was selected Tuesday as the No. 2 overall seed for the Class AAA Region II, Section 1 tournament next week, will be back in action today when it hosts Philip Barbour. The Bees will then play Hampshire on the road on Saturday in their regular season finale.