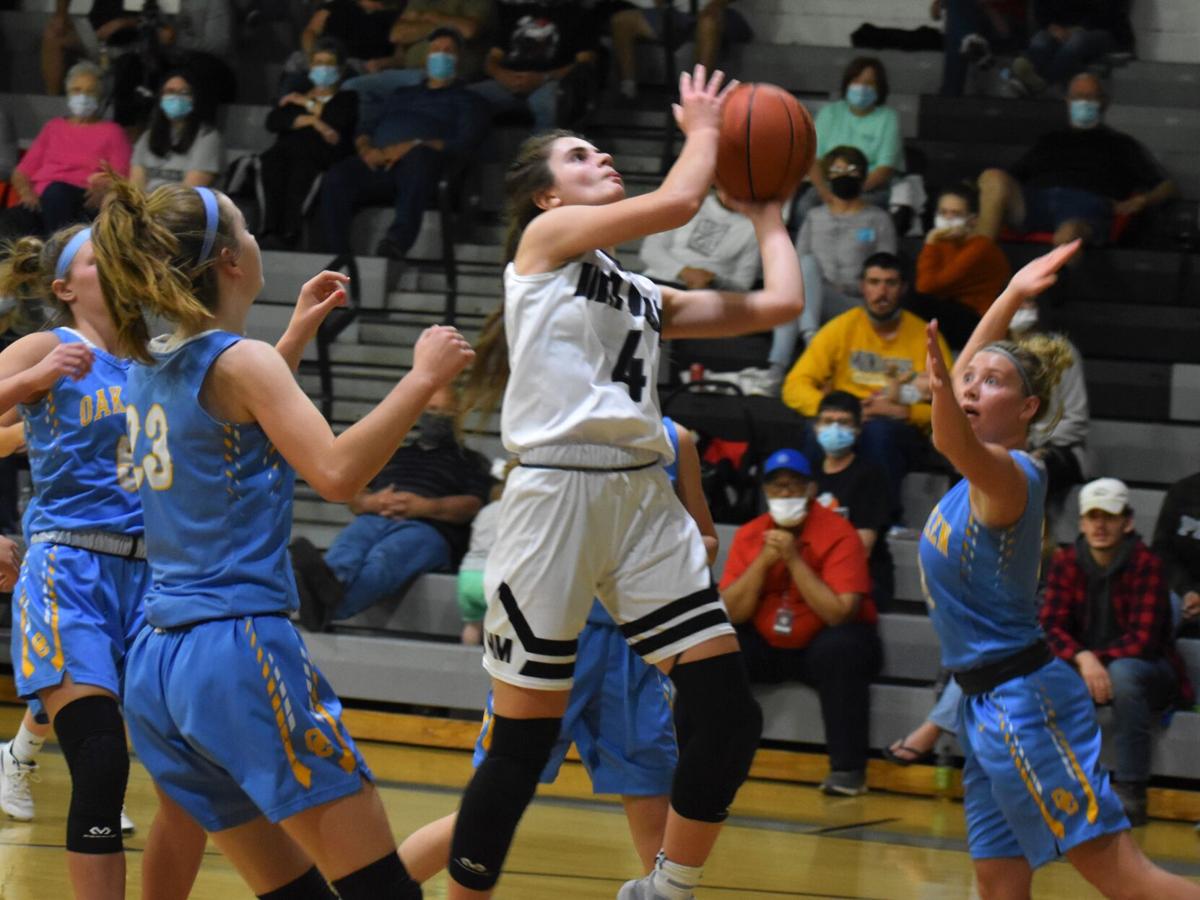 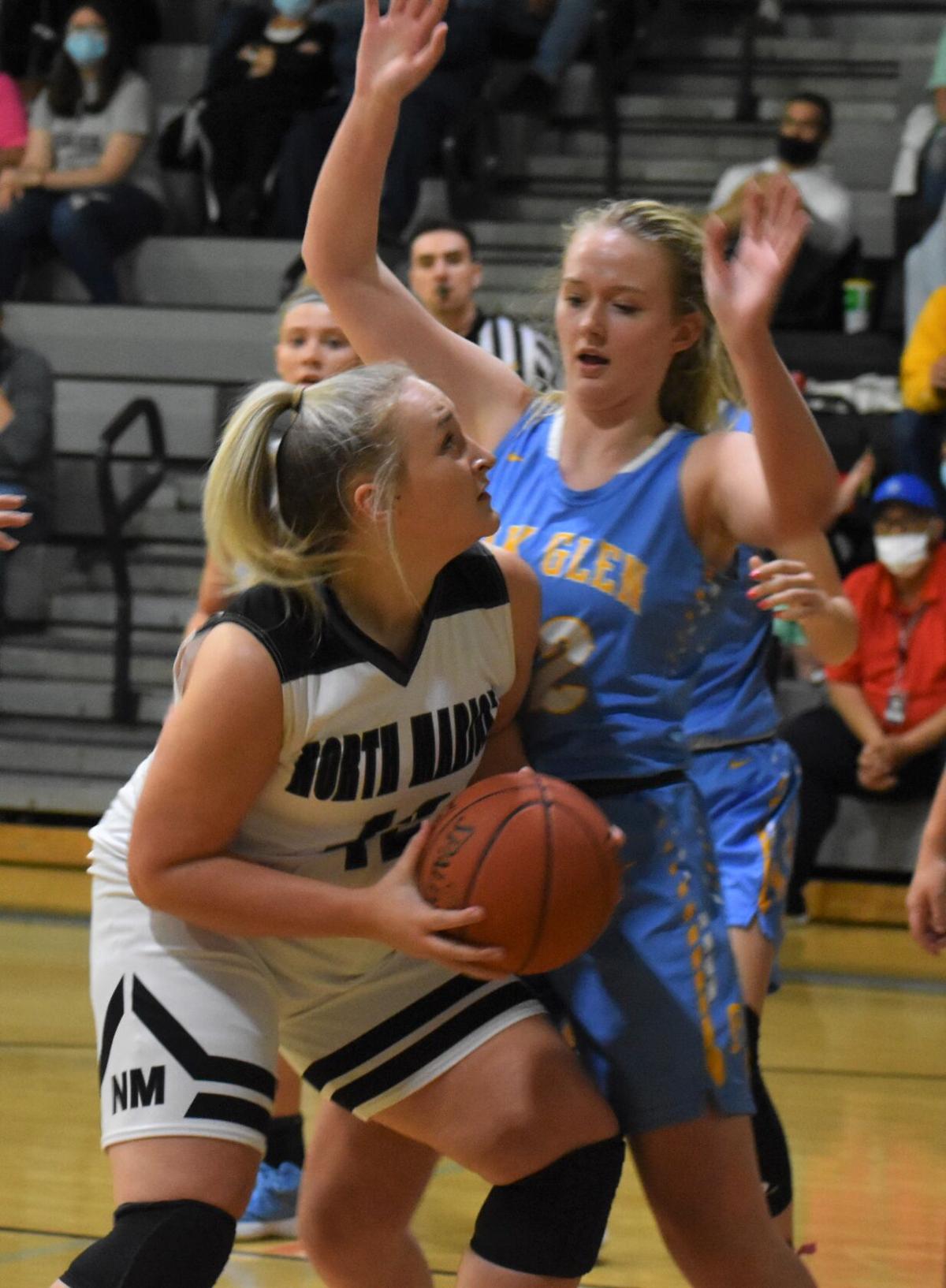 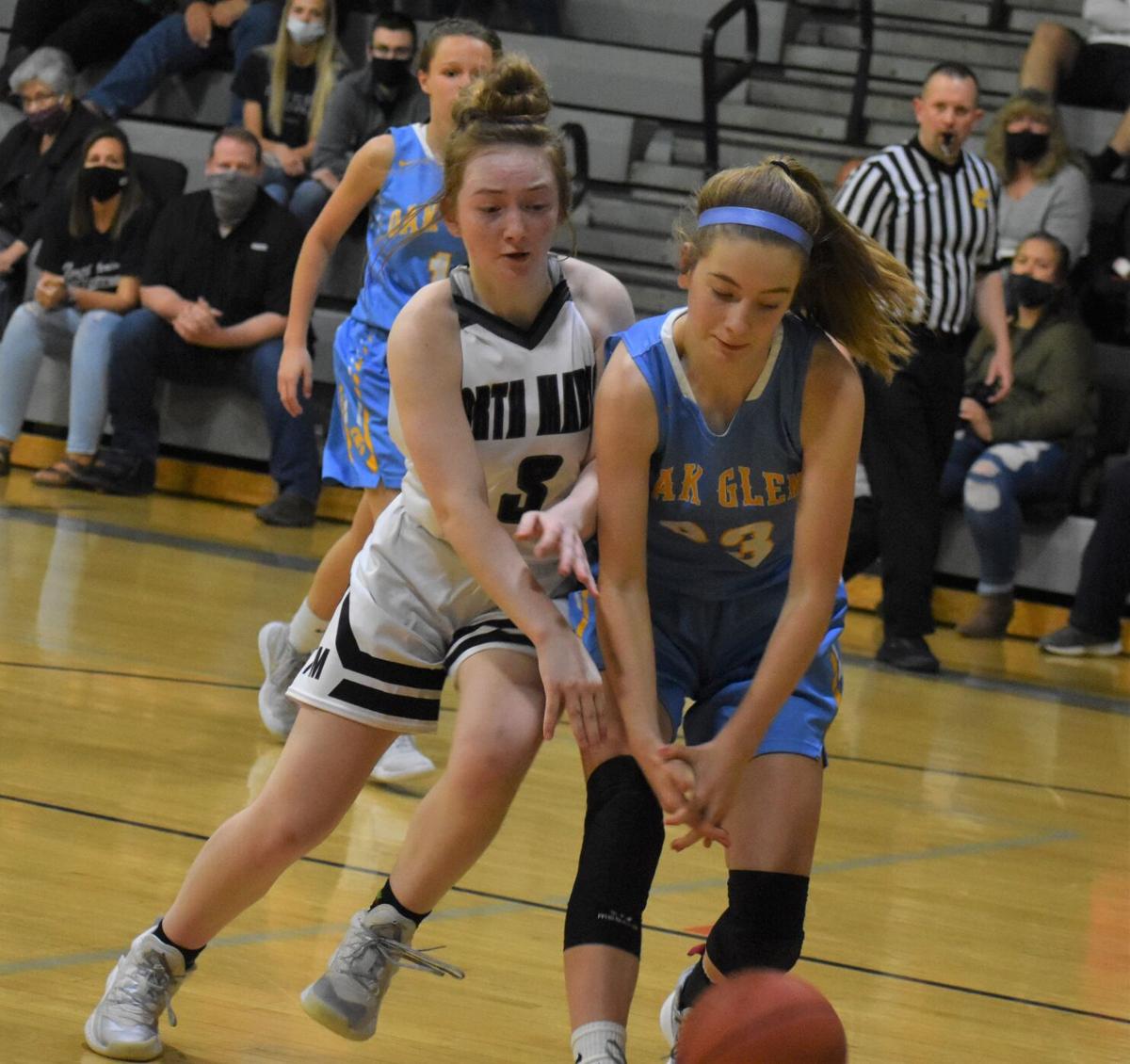 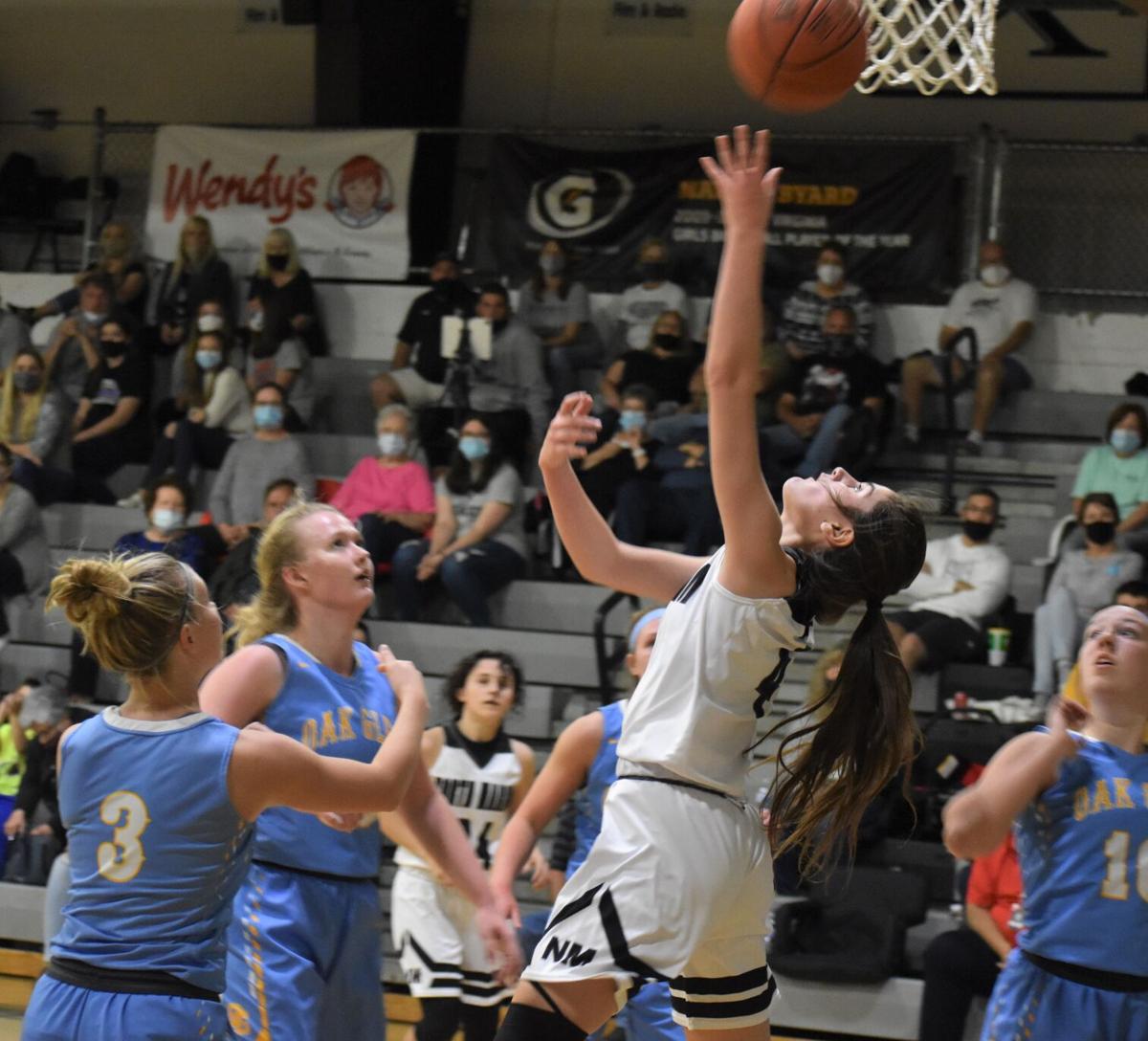 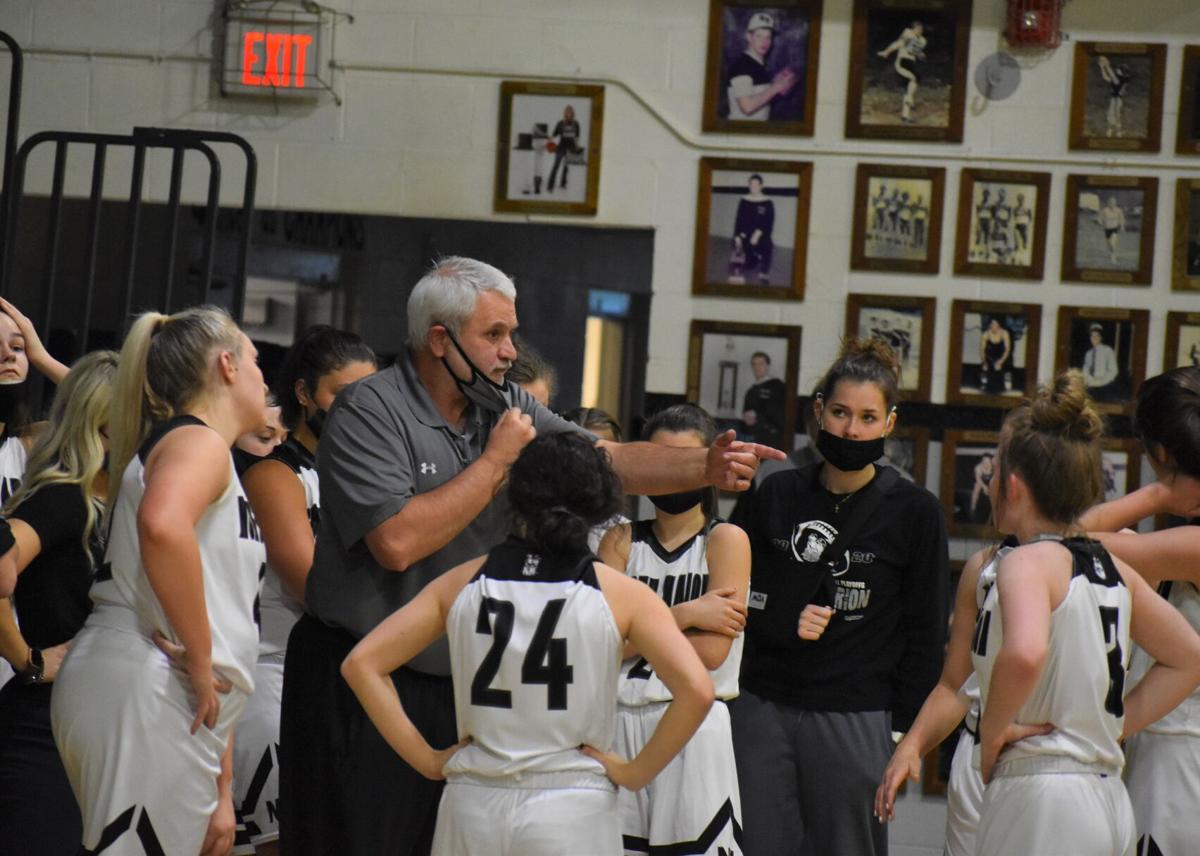 North Marion coach Mike Parrish talks to the team during a timeout. 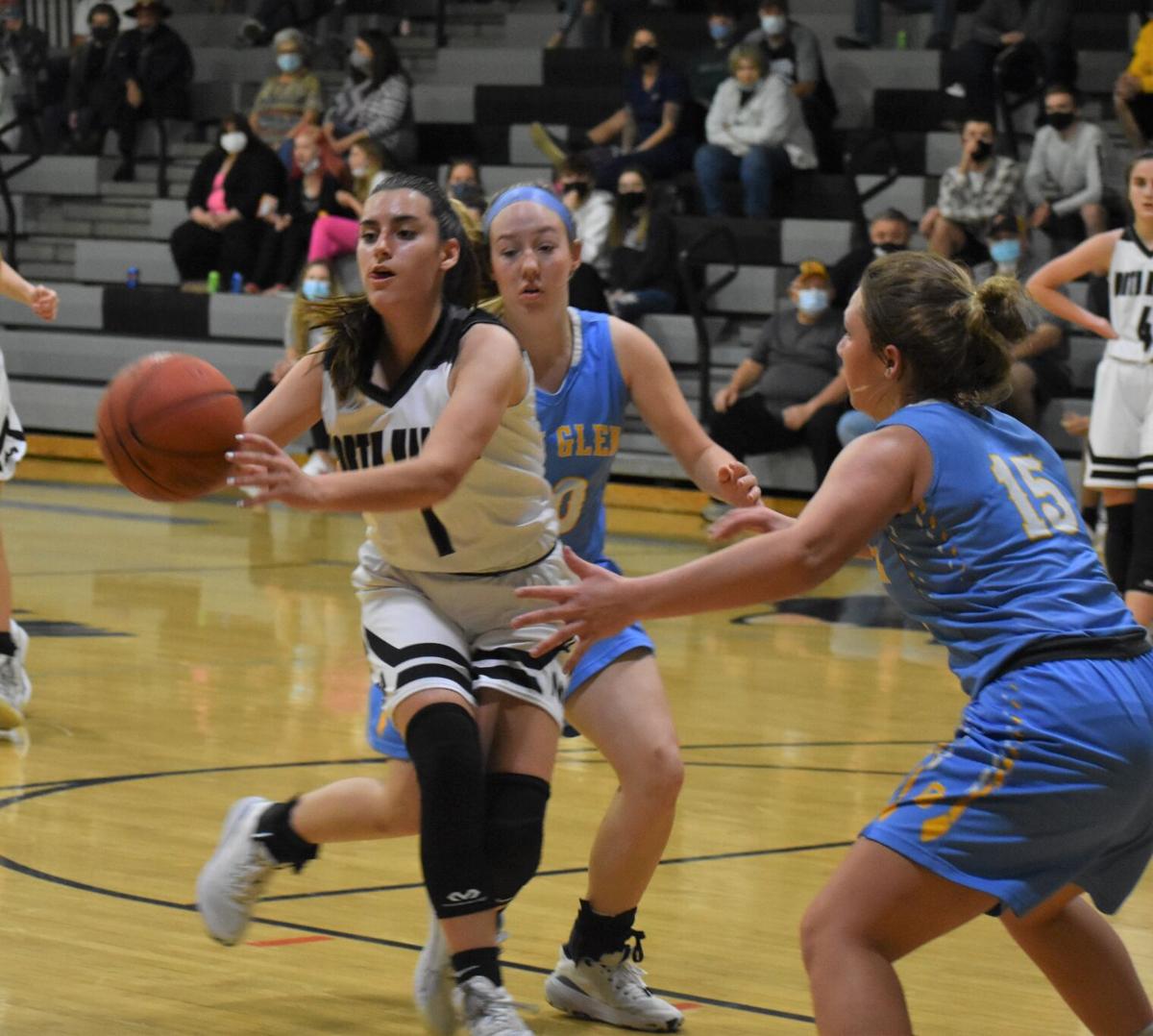 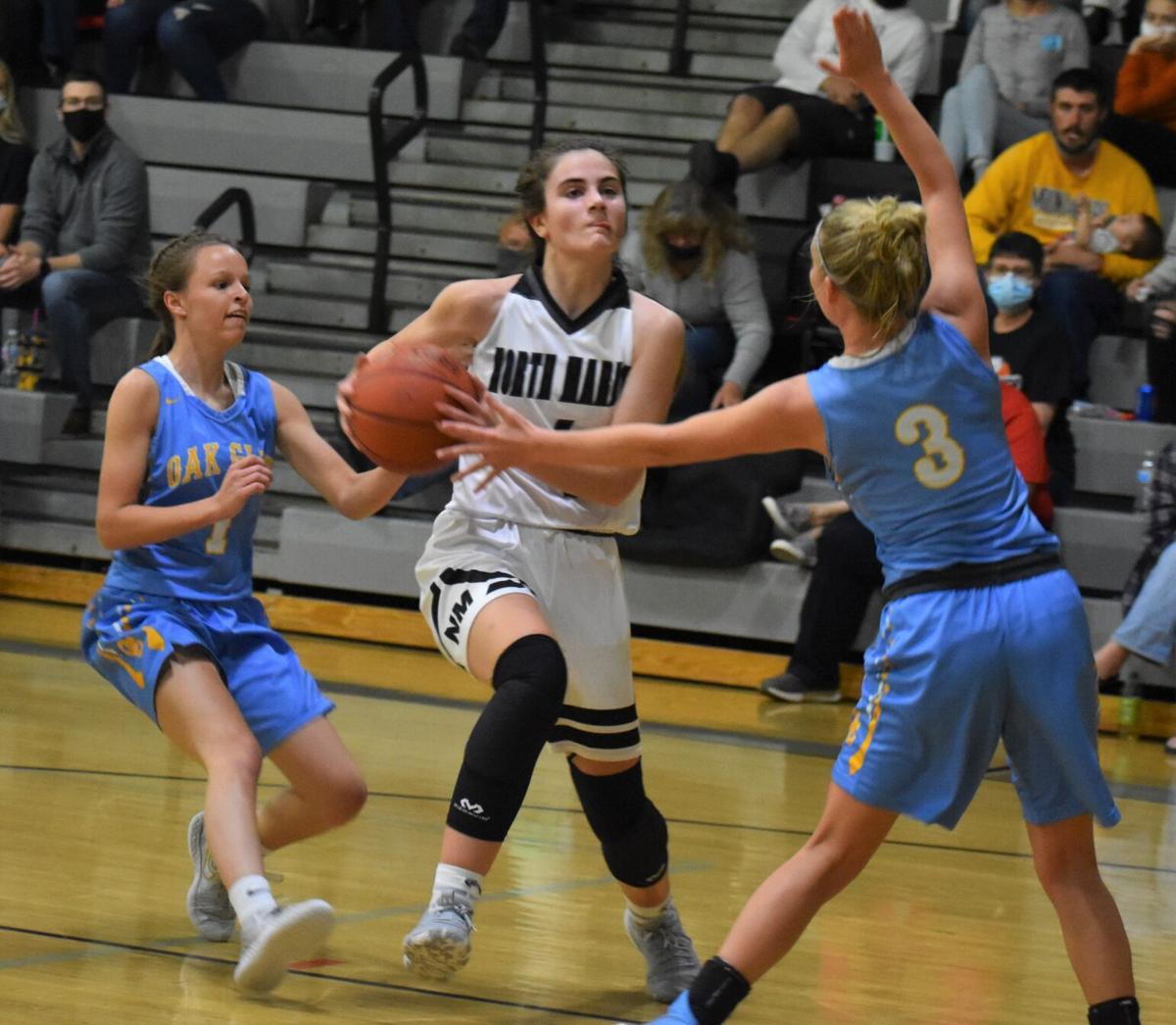 North Marion coach Mike Parrish talks to the team during a timeout.

RACHEL — It wasn’t the easy-going waltz to start the postseason North Marion has become accustomed to through the years on Tuesday in its Region I, Section 1 semifinal against visiting Oak Glen, but the Huskies did eventually find their groove and their rhythm to nab an 82-59 victory.

With the opening round playoff win, the top-seeded Huskies (11-0) will now advance to the Region I, Section 1 championship game where they will host the winner of the other sectional semifinal between No. 2 Wheeling and No. 3 Weir on Friday at 7 p.m.

“It was a long layoff and we were just out of sync,” said North Marion coach Mike Parrish, whose Huskies last played March 31 and have partially been in COVID-19 quarantine the past two weeks. “Oak Glen showed up to play and they played hard — they’re greatly improved since we played them earlier in the year.”

“When it comes tournament time, it’s a new season and like I’ve told (the girls), I’m just so proud of them because they don’t quit,” said Oak Glen coach Scott Wiley. “I’m just proud of what they did, and we gave them a fight but North Marion is just too good, you have to almost be perfect against them.”

Oak Glen fell into a 14-4 hole to start the game, but from that point forward, the Golden Bears went blow-for-blow with Class AAA’s No. 2-ranked team in North Marion as they scrapped for second and third chances on the offensive glass and attacked NMHS’s vaunted 2-2-1 full-court press with ping-ping passing sequences to unearth open looks both in the paint and from the perimeter.

But every time Oak Glen managed to gain an ounce of traction or a tinge of momentum, North Marion sophomore Olivia Toland was there to remind the Golden Bears of the Huskies’ might, as the star forward poured in a career-high 35 points on 15-of-25 shooting, to go with four steals.

“I felt really good in warm-ups and they were giving me a lot of open shots I normally don’t get. They were forcing me left, too, so that helped, but there were a lot of open gaps to drive to the basket,” said the left-handed Toland, who was really a singular force for North Marion in the first half as she scored 24 points on 10-of-15 shooting, while the rest of the Huskies had 13 points on 6-of-26 shooting. “We started off really slow in the first half, but in the second half we got a lot of open looks and were moving the ball really well, and that really helped us.”

“[Olivia] just had that fire,” Parrish said. “She was getting to the basket and hitting some shots, and we needed all of them tonight.”

Toland’s lights-out first half to carry North Marion to a 37-29 lead at the break blended into more of a collective effort for the Huskies in the second half as NMHS, in particular, got a boost from all-state senior guard Karlie Denham and freshman guard Emma Freels, who combined to score 27 of their 32 points over the final two quarters. Denham, especially, was revitalized after the break, as she repeatedly crossed up Oak Glen defenders and zipped into the paint to reign direct assaults on the rim, highlighted by a spinning and-one finish that ballooned North’s lead to 19 midway through the fourth quarter.

“Right there in the fourth quarter she finally turned it on,” Parrish said of Denham, who scored 18 of her 22 points in the second half. “She was a little out of control there for the most of the game, but after I took her out and she came back in, she had a little more of that, ‘I got to get something done here.’”

Denham coupled her 22 points with six rebounds and three steals, while Freels added another 10 points, five assists and four steals, and senior forward Taylor Kerere grabbed a whopping 17 rebounds, to go with six points, three steals and two blocks for North Marion, which was still without junior all-state forward Katlyn Carson due to injury.

Reece Enochs led Oak Glen with a team-high 23 points and five steals, and the senior guard spent practically all 32 minutes breathing fire from beyond the arc, as she drilled 7-of-13 from 3 to keep the Golden Bears hanging around for nearly the duration of the game. Alayna Kranis chipped in a near double-double of nine points and 10 rebounds as well for Oak Glen, while Elizabeth Kell added eight points off the bench and Carson Barr pulled down a team-high 11 rebounds to go with three assists.

“She’s got an unconventional shot, but somehow it goes in,” said Wiley of Enochs, who nearly eclipsed 1,000 points for her high school career with the Golden Bears. “She’s fun to watch, because she can be hot and then I’ve seen her when she’s really cold, too. But it’s just been good senior leadership out of her the whole way through.”

Enochs’ flurry of 3s, which were ceiling scrapers that just sort of dropped right through the net, were Oak Glen’s equalizer early on, as she drilled three in a row at one point to erase North’s early 10-point lead and bring the Golden Bears to within just one at 18-17 at the end of the first quarter. Toland threw on the chef’s hat and cooked up her own scoring binge in the second quarter, as she finished an and-one layup, put back a miss of her own, and buried a pull-up 3 from multiple feet behind the line to propel the Huskies back to an eight-point lead by halftime.

“We turned them over a lot,” Parrish said, as the Huskies forced 30 turnovers to win the turnover margin 30-17 for the game, “but it was a gamble, because when we didn’t turn them over, they made shots. I don’t know how many points (Enochs) had, but she probably made about eight or nine 3s it seemed like.”

At last in the fourth quarter, however, Oak Glen’s feisty upset bid finally started to peter out, as the Huskies started the period on an 8-0 run to go up 14 and eventually stretched it out to 19 just over midway through the fourth.

“We were a little rusty and we came out slow,” Toland said, “but by that second half, we got more of a rhythm and played a little faster.”