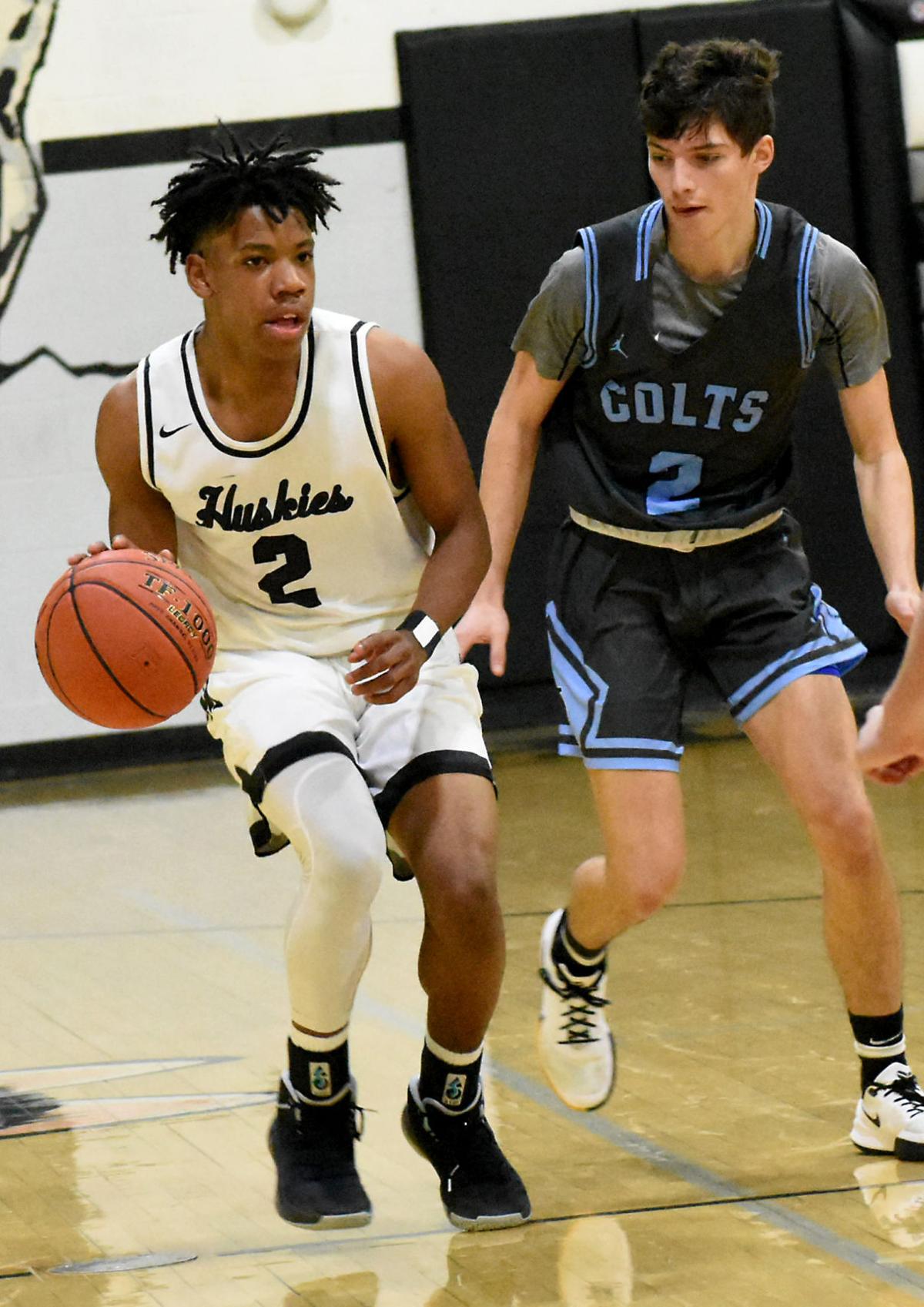 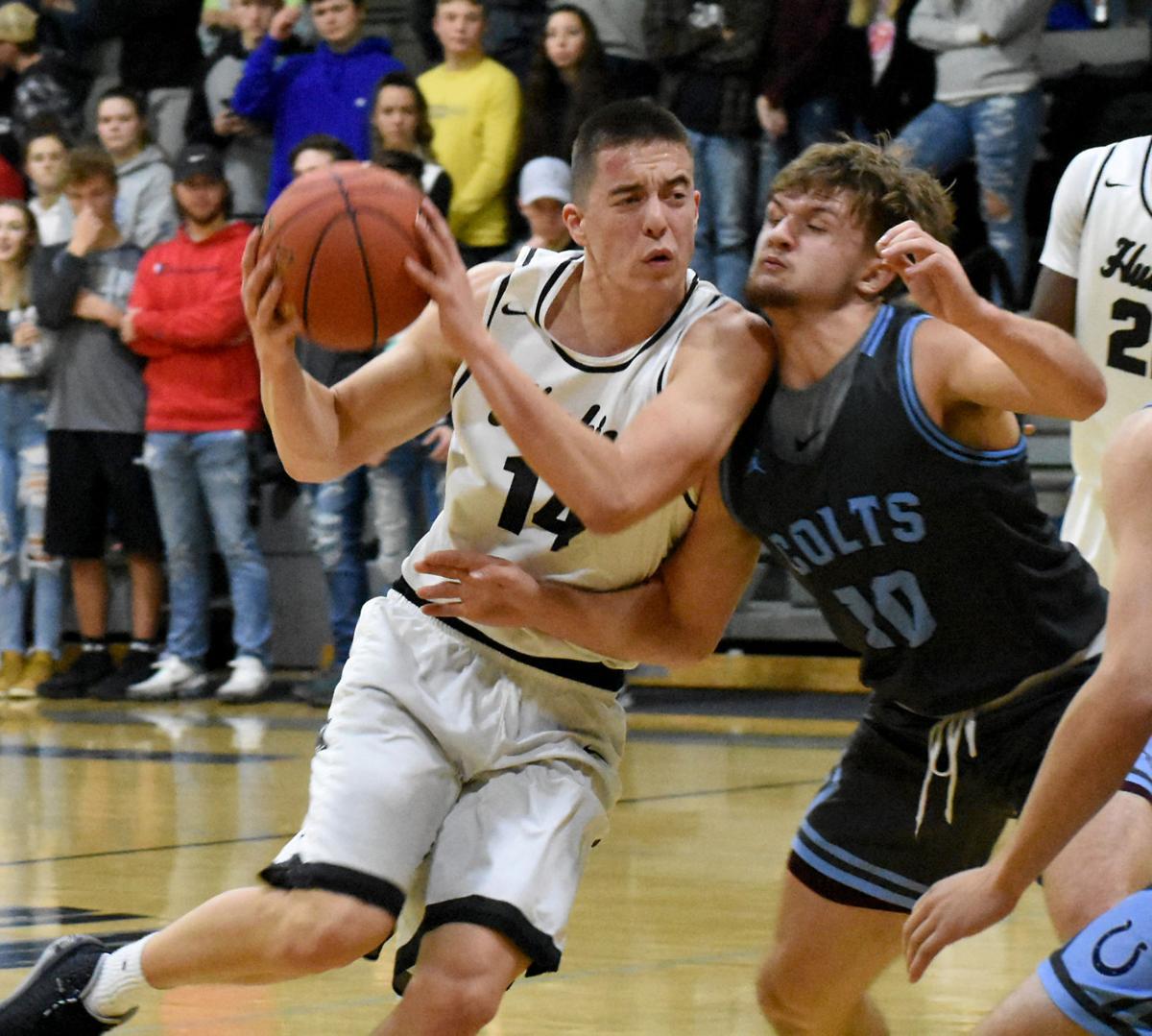 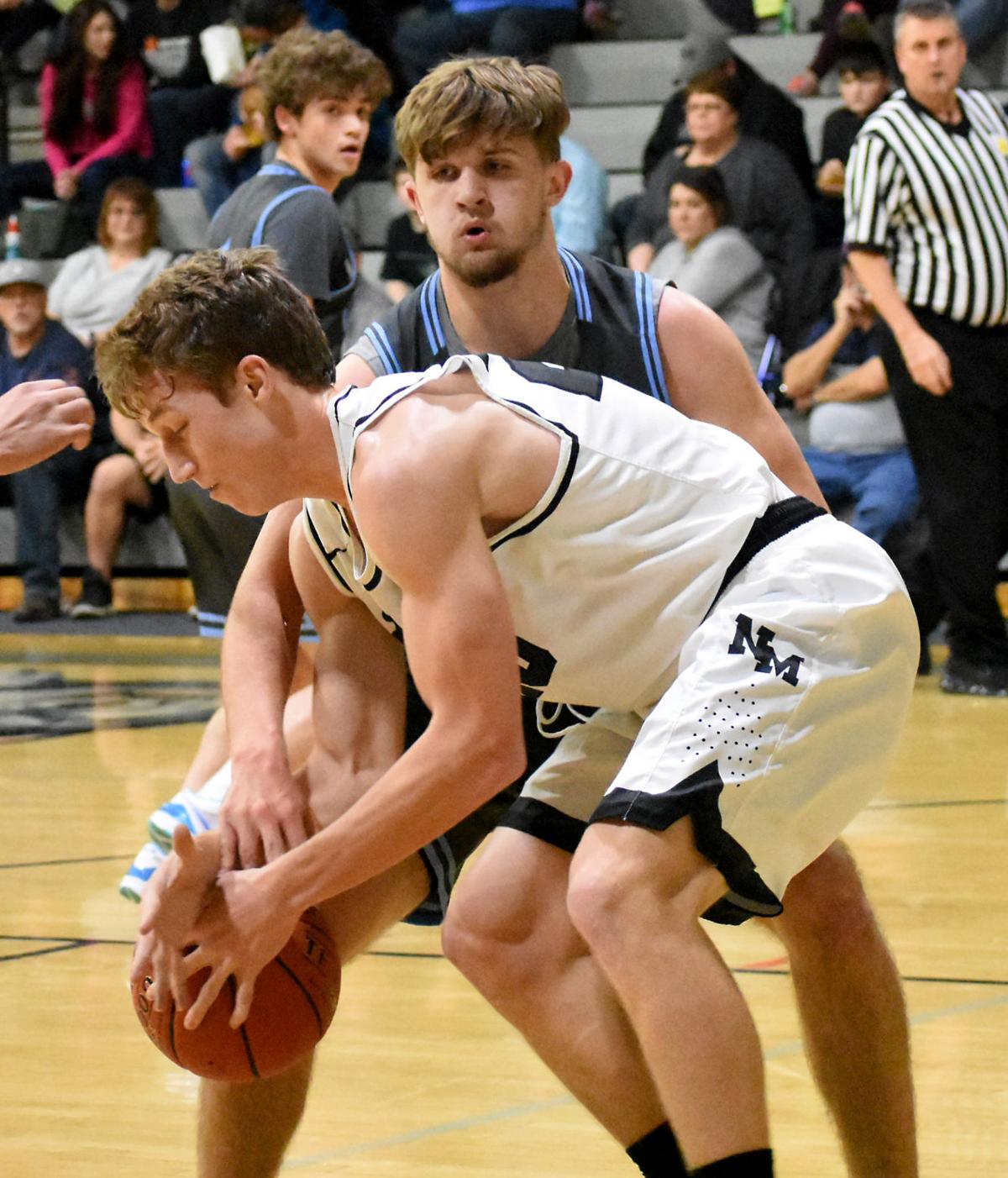 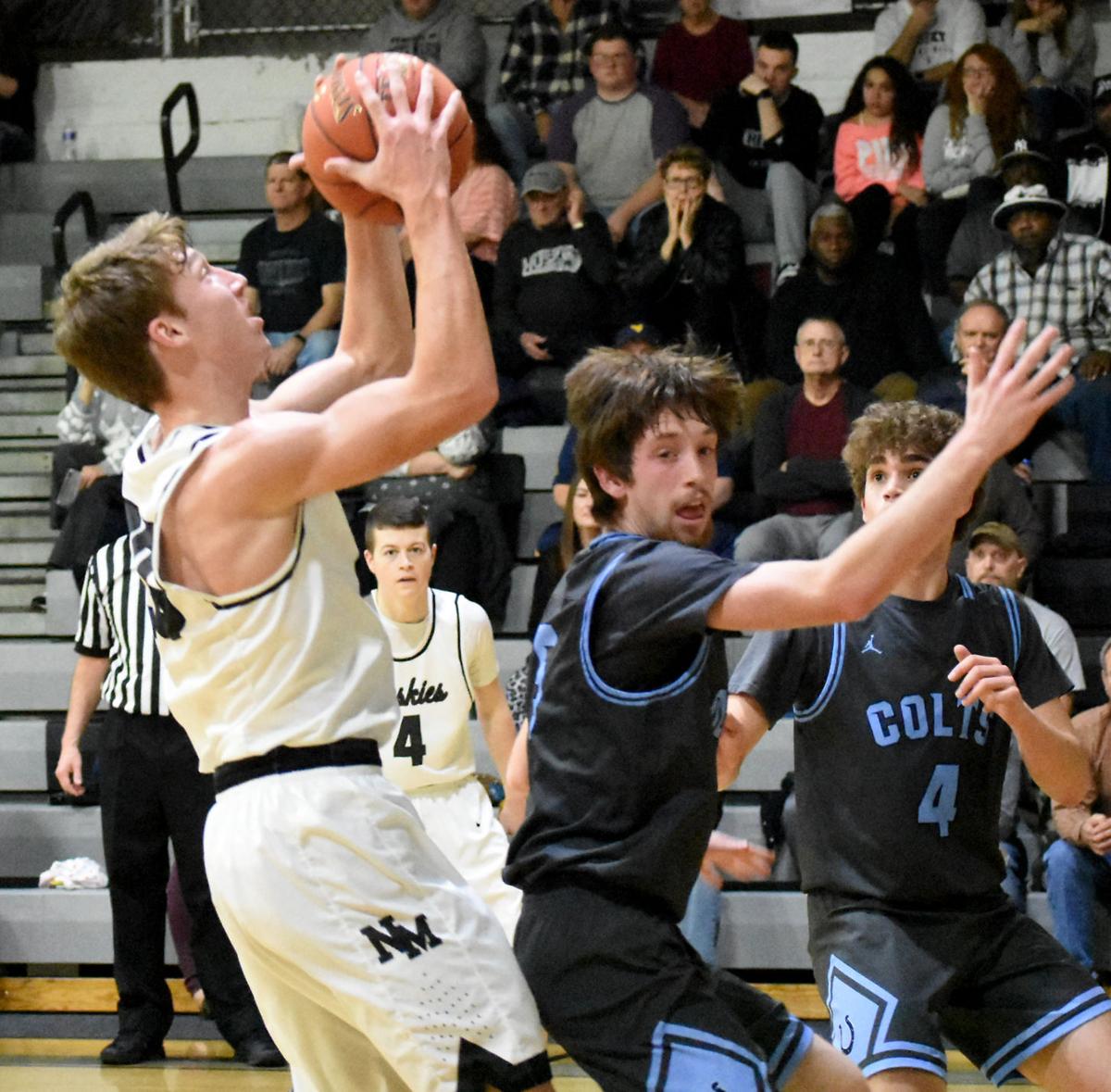 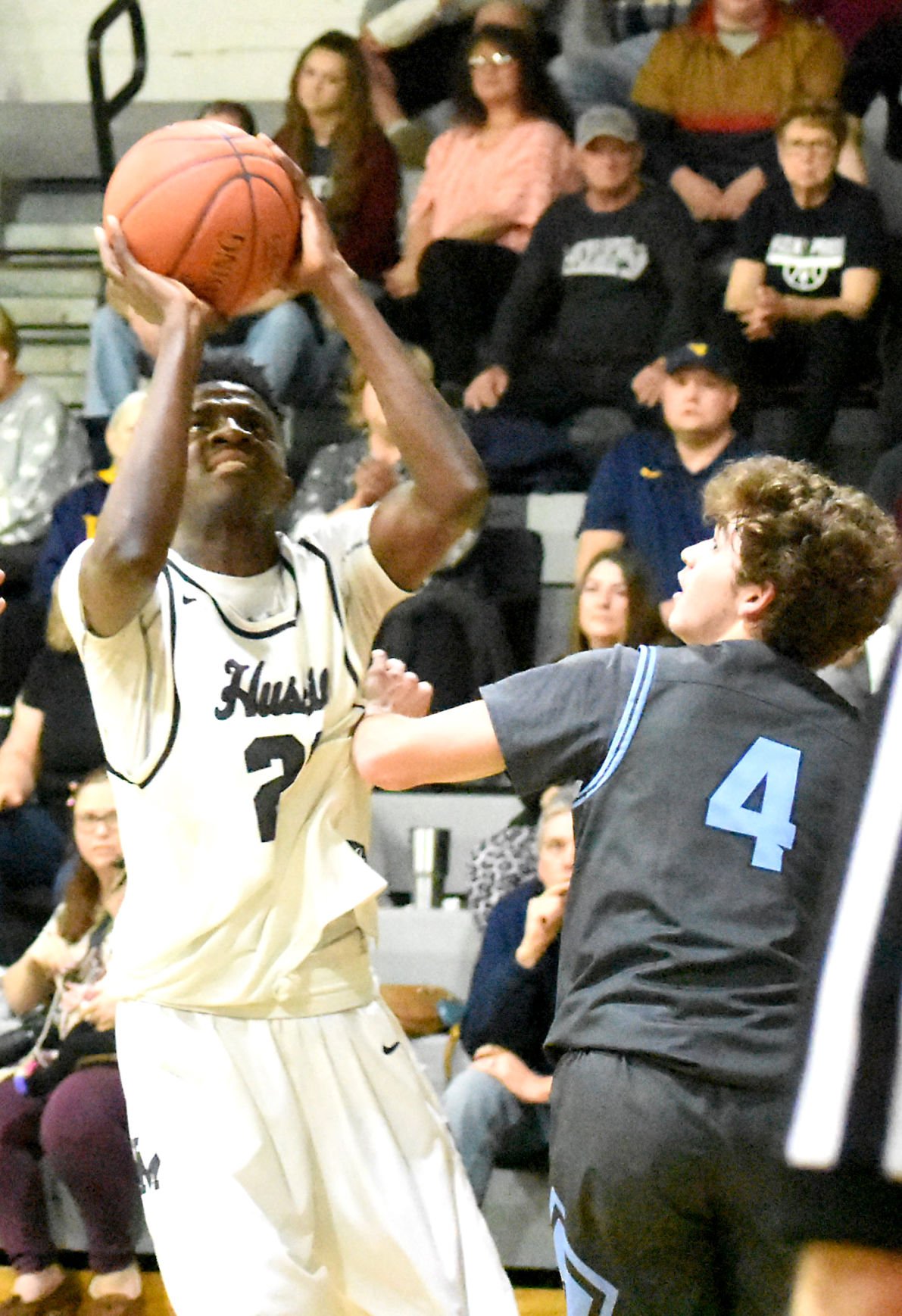 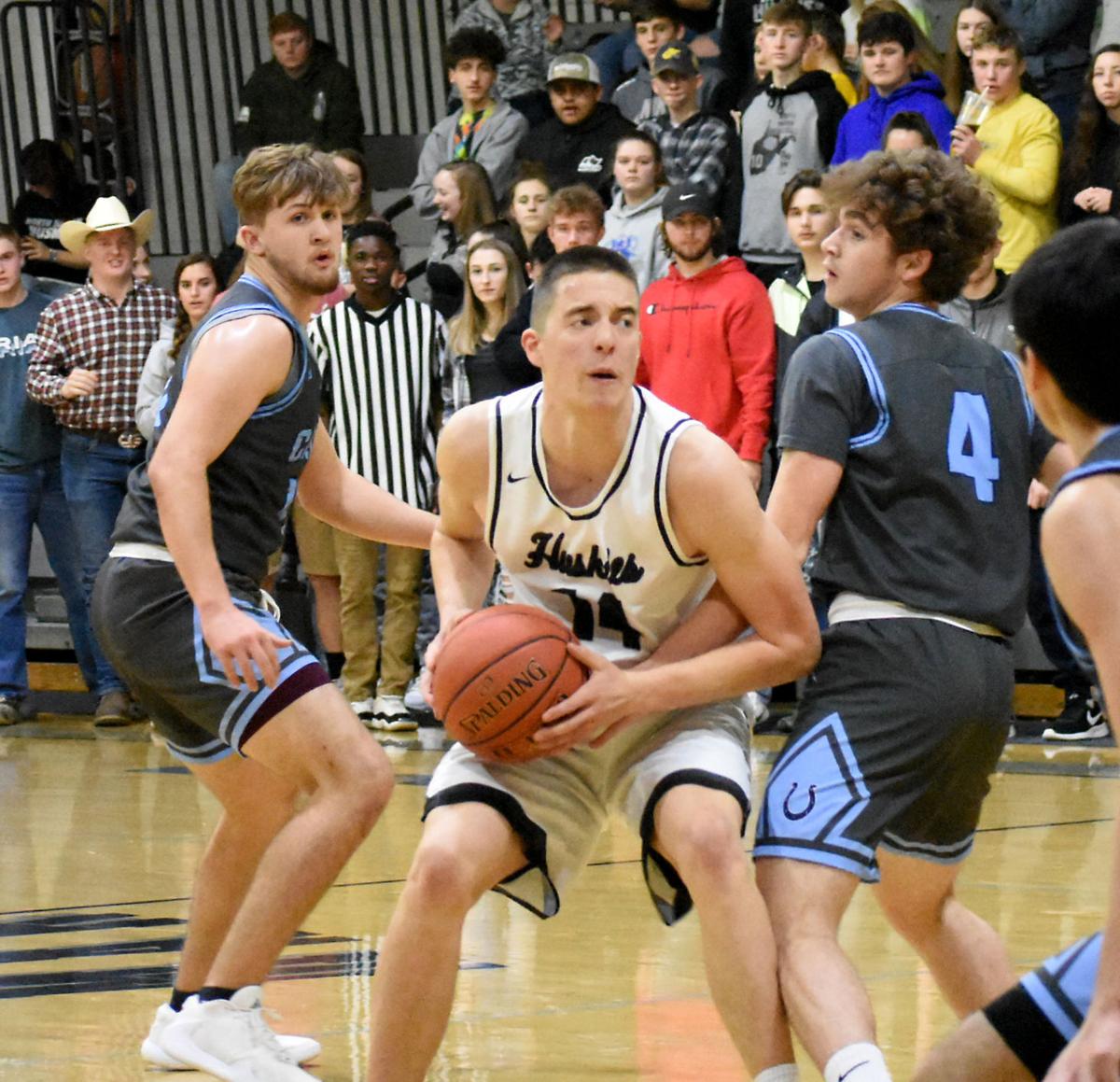 RACHEL — Sometimes the best formula to score in basketball isn’t to look for the best shot you can find, but rather look for whichever teammate has the best opportunity to score. That philosophy was exemplified by No. 6 North Marion’s performance Wednesday against Class AA and Big 10 foe Philip Barbour.

Transition offense and ball movement were the keys to success for the Huskies, and they executed tremendously in both categories as they outran the Colts for a full four quarters and tallied 20 assists as they cruised to a 73-55 victory.

“We’ve really been stressing pushing the ball to the rim and getting transition points when you can — we don’t really like to set up because that gives the defense to get time to set up as well,” senior Gunner Murphy said.

The Huskies (9-0) were able to ease into their transition game from the opening whistle as they used their lengthy defense — with three players standing six-feet and four-inches or taller in North’s starting lineup — and an aggressive, in-your-face mentality to force the Colts (5-3) into passes and shots that were less than optimal.

“They were way more aggressive — they changed a lot of our shots with their length because we were worried about them blocking our shots. That makes our percentage go down, and when you have those easy looks and you miss them, your confidence also goes down. If we score on them easier, if we’re not afraid of them blocking our shots, then it might be a different game,” Philip Barbour head coach Marcus Johnson said.

The Huskies whipped the ball up-and-down the floor with accuracy and efficiency all evening, making countless smooth passes to set up fellow teammates with high-percentage looks and open shots to get their offense going.

“We’ve been doing a lot better job of moving the ball and finding the open man — we don’t really care who scores, we just care about putting wins on the scoreboard,” senior Gunner Murphy said.

“It all starts on the defensive end and getting out in transition. From there we like to space the floor — we feel like we can stretch defenses with our ability to shoot the ball from a distance, and we have guys on the floor that are multidimensional. When you’re able to click on all cylinders like that, you can be tough to guard,” Freeman said.

The result was a plethora of scoring opportunities for the Huskies, and they would proceed to catch fire on the offensive end of the floor — they would score 42 points in the first two frames and would convert 10 three-point baskets on the night, including six in the first half in what Freeman called the team’s best shooting performance of the season.

“We work shooting a lot in practice — we spend at least 15-20 minutes a day just talking about shooting and offense, and it’s really impacted us. Especially when everyone is shooting well and rolling, it really helps us out,” said Murphy, who paced the team with 18 points while adding 11 rebounds to tally a double-double.

The Huskies would use their explosive offensive to jump out to an early 21-10 after the first eight minutes of play, putting the Colts in a hole that interrupted their usual offensive rhythm — as they struggled to battle back and make the game competitive before too much time got away, they would abandon the same ball movement principles that led the Huskies to such a deadly performance from the field.

“We got down and we just thought we could come down, fire threes, and they would go in. But you don’t come back from one or two baskets — you don’t do that at all. From there our offense just became really stagnant,” Philip Barbour head coach Marcus Johnson said.