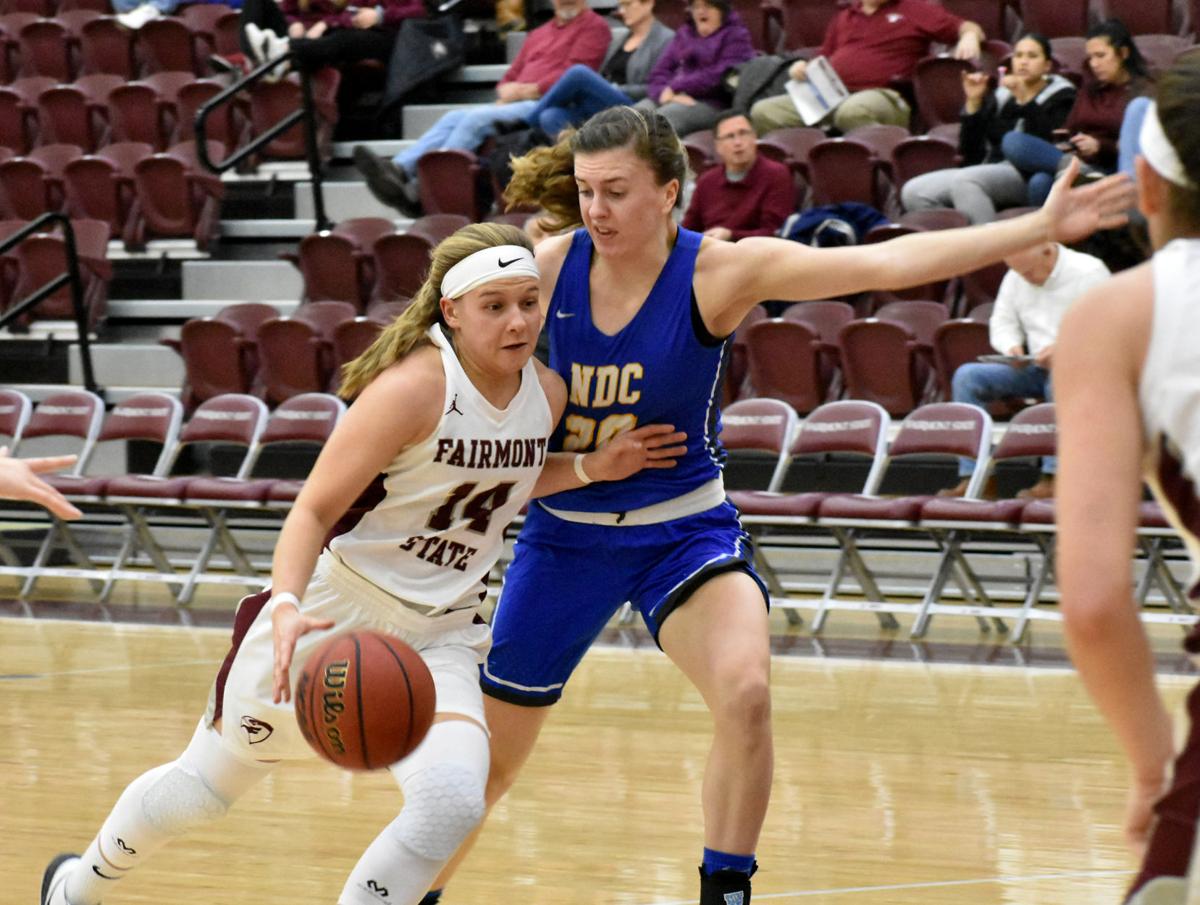 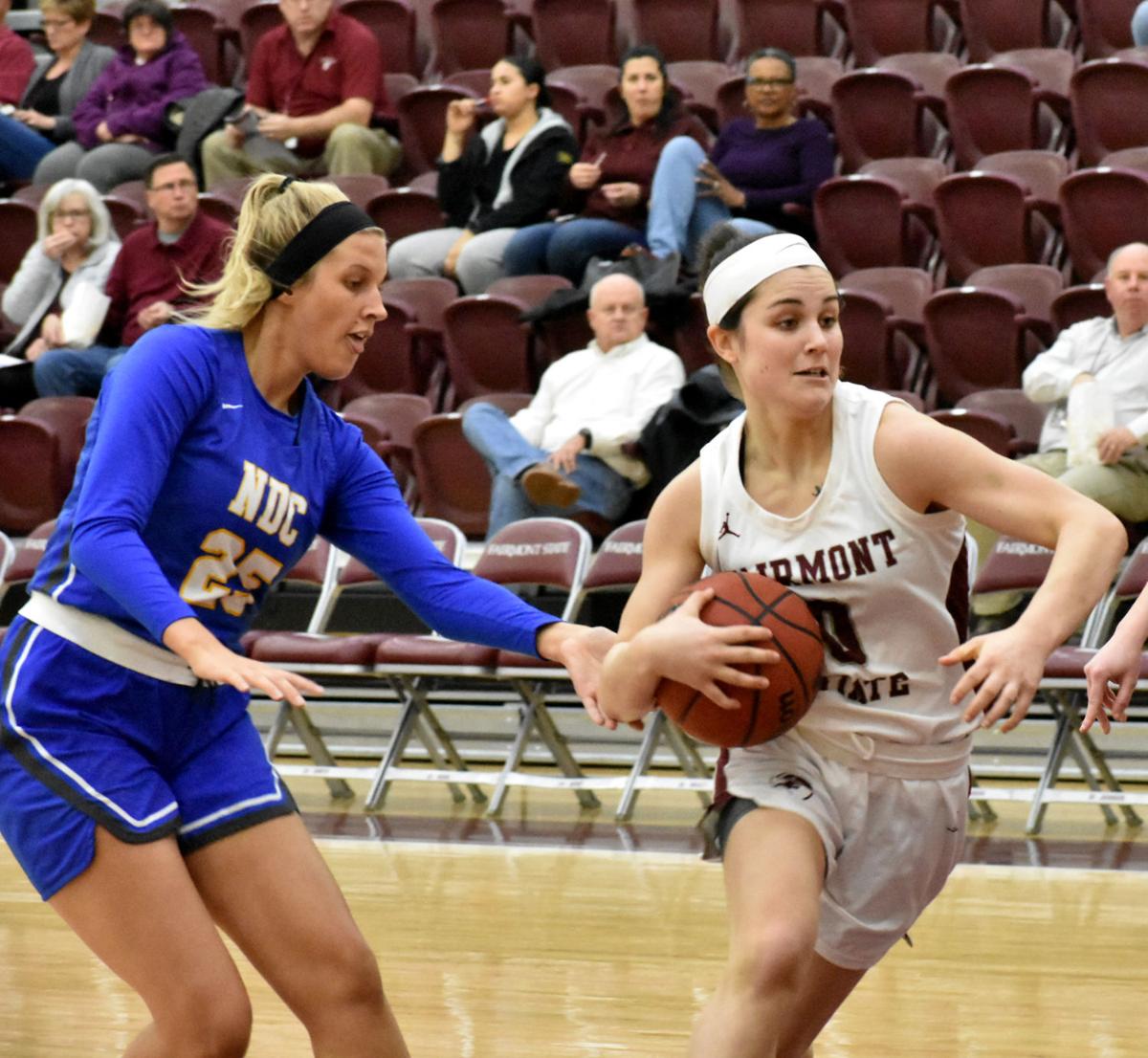 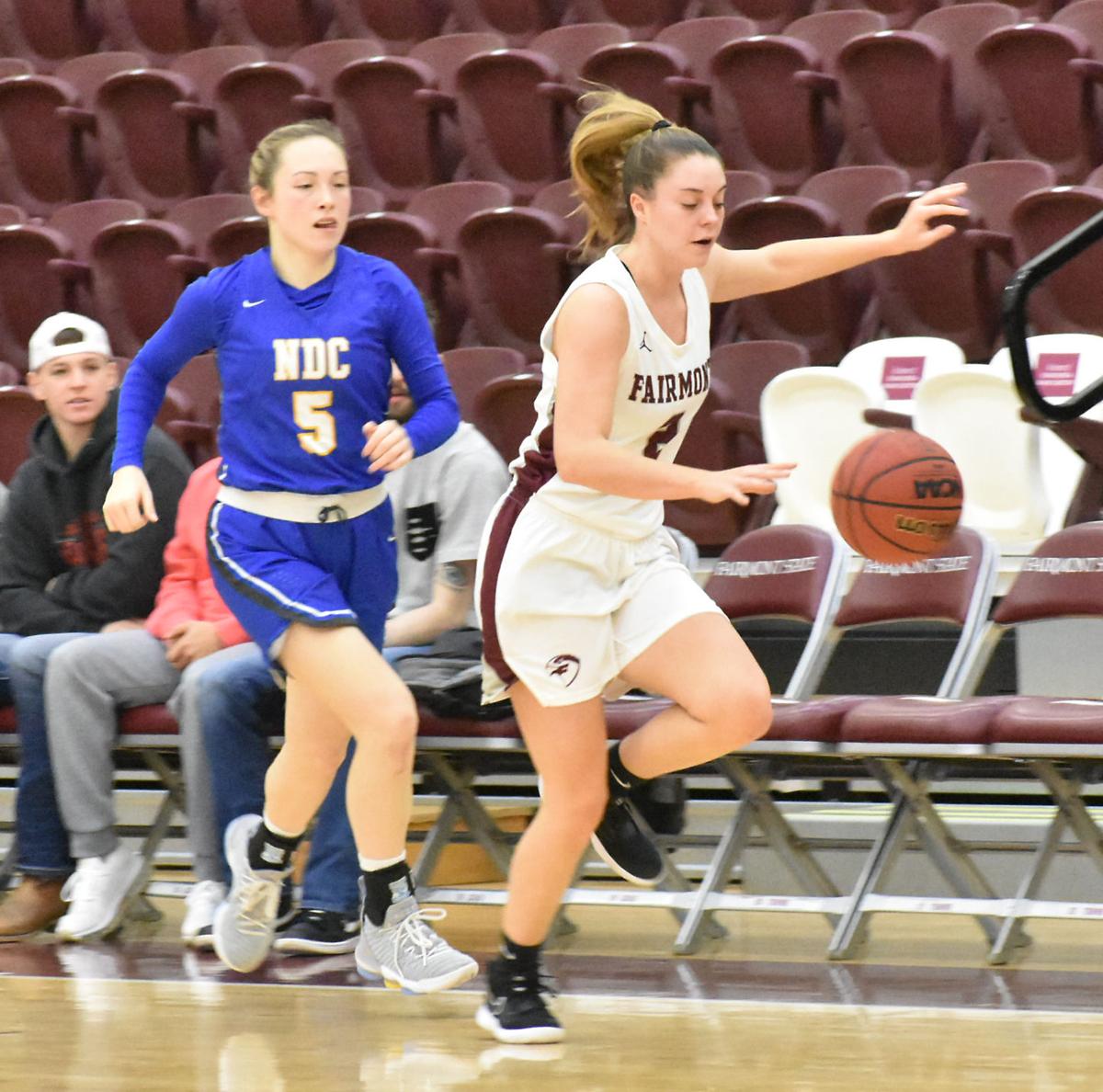 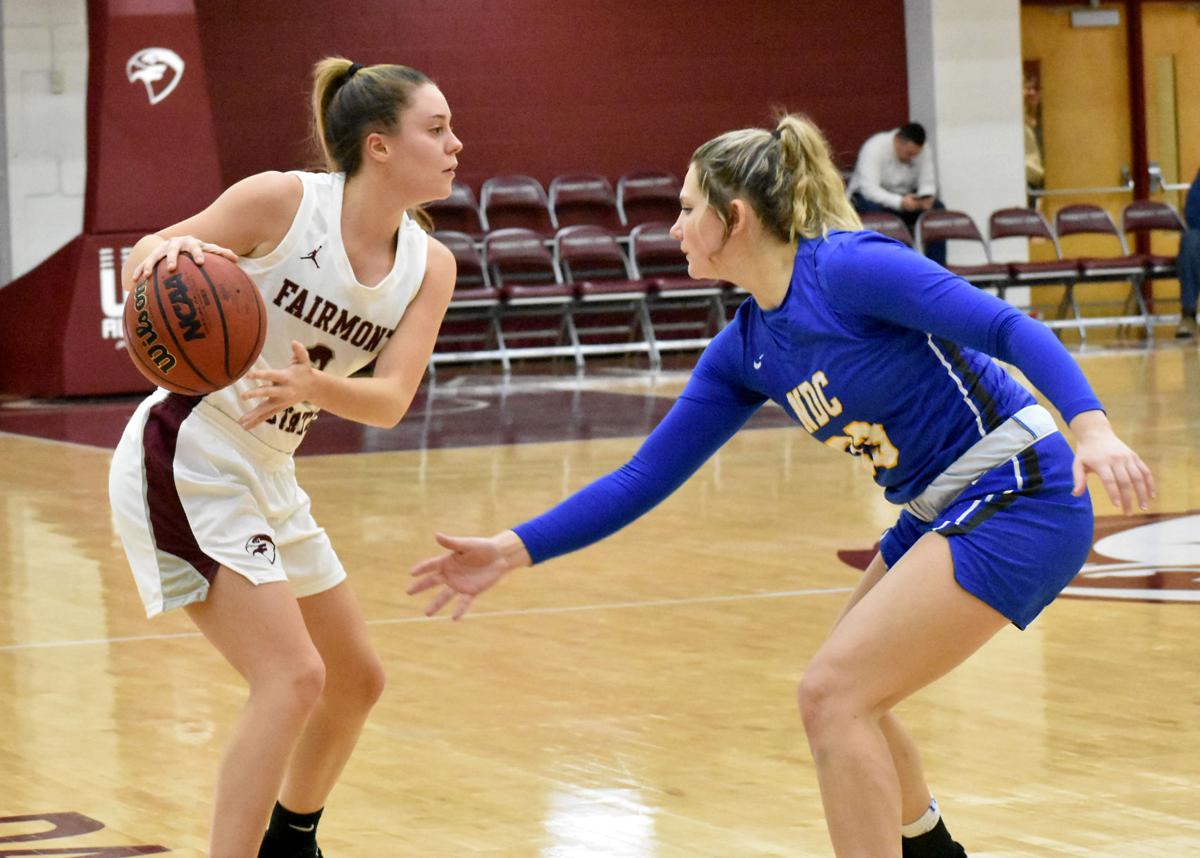 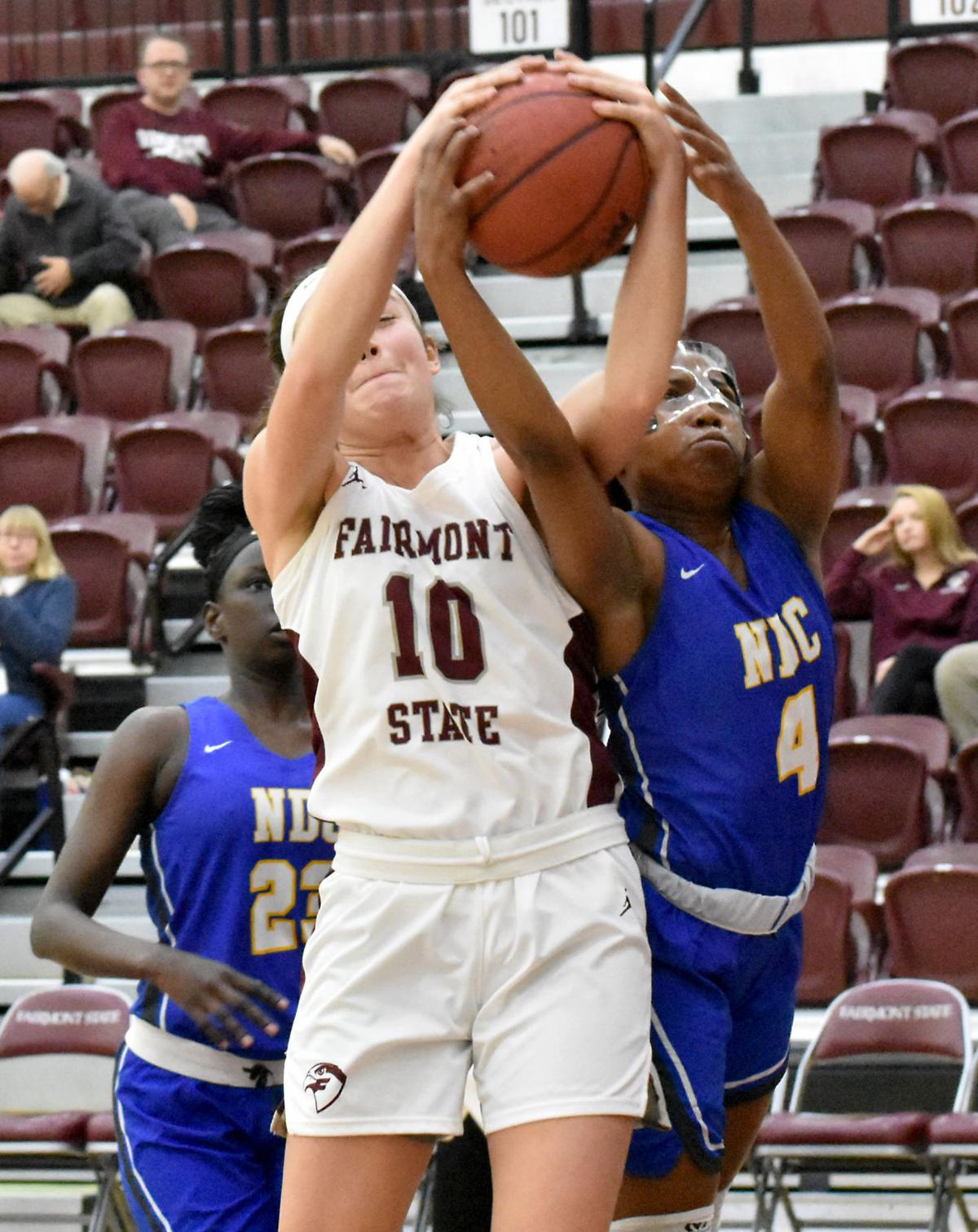 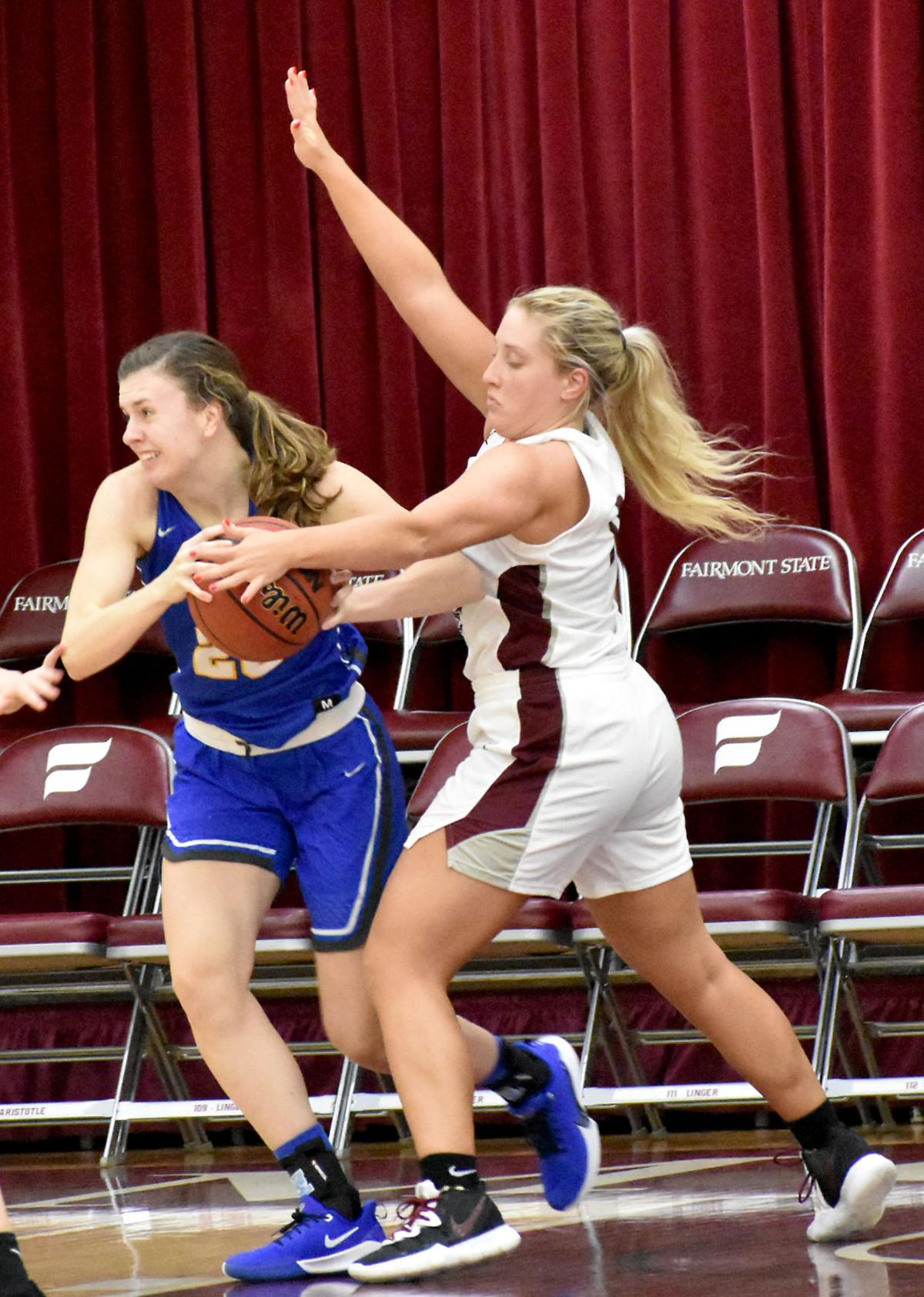 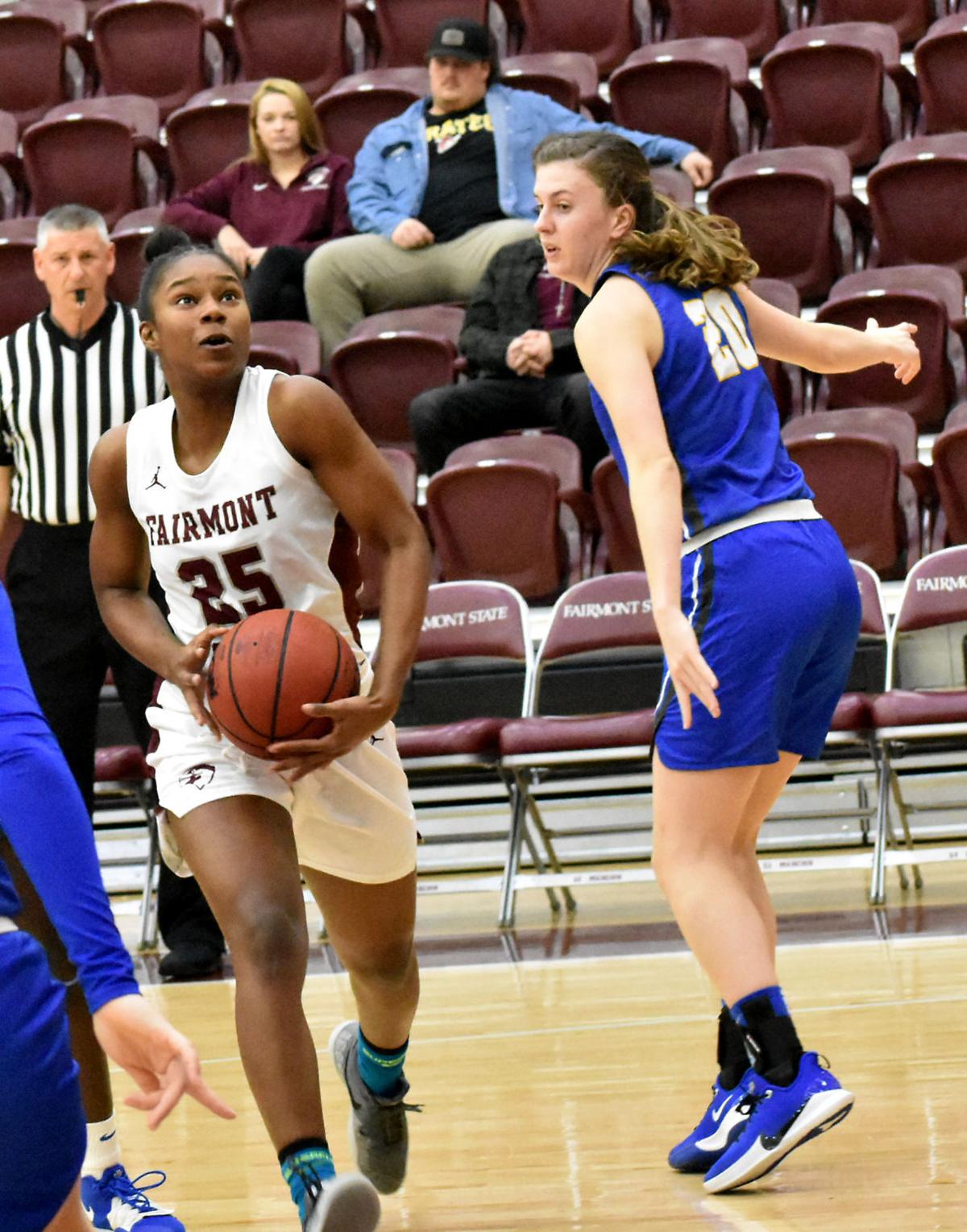 FAIRMONT — When Fairmont State junior Sierra Kotchman drained her second — and final — three-pointer late in the fourth quarter against Notre Dame (OH) on Wednesday night, there wasn’t a wild roar from the fans inside Joe Retton Arena. In fact, there wasn’t much of a reaction at all — her team was trailing by nearly 30 points, after all.

The converted shot, however, wasn’t just another run-of-the-mill basket for Kotchman — it didn’t need to be a crucial make or a game-winning buzzer-beater to be special. Because as the shot dropped through the net, it marked her 1500th career point for the Falcons. She becomes only the tenth-player in program history to achieve the milestone.

“It’s a good accomplishment, but I’m just frustrated we didn’t win. My hard work is definitely paying off,” Kotchman said.

“She deserves it, and there isn’t a kid more deserving, I don’t think. She puts so much time in — basketball is her life. We’d like for her to take a day off, but she won’t. She’s constantly getting after it,” Fairmont head coach Stephanie Anderson said.

Kotchman is a crucial component for the Falcons, although her stats are probably more telling of just how important she is. She is the Mountain East Conference leader in minutes played at 37.4 per game, and she leads her team in scoring and sits fifth in the league with 19.3 points per game.

“She makes my job a lot easier as a coach and she’s a great leader for us. She plays very tough, very hard-nosed, and I love having her. She’s going to be a very great coach one day as well,” Anderson said.

Perhaps most impressive about the accomplishment is how quickly Kotchman reached the milestone — just a junior with still nearly a season and a half to play, the high-scoring guard achieved what just a handful of players manage with plenty of time left to do more.

“I think she’s going to continue to grow — she has put the time in and she’s going to reap the rewards. The sky’s the limit for her, and we’ve only seen a little bit of how successful she can be here,” Anderson said.

While Kotchman’s teammates and coaches and Fairmont fans eagerly keep an eye on her to see just what else she can accomplish as a Falcon — and just how far she can help lead the program — there’s only one goal on her mind as she looks to finish the season. And it doesn’t matter how many points she has in the end.

“I just want to win, and do whatever I can to help this team and my teammates,” she said.