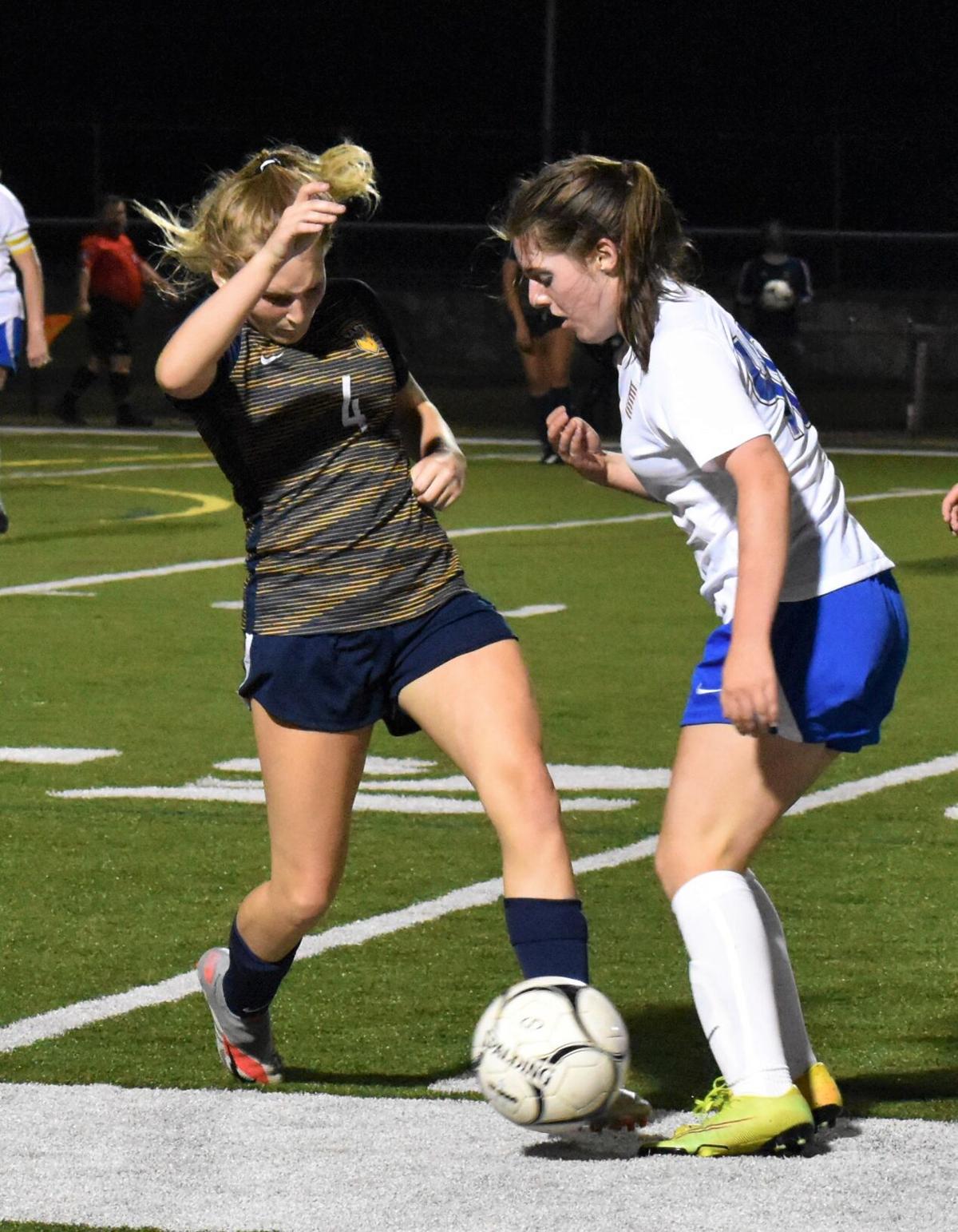 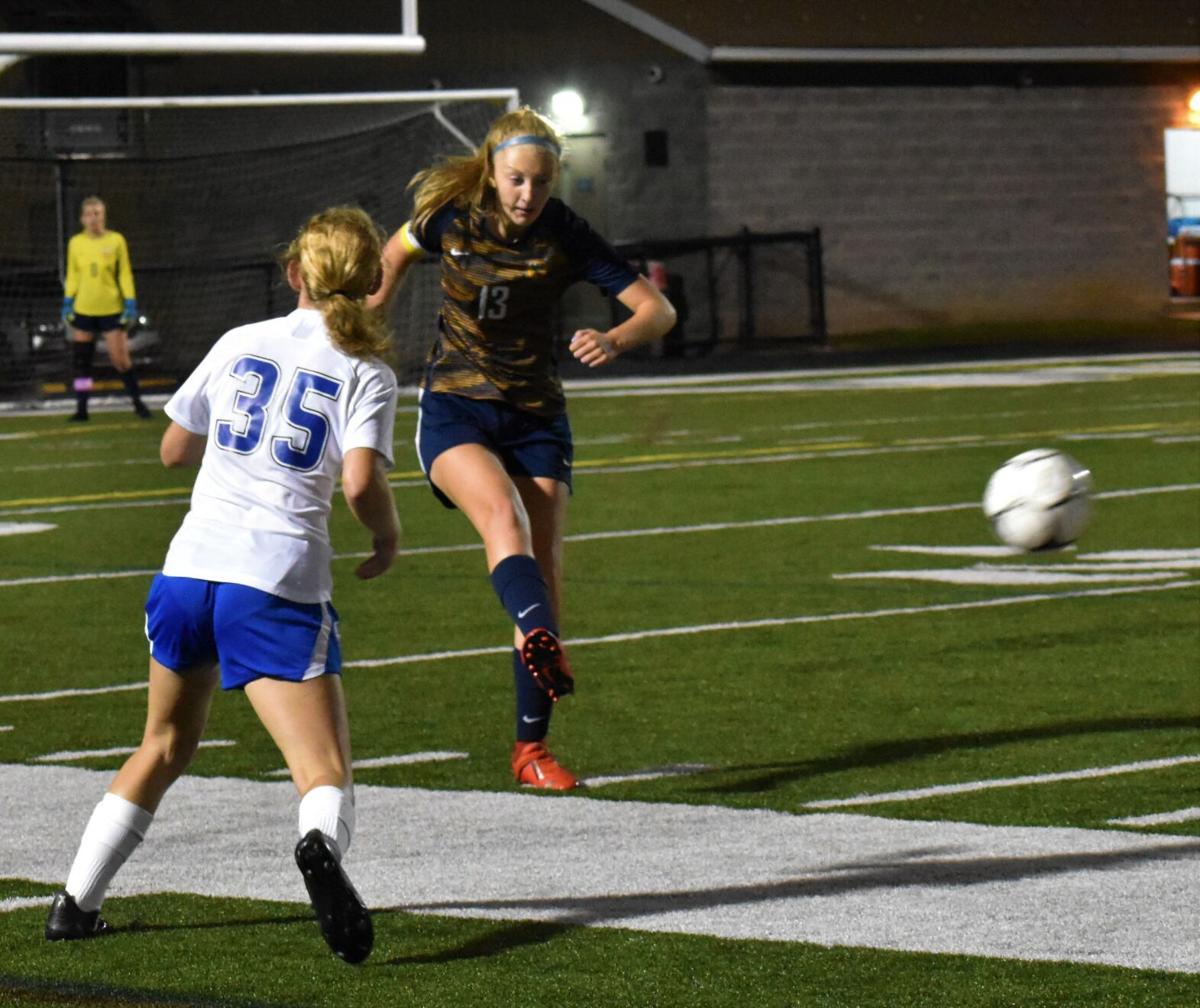 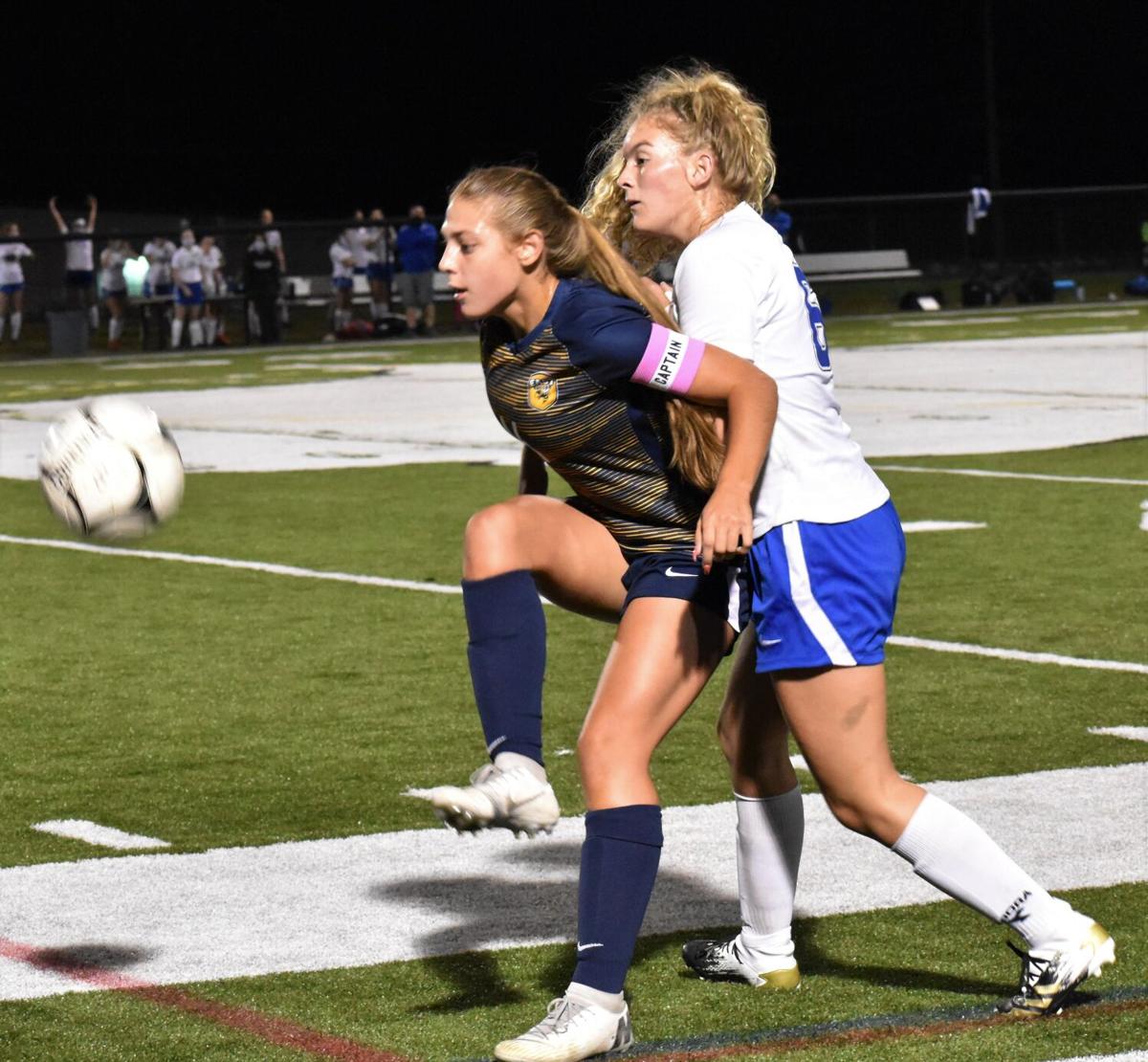 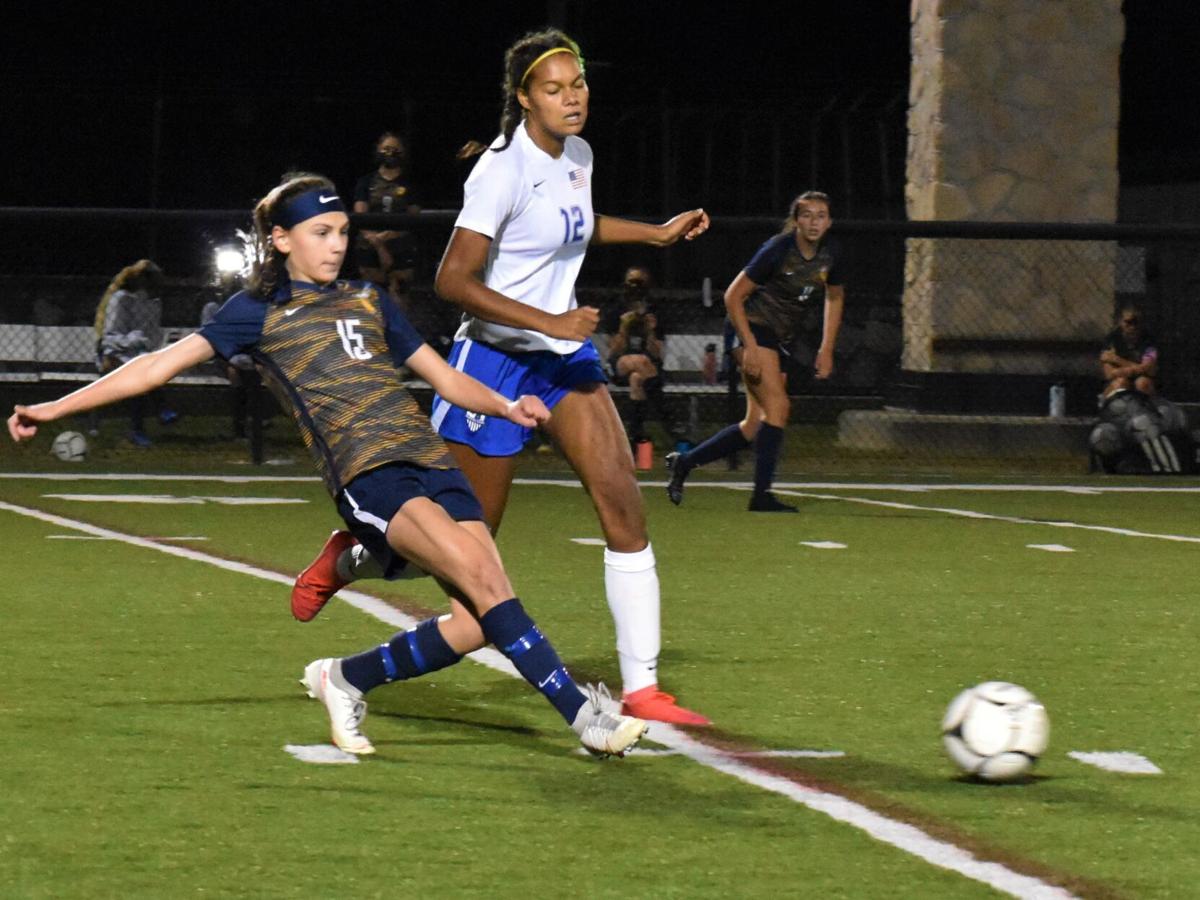 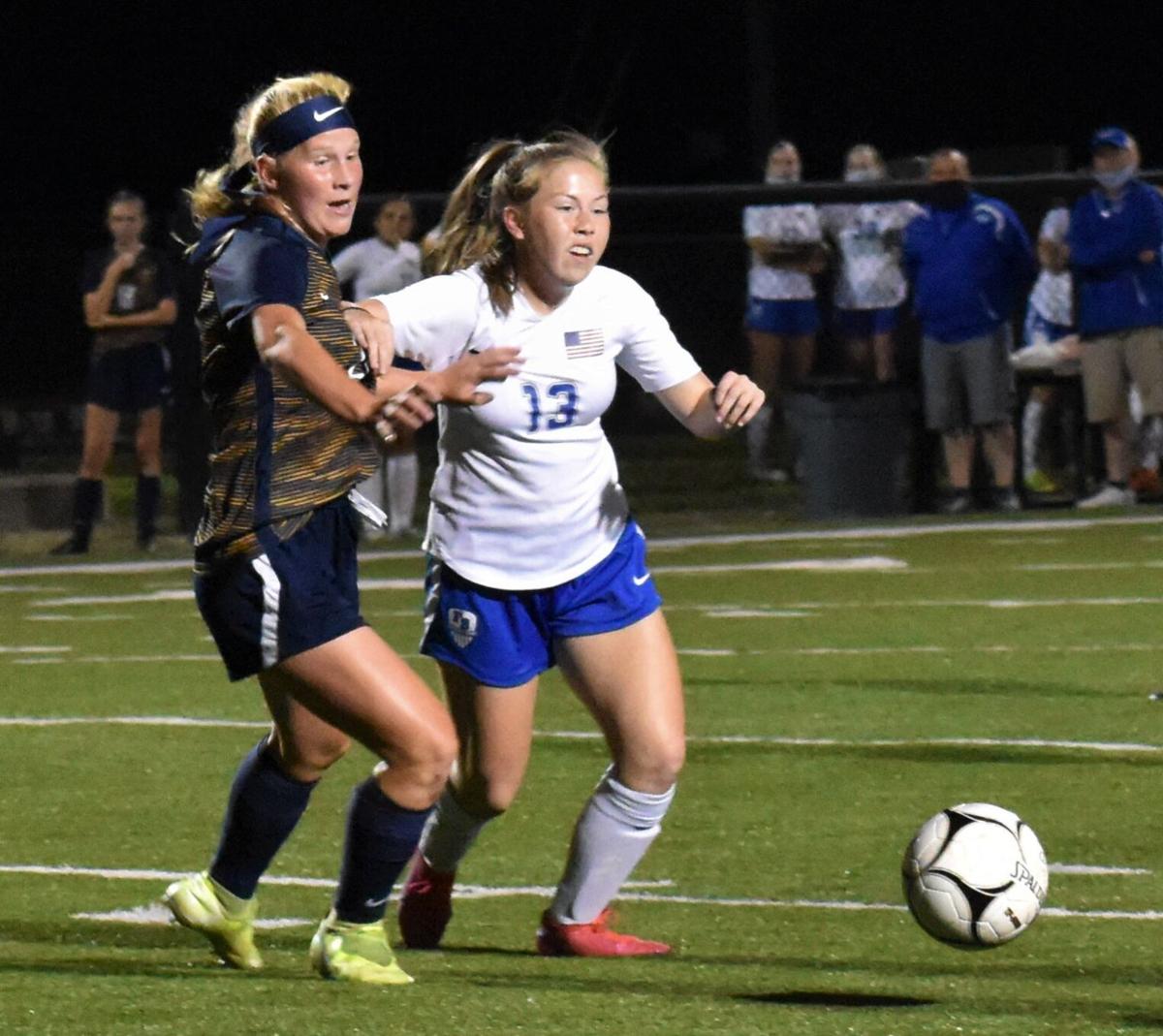 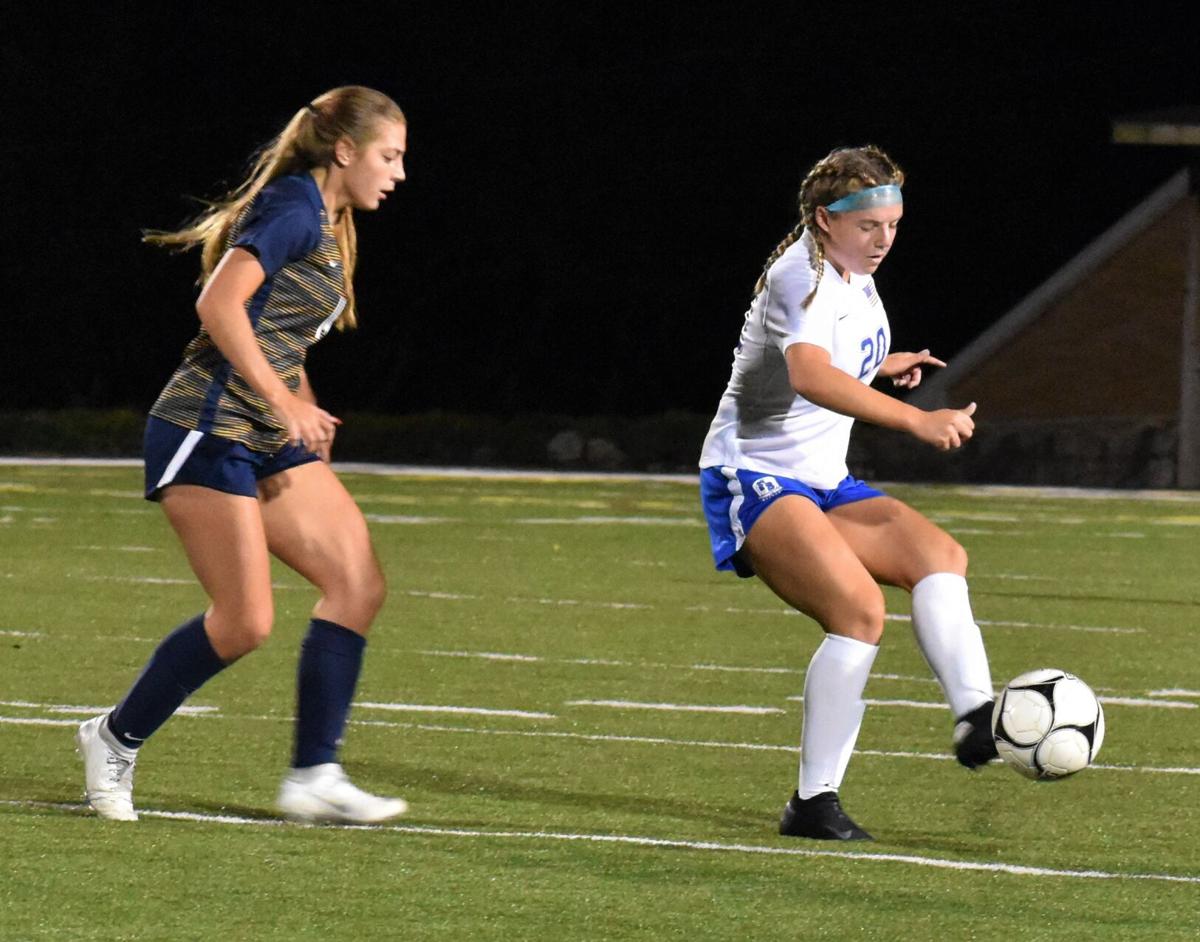 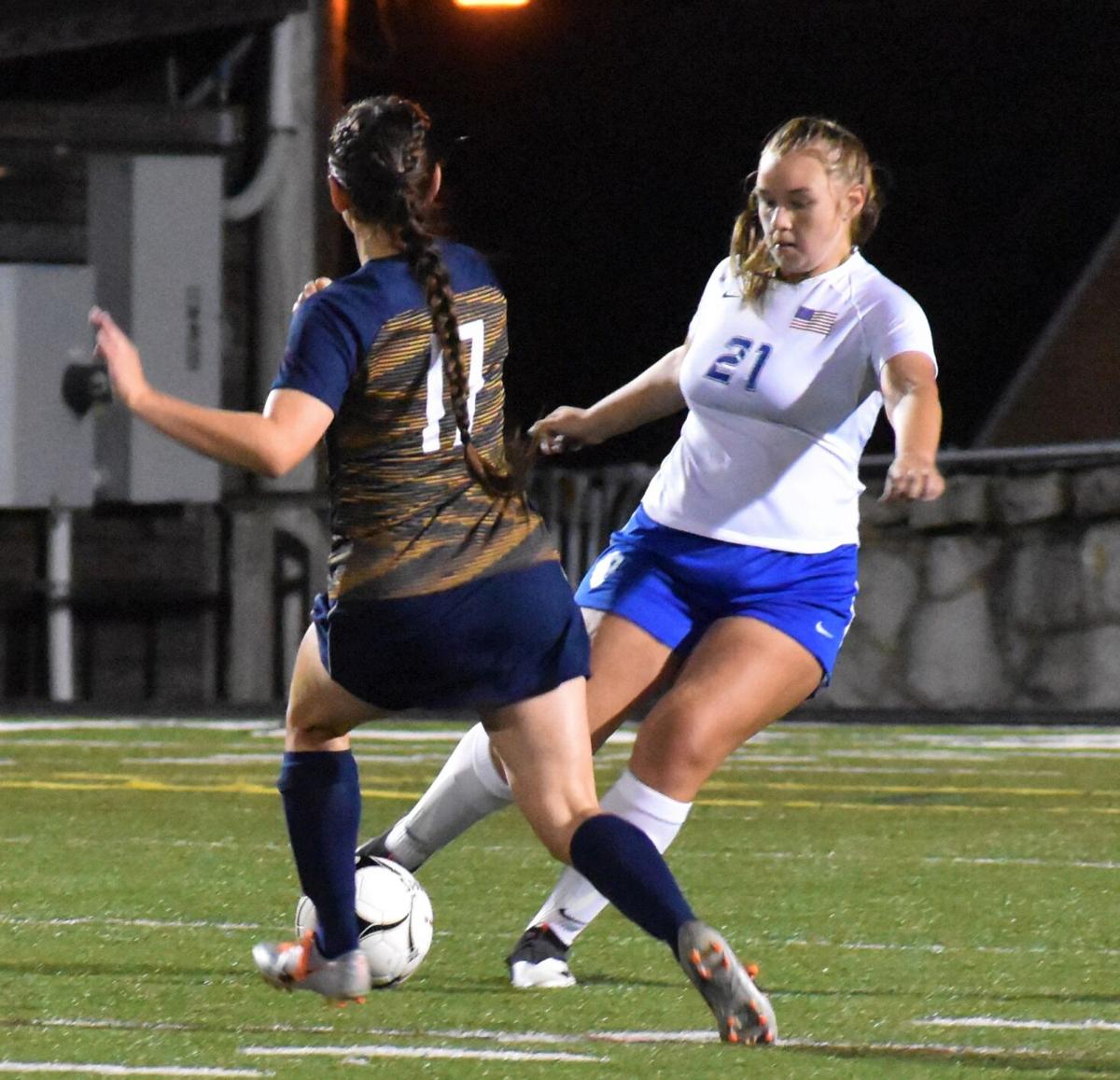 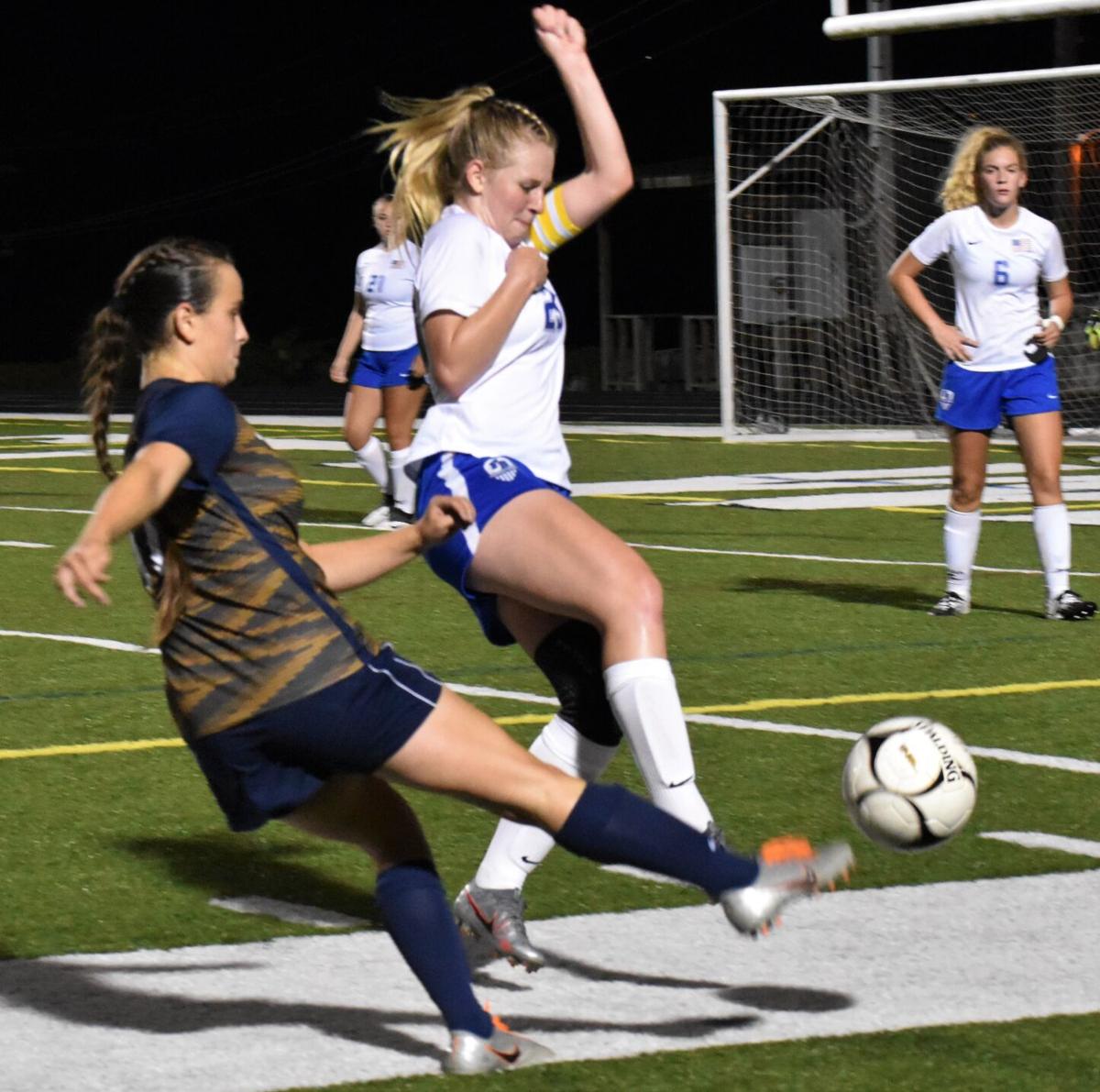 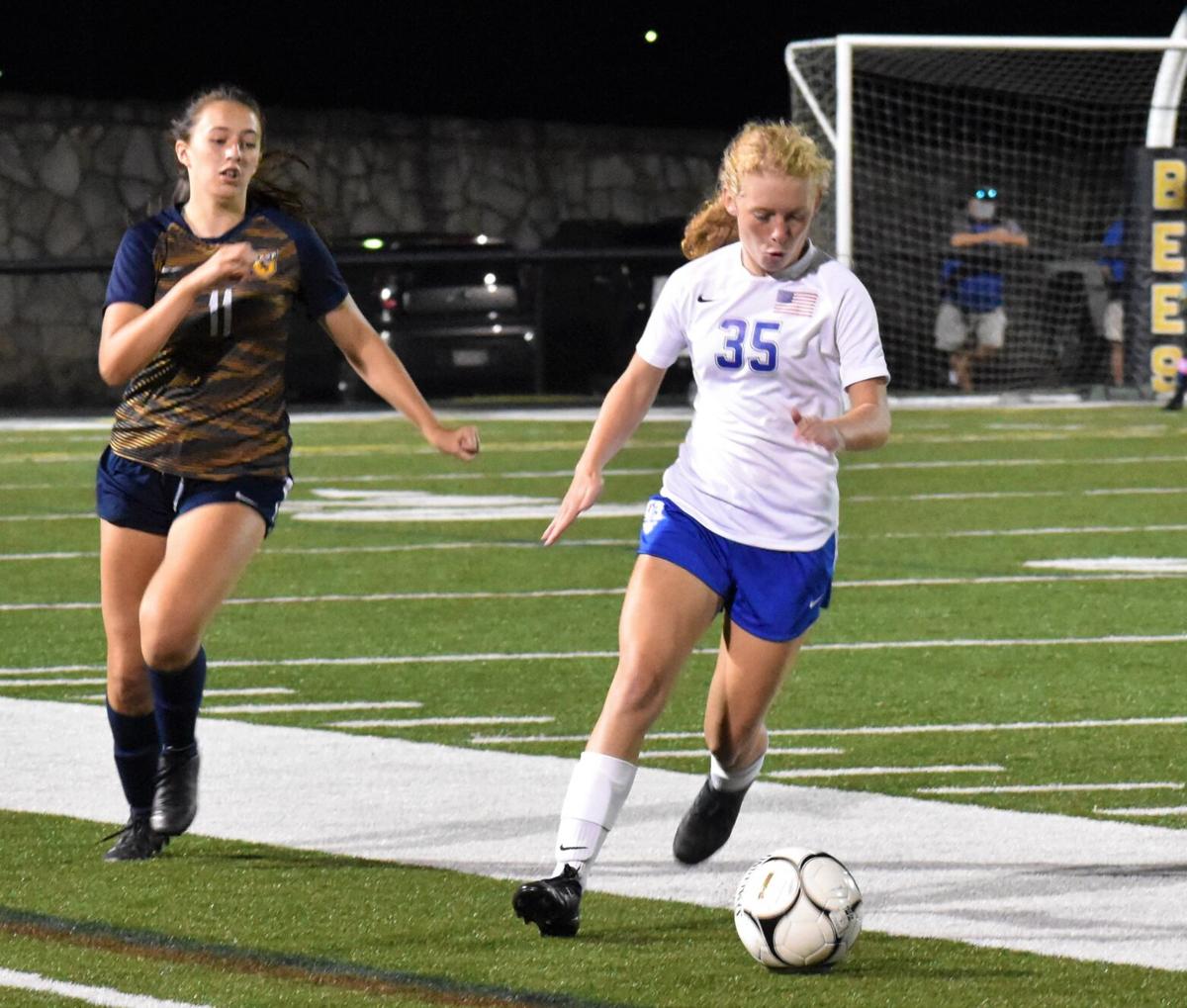 FAIRMONT — It was more stale than it was scintillating and certainly more grimy than it was glorious, but when all was said and done, the end result was satisfying all the same for Fairmont Senior.

Pitted against their crosstown rival East Fairmont in a rematch of last season's absolutely bananas sectional semifinal that ended their season, the Lady Polar Bears battled, grinded and eventually outlasted the Lady Bees 1-0 on Tuesday to swing the spoils of victory back to the West end of town.

"Our girls, we have the biggest heart. We have that will to win," said FSHS senior midfielder Tricia Lemasters, who scored the game's lone goal in the 36th minute.

"They're hard workers, they're intelligent, and they'll do whatever we ask of them," echoed FSHS assistant coach Buddy Lemasters of this year's Lady Polar Bears. "They're gamers."

Tuesday's matchup was eerily similar to that classic sectional semifinal showdown last October when the Lady Bees prevailed in an unprecedented sudden-death penalty kick shootout. The game's flow was a bit choppy, offense seemed to manifest more out of randomness than synchronized team play, and scoring chances were sacred treasures of utmost value.

But this time around, it was Fairmont Senior that could look past all of those rough patches and still smile with a beaming, triumphant pride.

"I know personally for me, I watched that (sectional semifinal) game and it hurt deep down," said Lemasters, who missed all of last season, including the sectional game, due to a knee injury, "so coming out and being able to take that 'W' back for West side is a big improvement for us.

The path back to the win column for Fairmont Senior on Tuesday revolved around soccer's sort of grunt work if you will — 50/50 balls, constant pressure, multiple defensive efforts — little things that when stacked upon one another amount to just the kind of slight advantage they rode to the victory. For the game, the Polar Bears (3-1) amassed an 8-4 lead in total shots and thoroughly won corner kicks 8-2, both of which were indicators of Fairmont Senior's overall possession advantage.

"I think in the last two-thirds of this game we really dominated as far as possession and opportunity," said Coach Lemasters, with Lemasters and fellow middies Adaline Cinalli and Seneca Arbogast playing central roles. "Obviously we had some near finishes and then we got the one solid goal in there. And hat's off, if we keep putting together wins like this, that's what it's about."

Lemasters' go-ahead goal in the 36th minute was owed to the luck of the ball's bounce and being in the right place at the right time more so than anything else, but Lemasters' handling and shooting chops also ensured the golden opportunity wouldn't be wasted as she teed up the loose ball right away and let loose with no hesitation.

"Honestly, it was just a lucky shot," Lemasters said. "The ball was mixing around between both teams right there inside the 6 and I just saw it open and hit a one-time quick shot to the back post corner."

The score finally overided a handful of near conversions for the Polar Bears earlier in the first half. FSHS came up empty on five total corner kicks in the first 40 minutes, including three in about a minute span with 10 minutes or so left in the half, and East Fairmont goalkeeper Kayla Black turned the Polar Bears back on two other occasions with stalwart saves, once toeing a shot just wide and then lunging to snag a Lemasters shot on the other. Black tallied five saves for the game.

Once Fairmont Senior took the lead on Lemasters' goal in the 36th minute, it relied upon the game's overarching trend of parched offense to bring home the victory. Yet, down the stretch run, and at times periodically throughout the game, East (6-1) sniffed its fair share of chances. Freshman phenom Kierstyn Maxey flipped the field for EFHS on several occasions off steals and 50/50 wins, and the Bees also pieced together snippets of tic-tac-toe attacks through Maxey, Makayla Comas and Becky Buchanan to unearth a couple of shots, most notably in the 17th and 72nd minutes on plays that required saves from FSHS keeper Rebecca Cox.

For the most part, however, Fairmont Senior's three-girl backline of Alisha Hayhurst, Joshlynn Boone and Maura Stark, along with Sidney Greene as the defensive center mid, put the clamps on East's transition game and dried up the Bees' outside-in setups by stepping to balls and playing passing lanes.

"Alisha back there is solid — she's smart, she's speedy, and she sees the field well. Then Joshlynn has been here for three years so we have faith in her, and Maura is an outstanding freshman with good pedigree and a lot of club experience," Coach Lemasters said. "So we have a lot of faith in our backline to be honest."